It’s time to wrap our week of AD TV Emmy predictions with the hugely popular Limited Series / TV Movie categories. OK, maybe less so on the TV Movie front and more so on the Limited Series front. As we mentioned yesterday, over the past year, the ADTV team grew, and for the first time, our predictions include input from contributors Kevin Dillon, Shadan Larki, Ben Randall, and the newest member of our team Jordan Walker.

The 2020 Emmy Limited Series / TV Movie races could be dominated by HBO’s Watchmen. The once drama-contending series was moved into the Limited Series race thanks to an uncertain future with a follow up season. It’s guaranteed a nomination, despite being left out by the Golden Globes and mostly SAG (where it only received stunt ensemble recognition). It will undoubtedly feature heavily in the Emmy nominations, likely amassing north of 15 bids. That number could perhaps approach 20 depending on the number of acting bids. Some Team AD TV members are predicting supporting players Louis Gossett, Jr., and Yahya Abdul-Mateen II. If they receive nominations in addition to the widely anticipated Regina King, Jean Smart, Tim Blake Nelson and Jeremy Irons, then 20 noms would be a foregone conclusion.

Also approaching 20 nominations would be FX’s period series Mrs. America. The series, which documents the struggle to ratify the ERA, could coast north of 18 thanks to the robust female performances alone. The magic question is just how many nominations will it receive in the Supporting Actress race? Most are predicting an average of two bids here with Jordan Walker predicting a shutout in the Supporting Actress race for Mrs. America. That would be a shocking turn of events.

FX has won the Limited Series Emmy three times in the past year, so Mrs. America could provide their fourth trophy. However, two of those wins came from the House of Ryan Murphy, and he’s back in contention this year with Hollywood – a Netflix production. Sight unseen, many were predicting a mountain of nominations for the revisionist series. That is, until they saw it. To be completely fair, many love Hollywood as it provides a viewpoint and representation of minority groups mostly unseen in modern television. But a lot of critics thought the younger cast didn’t have material that rivaled the older cast, dragging down the overall quality. Few here are predicting the series to make it into the top five, but co-stars Jim Parsons, Joe Mantello, Patti LuPone all seem poised to receive nominations.

But who knows? The Television Academy loves Ryan Murphy, so we could see the lush and visually splendid series go north of 15 nominations too.

We will see next Tuesday… 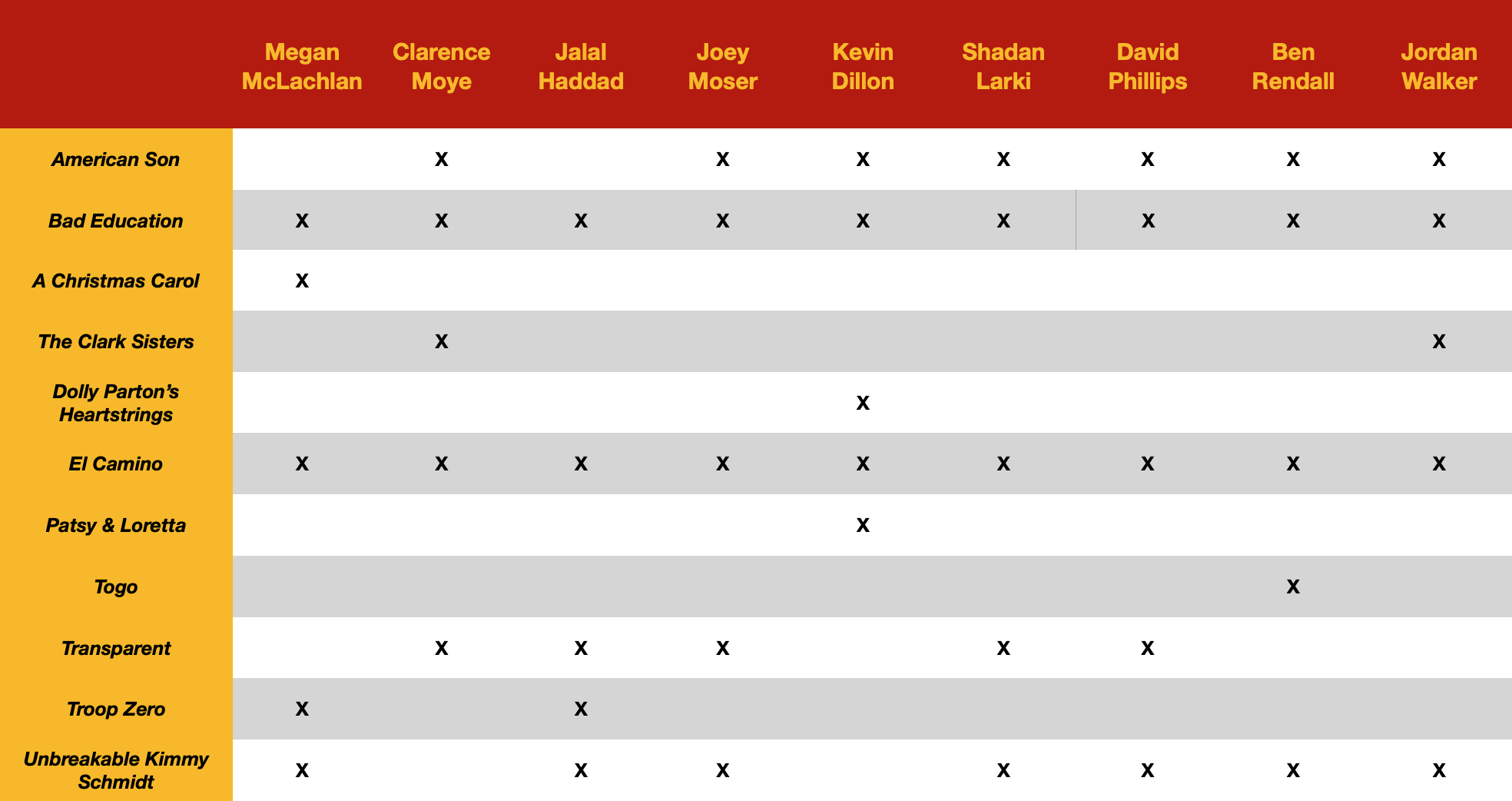 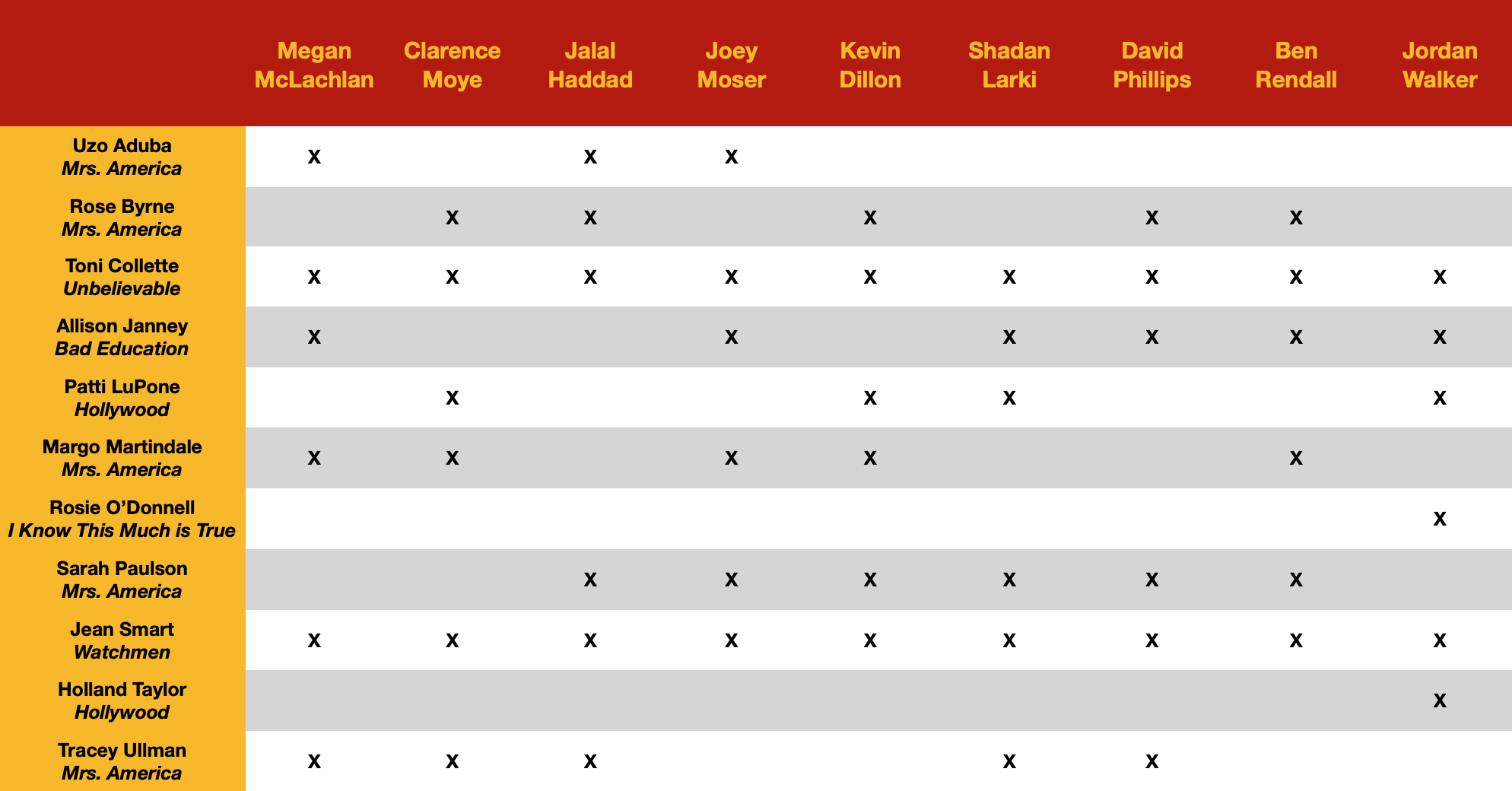 How Rudy Mance Infused the Gilded Age with Modern Fashion for 'The Alienist: Angel of Darkness'