Kaufman’s Back and He’s ‘Thinking Of Ending Things’

by Clarence Moye
in Trailers
2 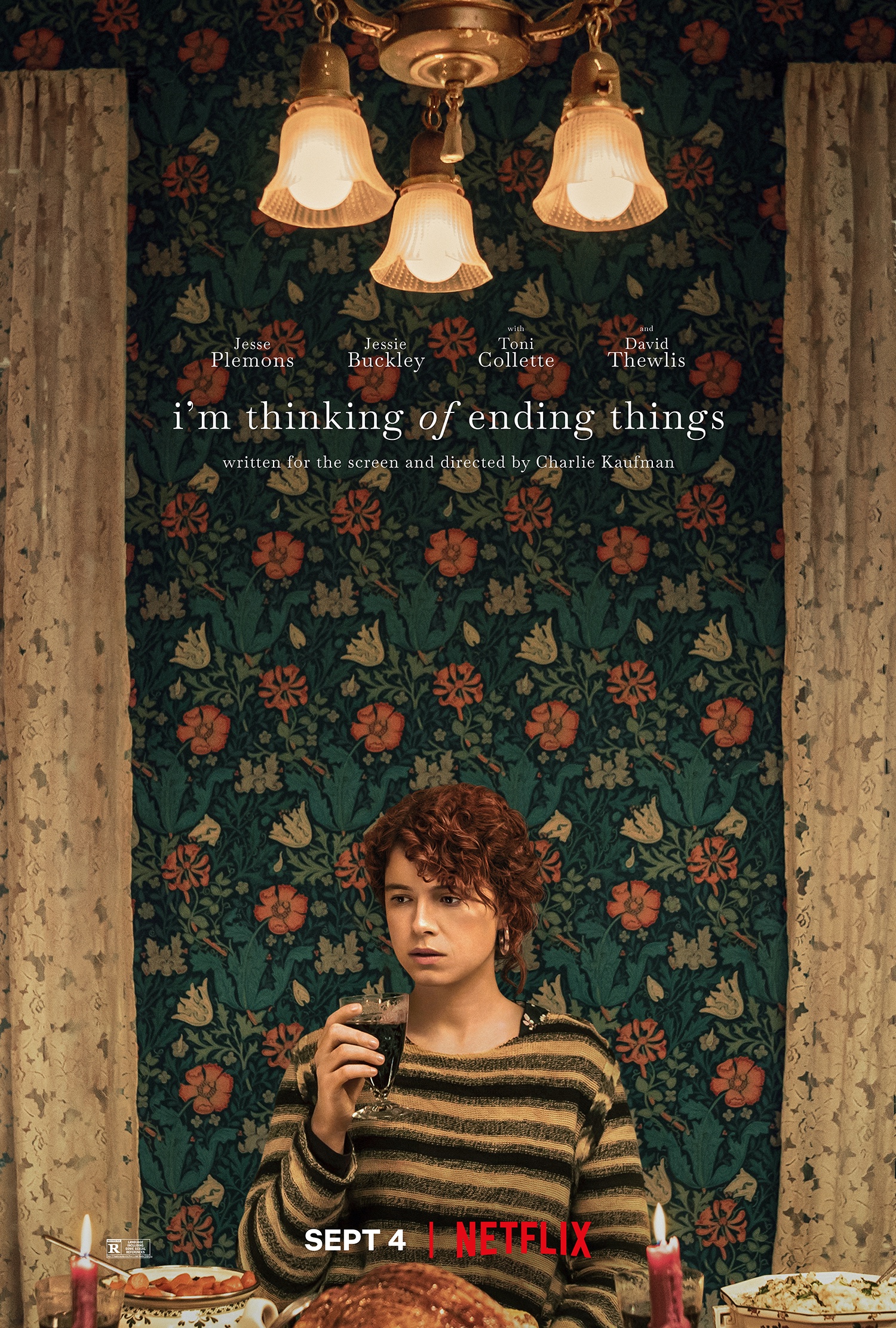 Oscar-winner Charlie Kaufman (Eternal Sunshine Of the Spotless Mind) turns his unique sense of visual oddities to the thriller/horror world with Netflix’s I’m Thinking Of Ending Things. I just started the Iain Reid novel, and it’s a good read. I’ve yet to get to the parents (played in the film by Toni Collette and David Thewlis), but you can see from the newly released trailer that Charlie Kaufman is going to have a field day with this material. I’ve often wondered what a Kaufman horror film using the visual style of Eternal Sunshine would look like, and this is apparently very close to just that.

In addition to Collette and Thewlis, Kaufman’s film stars Jesse Plemons and Jessie Buckley as the main couple on the potential brink of a break-up. Kaufman wrote and directed the film based on Reid’s novel.

Despite second thoughts about their relationship, a young woman (Jessie Buckley) takes a road trip with her new boyfriend (Jesse Plemons) to his family farm. Trapped at the farm during a snowstorm with Jake’s mother (Toni Collette) and father (David Thewlis), the young woman begins to question the nature of everything she knew or understood about her boyfriend, herself, and the world. An exploration of regret, longing and the fragility of the human spirit, I’M THINKING OF ENDING THINGS is directed and written by Academy Award winner Charlie Kaufman (ETERNAL SUNSHINE OF THE SPOTLESS MIND). Inspired by Iain Reid’s bestselling namesake novel.

Ruth Ammon On Designing Sarah Howard's Office and How The Gilded Age Predicted the Selfie in TNT's 'The Alienist: Angel of Darkness'