by Sasha Stone
in featured, News
2

The Oscar world was abuzz with another shakeup at Variety – where there have been a lot of shakeups of late – that Clayton Davis would be their new awards editor, much like the job Kris Tapley did when he was there. As you all know, Davis has been around and running his Oscars sites – The Oscar Igloo and later Awards Circuit for quite some time, almost as long as we have here. The earliest WAYBACK I could find was 2005, but that site – run by Johnny Alba says “predicting since 2003.” 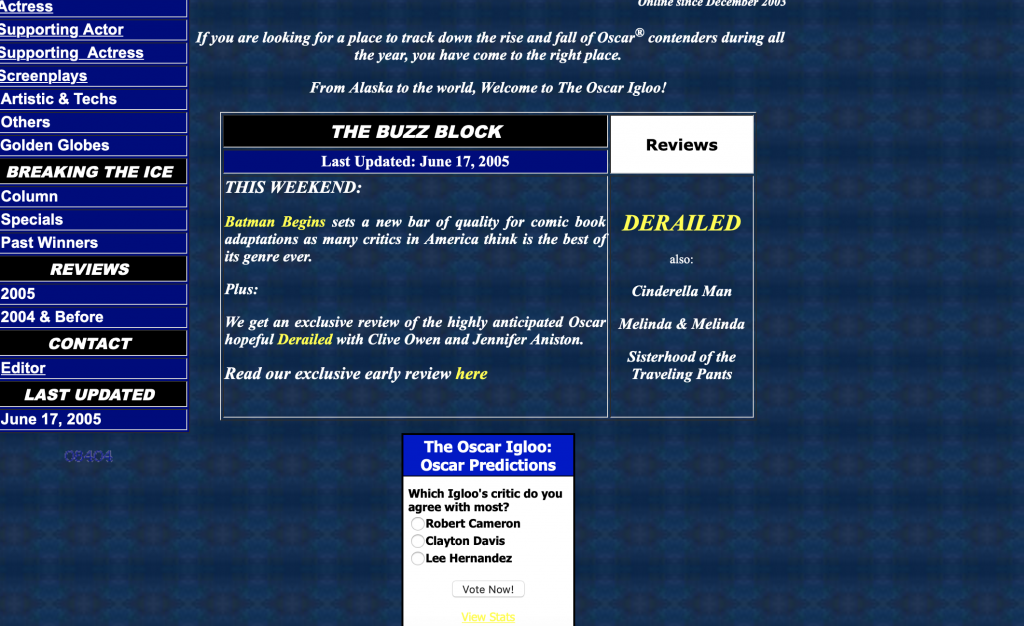 Clayton has done more than just run his Oscar site, he has pushed for diversity and inclusion recognition in the industry, with critics awards (African American Critics Association, among others) and with the Critics Choice awards. Awards Circuit’s fate at this time is not known. Lots of great writers there who can use that as a springboard towards other opportunities. But whether the site remains standing or not remains a mystery. Clayton will start at Variety on September 1.

So now both AwardsDaily’s Jazz Tangcay and AwardsCircuit’s Clayton Davis are working at Variety. Oscarwatch’s mind from 15 years ago is blown. The times, they have a-changed.

AwardsDaily wishes Clayton Davis the best of luck in his new gig.

Picture included of Clayton and fellow AwardsCircuit writer Mark Johnson chatting up Eddie Redmayne at Telluride this past year.