Robert Komatsu On Setting the Tone For ‘Mrs. America’ Through His Emmy-nom’d Editing

FX’s Mrs. America tells the story of Phyllis Schlafly, the infamous conservative firebrand who takes on the ERA movement in the 1970s. Through the series, we’re introduced to many key players and perspectives within the feminist and conservative movements of the time. It’s a balanced and thoughtful portrayal of not only the era itself but also the women struggling for power within a male-dominated world. 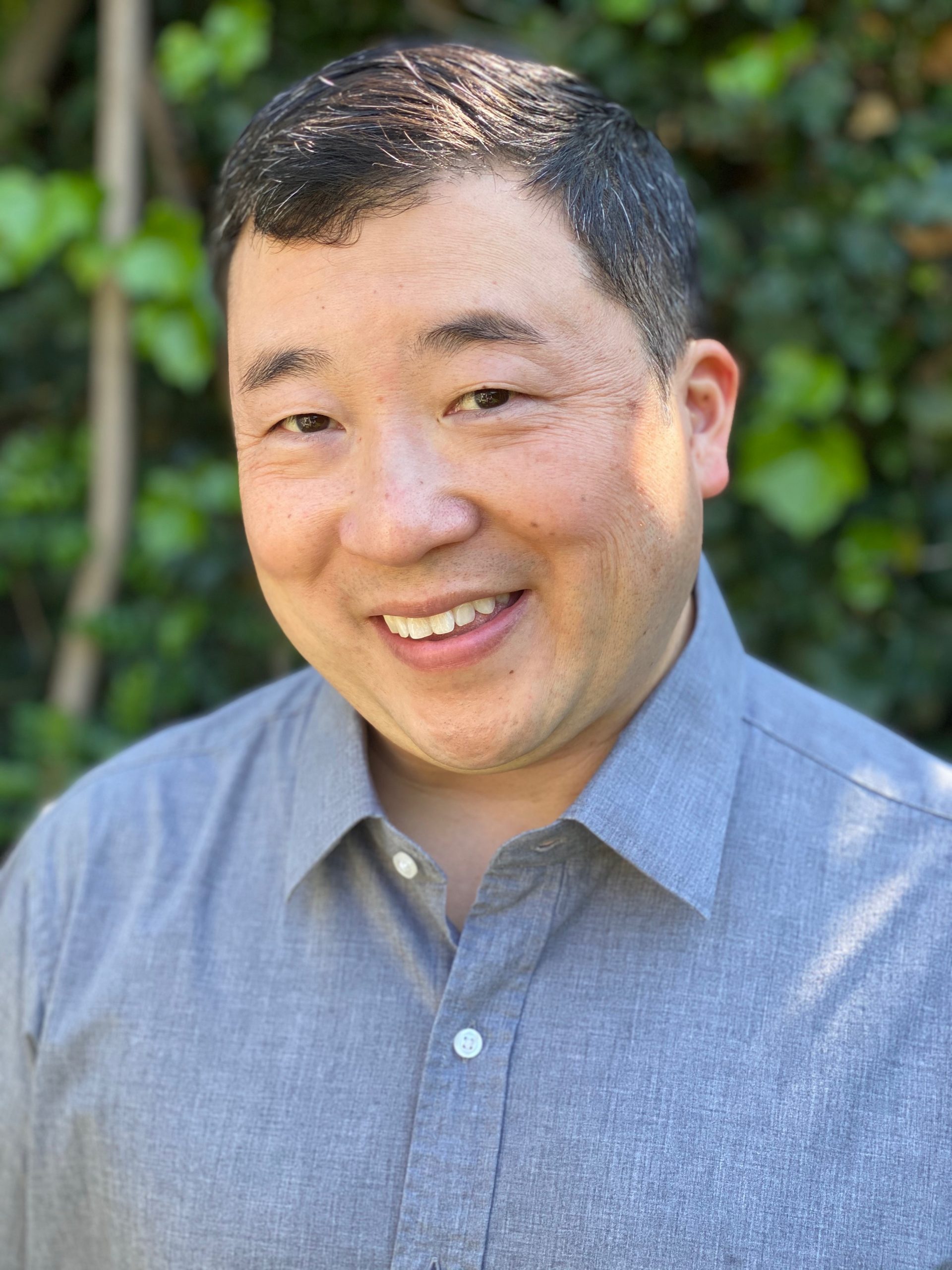 The series also offers a palate of 1970s visuals and editing rhythms, thanks in part to Emmy-nominated editor Robert Komatsu, ACE. He partnered with directors Anna Boden and Ryan Fleck, as well as co-editors Emily Greene and Todd Downing, to create a distinct 70s flare in the visual storytelling. Split screens and archival footage make the entire series feel brilliantly grounded in the era in which the events originally transpired. And it all starts with Komatsu’s Emmy-nominated work on the pilot, “Phyllis.”

Here, Robert Komatsu tells Awards Daily how he embarked on a collaboration with not only Boden and Fleck but also co-editors Greene and Downing. He talks about why he chose “Phyllis” as his Emmy submission. Finally, we dive into three specific sequences that help define the character of Phyllis Schlafly from the very first scene.

Awards Daily: So in looking at your work in Mrs. America, you split the project with two other editors. How did you collaborate to ensure that there was a seamless experience for the viewer in the editing of each episode?

Robert Komatsu: We shot episodes one and two simultaneously, and I was cutting the first episode and Emily [Greene] was cutting the second episode. Normally, we would both start on day one of shooting, but I started a couple weeks earlier because they wanted me to work on archival footage. Emily started on day one of shooting, and we started this fantastic collaboration. First of all, we collaborated on temp music. I had certain ideas. She had certain ideas, and we sort of curated them together and created this comprehensive temp music package that we sent to Anna and Ryan [Boden and Fleck, directors] so we could start conversations about it. Then, our collaboration just kind of went from there.

We also collaborated on our titles. If you’ve seen the show, then you know we have these really big titles. You’ll see “1971,” and it takes up the whole frame. We starting with figuring out what kind of font we wanted to use. I came up with a shortlist, she came up with a shortlist, and we started comparing. I think we liked one that she had found best. We wanted to find something that evoked the 70s, but we didn’t want it to be silly or look like we were trying too hard. So, we tried it individually in our scenes, and I remembered she came in my room and saw the entire frame taken up. She was like, ‘Oh, I love it!’ So that’s how we came up with the title. It was yet another collaboration that we did together.

We would always show each other our scenes, and it was really interesting because my first episode dealt mostly with Phyllis Schlafly, who’s played by Cate Blanchett. That’s the whole conservative side. Emily’s episode two, “Gloria,” mostly dealt with the feminists, and Anna and Ryan had a different visual style for both worlds. The conservatives were very classically shot with smooth camera moves. The feminist side was herky jerky, handheld, chaotic energy. For the first part of the shoot, I was cutting a lot of conservative stuff, and she was cutting a lot of feminist stuff. When we started crossing over, we would confer on how to cut the feminist or how to cut the conservatives. We started collaborating on that style as well.

AD: So, of the three episodes that you did, what was it about the episode “Phyllis” that best represents what you did for the series?

RK: It’s kind of like a Sophie’s Choice, right? Everyone suggested that ‘Phyllis’ was the one that should be submitted, and I couldn’t argue with it. Cate Blanchett is amazing. It was also because there were two things in the pilot that really set the tone for the whole series. One of them was the use of split screens which wasn’t scripted. That was something that really evoked the 70s. In fact, I’d say it was based a little bit on The Thomas Crown Affair with Steve McQueen. It became a thing where they decided to use split screens throughout the whole series. By the time we got to episode seven ‘Bella,’ which I also did with Anna and Ryan, it was actually written into the script. I was very happy something we created for the pilot that wasn’t originally planned became a style for the whole show.

The other thing was the usage of archival footage. That was also not scripted either. The producers always had a theme per episode. For example, they always knew they were going to, in episode one, focus around the time when Shirley Chisholm announced her run for the presidency. So, we had to find something there. In episode four with Betty, we opened the episode with the Roe v. Wade decision, so we needed to find some footage about abortion. Episode seven is really about the state conferences that lead up to the national women’s convention. So, I found footage of various state conferences, and some were peaceful but some were really contentious. The footage looked like the liberals and conservatives might come to physical blows. I made that a split screen sequence as well where you might have a peaceful state conference and then a contentious one.

Since the pilot established a lot of the look for the show and you’ve got the amazing Cate Blanchett as the lead story of that episode, it seemed the natural way to go.

AD: There are three set pieces that really helped define her experience in that first episode. I’d like to talk a little bit about each one of them. The first sequence is where the audience first gets their taste of who Phyllis is as a political presence, and that is on the Conservative Viewpoint show with James Marsden. Tell me what you’re trying to convey about her through your editing of that sequence?

RK: The Phil Crane scene was actually the very first scene that was shot. What a monster way to start to start shooting and to start editing. We were really diving into the deep end. What I really wanted to show in that scene was you start off showing Phyllis and you don’t really know who she is. She’s just kind of quietly smiling, and she’s being very polite. It’s become very apparent that she’s incredibly smart, and she’s like an expert on defense. She also shows that she doesn’t really know too much about the ERA at the time. It really wasn’t on her radar. She wasn’t really taking it seriously.

The goal of that scene was to basically show how she can be in command. By the end of the scene, she’s the one in charge. That was the goal of the scene. We had a lot to play with, more than we needed. The question became how much do we have to show and how much do we not need to show. This is the beginning of the episode, and we’re starting it with a pretty lengthy dialogue scene. So, it just became a level of balance.

AD: The second example is one of the best sequences in the series – the Barry Goldwater office sequence where she’s the lone woman in the room. What does the editing infer about her there?

RK: Funny enough, the Barry Goldwater scene was the second scene they shot. It was also the first scene I actually ended up sending to Anna and Ryan. We already established that she could hold her own, but now she’s going to Washington and it’s an honor and a privilege that she’s invited to get to go to this meeting with Goldwater. So, she’s happy about that. She’s thinking she’s talking about defense. She’s immediately shot down and sent to take notes.

Remeber, the ERA really wasn’t in the forefront of her mind, but when she arrives in Washington, we show like pro-ERA marchers. Then, you could actually hear them outside Goldwater’s office. We played a lot with the sound design because, when she goes to get a pen and a notepad to take notes from the secretary, we really muffled the sounds of the men in the room. I wanted to show that we’re going internal into Phyllis head. She’s upset, and she wants to be in that room. Then, we segueway the mix, so that you can hear the ERA chants through the window, and it kind of is the spark right there. Phyllis is a complete opportunist, and she goes back into the room and starts pivoting from defense to the ERA. That’s how she takes command of the meeting. In the end, she basically obliterates the rest of the men in the meeting. She takes control again, and that’s where she realizes this was her ticket, the anti-ERA movement. So that was the importance of that scene. I think it was interesting that we did that through not only the craft, the dialogue, the editing and pacing, but also through sound design.

AD: The third scene that I’d like to cover is when she takes that message back home and holds the luncheon. She’s talking about women who don’t have husbands or don’t have children. Those are the ones that are involved in the ERA. Then, you’ve got poor Jeanne Tripplehorn as her old maid sister in law listening to this message. There’s a lot going on in that sequence, but that cutting between Eleanor and Phyllis really hit.

RK: Yeah, I mean, she really throws Eleanor under the bus there doesn’t she? And twists the knife! Pyllis goes off script. Her written speech goes over well, but it’s when she talks about Gloria Steinem not being a mother, and they’re all these old maids. The reaction she gets from the women in the room just really fuels her. It just feeds into how Phyllis was an opportunist. She realizes this is her ticket. She goes off script there and just really twists the knife for the laugh but totally at the expense of Eleanor. We wanted to really punctuate with Eleanor clocking what’s happening and becoming incredibly hurt by it. We didn’t want to overdo it. In fact, I think we ended up doing a little less than initally designed, but we also held on her longer because, at this point, part of the focus of the scene is not Phyllis. It’s about how it affects Eleanor. That was the balance of how we wanted to portray that subtly without hitting you over the head too much.

AD: Yeah, it’s a it’s a really great sequence, and Eleanor’s the silent sufferer. Every time she came on screen, it just broke my heart.

RK: I know! It’s like what are you guys gonna do to Eleanor now!

AD: Robert, I think that’s everything that I had for you. Congratulations on your Emmy nomination and best of luck to you!