Emmy-Nominee Kathryn Robson on Helping to Bring 40 Years of Family, LGBTQ History to ‘Circus of Books’

"There is a nostalgia there. But. I think it's also about reframing that history and exposing something that maybe wasn't seen or acknowledged in the moment."

Read our Interview with Kathryn Robson below: 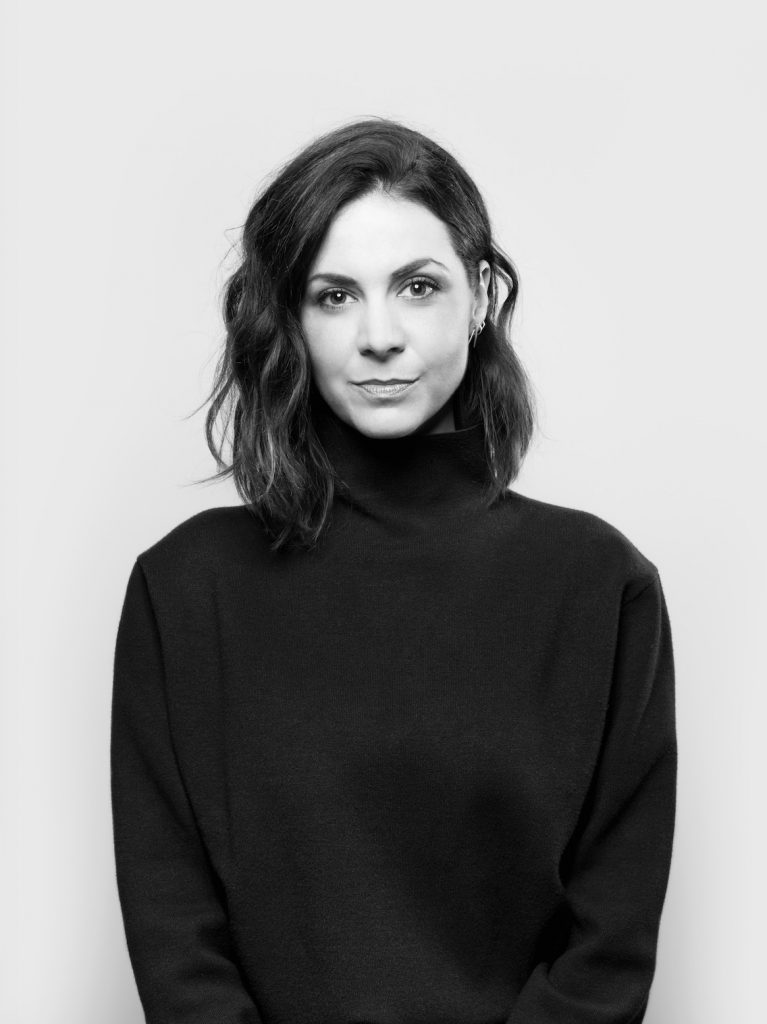 Awards Daily: Kathryn, let’s start at the beginning. How did you get involved with Circus of Books?

Kathryn Robson: It’s kind of funny, fortuitous story. I did my Master’s Degree thesis on pornography, the hetero female use of pornography. I had been in L.A. for a few years working as an editor and producer. A producer friend of mine who is also a friend of Rachel’s, we were just talking about my research and she said, ‘Oh my God, I know this director who’s looking for an editor. She’s got a documentary on her parents’ porn store. You have to meet her.’ I met Rachel and she just told me the whole story—told me about the store, told me about her family, her parents, the FBI charges, the raid, everything. It was such an incredible story and I said, ‘I would just love to work on this.’ And we started working together.

AD: Circus of Books is your first writing credit. How did that come about?

KR: Well, editing a documentary really is writing. You know, we worked so closely together, bringing the story together, weaving all the different components and distilling things down to their most salient points. And it just made sense that we would have this credit because, really, so much of how the film came together happened in the edit, and came together with this writing process that we went through.

AD: When you have so much information that you’re trying to pack into a film and you’re trying to make it coherent and make it flow, how do you go about? In an interview with Awards Daily, Rachel said she had almost four years’ worth of footage. Talk me through the process of deciding what to include in the final cut.

KR: Yeah, in many ways that was the biggest challenge, which is not a bad challenge to have —not all documentary projects come with these incredibly rich, dynamic, whole stories. And that was the challenge. There was so much story. So, how do we distill this down to roughly 90 minutes? It’s 40 years of life. And there are so many interesting things about her parents and their personal lives that we just could not fit into the film.

Rachel’s been working on the project for so long. I think I did a count once and there was roughly 170 or 180 hours of footage and we had to figure out, ‘Okay, what are the main storylines that we’re telling here?

We came up with three main storylines— the story about the store itself, the story of Rachel’s family, which really became the heart of the story and the through-line for the whole thing, and then also the broader social and political elements there as well. We pan out from L.A. and we talk about what was happening for the LGBTQ community in the United States more broadly — talking about what Reagan was doing, the moral majority movement, the anti-obscenity movement and how that was really weaponized to target the gay community while simultaneously doing very little to address the AIDS crisis. We were weaving those three things together.

There was a lot of structure. We had a whiteboard, we would move things around and say, ‘Well, this scene works better here.’ And, ‘How do we transition from this personal family moment back into what was happening in the store or what was happening politically?’ And as is always the case with docs, there were many, many different iterations of the film before we landed on this one. So, it was laborious, but it’s always really exciting to have so much story to work with.

AD: You, obviously, worked closely with Rachel, who is very intimately tied to the project, I mean, there’s nothing closer than your own parents. What was that like for you?

KR: This was my first experience working with a director where they were also telling their own story. I really tried to approach it with so much sensitivity, so much nuance, so much understanding. In the beginning, our process was really just conversation and learning— about Rachel, learning about her family, her parents, their history. There are so many subtle things that ended up being really important to the story that I wouldn’t have known had we not had these really in-depth conversations.

For example, Rachel was this sort of wild child in the family and could get away with outlandish things. You know, her parents wouldn’t bat an eye, necessarily, but that for Josh, her younger brother, he always had this aim for perfection. It was so important to him to be this golden child. And so many young LGBTQ people have that experience before they come out— this sense of, ‘I need to be perfect. I cannot falter.’ And just knowing that that was the dynamic between the two of them as siblings and how foundational that was to him coming out, but also to so many young gay people’s stories about coming out.

AD: This documentary is, in many ways, a love letter to the LGBTQ community. How familiar were you with the community, with their history, and with the different topics that you explored within the documentary?

KR: Yeah, that’s a really great question. I’m from Toronto and I grew up in the gay community there, Church and Wellesley. I was always surrounded by gay culture growing up. And in fact, when I was really young, I did a kid’s show in the early nineties where I followed an HIV positive man for several days to see what his life was like. That, obviously, left a huge impact on me. It was dealt with in an age-appropriate way to explain to young people what it meant to be HIV positive. But, it created a deep sensitivity in me for what that trauma was. And then when I was a little bit older, I dropped out of high school for a time and I actually really immersed myself in a community of young, unhoused teenagers, many of whom were gay and many of them had been forced out of their homes because they were gay. That was an incredibly eye-opening and moving experience as well. Ultimately, I ended up finishing high school, going to university,  and going to grad school.

AD: Circus of Books is very much about how the internet has shaped the culture and the whole reason their stores, unfortunately, had to close was because of the internet taking up that space.

KR: Yeah, I mean, it’s sad. Apps have done a lot of work for the gay community in terms of filling the space, the physical spaces Circus of Books used to fill. And hopefully, we will have fewer and fewer barriers for the gay community in order to be able to connect with each other. But, there is a loss there. These physical spaces really do mean something. I think, now more than ever, when we’re all confined to our homes we understand the value of meeting in person, of building community in person. That’s what Karen and Barry provided just by being stewards of the stores— the physical space for a community to come together.

AD: Has Circus of Books provided you a new perspective that you didn’t have before? What’s been new to you during this process?

KR: I did not know a lot about the LGBTQ history of Los Angeles, specifically. I knew a lot of the stories about San Francisco. I knew about New York, but I really didn’t know much about L.A. It has a very unique and very, very early and important history when it comes to gay rights, the Pride movement, and civil rights—that was exciting to learn. And particularly to see these interviews with gay elders from Los Angeles who were there from the beginning and to be able to capture their experience and their story —that was hugely eye-opening for me. And again, something that was really important to Rachel and me to include in the film.

And, you know, part of what really excited me about this project is that it’s an archival-heavy project. Those are some of my favorite projects to work on because it does transport us back into another time, even visually —there’s a texture that you get to play in with home videos and camcorder footage. There is a nostalgia there. But. I think it’s also about reframing that history and exposing something that maybe wasn’t seen or acknowledged in the moment. I love to be able to do that with projects.

AD: And what are you working on now?

KR: The next project that I’m working on right now is for Joey Soloway, the Transparent creator, and it’s similar. It’s also a personal story of their childhood experience growing up in this very experimental housing development in the south side of Chicago.

And as I’m learning, Chicago is a notoriously segregated city and this housing development was meant to be multi-racial, multi-socioeconomic status.

It’s again looking back in time, using a lot of archival material to examine this personal experience that, maybe now as an adult, Joey has a different perspective on, and also panning out to talk about some broader social, political, and cultural things.

AD: Looking forward to it! Thank you for your time, Kathryn. And good luck!

Kathryn Robson is Emmy-nominated in the Outstanding Writing for a Nonfiction Program category. Circus of Books is available on Netflix.

Diane Warren, Laura Pausini Deserve To Be “Seen” and Recognized For Their Beautiful “Io Si”

Watch: Scott Wheeler Discusses the Makeup and Prosthetic Work Behind ‘One Night in Miami’

Leslie Odom Jr. On Creating Art Alongside the Impact of Sam Cooke’s for ‘One Night in Miami…’