Full disclosure: I’m not in Venice. The organizers’ commitment to holding a “physical” (still hating that description) edition of the festival is admirable and no doubt a morale boost to the global film industry, but I’m simply not ready yet to sit in enclosed spaces with hundreds of international journalists for ten days. It’s the first time in seven years that I’m not spending the first week of September on Lido and I miss it terribly. But what can you do?

An incidental outcome of the disrupted festival circuit this year is that many films have been stuck in limbo since March. SXSW, an early casualty of the pandemic, was forced to cancel just days before its scheduled start. Their competition jury soldiered on and even announced winners from a lineup that no one got to see, including TOPSIDE, the feature debut from writing/directing duo Celine Held and Logan George. Now, selected again by the Venice International Critics’ Week, the film finally made its world premiere and, thanks to the possibilities of “remote” (another fashionable, nonetheless ugly term) festival coverage, we can confirm that it is indeed a low-key gem of a heartbreaker.

The story centers on a young, troubled woman named Nikki (played by Held herself) and her 5-year-old daughter Little (Zhaila Farmer). We learn about the unusual circumstances of the two, who live among a loose group of squatters in the dark underbelly of New York City. Cut off from civilization, mother and child must make do with very limited means. Despite the material hardship, they lead a contained, self-sufficient, defiantly happy existence. The bubble of their unlikely bliss bursts one day when the city comes to clear out the underground. Left with no choice, Nikki takes Little to the “topside” for the first time, where a journey of survival and realizations begins.

Held and George’s screenplay is deceptively simple, built around a modest number of characters and locations. The economy of its construction and the depth of its compassion stand out, however, after one lives through an eventful night with two literal nobodies and sees them in a whole new light. In its first act, the writers take time to establish Little’s world. Its stern look and suspicious sounds. Its glories, perils and daily rituals. Its magnitude in the eyes of someone who has never known any other place. The success of this world-building is not so much proved as felt when the protagonists eventually emerge into “our world” and the shock from that change of scenery is enough to knock the wind out of you. 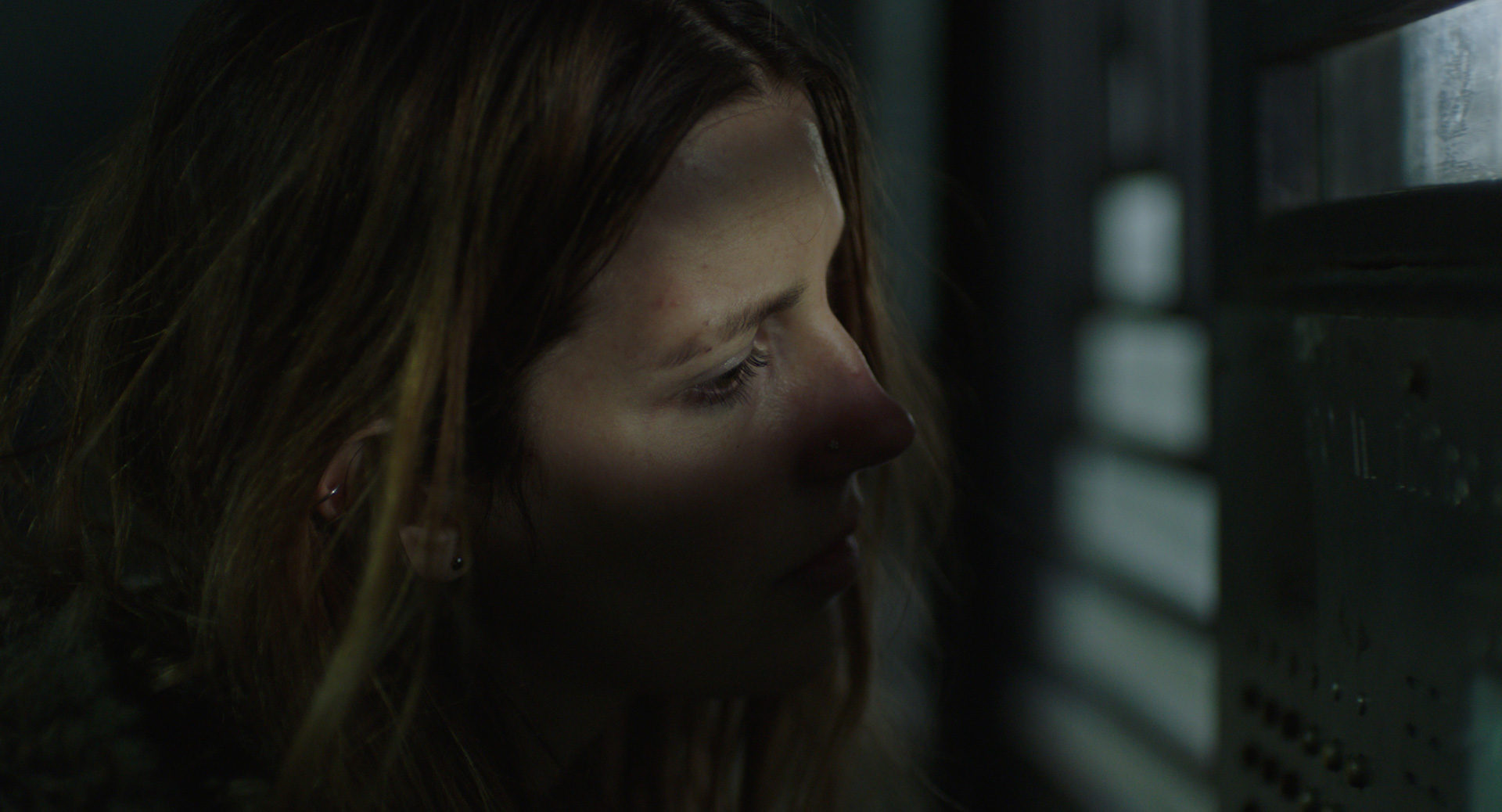 In the ensuing hour, we follow Nikki and Little as they struggle to find shelter for the night. You see how far a mother would go to protect her child. You see how a young person can intuit things they should never have to understand. And you see the many ways in which our supposedly civilized society can fail to provide the deprived with what they need. Aside from predatory malevolence, the film succeeds in showcasing the indifference or utter cluelessness of people going about their lives, their willingness to help negated by their inability to see. The script then takes a sharp left turn in the last act that puts motherhood to the ultimate test. Without spoiling anything, it’s a cleverly conceived plot device that induces great anxiety and compels you to reconsider, in a setup both relatable and devastating, what it means to love.

There are faint echoes of other parenthood dramas in TOPSIDE like ROOM, LEAVE NO TRACE and BEASTS OF THE SOUTHERN WILD, but it’s very much its own thing. The direction by Held and George is stripped of fanfare, exposing the story’s raw emotional core. You feel the rush of contentment, fright, distress and pain of the characters throughout. The pivotal final act is shot with both an urgency that puts the viewer right in the middle of a crisis and with an intimacy that can distill complex inner turmoil to the wordless look of a mother. I also appreciate the filmmakers’ choice to not explain everything. We’re never explicitly told, for example, why and how the characters ended up on the “downside” in the first place. It keeps you thinking about them and about the countless untold stories behind each tired, panicked, restless face you see on the street. In its earnest, deeply-felt appeal for more empathy, the film reminds us that those who fell through the cracks and live invisibly among us have hopes and dreams as well. And just like us, sometimes all they’re looking for is just to get through another day.

So that’s my first Venice dispatch from my very un-Venetian apartment. I have been able to see another film from the official competition lineup and will share thoughts later this week. In the meantime, happy to report that our “remote” festival coverage this year will extend to the Toronto International Film Festival, which kicks off on Thursday. So watch out for more updates on some of the most promising titles from around the world that are finally seeing the light of day.