by Joey Moser
in Interviews
2

There is a beautiful, nostalgic quality to Jay Wadley’s score for I’m Thinking of Ending Things. We first hear harp strings lulling us in a 3-minute prelude at the top of the film before we even dive into the meet the parents journey of Charlie Kaufman’s latest mind-bending drama. The film leaves us pondering about our own romantic wishes and memories, and Wadley’s lush score only makes us want to revisit our own past.

A huge centerpiece for Wadley comes towards the very end when the two leads step aside for a dream ballet pas de deux. If you’re a fan of classic musical theater, you will recognize this immediately, but Wadley was influenced by the lyricism of several composers to create this fantastical piece of music. I could listen to it on a loop. It has breathtaking highs and dark lows that give way to a fantasy of what could have been.

Many audience members have said online that they have been thinking about Kaufman’s latest much later after their viewing, and the score is unforgettable as well. We all remember our past relationships as better or worse than they might actually have been, and music is a direct reflection of us looking back. Romantic scores can swell the heart but Wadley allows the darkness to come in too.

Awards Daily: When you find out you’re doing a Charlie Kaufman film, are you relieved when you get to do something really absurd and layered?

Jay Wadley: Yeah. It’s inventive and clever and it’s experimental. I think it pushed boundaries and defies expectations in many ways. I was brought in before they shot the film so they could shoot the ballet and the jingle. Since Jesse Plemons sings the “Tulsey Town” theme in the film and Jessie Buckley and Plemons since an ‘80s version of the same jingle, and they had to choreograph the ballet to the actual music, it had to be composed before shooting. The ballet had to be planned out according to the actual music. I was brought in and read the script and got a sense of what the film was and the concepts of all the external references. How it refers to literature and art and musicals and brings those into the film and presents them as original ideas. Or sometimes fake Robert Zemeckis movies.

AD: That killed me.

JW: Yeah. It was pretty clear up front that we weren’t going to do a ton of post-scoring, but it grew as the film got further into the edit. We found some places to add it in, so it was an exciting process to see where I would fit in the post scoring process.

AD: I love the opening so much and I love that it fits into the ballet at the end. It almost reminded me of a movie where we see the cover of a book and it opens up to tell a story.

AD: I love the harp strings, so that got me from the start.

AD: How did you want to lull us into the start with that opening?

JW: That was something that honestly came about after the edit had happened. I wrote the ballet and when we started getting into the editorial process, Charlie put it up at the top. It was his idea to take that portion of the ballet to start the film. It’s an interesting approach. I think I had written a demo or two that was of a different vibe that referenced the ballet but wasn’t as much of a literal of a translation of it. I orchestrated that pieces for the scene and it veers off from where the ballet goes. I think it’s brilliant to use it in the opening and then using it on the record player in the house. That’s another arrangement. He and the editor, Rob Frazen, really crafted the changes in the ballet and it ends up kind of scoring what’s happening.

JW: It’s this crazy serendipity. Obviously, we massaged it here and there to make it work but it’s weirdly scoring their conversations. It adds that level of oddness and strangeness and doesn’t help you understand what is real.

AD: Something that I like a lot about the music is that I don’t even notice that it’s there at first. It feels like it’s almost playing a subtext or it’s only enhancing the emotions of the scenes.

AD: The ballet is so beautiful. 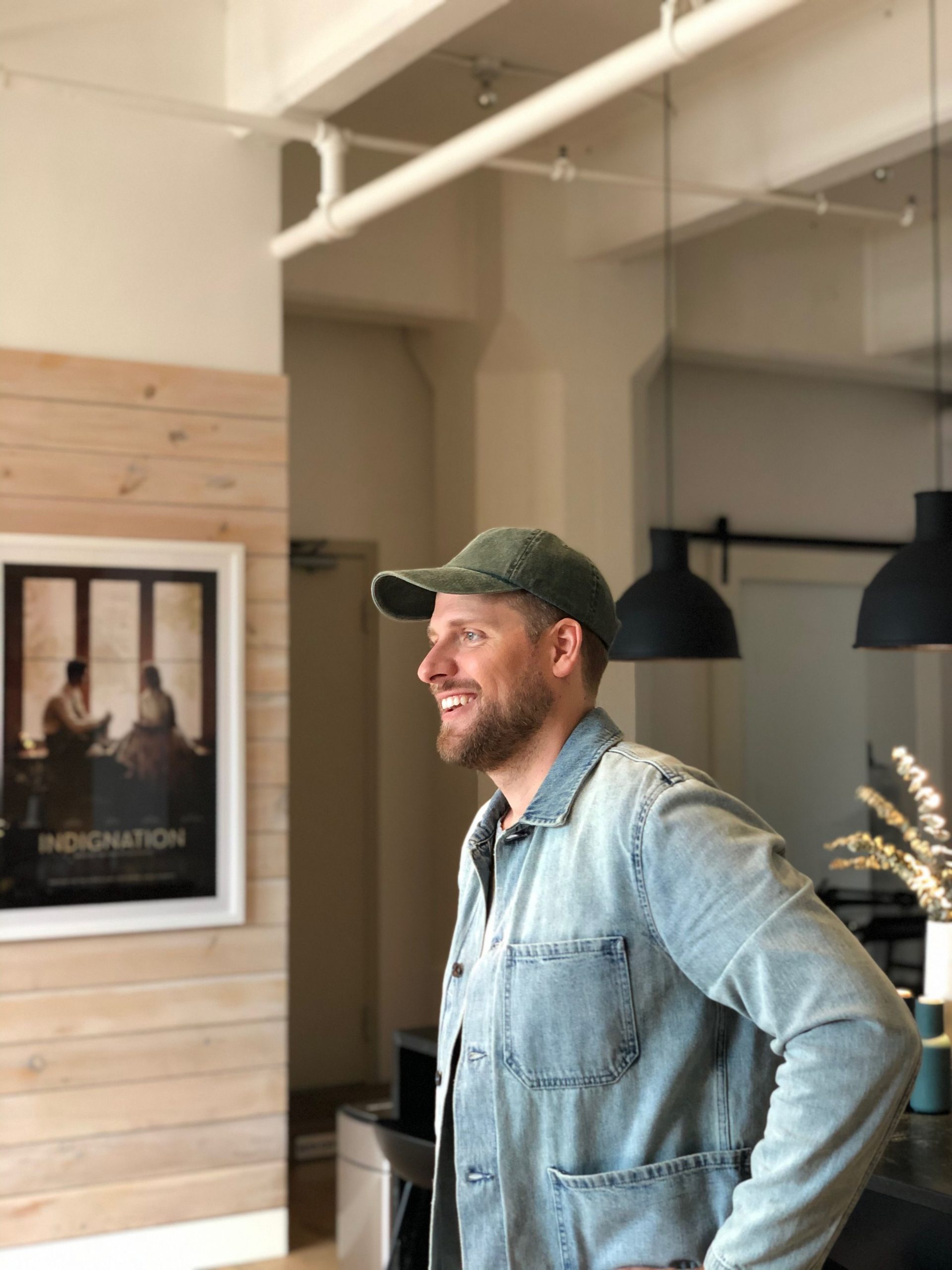 AD: I’m a big musical theater fan, so it reminded me a lot of music from Rodgers and Hammerstein musicals. There’s obviously Oklahoma! references throughout the film, but I got some Carousel in there too. Were you trying to emulate anything in particular with that big piece of music?

JW: In the script, there’s a scene description of what happens on camera. I had a basic structure of what was going to happen in that 6 or 7 minutes. Initially, they were going to try to use the ballet from Oklahoma!

AD: Oh, that would’ve been interesting.

JW: There was no way it was going to work with the narrative that needed to play out through the ballet. Probably the only musical thing I kind of considered was certain scenes from West Side Story. I was more interested in taking it more classical than musical and going more towards Debussy, Ravel, or a little Stravinsky. I pulled influences from Stravinsky’s ballets and Debussy and Ravel orchestra pieces and piano pieces and the lyricism of that. What spoke to me was trying to encapsulate those various sequences in music. I very much wanted it to be familiar. I wanted people to think it was from something else.

AD: I honestly thought that some music might have been pulled from other places since the entire film has that feeling of memory or nostalgia.

JW: Yeah, and that was definitely the point and it’s in service to the overall structure of the film. Sometimes it acknowledges the outside references. The Robert Zemeckis thing is made up but it’s credited to a real person, right?

AD: The horror elements to the score are so good. I love how they build, and it feels steeped in this uncertain loneliness. Two tracks stick out to me specifically. One is called “The Basement” and the other is “Tulsey Town” and if you listen to them separated from the film, they could feel very at home in a slasher flick.

JW: For “The Basement,” all of that is the ballet—that dreamy, weird floating stuff—stretched out and reversed and verbed out.

AD: Are you serious?

JW: Yeah. This entire piece is supposed to be different arrangements of the same material and fractured elements of it and distortions of it. Not musically distorted but memories so it gets degraded. That basement section is it reversed with some textural strings. When I am going some of those traditional horror elements, I am always rooting around the love chord. The chord that is represented in the ballet. It’s all these glissandos out of that chord. It has this romantic element but it’s really unsettling texture and tension to it but it’s all derived from that content. The end sequence is also ballet reversed with the flute also going in reversed. The strings coming out of that chord and then it goes into the jingle.

JW: I wrote the jingle on its own and the ballet on its own. I think that enhanced the crazy patchwork of memory and misfired of synapses and all these strange elements coming together to form this really weird dream sequence. I already had those elements there, so I just had to mold and shape them together. After you have the jingle with the animation it goes into the pug walking sequence and you get the jingle stretched, running backwards and stretched out. It gives way to those romantic strings that go in and out and tension elements. With the last acceptance speech, that is taken directly from A Beautiful Mind, I had to think of a score of what a big awards show would be. He is dreaming of a possibility that never was. What music does it imagine for himself?

I’m Thinking of Ending Things is streaming now on Netflix.

Diana Rigg and the Zeitgeist