Netflix and Its Cornucopia of Contenders

The period following Labor Day weekend means two things to folks like you and me: summer is on full tilt, winding down hastily and taking with it the last gasp of barbecues and ballgames; good times and noodle salad.  It also means the internet’s cup runneth over with Oscar predictions. It’s about this time every year that the Venice and Telluride film festivals have come and gone, and Toronto and New York – among a dizzying number of other galas – wait eagerly in the wings. While COVID-19 has thrown 2020 into shambles, there are still plenty of films to be screened both at home and in theaters.

It is a time in which we are all exceptionally indebted to and absorbed by streaming giants like Netflix and Amazon. But let’s hold onto that thought for a second.

On Sunday, Sasha delivered her first predictions of the year. You’ll see we agree in a lot of ways from the outset. This isn’t too uncommon. Many of us base our early predictions off the pedigree of the director, actors, writers, and studios. Most of what we expect to be in the running is just now being seen in small, dark home theaters. Some have the luxury of an advance viewing, while others go by word-of-mouth.

A good amount of the films we’re predicting have a trailer to wrap our crystal-balled minds around. These first looks – or even first images – can go a long way in our thought process. Does it look the part? Does it feel the part? If it looks like a duck, quacks like a duck… you get the idea.

Aside from the missed film festivals, 2020 will be an abnormally intricate and peculiar era for Oscar forecasting. Our timelines are off the rails this year, which 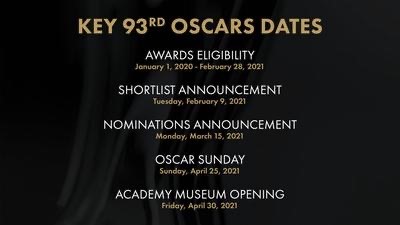 might leave us feeling a bit disoriented as precursors like the Globes and BAFTA start taking place. Awards eligibility runs January 1, 2020 through February 28, 2021. The usual requirement is the film must open in a commercial motion picture theater in Los Angeles County by December 31 of the same year. The Shortlist announcement is February 9 this awards season, compared to December 17 last go-around. The nominees for the 93rd Academy Awards will be unveiled on March 15, 2021, while they were released on January 13 for the last campaign. And lastly, Oscar Sunday – which was February 9 last season – will not take place until April 25, 2021. This is the latest the Oscars have taken place since the ceremony began broadcasting on television in 1953. Will that change things for our amusing, little game? Nobody knows. The one thing we do know is this Oscar race will be unlike any other before it.

And so it goes that Netflix, a distributor on the cusp of Oscar glory for several years now (think: “Roma” and “The Irishman”) might end up sitting in pole position under the current climate. I think of the old cliché property experts use when factoring in the likeliness of a business’ success: “location, location, location.” Could it be that under the circumstances location equals accessibility for Oscar? It is with this thought that I kick off my predictions for the 93rd Academy Awards, and premiere my Good As Gold column for Awards Daily.

David Fincher’s “Mank,” the Herman J. Mankiewicz biopic surrounding the making of Orson Welles’ masterpiece, “Citizen Kane,” sits atop both Sasha’s list and mine. Not only does the timing feel right for Netflix, but the Academy has a pretty decent history of rewarding films about its own industry (think: “The Artist,” “Argo,” and “Birdman” – all Best Picture winners in the past decade that fit this mold). It also doesn’t hurt that David Fincher is a widely respected director who has yet to win either a Picture or Director Oscar. He has two movies nominated for the big prize, “The Curious Case of Benjamin Button” (2008) and “The Social Network” (2010), the same two films that earned him his Best Director noms. It feels like the easy front-runner out the gate, which is probably more damning than anything.

If for some reason “Mank” does not turn out to be the film we are all hoping it will, Netflix has a cornucopia of contenders. Their slate includes Aaron Sorkin’s “The Trial of the Chicago 7,” Ron Howard’s “Hillbilly Elegy,” Charlie Kaufman’s “I’m Thinking of Ending Things,” Spike Lee’s “Da 5 Bloods,” Ryan Murphy’s “The Prom,” and George C. Wolfe’s “Ma Rainey’s Black Bottom” – which will feature the final performance of the late Chadwick Boseman. It’s a dream roster for any publicist, and another reason I’m betting on the online giant right out the gate. 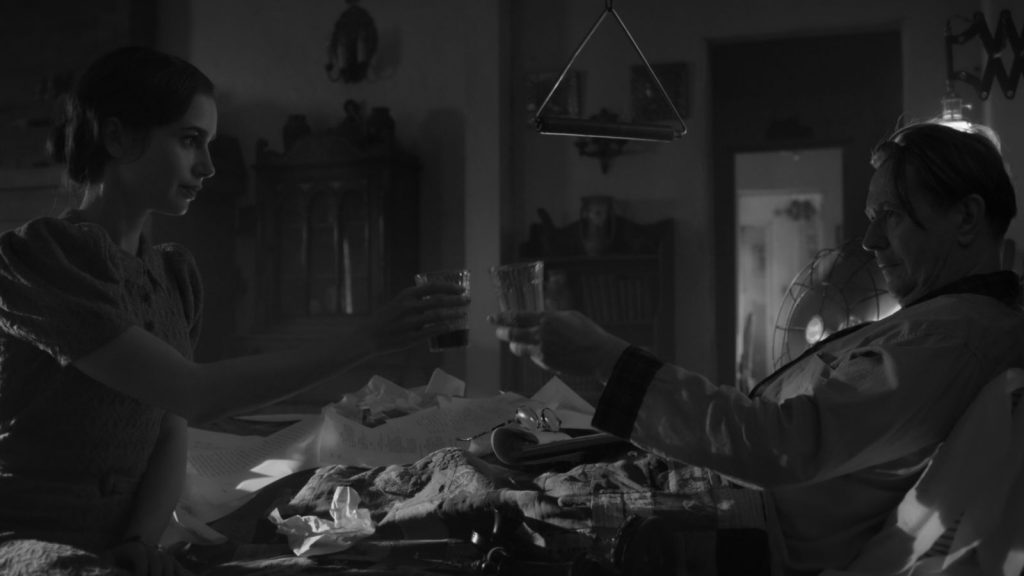 Here are my initial Good As Gold predictions:

What films, directors, and actors are you keeping an eye on as the race begins?