Toronto Dispatch – Fauna / The Best Is Yet to Come

My favorite thing about watching films at film festivals is the variety. You may watch one that spends two hours diligently, painstakingly exposing some colossal social injustice, followed by another one that’s barely over an hour long and so willfully elliptical you can’t be sure what it’s about at all. I love both of these experiences. But above all I love the experience of being exposed to such different types of films all at once. It really reminds you of cinema’s endless possibilities.

Let’s go with the weird short one first. FAUNA by Mexican director Nicolás Pereda is a most delightful head-scratcher. It starts off straightforwardly enough. Actress Luisa (Luisa Pardo) brings her actor boyfriend Paco (Francisco Barreiro) to meet her parents at their country house, joined by Luisa’s somewhat testy brother Gabino (Lázaro Gabino Rodríguez). The first half of the film unfolds like a quirky family drama centered around a couple of particularly curious incidents. Around the halfway mark, Gabino begins to tell his sister about the book he’s been reading, that’s when we step into a parallel universe where another set of characters (played by the same actors) find themselves caught in their own bizarre predicaments.

FAUNA is the kind of movie that fascinates although – or because – you can’t make sense of it. Which is no easy feat by the way. Anyone can make a chaotic or confusing movie; to keep the disoriented viewer engaged, to not just bewilder but mesmerize them – that’s the tricky part. And FAUNA succeeded on that front because, despite the non-linear, highly incoherent narrative, there’s a consistency to Pereda’s vision that’s truly compelling. Beginning with an early scene where two characters bargain for cigarettes, you realize that everything is not what it seems and that identity is a question of perspective. This trippy idea goes on to blossom in enigmatic variations that would eventually be hard to follow, but one is always drawn to consider the essential, indeed existential question underneath the madness: are we all just performing a part in this life?

For the way it approaches identity and the perception of reality, there’s an unmissable Lynchian tone to the film. At the same time, it never feels sinister or disturbing. If anything, Pereda shows a dry, offbeat humor in his take on these themes that reminds me of the great Hong Sang-soo. The scenes involving a hotelkeeper and some mixed-up towels in the second half are conceived and directed with such deadpan wit they would make HSS proud. I love this unpredictable blend of funny and strange, and thoroughly enjoy puzzling over the story within a story within a story. But if you prefer films that are articulate, no-nonsense, issue-oriented, then there’s… 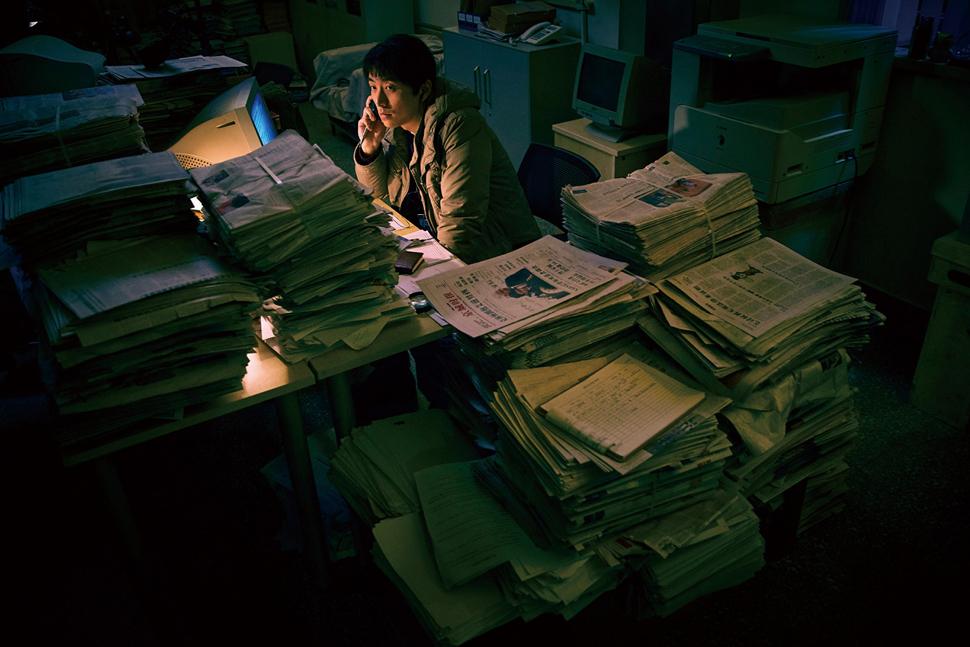 … the feature debut of Chinese filmmaker Wang Jing, THE BEST IS YET TO COME. It’s a gripping, moving drama about investigative journalism in China that informs and ultimately also inspires.

Based on true events, the film tells the story of Han Dong (Bai Ke), a high school dropout from the provinces who came to Beijing in the mid 2000’s to pursue his dream of becoming a reporter. Without a college diploma, this proves next to impossible but he finally gets a shot to work on a case of illegal blood trade for a local newspaper. Through his research, he uncovers an even more shocking organized crime and finishes a front-page feature that could launch his career. But on the eve of its publication, he must decide if publishing the story would indeed be the right thing to do.

In terms of approach and style, THE BEST IS YET TO COME cannot be more different from FAUNA if it tried. The filmmaking here is characterized by a clear-eyed, near-documentary utility that seeks to impart information and communicate complicated facts, including the why’s and how’s of the protagonist’s own migration to the capital city and his subsequent struggles. This back story establishes the unique camaraderie between Han Dong and his fellow “Beijing Drifters” that later informs his painful decision on an emotional level. It takes a while to get used to the rapid-fire pace with which Wang Jing tells the packed story, but the clarity of his voice impresses.

It’s obviously a little ironic that an earnest drama saluting journalistic integrity hails from China of all places. But I do believe that, even within the bounds of the country’s notoriously limited press freedom, rigorous, conscientious reporting can save lives, achieve greatness. If one can get on board with that, the rousing ending would feel less like a state-sanctioned self-congratulatory pat on the back, and more like the fittingly heart-warming conclusion to one man’s fight for the rights of millions.