by Paddy Mulholland
in featured, LFF
0

Mangrove is part one of Steve McQueen’s BBC/Amazon anthology miniseries Small Axe, concerning black Britain and the experience of black Britons. This being McQueen, Small Axe, which commences next month, is no regular series – its instalments are unconnected narratively and range in duration from 77 minutes to, in this case, 126. It’s a film, then, and as much a film as any other in 2020, screening at festivals and available to general audiences in the comfort of their own homes. Naturally for McQueen, he’s upturning that comfort in unforgiving, uncompromising fashion – Mangrove is a typically ruthless screed against racism, and typically brilliant work from one of the UK’s most talented filmmakers.

Dealing with the Mangrove Nine, a group of activists tried in 1970 for inciting a riot while protesting police harassment of the black-owned Mangrove restaurant in West London, Mangrove is a sensitive, incisive recreation of the incident, informed by compassion and communicated with resolute astuteness. McQueen doesn’t seem to have scaled back on artistry in his most ambitious project to date – every image is vivid and direct in its expression, every characterization is developed with nuance and sympathy, and there’s a consistent commitment to meaningful artistry. This is what has elevated all of his cinematic work to date above that of so many of his peers: there’s nothing gratuitous or excessive about his style, yet it’s as richly expressive as Borzage or Visconti. He’s also found the right vehicle to put the didacticism of his dialogue to good use, using it for real didactic advantage. Mangrove consists of enraged outbursts dismantling a machine whose supremacy has been secured through repetitive motions of oppression, a tension no longer concealed but let out, like a pair of trousers unbelted only to see the buttons burst, the seams split, and the weave unravelled by sheer insistence. Its effect may be less startling in a world that’s (tentatively) begun to reckon with the consequences of historical racial oppression, but if Mangrove may be more palatable to white audiences now than, say, this time last year, it may also be more impactful. 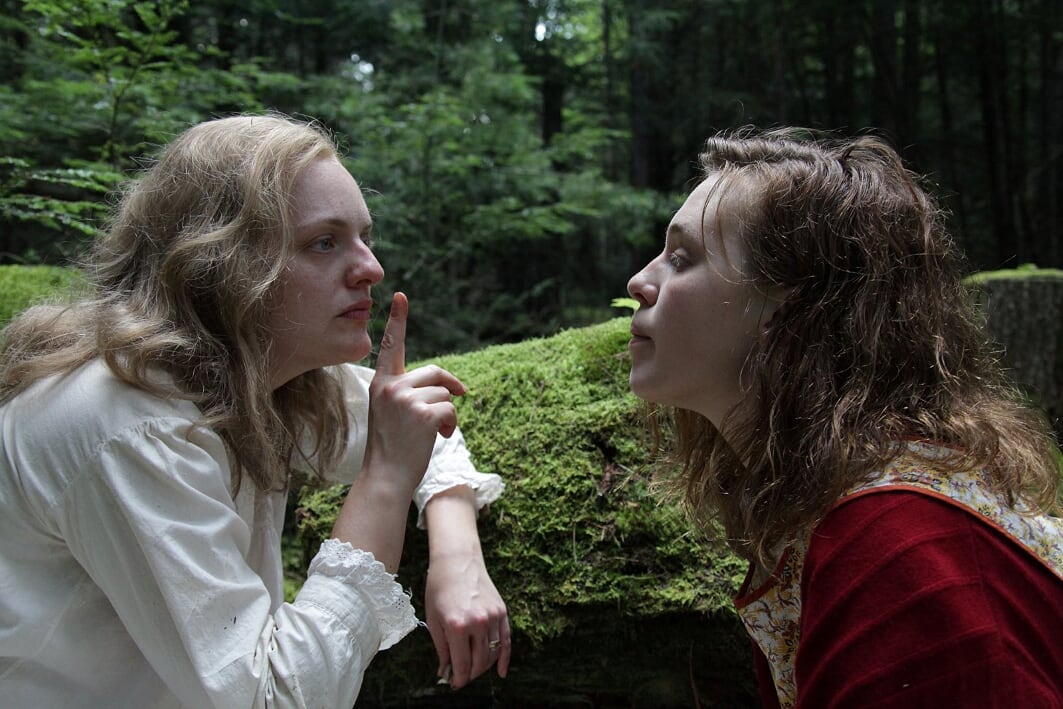 Less impactful is Josephine Decker’s Shirley, which is several shades too enamoured with itself to communicate much to anyone watching it. I’ll worship at Decker’s feet even if she insists on joining me, since the issues here lie more with Sarah Gubbins’ screenplay, which seems at once to have too much on its mind and too little. Decker adds one ornamental directorial flourish after another, and the picture ends up overwhelmed with unexplored ideas, yet the detail is admittedly extraordinary. Shirley is a movie richly packed with material, staggering through an array of heady scenes with a drowsy but determined energy. If it’s lacking in insight, it’s delivered a welcome hit of earnestness in the fine performances by its quartet of leads: Elizabeth Moss (a touch too naturally expressive for such a vivid characterization, but remarkable nonetheless), Michael Stuhlbarg (finding yet more nuances in a role he’s ostensibly played several times before), Logan Lerman (excellently absent, Lerman the lemon, the perfect uncharismatic himbo), and Odessa Young (impossible to take your eyes off, wholly believable through a dazzling range of emotional states).

Decker designs a full, complete milieu for her characters, immersing them in a style that has the timbre of pretentiousness, but only because those characters themselves are somewhat pretentious. In truth, there’s nothing pretentious in her film’s glorious sound design, sumptuous cinematography, meticulous production design and beautiful score, all by women. It’s only in the overall design of that film that it lacks identifiable purpose, either overstating its points or relying on ambiguities it might have been smarter fleshing out. Shirley is never an actively bad movie and it’s always got plenty going on to get gleefully stuck into, but it’s a lot of great work put to less-than-great use. 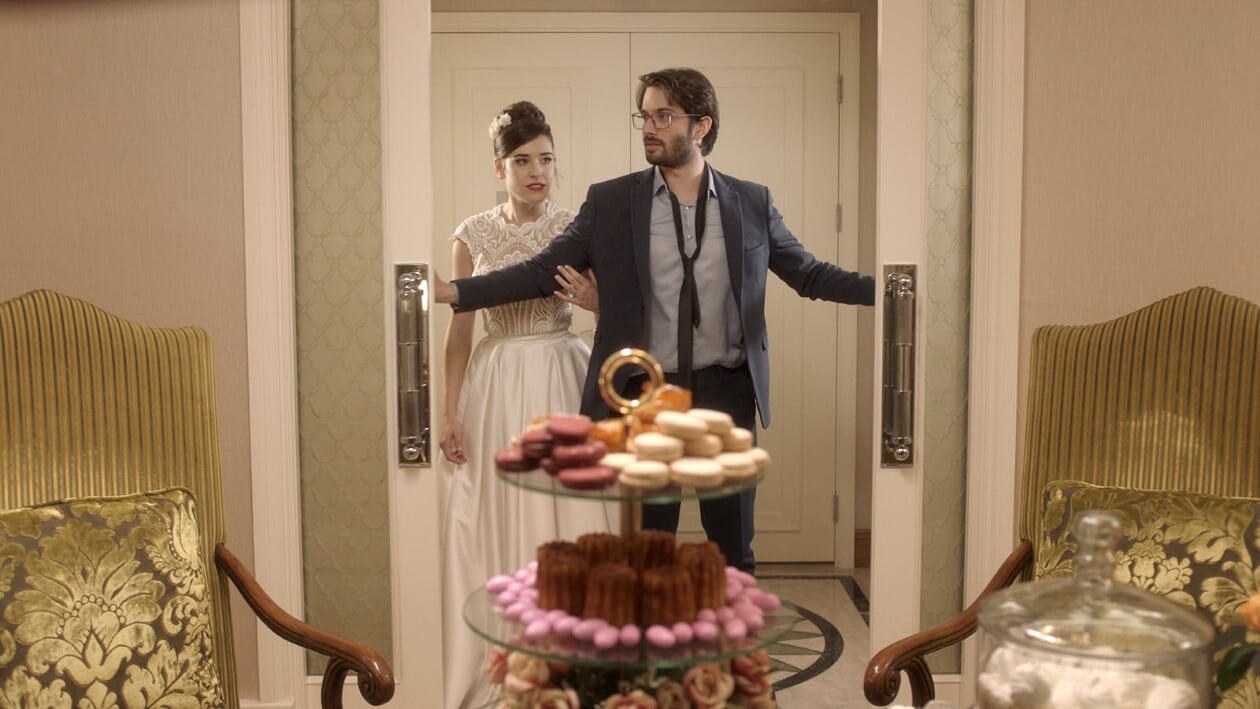 Talya Lavie’s Honeymood was actually the first title to screen for critics at the London Film Festival this year, but an embargo has kept me from writing about it until now. It’s like a modern-day Neil Simon comedy moved to Jerusalem and expanded beyond one location, though its opening up eventually only exposes the restrictions within Lavie’s concept. A bride is dismayed to discover, on her wedding night, that her husband has been gifted a ring by an ex-girlfriend, and demands that it be returned immediately; their journey to complete this simple task turns into a convoluted quest taking up the whole night and testing their tender marriage to its limits. It’s a simple prospect for a film, and Honeymood’s pleasures are fittingly simple, though predictable pleasures are of limited impact.

Granted, it’s not so much what Lavie does in Honeymood that matters, but what she does with it, and that’s beyond reproach. She has a winningly light touch, firmly resisting the stodginess that regularly threatens to creep into a film that otherwise feels like it might once have starred Marsha Mason and George Segal. That lightness is offset by the weight of her leads’ performances; Avigail Harari and Ran Danker lack chemistry and make up for it with over-emphasis, never quite relaxing into their roles. The screenplay asks a lot of them, sure – they’ve got to carry pretty much an entire, and entirely implausible, film on their shoulders alone – but a shade of subtlety here or there couldn’t have hurt. Your grandparents would have liked this movie in 1968. 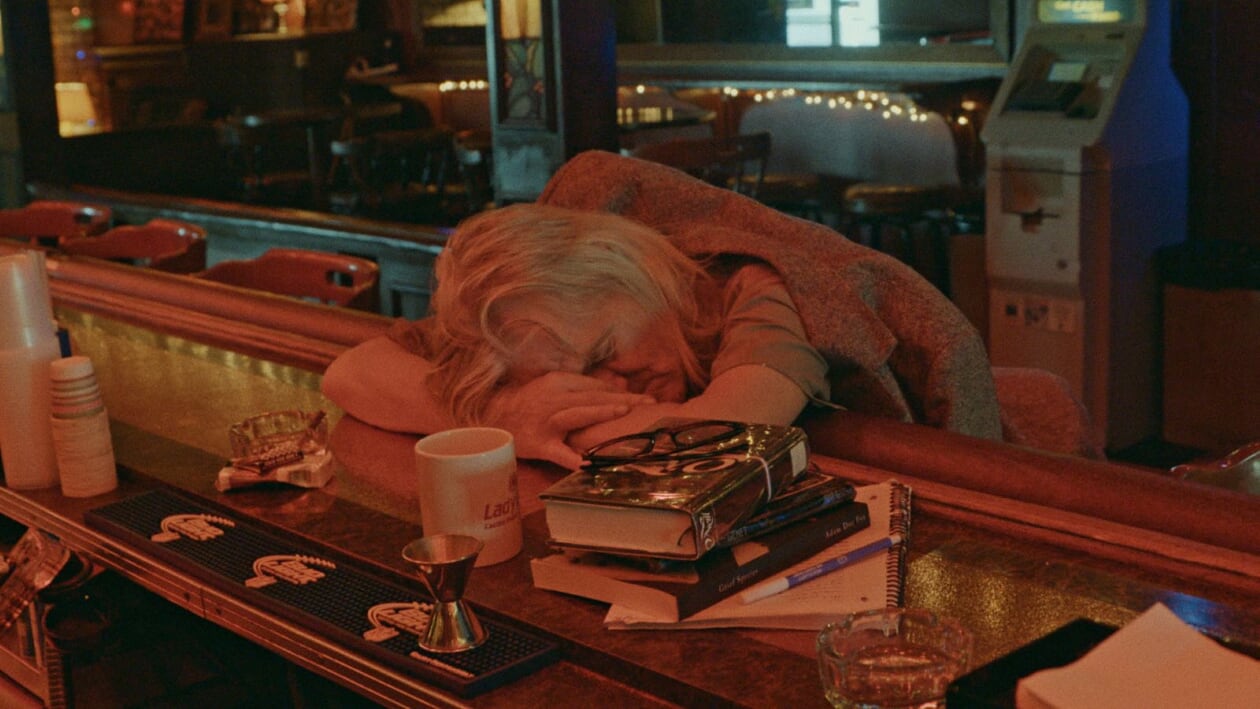 Meanwhile, you might pity your grandparents were they the subjects of Bill and Turner Ross’ Blody Nose, Empty Pockets, but I’d admire them – at least they’re having fun, which is more than I can say about my staunchly repressed catholic grandparents. The aging wastrels of Las Vegas drink themselves through an afternoon and a night in the final hours of their local, the Roaring ‘20s bar, frequented apparently only by its faithful set of alcoholics and their dedicated drinking buddies. Like its real-life characters, this documentary feels beamed in not so much from another era but from several different eras, a boozy melting pot that’s too spacious to be atmospheric, too warm to be cool, too cheap to be financially viable. Viva Las Vegas!

That’s entirely the charm of this fundamentally transparent doc. It’s an ephemeral expression of the shiny surface of a dozen different hollow cultural tongues, each one somehow sustaining life via the power of dollars and drink. It’s a real America, and really real; like Elizabeth Lo’s Stray, covered in my first LFF 2020 dispatch, the Rosses don’t disguise the nature of their film’s development, their presence acknowledged by their subjects and incorporated into the film by the quality of their subjects’ performances, if they can be so defined. “It’s for TV, I don’t care”, declares one particularly belligerent drunk as the night reaches an ugly, sloppy, empty end. The charm is in its charmlessness, the point is in its pointlessness, and the Rosses have uncovered culture in an apparently culture-less place. Life goes on, even after closing time, even if you’ve nowhere left to live it. It’s all for TV anyway, so why care?!