by Paddy Mulholland
in featured
0

One Night in Miami (Regina King)

No matter what more they come to do, there’s never anything quite like a director’s first film. Few arrive fully formed, fully indicative of what to expect from their director; most are either over-ambitious, maybe even jejune, or assured but safe. All, however, occupy the peculiar position of representing, for a time, 100% of their director’s work to date, yet eventually ending up recognized as among their least important works. If Regina King has taken the option of ‘assured but safe’ in overseeing a writer’s adaptation of their own play for her first film, there’s nothing especially safe about the circumstances: one of the industry’s top present-day artists staking her claim at a table where so few others look like her, and doing so with a timely tale of an important period in America’s ongoing civil rights movement. 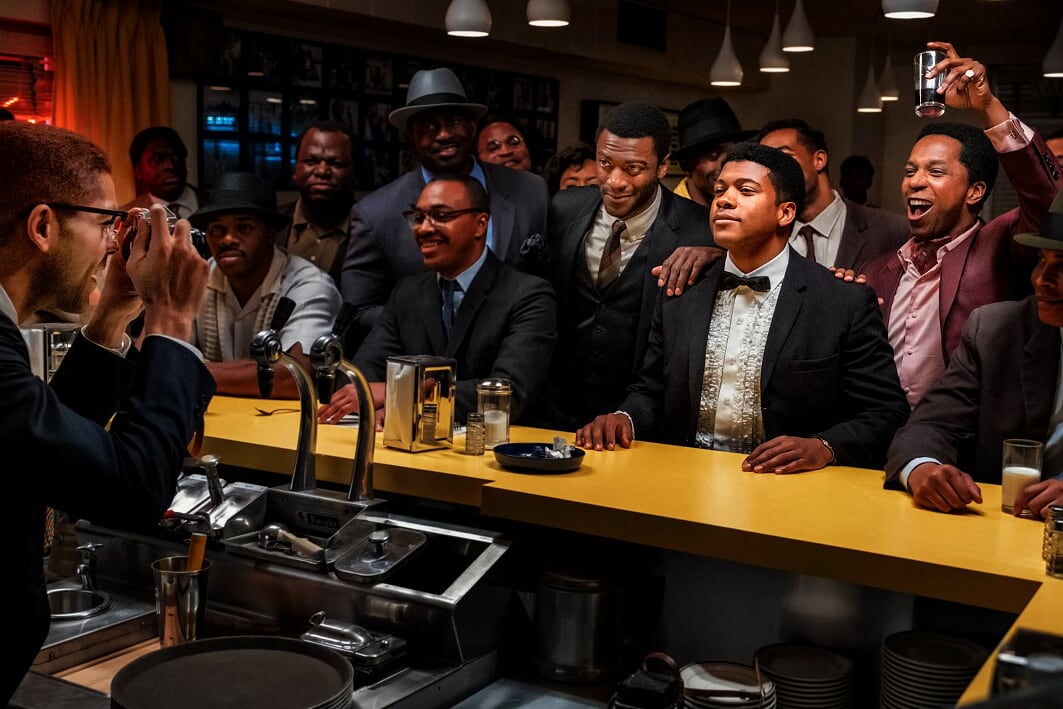 One Night in Miami is full of its sense of importance – too full, in that it’s almost all importance, almost no subtlety. Kemp Powers’ screenplay simply doesn’t capture the ways in which people act or speak, and burdens a sensitive ensemble with heady, zealous material they can’t ever make feel quite real. No doubt it had the appropriate urgency on stage, but on screen, where every nuance is inevitably, inescapably captured, it’s over-emphatic, unintentionally betraying its fictional origins too often. This is, perhaps, the result of inexperienced filmmakers embarking on a project with very specific, very noble aims, and it’s in their sincerity and respect in striving to realize those aims that One Night in Miami is, in the end, a wholly worthwhile watch. King casts her actors in informal yet dignified poses, crafting powerful imagery through which to tell a powerful story. Viewed from amidst another critical moment in America’s racial history, this becomes intensive and rewarding character, political and historical development. Its strengths are not so much diluted by its dramatic deficiencies, they’re actively engendered by them. She also accomplishes the impressive feats of both lionizing and humanizing figures too frequently seen as simple symbols or quasi-deific legends, indeed accomplishing both feats with the same motions. It’s a fine tribute to America’s civil rights heroes and a testament to the innate power in their rhetoric and actions; it’s also a fine and promising first film. 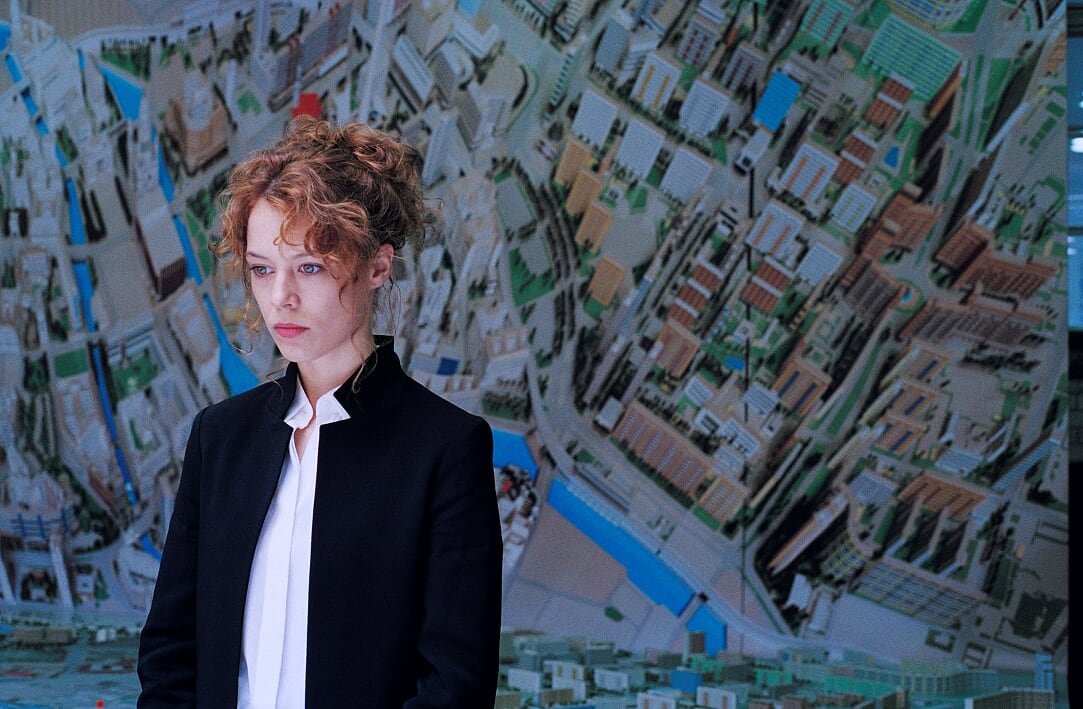 Never mind first films, Undine is Christian Petzold’s umpteenth in the same mould, one that’s starting to smell, well, mouldy. Strange that, since this is a typically sterile, lean, dramaturgically minimalist film from Germany’s modern-day Efficiency König. Every shot conveys something substantial, every line imparts some meaningful piece of information, every pause communicates some essential character detail. Previously, that’s worked rather well for Petzold while operating in a more suspenseful mode, but Undine takes the form of a romantic drama with occasional tinges of tragedy and liberal tinges of mythology. It holds no secrets, but trades in symbols, and so every substantial, meaningful, essential gesture comes with in-built import that’s fully spelt out on the screen. It’s a mystery movie with no mystery.

Alas, Petzold understands the basics of cinematic technique too well to allow his mistakes to overwhelm the film entirely. He’s a remarkably intelligent conveyor of information, be it narrative or emotional; this saps Undine of style, but maintains audience engagement through what is otherwise a film with serious potential to drag. Under its hermetic restrictions of perspective, there are so few narrative variables as to make all its developments feel totally predictable (whether you’ve predicted them or not), so it’s gratifying that Petzold is also a brilliant director of actors, and is working again with an utterly fabulous pair of leads in Paula Beer and Franz Rogowski. The latter is especially magnetic here, not so much laboured with a cipher of a character but liberated by it, exploring limitless expressive possibilities therein. I’ve never yet been so impressed by his physicality (Rogowski is a trained dancer) as in this film, which is so static and unyielding it hardly seems to know what to do with his suppleness, his freedom, but which benefits enormously from it. See Undine for this gorgeous man alone.

Another gorgeous Central European man in Malgorzata Szumowska’s Never Gonna Snow Again, co-directed by cinematographer Michal Englert. This is a cute, whimsical, downbeat comedy, at once icily cool yet warmly comforting. Key to its success is that its whimsy never settles into trite preciousness, never descends into pretentiousness. By all means it should, but Szumowska knows the value of restraint, that good old repressed catholic shame that keeps all our emotions in check. In gentle, delicate, precisely calibrated flourishes, she allows those emotions space to make themselves known, alluding to them rather than encouraging them. It’s a playful but elegant film about the little things – the little feelings, the little behaviours, the little catharses converging to transform a community.

Front and centre of the talented, vibrant ensemble is Alec Utgoff as the Ukrainian masseur quietly turning the lives of various middle-class residents in a Polish gated community. To some, his presence alone elicits some kind of change in their attitudes or circumstances, his physical touch less significant than his spiritual influence; to others, the change is educed through longer, more complex processes, working through various mental states (and utterly understandable sexual urges) to arrive at a place of emancipation from the bindings of their suddenly trivial societal strictures. Never Gonna Snow Again is nothing new, and its ambitions are confined solely to the scope of what it can readily achieve, but achieve them it does, and it’s a perfectly satisfying experience to watch it do so. 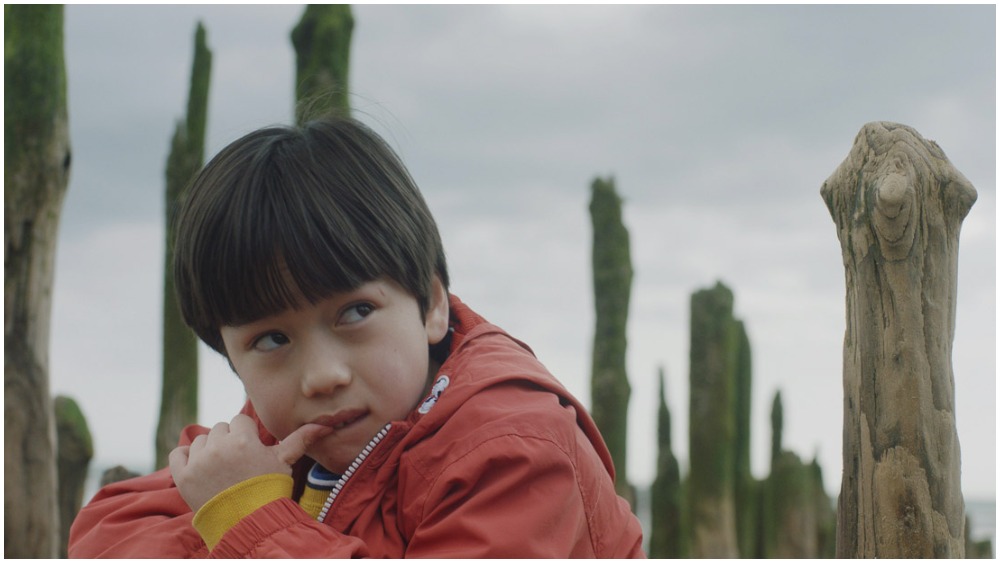 The Reason I Jump (Jerry Rothwell)

I approached Jerry Rothwell’s The Reason I Jump with the kind of quietly stimulating intrigue that I tend only to get at the London Film Festival – it’s the only major fest I attend each year, and a place where I regularly relish the opportunity to seek out under-the-radar fare that might get overlooked in other, bigger film forums. And this seemed like the ideal opportunity to sate that intrigue – a part-adaptation, part-expansion of Higashida Naoki’s momentous, titular 2007 biography. An elucidating insight into the world of a nonverbal autistic teenager, Higashida’s work opened up understandings of the autistic experience to neurotypical persons, expressing things that, by their very nature, fundamentally could not be expressed by autistic persons through conventional means. I have Asperger’s Syndrome, I love nothing more than watching a great movie, and I harbour an irrational loathing of reading, so what better way for me to engage with Higashida’s work than through the medium of film?

Unfortunately, I may yet have to read Higashida’s biography, since Rothwell’s adaptation of it didn’t work for me. Missing is any elucidatory content; present instead are repeated declarations of just how elucidating the book was, and descriptions of life for the families and carers of autistic children. There’s unwavering sympathy for those children and genuine, profound satisfaction in their loved ones’ newfound insight into their world, but no actual insight of its own. Perhaps it’s for the best that Rothwell refrains from elaborate attempts at expressing the autistic experience, given its boundless varieties, but he seems to hardly even attempt at acknowledging the validity of that experience. There remains an overriding sense here, as in societies across the glove, that autistic spectrum disorders are problems to be overcame. Rothwell also misses the point apparently essential to Higashida’s book that it was a subjective, unique expression. Each autistic person has as distinct an experience of their condition as each other, yet The Reason I Jump appears to endorse Higashida’s descriptions as applicable to all of us. It’s a film with the best of intentions, but good intentions alone aren’t enough for a good movie, and they’re not enough to engender actual good results in societal and healthcare treatments for autistic children. Quite plainly, I won’t bother with one more bloody film about autism that’s not made by someone on the spectrum.