by Clarence Moye
in First Look
30

One of the bigger question marks (in a season full of them) is Netflix’s Hillbilly Elegy. Will this be Glenn Close’s Oscar-winning role? Plus, how will the results of the November 3 Presidential Election shape the Academy’s response to the film? We will have to see when the film drops on November 24. Meanwhile, here’s a full trailer.

Based on the Book by J.D. Vance

J.D. Vance (Gabriel Basso), a former Marine from southern Ohio and current Yale Law student, is on the verge of landing his dream job when a family crisis forces him to return to the home he’s tried to forget. J.D. must navigate the complex dynamics of his Appalachian family, including his volatile relationship with his mother Bev (Amy Adams), who’s struggling with addiction. Fueled by memories of his grandmother Mamaw (Glenn Close), the resilient and whip-smart woman who raised him, J.D. comes to embrace his family’s indelible imprint on his own personal journey.

Based on J.D. Vance’s #1 New York Times Bestseller and directed by Academy Award winner Ron Howard, HILLBILLY ELEGY is a powerful personal memoir that offers a window into one family’s personal journey of survival and triumph. By following three colorful generations through their unique struggles, J.D.’s family story explores the highs and lows that define his family’s experience. 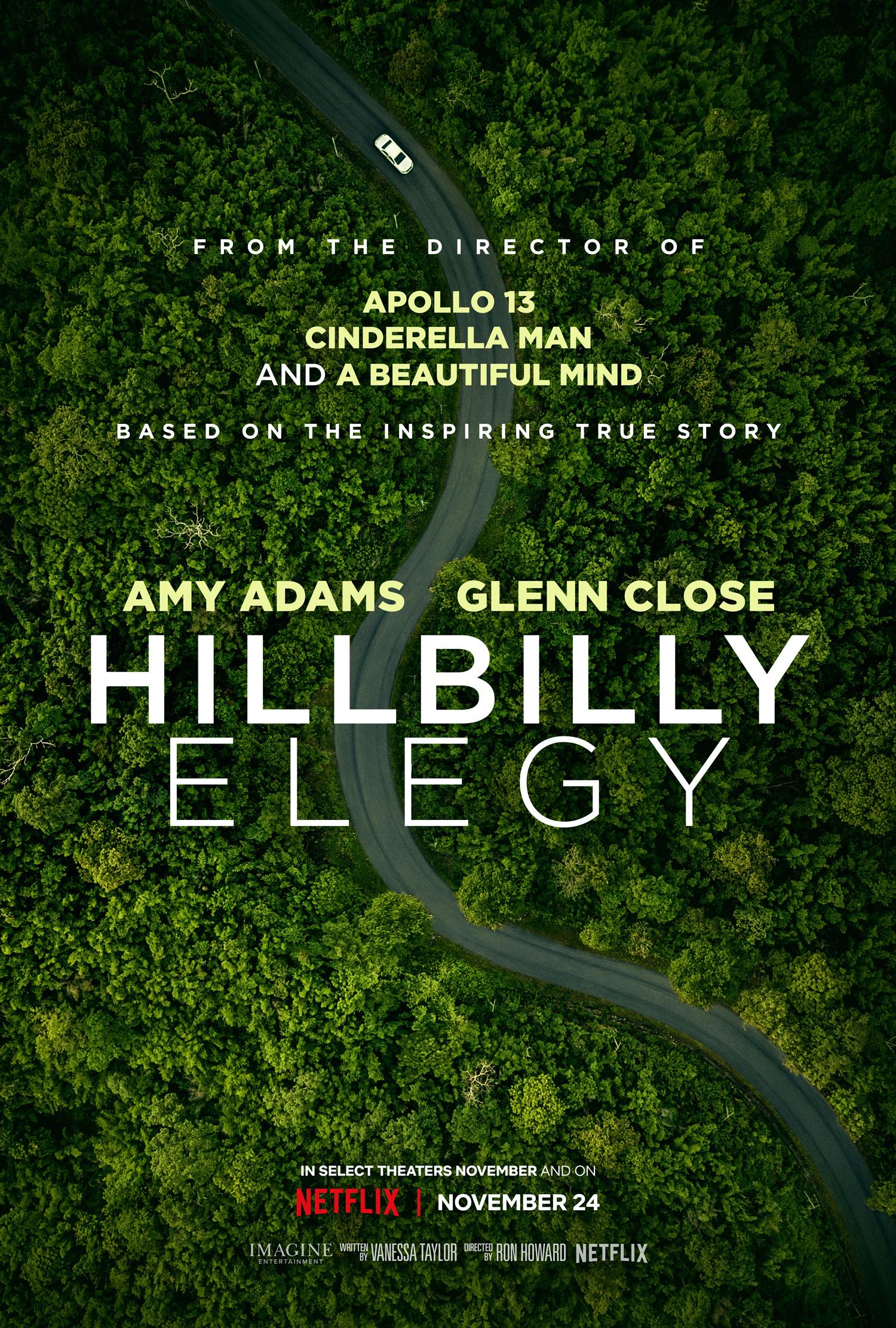