To Be or Not To Be: The Shifting Field of Contenders Paints a Muddy Picture for the Oscar Race

It’s been about a month since I last updated my Oscar predictions and so much has already changed in that time. High profile contenders such as “West Side Story,” “Dune,” “The French Dispatch,” and “No Time to Die” have been moved to 2021, outside the window of eligibility for this year’s awards race. And that won’t be the end of it either, as rumors fly every week about the release date of another movie or two being unstable. While the portrait of contenders seems to present an ever-changing landscape, the fact that Netflix continues to be a dominant presence among the contenders remains steadfast.

Netflix isn’t the only streaming giant contending for voter’s affections, as Amazon Studios, Disney Plus, Hulu, Apple TV, and HBO are all heavily invested in the Oscar hunt this year. With news that “Soul” is going the way of “Mulan” – foregoing a theatrical release in favor of wide distribution via their Disney Plus platform – it seems like this awards season will more or less play out like a sliding block puzzle game.

Many have pondered whether or not the Oscars should even go on as planned this year, and Sasha has already proposed alternative ideas to that silly notion.

Since the last Good As Gold post, Netflix debuted “The Trial of the Chicago 7” to pretty strong reviews. It is a very timely film which no doubt will tap into the same frustrated zeitgeist of today. It is exhilarating and humorous, and reminds me very much of “Argo.” Could it pull the same feat “Argo” pulled by winning Best Picture? It’s certainly possible.

In its way appears to be Chloe Zhao’s “Nomadland,” (Searchlight Pictures) which won the coveted People’s Choice Award at Toronto. Since 1978, eighteen of 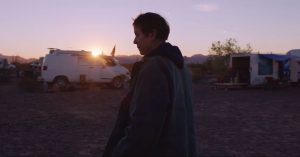 TIFF’s People’s Choice Award winners have gone on to become Best Picture nominees. Eleven of the last twelve winners of TIFF’s coveted prize have been nominated for Best Picture. Six of the winners ultimately won the Best Picture Oscar: “Chariots of Fire,” “American Beauty,” “Slumdog Millionaire,” “The King’s Speech,” “12 Years a Slave,” and “Green Book.” Bodes pretty well for “Nomadland” – which also won Venice’s Golden Lion (their top prize). Several Oscar prognosticators have it at the top of their predictions, and just about everyone who has seen the film has fallen in love with it (as evidenced by its current 97 score on metacritic; the same for on Rotten Tomatoes).

Other strong contenders have revealed trailers/teasers in the past few weeks, including Daivd Fincher’s “Mank” (Netflix), Ron Howard’s “Hillbilly Elegy” (Netflix), Paul Greengrass’ “News of the World” (Universal), and Lee Isaac Chung’s “Minari” (A24). Regina King’s “One Night in Miami…” (Amazon) has been seen, as has Florian Zeller’s “The Father” (Sony Pictures Classics) and Sofia Coppola’s “On the Rocks” (Apple+/A24).

While each screening, trailer, or first image helps separate the contenders from the pretenders, the shifting waters of what all will contend in this crazy year’s awards race has never being more muddy.

You can find my updated Oscar predictions for the top eight categories at the Good As Gold hub, here.

What are some of your early gut reactions/predictions?

Tags: Good as gold oscar predictionsNetflixNomadlandOscar raceTrial of the Chicago 7