LFF Dispatch #5: David Byrne’s American Utopia, Another Round, After Love, A Common Crime

“Is it the truth? Or merely a description?” Such is the fabulous malleability of the short-form artwork, the bitesize miniatures, in that it can liberate its creator from the need to imbue it with profundity and meaning. As much as a great artist may be able to achieve loftiness and brevity in the same short space of time, the popular musician knows it’s a fool who seeks such an achievement in every track of every record. Plus, art needs the lowly as it needs the lofty, and it’s through the sincere pursuit of simple, unambitious, honest expression that the former may become the latter. The music of David Byrne has only ever been the singular way in which a single person expressed how they see their world; it’s in its blissful singularity that it becomes distinctly universal, and in its peculiar banalities and absurdities that it becomes, paradoxically, profound.

It’s through the sincere pursuit of capturing Byrne’s acclaimed American Utopia theatre performance that Spike Lee has allowed its expressions to appear as lofty on the screen as they must have done on the stage. The work was entirely live, with minimalist staging, the space populated usually by the full complement of performers. It was naked and open, free and jovial, though intricately, sometimes ingeniously, choreographed. Lee, Paul Hsu and Philip Stockton’s sound teams, editor Adam Gough and cinematographer Ellen Kuras are the principal creatives responsible for transposing Byrne’s theatrical accomplishments to the screen, but their focus is consistently on exhibiting the excellence they had the privilege of recording. Byrne and his fellow performers are the stars of this terrific show, and it’s a joy to see such stars at their shiniest. Let down, alas, by that one dancer and his incessant mugging – the most egregious display of hammery this side of a spoilt charcuterie platter. 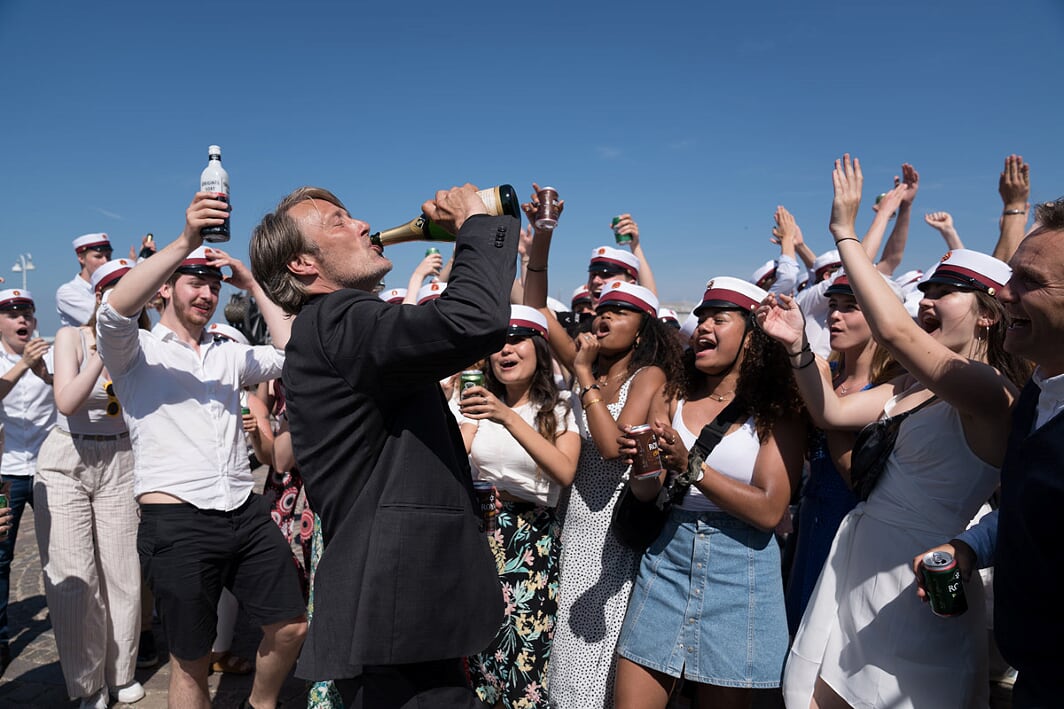 Another Round (Thomas Vinterberg)

Thomas Vinterberg’s back for another round of middlebrow dramatics with Another Round, also known by its Danish title, Druk. For a continent known for its alcohol, it’s consistently amazing how poorly the social customs associated with drinking are recreated in European cinema. Another Round earnestly, unquestioningly establishes an absurd premise inhabited by absurd people behaving absurdly; it does so with the neat, digestible quasi-realism characteristic of modern European arthouse, projecting believability with such insistence that it’s a certainty it’ll be swallowed down to the last drop by its middlebrow audience. Those of us who’ve stayed to some extent in touch with reality, however, will have to gulp it back through regular bouts of cringing.

Another Round’s foibles could be overlooked were they in the service of something worthier, more ideologically or artistically or philosophically sound. But Vinterberg’s film has nothing on its mind beyond how best to push its own points, regardless of their inherent value. It’s a film about people who’ve had it much too good (made, presumably, by people who’ve had it much too good) and embark on a laughable midlife crisis that the film treats as though it were wholly legitimate, wholly forgivable, very much the actions of reliable, sympathetic protagonists. Its efforts at depicting pain and depravity are strained and entirely misjudged to the degree that I wonder if this film, which is basically just about the dangers of drinking too much and the difficulties of being a rich, heterosexual, white, middle-aged man, wasn’t made by people who’ve never touched a drop of anything stronger than homemade kombucha.

After Love is Aleem Khan’s feature directorial debut, made with the help of the BBC and the London Film Festival’s own BFI. As first tries go, it’s not bad, though Khan appears to be trying so hard to prove his reputability as a professional director, he squeezes the life out of his film. It’s intelligent, handsome and sensitive, but it attempts nothing new, exhibits no substantial originality, and seems to repel all potential for unpredictability at every juncture. It’s a film that goes exactly where you expect it to go and does so with the utmost sobriety and stability – not normally attributes of a first feature. I can understand Khan’s apparent caution – I’d likely behave similarly on my first time selling myself to big-time backers – but there’s no question that what After Love lacks is the kind of energy and ingenuity I’d generally expect from young, inexperienced filmmakers.

In fairness, Khan’s on somewhat risky ground with this film. His is a story of cross-cultural transgression, of racial, national, gender, sexual, generational, familial, professional and ethical boundaries erased by a reality that could only hold its balance for so long. A death up top sets in motion a series of surprises for protagonist Mary, a typically superb Joanna Scanlan, who navigates the thorny mess left behind by her newly deceased husband with a reserved recklessness. It’s a film with too specific a scenario to spoil, and the narrative essentially consists of Khan unravelling its big ball of delicate threads until it’s ready to be stitched into something satisfying, and he does so with laudable compassion and intellect. But once he’s got those threads planned out, length to length, he takes no chances, and After Love follows its plans with disappointing dutifulness. Stunning final shot, though – the whole movie in one magnificent image. 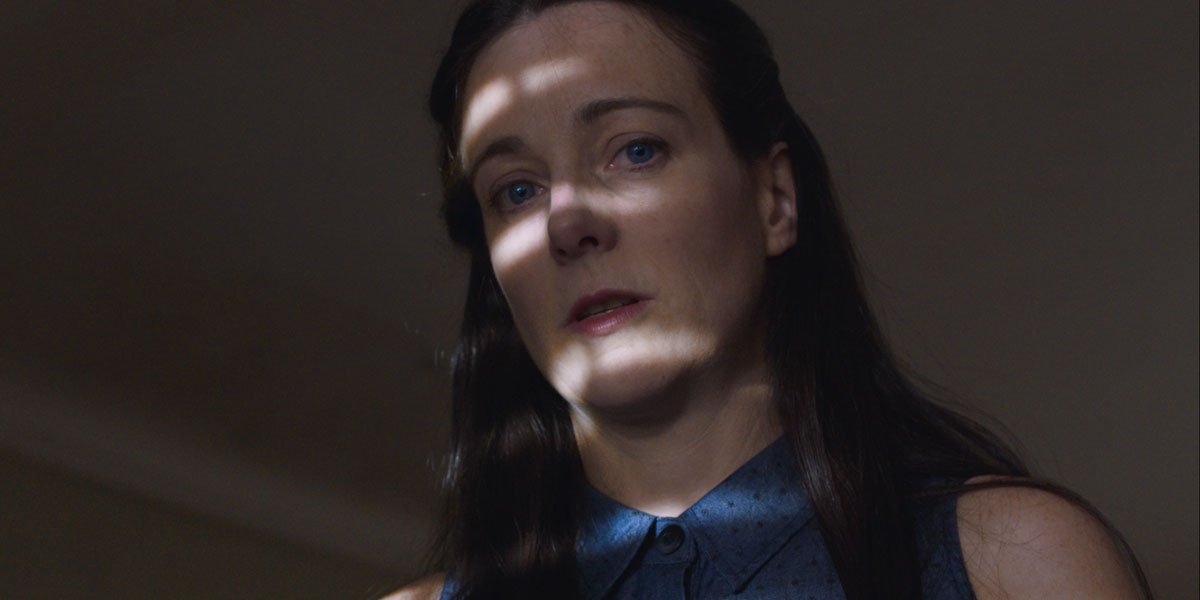 I’ll keep this brief, partly because I’m bored of writing, partly because I didn’t like this film, partly because it’s provided me with so little to write about. Francisco Márquez’s A Common Crime has a valid point of view, a provocative (though redundant) slant on a consistently topical subject, a solid mise-en-scène and a fine cast. It also has pretty much nothing to say once it’s established its single slant, instead filling up its time with repeating the same statements over and over and introducing some idiotic ambiguity. Márquez signals in all directions, sapping his film from the potential to surprise and diluting the strength of its psychological inquiry. It’s hollow and reductive, a tiresome waste of energy. Possibly worth your time as long as you haven’t seen anything else remotely like it before, though if that’s the case, you’ve got more important things to spend your time doing, such as crawling out from under that rock.