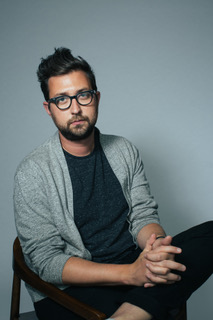 Seth Worley is a short film director who while in quarantine has not stopped working. He and his daughter Eva have made a short animated film Dino Feast on YouTube. Here, in a conversation with Awards Daily, he talks about he did it and what inspired them to make it. He also offers additional commentary on how other potential animators have the opportunity to do the same.

Watch “Dino Feast” Now (and don’t miss the behind the scenes featurette here).
Awards Daily: What was the inspiration for doing this with your daughter?

SW: Several years ago, I did this same thing with my son, Elliott. We made two shorts: a retelling of the Three Little Pigs and a fake trailer for a superhero he created called Super Lion. I made those for the same reason I made Dino Feast — to share something I love with my kids, and to take their vision and voice and elevate it to the level of their aspirations. But mostly because they make me laugh and I want to rip them off and get all the credit.

AD: You did a lot of this work at home with Red Giant animation tools. Is that a different process than how you have animated in the past? What was it like using them?

SW: No, that’s pretty much how I do it on everything. I got my job at Red Giant because I was using their tools on everything I made and it got their attention. I’d still use their tools even if I didn’t work here.

AD: Where did the background drawings come from?

SW: The backgrounds were made from stock photos sourced from Unsplash and Shutterstock. I would often use sky from one photo, mountains from another, ground from another, etc.

AW: I found the cloudy look and the dust very realistic! Was it hard to create that?

SW: Thanks! No, it was super easy, using stock elements from our friends at ActionVFX and ProductionCrate. Then I used Red Giant Supercomp to integrate them into the scenes.

AD: Eva seems very violent with her creations will this be a trend in her future work?

SW: Haha possibly! She’s just gotten old enough to watch a bunch of my favorite movies with me, like Jurassic Park, Indiana Jones, etc. And all her favorite parts seem to be when people die, so…

AD: What attracted you to animation as a medium?

SW: What’s funny is, I’m a live action filmmaker. I mostly just dabble in animation when making stuff with my kids. Although, I have spent the last year developing an animated series with my friends at IV Studio, and between that experience and making Dino Feast, I’m starting to wonder if I should do more work in animation because both projects have been a blast to work on.

AD: Do you have more ideas currently that you are working on or a dream project you haven’t been able to do yet?

SW: I have several projects in development that I’m dying to get out of the house and make as soon as it’s safe to. One is a feature about kids’ drawings come to life (which I made a proof of concept short for, which you can watch here), and the other is that animated series I mentioned earlier.

AD: For those wishing to do work with animation what advice would you give?

SW: Watch a bunch of YouTube tutorials and start making stuff as soon as you can!