by Paddy Mulholland
in News
1

Pity the presumed Oscar season behemoth, particularly that whose supposed supremacy is predicated on that most fickle, most fragile attribute: quality. No film has ever won the Best Picture Oscar just because it was good enough, not even the ones that actually were good enough. Chloé Zhao’s Nomadland now tours the film festivals of the world after winning the Golden Lion at Venice – it has that prestige to live up to, not to mention being bestowed it by a jury led by Oscar darling Cate Blanchett, plus the added pressure of its status as a potential history-maker as a film directed by a woman of colour. Zhao would be the first non-white woman, and only the second woman, to take her film to Oscar glory, though more often than not, the film that launches into awards season as the frontrunner doesn’t stick the landing, and Nomadland will have to face off against films with seasoned Oscar racers and major studio backing.

Such a burden for such a delicate, compassionate, wonderful little film. Zhao’s portraits of Americans dislocated from that most capitalist of countries’ twisted, artificial sense of culture and society loosens up in Nomadland and lets out. Joshua James Richards’ shots glide across the North American wilderness, passing in and out of characters’ lives, observing moments in their transient existences with resolute sympathy. They work out of necessity, tying themselves down briefly for the privilege of freeing themselves indefinitely, though they work also out of duty; there’s a poignant focus on connection and community throughout this film. It hovers between compassion and unfussy un-sentimentality, quietly and subtly making the point that even the solitary soul can’t run from acknowledging their human responsibilities forever. America’s slick corporatism is manifest in gaudy symbols that will depreciate over time, as a dollar buys you ever less. The earth, though, will always be there beneath our feet. Best to get grounded and get on with things. 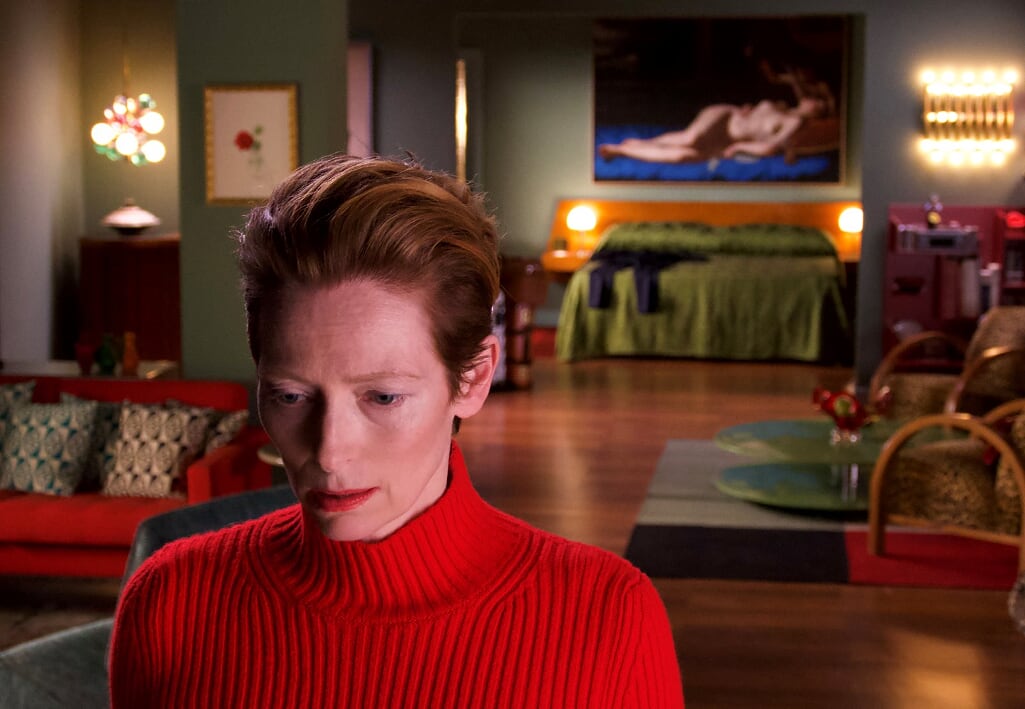 Pedro Almodóvar is obviously in a reflective mood. Last year’s Pain and Glory saw him take a rueful look back over a life and career defined, apparently, by more sorrow than you might expect from this most exuberant filmmaker. The Human Voice, however, is a cheerier, more playful retrospective, a collage of bold strokes of influence that makes a highly persuasive case for all filmmakers to indulge in the odd greatest hits collection. Somehow I’ve never felt quite as settled in Almodóvar’s milieu as I was here on an artificial set, a house that’s emphatically not a home, listening to Tilda Swinton speak over the phone, a conversation with no-one. If Pain and Glory was all Almodóvar’s most dolorous, most personal motifs leisurely stitched together, The Human Voice is all his brightest, most diverse and divergent motifs thrown together, mixed around and splashed onto the screen in remarkable colour. It’s worth it for the costumes alone. 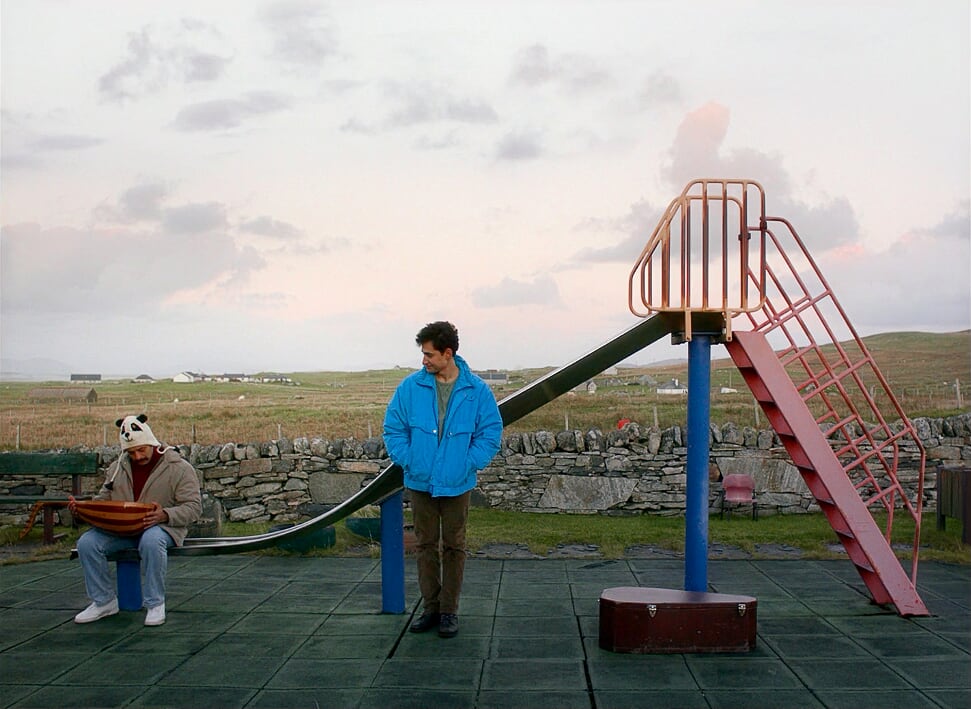 I’ve heard scarcely a thing about Limbo save unqualified praise, so I’m rather befuddled by my inability to chime in in the same key. Alas, I found this Kiarostami-esque comedy overly mannered and simplistic, and struggled to identify much purpose behind its trite intertwining of deadpan absurdity and light provocation. It’s an invented scenario of asylum seekers abandoned by the British state on a remote, rural Scottish island while their claims are considered – Ben Sharrock’s fictional reality is, if anything, kinder than our real reality, where Boris Johnson’s government dumps refugees in inhumane detention centres, unceremoniously deports them, or floats the idea of holding them in foreign territories or on discontinued cruise ships. It’s also a more inherently cinematic scenario, accommodating long shots of the picturesque Scottish scenery and emphasizing the isolation of a life lived impossibly far from one’s home.

I’ve no doubt that Limbo possessed plenty to say on the refugee crisis, but no doubt also that it largely fails to find compelling ways to say them. It vacillates between pat, overly emphatic observations about cultural difference and the challenge of forced assimilation, and vague, enigmatic suggestions of a more complex, thorough understanding. These suggestions don’t develop much beyond suggestion, however, though Limbo does eventually establish a certain emotional power by inquiring further into its protagonist’s backstory, something accomplished with sincerity and sympathy. Still, this is a hermetic, somewhat precious film that mistakes leisureliness for thoughtfulness and pretentiousness for incisiveness. 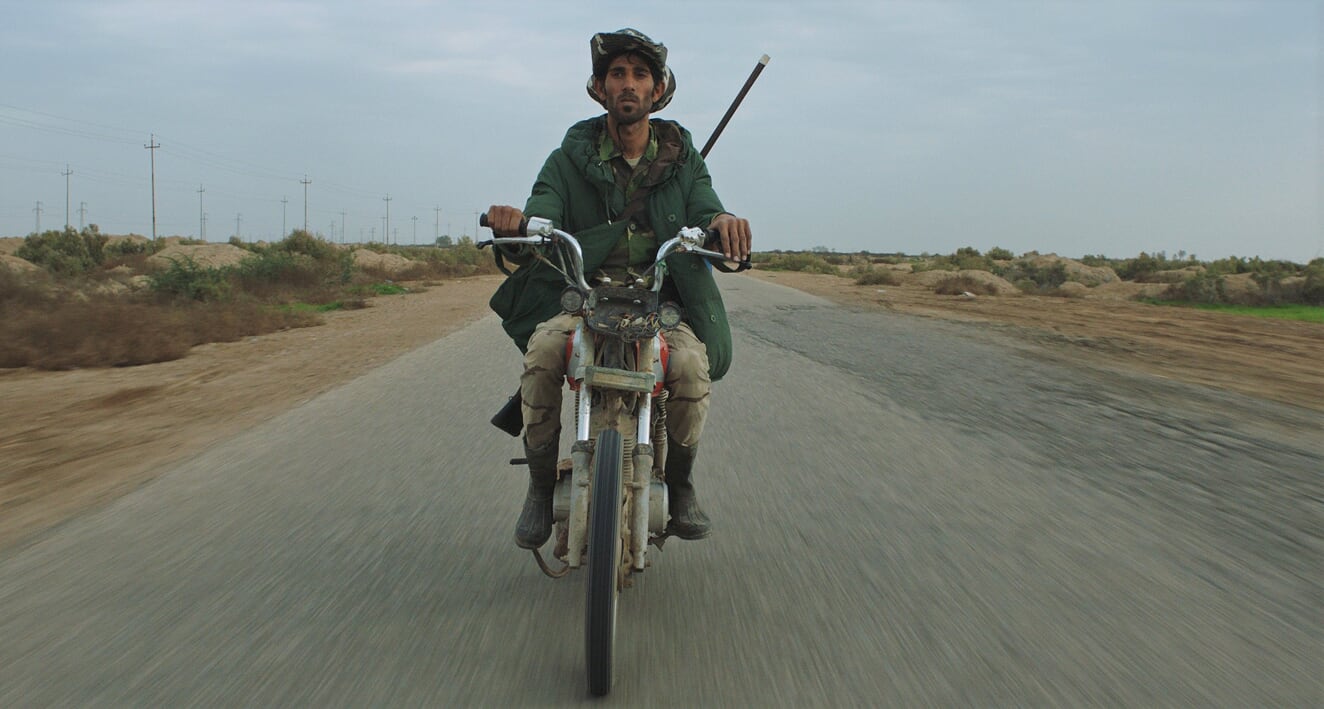 A more reliable commentator on the Eurasian refugee crisis is Gianfranco Rosi, whose 2016 documentary Fire at Sea memorably chronicled a chapter from the peak of the crisis in 2015. Then, it was from the perspective of an Italian community affected by the influx of the dispossessed; now, in Notturno, Rosi examines life in their nations of origin, casting his poetic eye over the desolation and degradation they’re fleeing. His imagery is striking though swift, unusually narrative/character-focused, lacking in the pensiveness it purports to encourage. His heart evidently goes out to every soul stranded in these despairing circumstances, though he never allows the viewer to get to know them, and they wind up looking like artistic tools posing to make a political point. The point still stands, but it’s put far less powerfully than it might have been had Rosi taken his time with his material, let it develop organically. Either that or present it as a photography exhibition – any number of stills from Notturno would have worked far better in that format. A fine companion piece to Fire at Sea, but less impactful.

by Sasha Stone
15
No Result
View All Result