by Clarence Moye
in ADTV, COMPOSERS
0 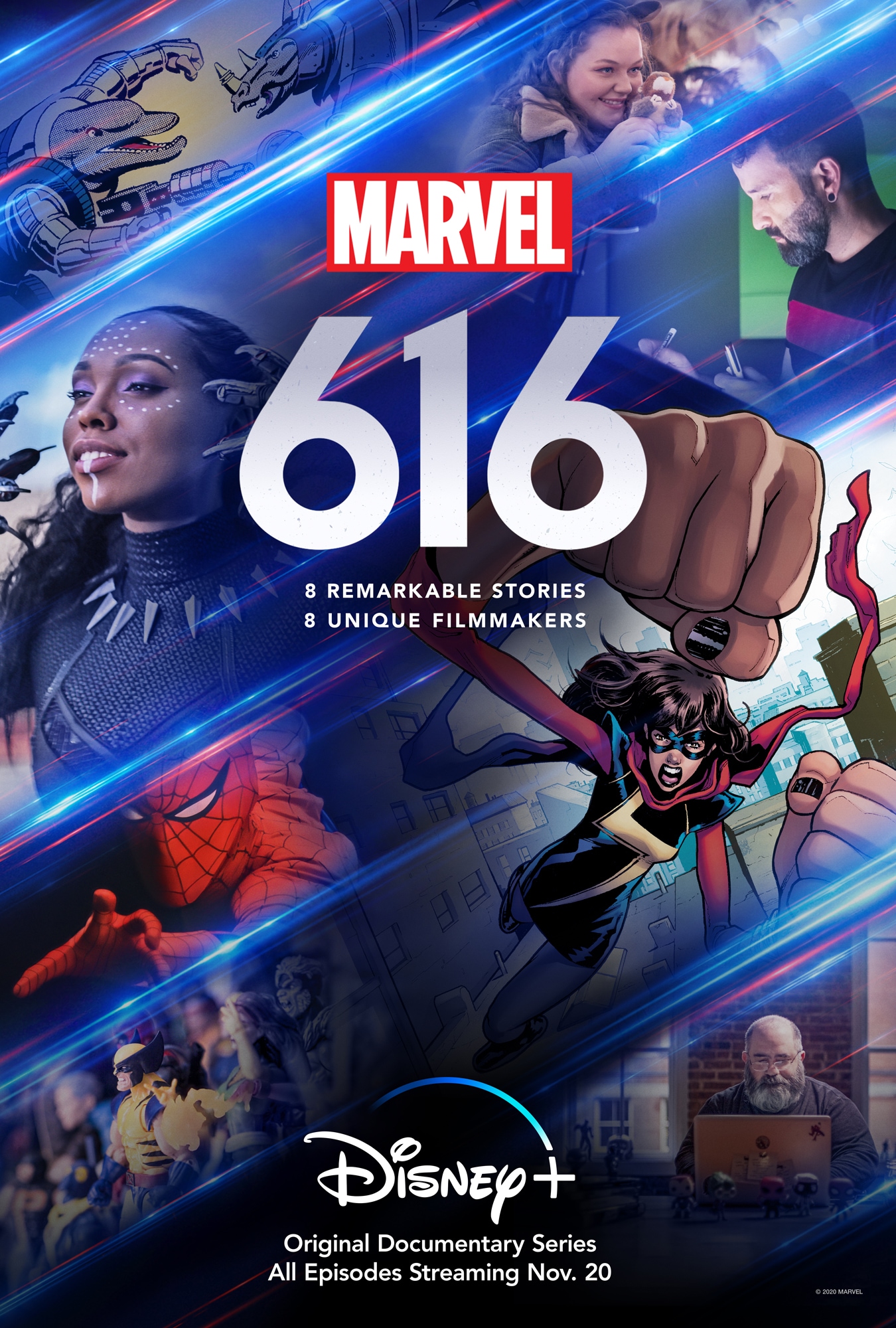 Marvel 616 is a new documentary series available exclusively on Disney Plus that explores the world of Marvel Comics. Directed by unique filmmakers, each episode highlights the many facets of the comics giant including in-house details to its impact on fans across the globe. Marvel 616 looks at its storied legacy, the women behind the comics, cosplay enthusiasts among several other engaging topics.

Emmy-nominated composer Jeremy Turner provides the appropriately high-powered orchestral main titles that orients the viewer into the Marvel Comics superhero world. He also provides nearly wall-to-wall scoring for episode 4, “Lost and Found,” directed by and starring comedian Paul Scheer. Now, “Lost and Found” is no ordinary documentary episode. Instead, it calls on Scheer’s unique sense of humor to recall lesser-known superheroes that often inspire equal measures of ridicule and obsession.

Probably not Leather Boy. Look it up.

But definitely Brute Force, the team of cyber-engineered animals who form a (of course) super hero team.

Scheer’s episode primarily focuses on his fascination with Brute Force, which gives composer Turner a unique opportunity to truly have fun with the material. Here, Turner speaks with Awards Daily about how to create a superhero theme, about his relationship to Marvel Comics, and whether or not Brute Force is something he’d like to explore as a stand-alone project.

Awards Daily: Let’s start with Marvel 616‘s main theme. It’s definitely very dramatic, very superhero-y. That’s not a word, but we’ll go with that for now. What do you think best contributes to that bold sound?

Jeremy Turner:  You could go back all the way to some of the first superhero films whether they’re DC or Marvel, and one would naturally go to John William’s Superman and things like that. I think for that big, epic, heroic sound, even though there are a lot of people doing things with synthesizers these days and other really interesting sounds, you still can’t really quite achieve that without an orchestra. It’s not gonna feel as grand and heroic without an orchestra. Whether it’s brass fanfares or cymbal crashes or trembles in the strings, whatever it happens to be, that definitely lends itself to that kind of feeling.

When they first asked me to write the main titles, we didn’t have any pictures to write to. I jumped on a call with Pat Clair, who’s the main title designer. He’s done some pretty epic opening sequences for Westworld and True Detective. I asked him what he was thinking, and then I just put pen to paper. That was the first thing I wrote, what ended up being the main title.

AD: Given this series is about Marvel Comics and its legacy, what was your personal relationship to comics prior to working on this series?

JT: Good question. I’d be kind of an average comic fan. When I was a kid, I definitely had comic books in my room and would read them. I got into some graphic novels at one point. I remember even, when I was really little, I used to get on my dirt bike and ride to 7/11 and buy Garbage Pail Kids and things like that. I’m by no means like an uber fan, but I had Star Wars figures and all that kind of stuff. I’ve always been a fan of those of comic books. I’ve seen all the movies and read all the stories, and so I had a basic understanding or a jumping off point.

AD:  “Lost and Found,” the episode for which you provide the full score, is a fun episode. It’s very different because it draws so heavily on Paul Scheer’s sense of humor. What was it about that episode that made you say, ‘This is the one that I want to score?’

JT: I wasn’t really given that choice in terms of which one do I want to score? The neat thing about anthology series is different directors, different stories, and a different composers. That just happened to be one of the first ones that they did, and the producers asked me if I if I’d want to do that one. I was immediately drawn to it because, first of all, Paul’s hilarious and it just sounded really fun. It’s as meta as meta can be. It’s a really cool idea of finding a property that Marvel already owned and pitching it back to them.

It was the kind of thing, as a composer, where I could really use everything in my palate. I mean, I used a theremin. I used the steel guitar. It was really fun. When it came time to get back to that sort of heroic or casual sound that we’ve been discussing, I could still use it, even though it was a comedy. If you take some of the music that I wrote for the episode and put it in a big action adventure sequence or something, it would still kind of work. It was fun to kind of use it in in sort of a tongue in cheek way.

AD: When Paul ultimately settles on Brute Force, did that change the way that you scored the episode?

JT: Definitely. One of the first things I wrote was this introduction to those five characters, and I developed little vignettes, musical vignettes, for each character. For the kangaroo, it’s a little on the nose, but it has a little didgeridoo hidden in there. For the bear, there’s some tuba and some big bombastic brass. For the technological side of Dr. Echo, we use some arpeggiated synthesizers and things like that. That was super fun, just scoring what I thought each character sounded like. We didn’t get so far on the nose that each one has their own theme, per se, but, we definitely have developed a Brute Force theme that runs throughout.

AD: If Disney Plus were to introduce an animated or live action show based on one of these D-list characters from their backlog, what is something for which you’d like to write?

JT: The Brute Force thing, if they went ahead with it, would just be a blast. Live action might be a little tough, although you’re starting to see with Lion King and Jungle Book there’s no limit to what they can do. That would certainly be fun. I think the biggest surprise for me was that there were over 8,000 characters in the Marvel Universe. I had no idea that there are that many. They all started off from a very simple place. You don’t know if Wolverine is going to go anywhere or if he’s just going to be a little kitty cat with knives on his gloves. It’s pretty cool to see how, for whatever reason whether it’s the times that
we’re in or that those characters are reflecting, you never know what’s gonna strike a match.

Marvel 616 is now streaming on Disney Plus.