< Coppola, Jones, Wayans Discuss 'On the Rocks' At Virtual Q&A - Awardsdaily - The Oscars, the Films and everything in between.
No Result
View All Result

Coppola, Jones, Wayans Discuss ‘On the Rocks’ At Virtual Q&A

by Clarence Moye
in BEST DIRECTOR
1

Awards season continues – even if none of the traditional metrics by which we measure it are in place.

Thanks to the COVID-19 pandemic, awards-focused films are no longer able to hold public screenings and Q&A events that would have historically built that critical buzz. What’s left are a series of pre-recorded Q&A sessions that typically accompany virtual screenings of the film. All the major fall premieres have had them – Mank‘s was particularly extensive and revelatory.

Tonight, Apple held a virtual screening of On the Rocks with a Q&A session featuring director Sophia Coppola and stars Rashida Jones and Marlon Wayans, moderated by Variety‘s Clayton Davis. During the Q&A, Coppola talked about her inspiration for the film which naturally stemmed from her personal experiences after having children. She wanted to blend the feel of a classic screwball comedy with more modern themes that resonated with her personally – father/daughter relationships, balancing work and family, and raising children.

How did Coppola attract Jones?

“She asked and I was there,” Jones laughed. “It was an easy yes!”

Wayans welcomed the challenge and safety of Coppola’s set as he returned to a dramatic project. Granted, it’s far less taxing than his last dramatic film – Requiem For a Dream. He loved jumping back into a heavier project under Coppola’s direction, but he wanted more scenes with the great Bill Murray who was absent from the Q&A. Murray plays Jones’s father in the film.

“Bill always brings some kind of magic to the set, unexpected things, and it’s always exciting to see what he’ll do,” Coppola shared. “I think in this, I was really struck when he opens up and is more heartfelt. You don’t see it coming, but he opens himself up in a way that’s really vulnerable and touching. I love our cast together. They feel like a real family.”

Jones remarked that Murray wasn’t always the Great Iconic Presence on the set. Rather, she found him to be a perfect and generous scene partner. She marveled at how different he is in real life from his filmed performances, particularly considering the subtle touches he takes in On the Rocks.

On the Rocks is currently streaming on Apple TV+. 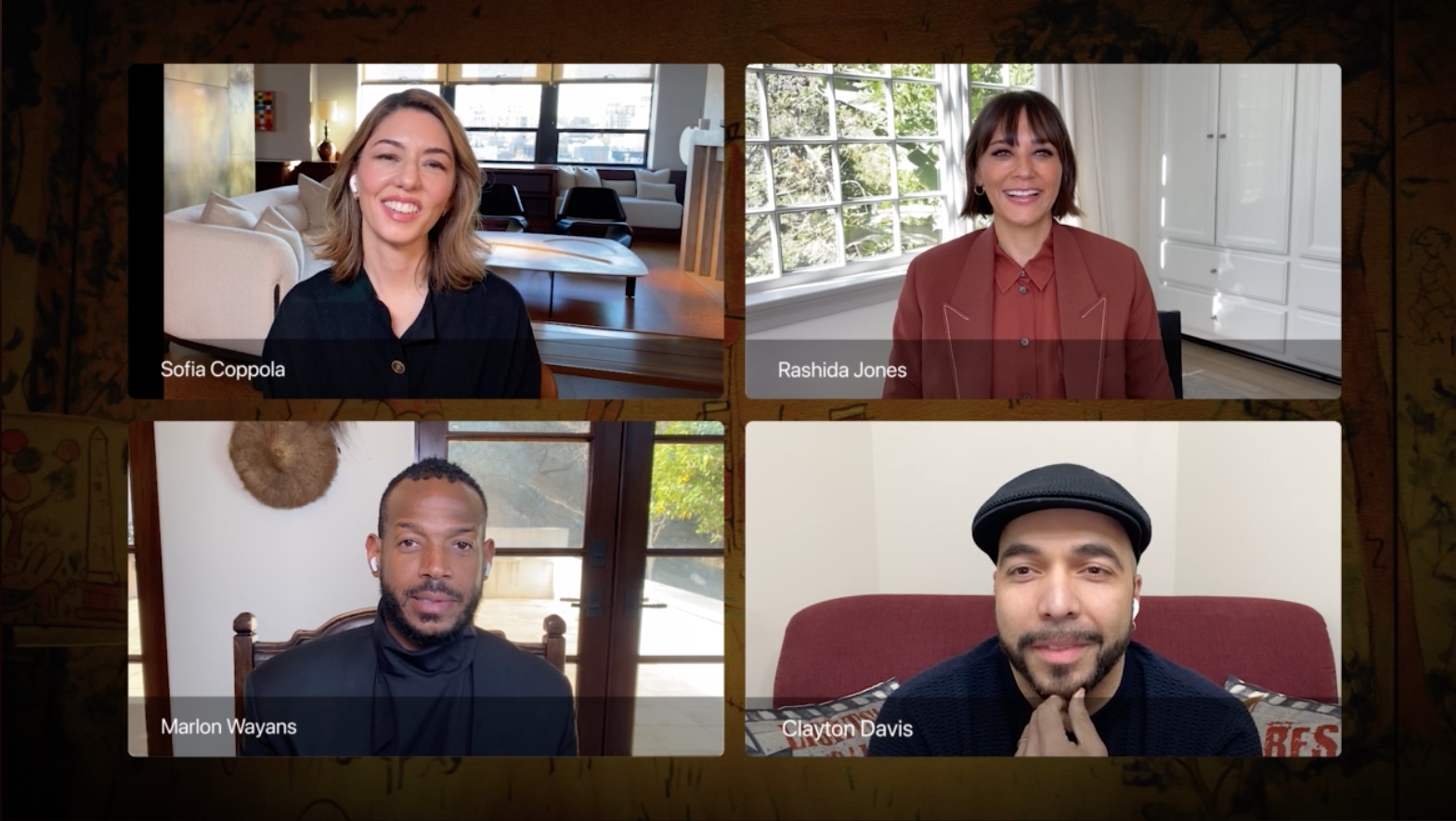 Marlon Wayans Excels in 'On the Rocks' Dramatic Turn