by Sasha Stone
in Golden Globes
11

In his newsletter column on Substack, Richard Rushfield highlights the absurdity of taking the Golden Globes seriously enough to be outraged by them:

But here we are. It’s not quite the elephant in the room that you can’t avoid talking about; it’s more like the bonkers, seven-level, crystal, cantilevered chocolate fountain in the foyer that somehow is incredibly wrong but at the same time fits perfectly and somehow brings together the entire decor.

Rushfield’s piece is about just how bizarre of an era we’re living through now where the barely there Oscar race, that is being cobbled together as what Rushfield describes as, “some kind of critics/Twitter/punditocracy fan fiction version of an Oscar race set in a dystopian future after the fall of Sundance” is now under the thumb of the most watchful group imaginable.

The Golden Globes issued a statement after a “scathing expose” in the LA Times about them, “We understand that we need to bring in Black members, as well as members from other underrepresented backgrounds, and we will immediately work to implement an action plan to achieve these goals as soon as possible.”

So now they’re going to have to seek out and find any black members out there across the world who might want to join their very insular team doing their completely thankless job. I am having a hard time imagining anyone would want that job? Who would want to be the black person hired so that Twitter isn’t mad at the HFPA anymore?

What is happening right now is that the awards industry, and the film industry overall, has pandered so completely to the left that now they are at their mercy. So, if they had, say, the other half of America tuning in, watching the movies, watching the shows they would not be in a situation where the only audience they now depend on might suddenly boycott them because they make a mistake with their nominations which aren’t inclusive enough.

It is a bit like a snake eating its own tail. It didn’t occur to me until today that the Globes are going to have to mount a barely-there telecast on Sunday amid “controversy” but apparently they are. Their winners, therefore, better meet the high standards of Twitter or else: 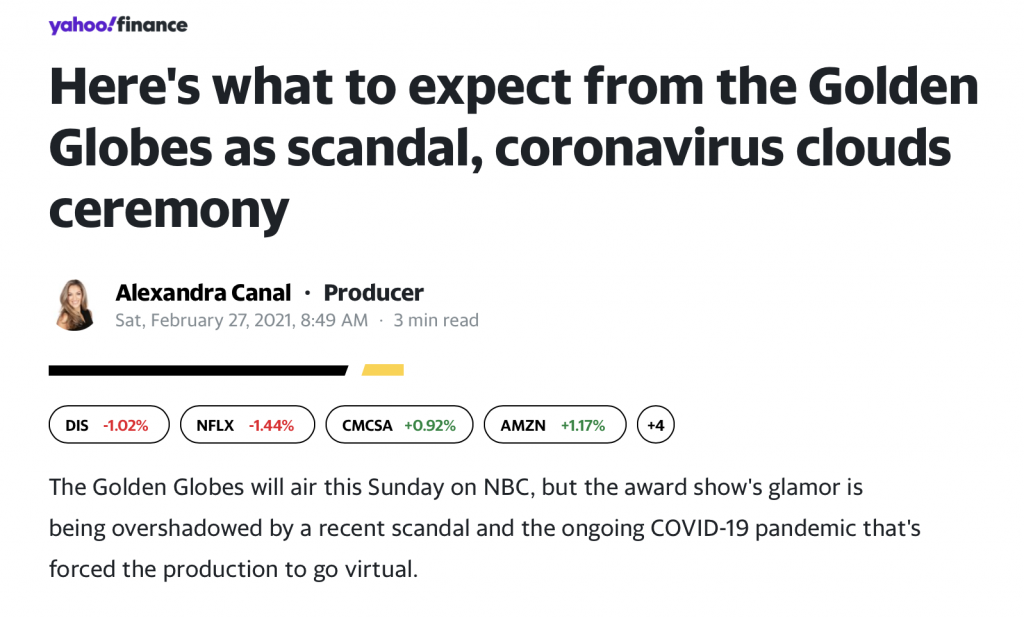 We don’t really have many actual journalists covering the awards beat anymore that write stuff like Rushfield has here. Anne Thompson can’t cross that line, that’s for sure, though she does write a summation of the situation here. 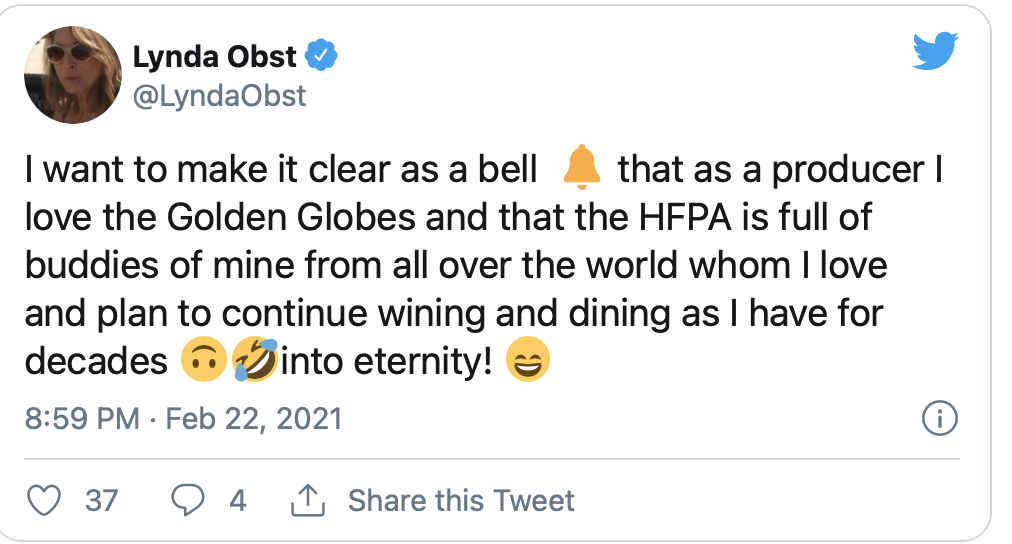 It remains yet another surreal bump in the road to Oscar 2021 that the Golden Globes are suddenly being taken this seriously. One would hope the trade-off means better ratings for their show but I don’t think that is how it will go. In fact, I think it will go exactly in the opposite direction, along with the Oscars. Americans are exhausted by this past year for so many reasons. That’s not an excuse for lack of diversity in the HFPA but it is a reminder that ratings still matter. The Oscars already live in the realm of king more like a Public Service Announcement than an awards show – and the more pressure you put on the HFPA, the more like that they are likely to be. It isn’t exactly fun to watch a PSA when it’s supposed to be a night of fun Hollywood silliness. 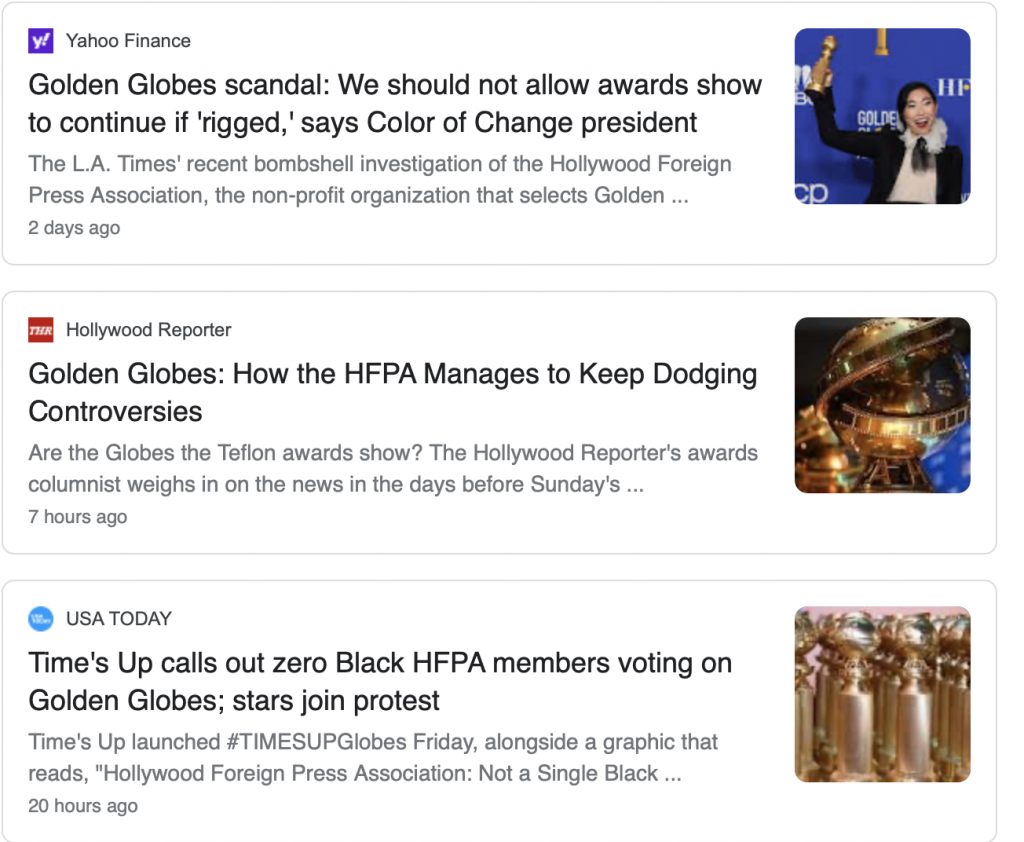 I will once again repeat that they broke a record with three female contenders in their Best Director category. They nominated Ava DuVernay for Best Director when neither the DGA or the Academy did. But I guess in the end that counts for nothing.

It all shakes out tomorrow.