One year ago to the day, the 70th Berlinale drew to a close. On the same evening, the first COVID-19 case was confirmed in Berlin. Two weeks later, the city’s cinemas shuttered. At the time it felt like the festival lucked out, because no one was expecting we would still be dealing with this a year later. Oh how innocent we were.

By the end of 2020, it became clear business as usual was not an option for #Berlinale71. That’s when organizers decided to split the festival into two parts. From March 1-5, films from the official lineup will be shown online to press and industry folks. Regular Berliners will get to catch up with the program at a planned physical edition in the summer.

It’s obviously a compromised format that nobody loves. And, reporting from my couch into a void where usually there would be parties, red carpets and camera crews, it’s hard not to imagine what if the festival opens for real today. What if, in that parallel universe, the 71st Berlinale kicks off the festivities with, say, veteran German filmmaker Dominik Graf’s sprawling, radical, profoundly thoughtful period drama FABIAN?

Unlikely but that would have been a wicked choice, and entirely fitting too, not because the film’s a star-studded curtain-raiser à la THE GRAND BUDAPEST HOTEL or ISLE OF DOGS, but because it captures the raw, chaotic energy of Berlin few films ever managed to. It’s a three-hour adaptation of Erich Kästner’s eponymous novel that rebels against conventional narrative form/structure and, in the process, brings a city with a uniquely troubled past to life.

Set in 1931, the film revolves around the titular character (played by Tom Schilling), a 30-something wannabe writer who’s left a provincial upbringing to look for greatness in the sophisticated, cosmopolitan Berlin. To pay the bills, he spends his days doing a thankless advertising job. At night he explores the plethora of hedonistic pleasures the city has to offer. It’s a time of upheaval confusion. People’s livelihoods are threatened by economic depression, political extremism is on the rise, an era is on the brink of change and everyone can feel it. But despite – or perhaps because of – the anticipation of things coming to an end, there’s a sense of abandon in the air that liberates and electrifies.

In between his nightly escapades, Fabian meets trainee lawyer Cornelia (Saskia Rosendahl) who harbors aspirations to become an actress. The two fall in love, but doubt catches up with them when a lusty film mogul comes along with the promise of turning Cornelia into a star. Meanwhile, Fabian finds a confidant and intellectual sparring partner in Labude (Albrecht Schuch), a rich heir struggling with his own anxieties about proving his worth. The three stumble through the consequences of their choices as all around them, the world is starting to crumble. 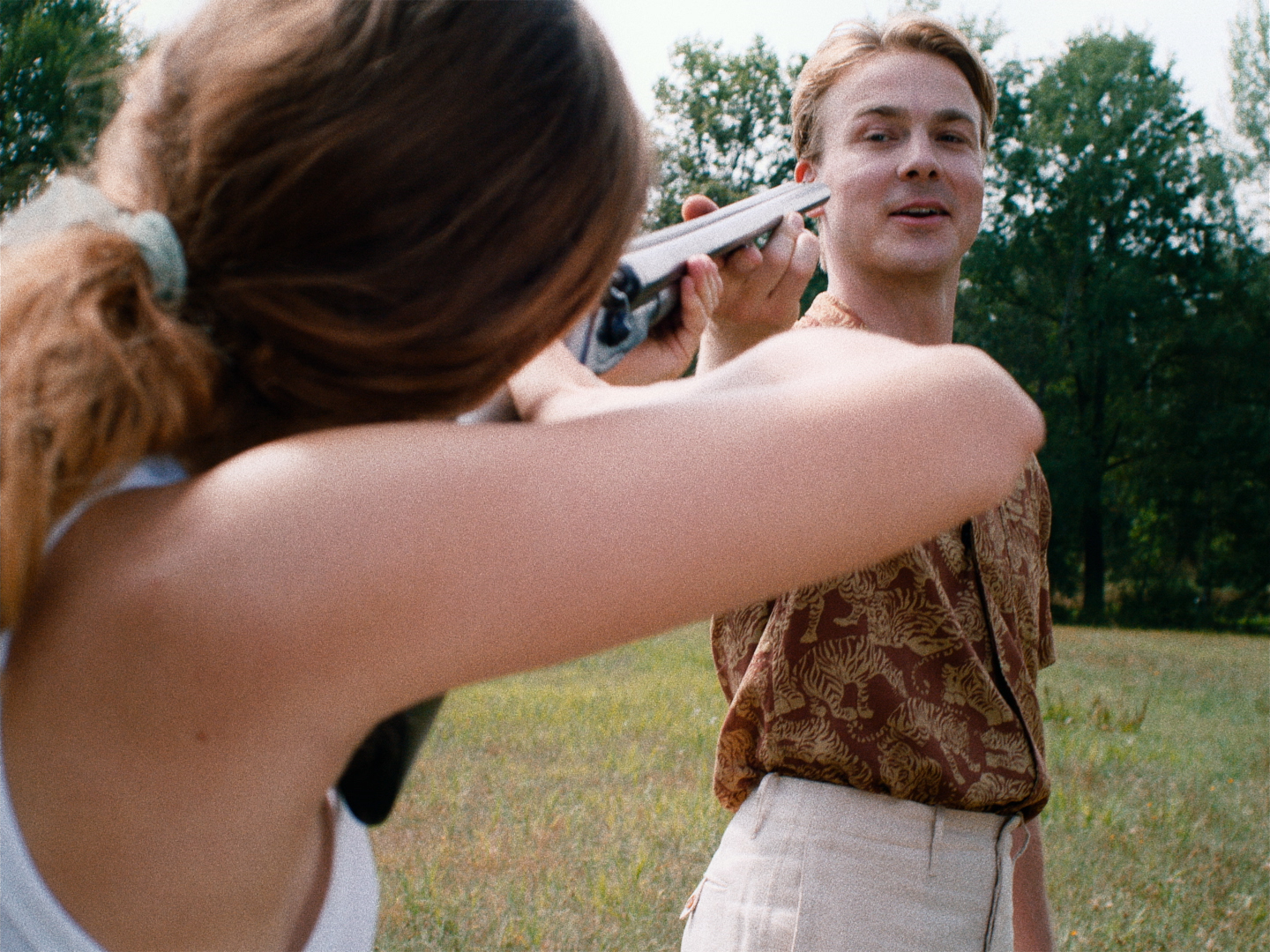 For a period film – for any type of film, really – FABIAN looks, sounds and unfolds in a very particular, all-around surprising way. The near-constant narration (in male and female voices) that details the thoughts of the protagonist has a classical storybook quality to it. At the same time, the film is fueled by a jazzy contemporary restlessness that feels anything but old. Neither the production nor costume design is consistently period-specific, switching between eras with wild spontaneity. The dynamic, distinctly unrefined cinematography also defies nostalgic expectations with a decidedly modern sensibility. The editing is intuitive and jaggedly expressionistic, following the emotional beat of the characters and driving this literary epic forward at a relentless pace. The combined effect of these seemingly contradictory elements is jarring yet hypnotically compelling. Every fevered frame breathes truth and life.

For the way it revitalizes classic literature with such bold, new cinematic language, FABIAN reminds me of Pietro Marcello’s MARTIN EDEN. It’s like a crazier, less pretty cousin of the handsome Venice winner if you will. But that’s Berlin for you. A place that has seen real trauma and learned to embrace the gay and the grotesque, to never hides its scars.

The principal cast is great. Schilling, who last starred in the Oscar-nominated NEVER LOOK AWAY, has no trouble conveying the inner conflict of a young moralist, even if I might still prefer his light-footed star turn in another definitive Berlin film OH BOY (2012). Rosendahl is charming and portrays Cornelia’s journey with subtle conviction. Her last scene, in which she’s seen waiting alone in a restaurant, is a tiny heartbreaker. Schuch, who broke out two years ago in the Berlinale winner SYSTEM CRASHER opposite current Oscar hopeful Helena Zengel, is best in show for me. His Labude is all ideas and principles. When he sees everything that he believes in fall away, the crushing weight of disappointment and despair is palpable.

Ultimately, FABIAN is Graf’s mad, beautiful baby. From the curious first shot to the ominous final fade-out, this bona-fide trip of a film revisits a momentous time in history and address larger-than-life questions by telling the story of three ordinary people. If Kästner’s book was a prescient foreshadowing of the moral collapse that led to the Second World War, Graf’s adaptation puts a timeless spin on the material and makes it feel as urgently relevant as ever.