The race for the Golden Bear heats up today with the premiere of two films in competition at the 71st Berlinale, both featuring fantastical elements.

First up is French auteur Céline Sciamma’s PETITE MAMAN, the highly anticipated follow-up to her Cannes winner PORTRAIT OF A LADY ON FIRE. Clocking in at just 72 min, it’s a pint-sized gem about growing up and saying goodbye that got this viewer crying his sleep-deprived eyes out at 9 in the morning.

The film centers around 8-year-old Nelly, whose grandmother just passed away. To clean out grandma’s belongings, her parents take Nelly to the house where her mom Marion grew up. Seeing the mementos of Marion’s childhood makes Nelly realize she hardly knows anything about her mother before she was her mother. Marion, still grief-stricken and in no state to answer her daughter’s questions, leaves the house to take a break from the memories. That’s when Nelly wanders into the forest nearby and makes a new friend.

What happens next isn’t strictly speaking spoiler territory because you instinctively know what’s going on the minute you see it, but I won’t go into specifics anyway. Suffice to say Nelly and this other 8-year-old girl strike up a special friendship that gives each the chance to learn something about themselves and those they love. But even more so, it gives us viewers the chance to mentally revisit our own childhood and people who made us who we are.

Sciamma has proved time and again that she’s an exceptionally skilled and insightful writer who sees the subtlest facets of the human experience. With PETITE MAMAN, she uses a simple conceit to address – beautifully and devastatingly – some of life’s biggest mysteries. And even though she never plays up the fanciful premise or milks the scenes for sentiments, the script packs an incredible emotional impact because you recognize the authenticity, the absolute truth in all the make-believe. Many lines land so hard you’d think you can cry on cue now.

With TOMBOY, also a Berlinale premiere 10 years ago, Sciamma showed the rare gift of depicting children as inexperienced but complex, perceptive individuals. She did it again here with the portrayal of Nelly and her friend. The two are very much kids who enjoy their silly games. But Sciamma makes it a point to remind us that sometimes it’s the children and not the adults who see things as they really are. When an 8-year-old tells her father “There won’t be another time”, it might just be the sharp observation of someone who hasn’t discovered self-delusion yet.

Compact but wise and deeply affecting, PETITE MAMAN is pretty much impeccable filmmaking. And what a joy to remember we used to be so open-minded that magic was literally possible. 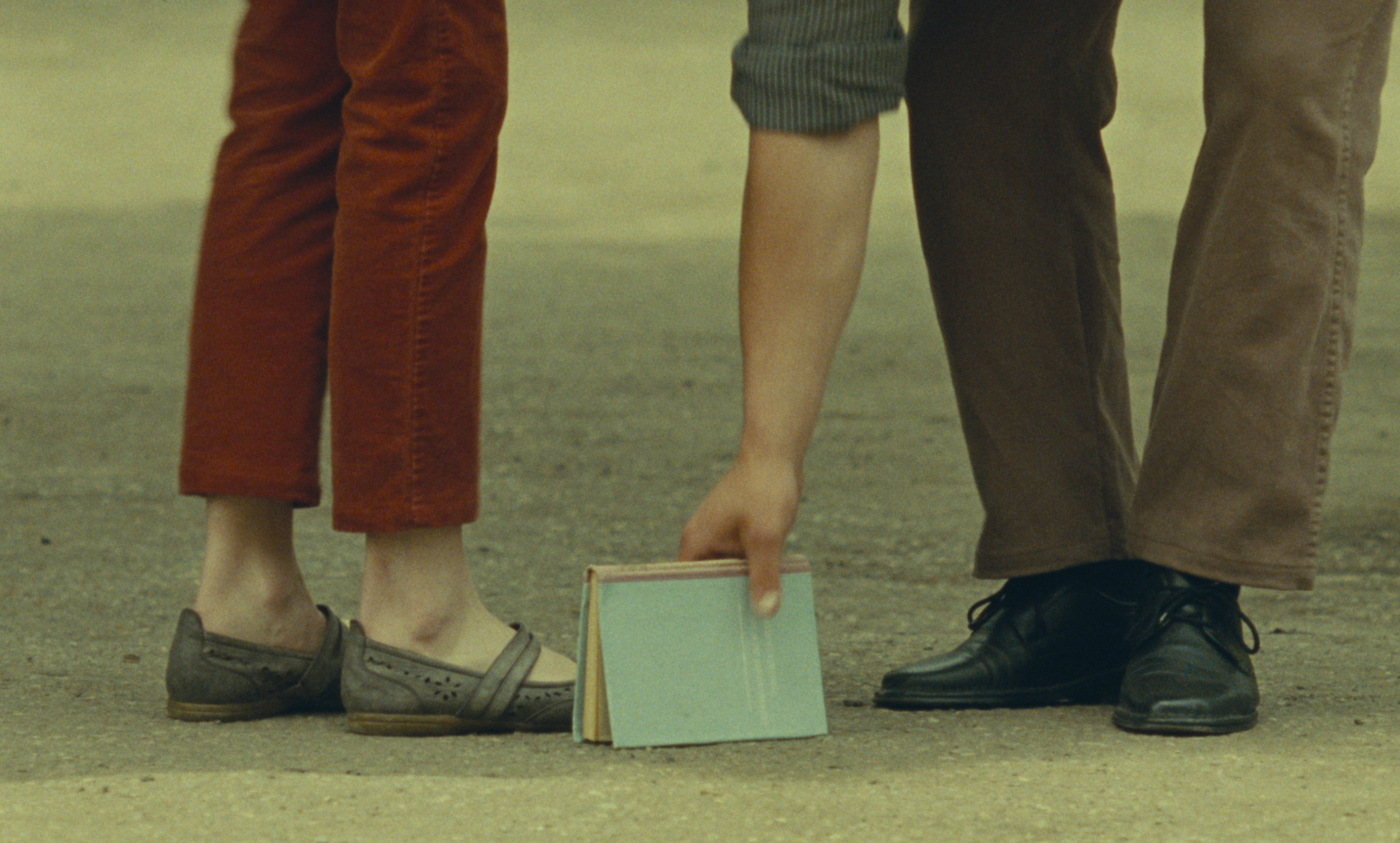 A very different type of magic is in play in Georgian filmmaker Alexandre Koberidze’s sophomore feature WHAT DO WE SEE WHEN WE LOOK AT THE SKY?, a sprawling modern-day fairy tale that juxtaposes themes of love and fate with great flourish.

Set in the city of Kutaisi, the film tells the story of chemist Lisa and soccer player Giorgi. After bumping into each other twice on the same day, they decide to follow up that instant attraction with a proper date at the café by the river. It all seems perfectly promising, except a sinister force decides to make it harder for the lovebirds and curses them before they could meet again. The next morning, both Lisa and Giorgi wake up looking like someone else. Unable to recognize each other but unwilling to give up, they both find employment at the café, hoping the other would show up one day.

This is an unconventional love story on several counts. There is obviously a fanciful twist to the traditional boy-meets-girl narrative. And instead of leaning in an overtly comedic or dramatic direction, the film simply gives the boy and girl in question the time to wait it out. Lisa starts selling ice cream at the café and Giorgi gets hired to man the pull-up bar for tourists nearby. Eventually what needs to happen will happen, even if it takes another inexplicable miracle. This breezily quirky, fundamentally hopeful tone of the film is something to luxuriate in.

Also, for a film that’s ostensibly about a cursed couple, WHAT DO WE SEE… spends a lot of time looking at other people. Kids playing soccer in the streets, students practicing instruments at school, even the two cafés in town get individual profiles. These snapshots of a vibrant city life add a welcome touch of warmth and humanity to a film that requires some suspension of disbelief. Through them you also see the endless potential for encounters, surprises, stories.

Throughout its epic 150-min runtime, WHAT DO WE SEE… looks and sounds lovely, with a standout original score by Giorgi Koberidze. The harp-based, florally exuberant main theme captures the film’s playful romanticism and can live in my head rent free. Kudos to Koberidze for delivering a second feature of this scale with such narrative confidence and technical finesse. After the 2019 Cannes selection AND THEN WE DANCED and the 2020 festival breakout hit BEGINNING, this striking Golden Bear contender offers further proof of an exciting new wave that Georgian cinema appears to be experiencing.