Berlin Dispatch – Azor / All Eyes Off Me

I love a good thriller as much as the next guy, and Swiss filmmaker Andreas Fontana’s feature debut AZOR is a great thriller. Premiering in the Encounters sidebar at the 71st Berlinale, it depicts contemporary European colonialism in Latin America over 100 splendidly ominous, densely atmospheric minutes and lets you see how the blood of a continent is sucked dry without anyone noticing.

The story is set in the 80’s and follows Yvan De Wiel (played by Fabrizio Rongione, oft-collaborator of the Dardenne brothers), a Geneva-based private banker who travels to Buenos Aires with his wife to take over his colleague René Keys’ work after Keys disappeared. De Wiel has no idea what his predecessor has been up to in Argentina, but by visiting his rich and powerful (white) clients one by one, he slowly pieces together a vast, vicious scheme that takes him down a path of no return.

AZOR is first and foremost a gripping mystery with an invisible villain and unseen crimes. Indeed, everywhere the suave protagonist goes, people lounge by pools, bet on horses, exchange travel stories. Nothing but smiles and kisses. Although vague references are made here and there about “times being rough” or “you don’t just leave the country right now”, where’s actually the problem? As De Wiel himself blithely comments upon arrival at the hotel, “It’s like being in Europe!”.

And yet of course everything is wrong. How did the Argentinian ruling class amass its obscene wealth when stray shots of the streets suggest a different reality that has nothing to do with Swiss banks or race horses? How does it keep this segregation alive and its own precious bubble intact? No wonder René Keys seems to be the name on everyone’s lips – somebody has to do the dirty work. Now that he’s gone, the question becomes: is De Wiel up to par?

In never letting us meet Keys, Fontana has created a fascinatingly ambiguous, Keyser Söze-esque figure that intrigues and unsettles the less you know about them. Like De Wiel, we have to make up our mind about Keys from the reactions and impressions of others. Which makes De Wiel’s eventual obsession with him all the more relatable. For a feature debut, Fontana shows remarkable confidence and dexterity. He smartly avoids histrionics to maintain a sedate but consistently uneasy tone for the film. The deliberate pacing is also just right, cueing you in on the very mannered, sophisticated brand of evil in action.

For its diverse cultural composition and complicated, often tragic history, Latin America is a gold mine of stories. It’s particularly encouraging to see more and more filmmakers take on (unresolved) historical subject matters that still resonate today. Watch, in addition to AZOR and among many others, last year’s Berlinale competition title ALL THE DEAD ONES (Brazil), Oscar-shortlisted LA LLORONA (Guatemala), Oscar-nominated EMBRACE OF THE SERPENT (Colombia) and be astounded by the breadth of themes and artistic expressions. 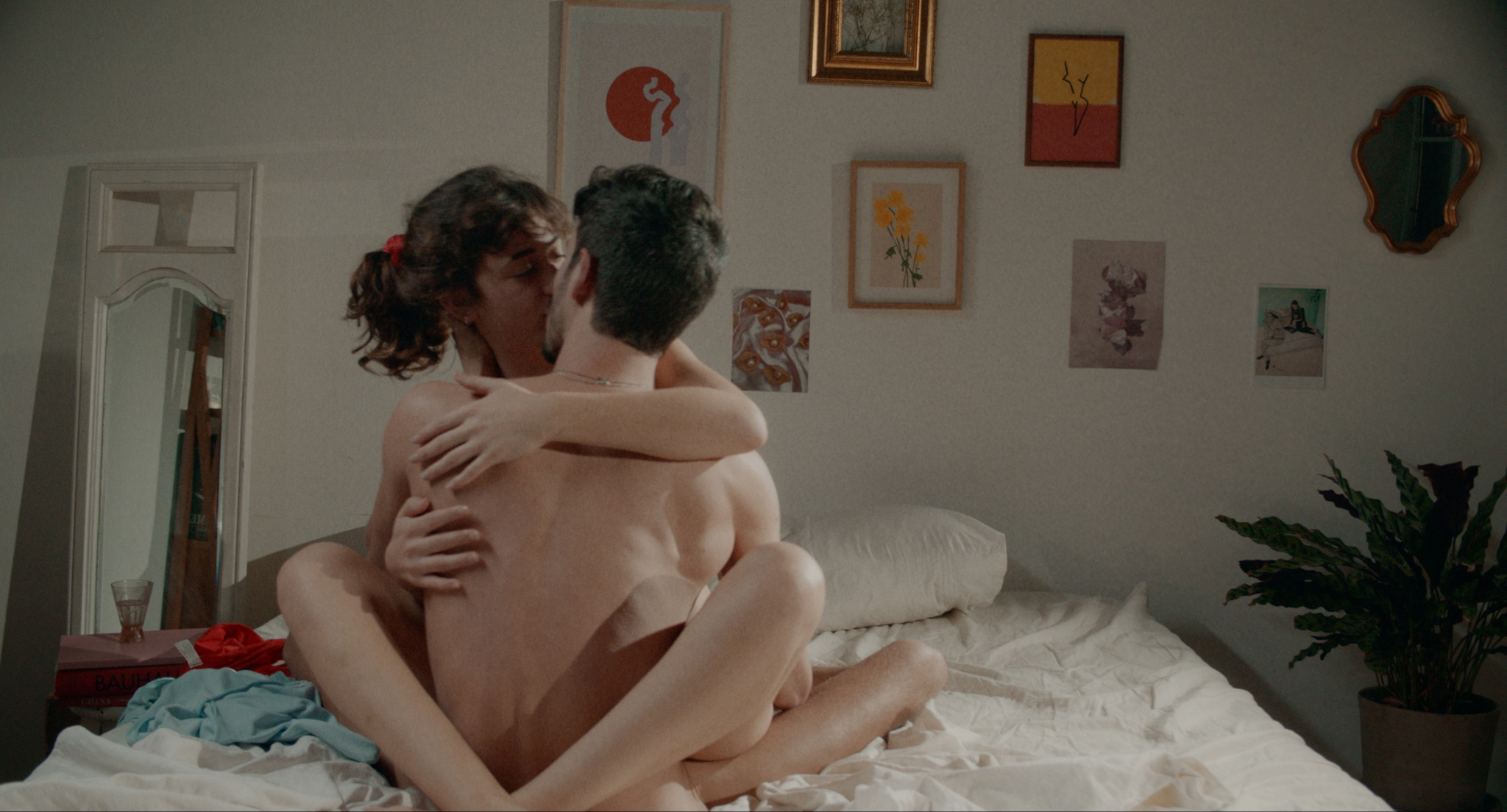 Meanwhile, over in the Panorama sidebar of the Berlinale, we are treated to another exciting new voice as Israeli writer/director Ben Aroya delivers her sophomore feature ALL EYES OFF ME. Divided into three parts, it’s a snapshot of urban relationships and loneliness that electrifies with its raw, razor-sharp honesty.

The first part is one extended scene set at a crowded house party. Danny is looking for Max to tell him about her pregnancy. Not that Danny is the type to harbor romantic notions of love, but when she finds Max, the sight of another girl in his arms throws her off. On impulse, she shares a story with Max that quite brutally encapsulates the transience of modern love. In the second part, the film turns its attention to Max and the girl at the party Avishag. Young, horny and self-assured, they are happily experimental to the point of scheduling dates for Avishag to be slapped by Max. But does unlimited sexual gratification translate to a sense of companionship and contentment? The last part sees Avishag striking up an unlikely bond with Dror, an older man whose dog she sits. Past his prime and overweight, is it possible that this is the person around whom Avishag can most feel herself?

Like a gayer, spunkier Linklater, Ben Aroya weaves together tales of encounters and connections with erotically charged naturalism. The way she treats her characters is unsparing but kind, and the way she cuts from one narrative thread to another never feels forced. Although the scope of the film is rather limited, I enjoy the organic flow of events and especially the moments of surprising tenderness that cut through the Gen-Z attitude.

One such instance is when, in a warm postcoital rush, Max tells Avishag about a bisexual experience he’s had on vacation. The hints of excitement, nostalgia and residual shame combined with the intimacy of the situation give the scene an unexpected poignancy. The kind of scene that tells you more about a character than an entire screenplay sometimes does. Another, even more unassuming instance is the moment Dror finds her dog-sitter Avishag passed out drunk in his bed. Something that he’s definitely not expecting to see and is under no obligation to tolerate, which makes the way he reacts all the more telling.

To portray modern relationships without recognizing the free-spirited fast-love aspect would be unconvincing. At the same time, one can also go overboard and get lost in empty, sensationalistic stunts. It’s a real balancing act. With ALL EYES OFF ME, Ben Aroya shows promise to be a filmmaker we could trust to tell more stories of the young.