So that was it. Another year, another – very unusual – Berlinale. Compressed and entirely virtual, with a 24-hour screening window that induces paralyzing FOMO, the 71st edition of the festival came to an end. Here’s a look at the winners of the main competition, chosen by a jury composed of six previous Golden Bear winners:

Outstanding Artistic Contribution: Yibrán Asuad for the editing of A COP MOVIE

Kudos to the Berlinale for having a tech award category and this is a good call. Mexican director Alonso Ruizpalacios’ A COP MOVIE is the last competition title I saw and it surprised, entertained and educated in equal measure. Starting out a vibrant, jazzily kinetic documentary about a couple working in the Mexican police force, the film shifts perspective midway and evolves into something even more intimate and revealing. Asuad’s editing brings out the striking tonal contrast and gives the film its propulsive energy.

I did not expect the jury to recognize Korean maestro Hong Sangsoo’s miniature gem but am I glad they did. Running just 66 minutes, the b&w dramedy somehow packs all the wit, quirks and melancholic reflections of a HSS joint. There’s great poetry in the way Hong structures his films that renders the simplest plot mysterious, the quietest observations profound. I still can’t quite work out if this has more to do with his writing or direction, but I suspect for a true auteur like Hong, there is very little distinction between the two anyway.

For the first time ever, the Berlinale eschewed the traditional best actor/actress prizes and awarded two gender-neutral lead/supporting performances. Being the most progressive among its European counterparts, it’s no surprise that the change started in Berlin. But can it make a strong enough case for the change to persuade other A-list festivals to follow suit? This year probably won’t tell us much, in part because the competition lineup is comprised mostly of director vehicles and features few acting showcases. Also, there are a few anthology films where the distinction between lead/supporting performances is unclear.

As it turns out, the jury went with one of such films, Hungarian director Bence Fliegauf’s FOREST – I SEE YOU EVERYWHERE, for their pick of the best supporting performance. The winner, 20-year-old Kizlinger, is the star of the first of seven shorts that make up the film. She plays a daughter unable to come to terms with her mother’s death and challenges her father’s role in the fatal accident. It’s a fiercely committed performance that reveals much vulnerability, rage and obsession. In other words, very worthy of recognition. The designation of “supporting performance” is in this case a little misleading though. 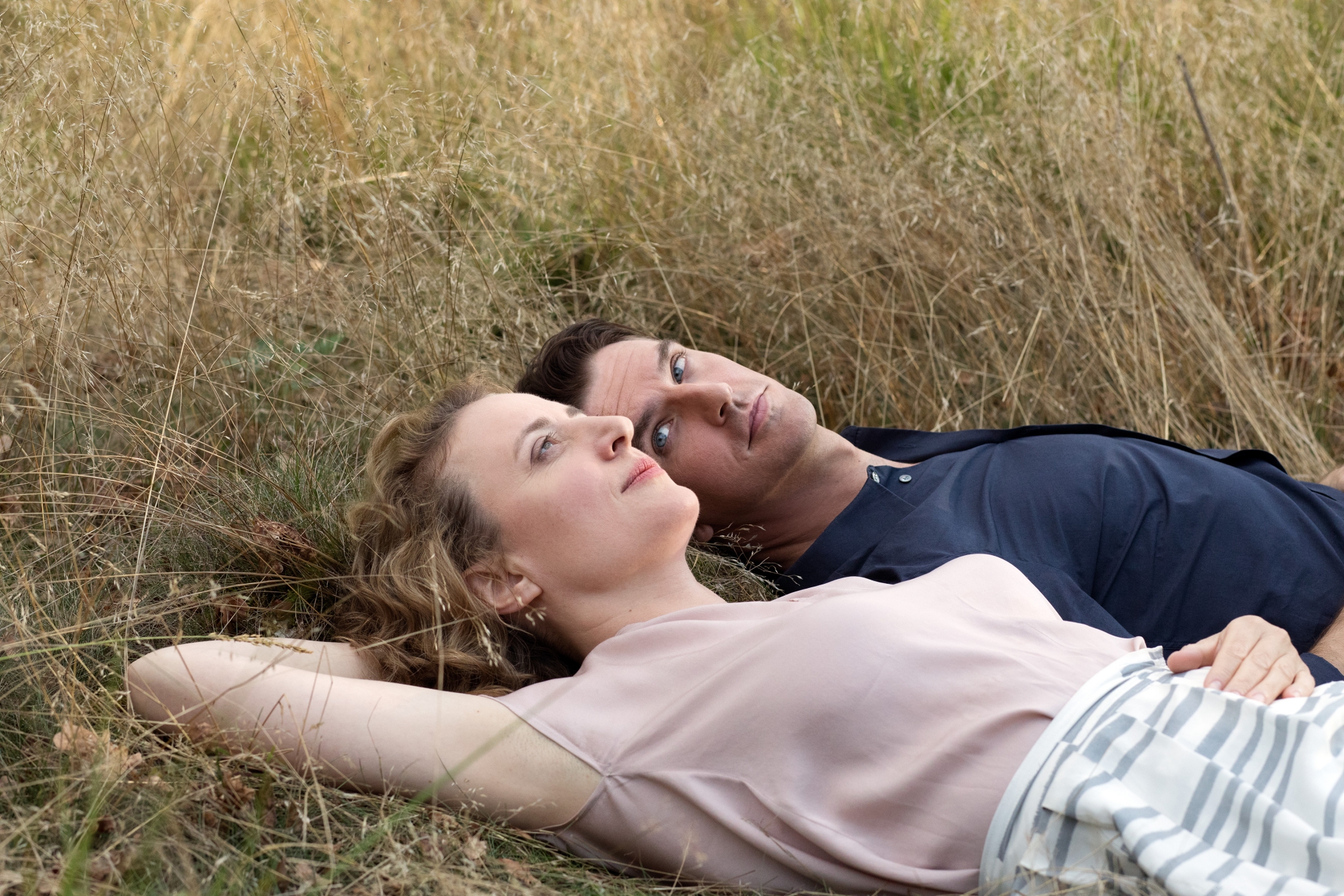 I had serious reservations before watching I’M YOUR MAN, a fluffy-sounding cyborg romcom with Eggert and Dan Stevens. But I shouldn’t have worried. The film is much better than it has any reason to be and features moments of genuine greatness. Both leads are fabulous. Eggert, especially, convincingly portrays a smart, lonely scientist caught between sense and sensibility. Good for the jury to see the nuances in a performance that anchors a mainstream-leaning film.

As I shared in more detail, NATURAL LIGHT impressively finds new ways to approach the age-old genre of war films and creates a uniquely immersive experience. For that director Nagy certainly deserves acclaim.

This 3.5-hour documentary about an empathetic German educator and Daniel Brühl’s NEXT DOOR are the only two films in competition that I missed. But from what I hear, it (not the Brühl one) is indeed outstanding.

Together with Céline Sciamma’s PETITE MAMAN,  Japanese director Ryûsuke Hamaguchi’s novelistic three-parter is my favorite film at the 71st Berlinale. Ingeniously conceived and masterfully written, it proves creativity can transcend formal limitations and even the confines of pandemic. More words here.

The scathing political satire follows the scandal that has erupted at a conservative elite school after the sex tape of a teacher leaked online. Divided into three parts, the first third of the film sees the teacher walking all around town trying to do damage control before a dreaded parent-teacher meeting. It’s very funny and mocks the hypocrisy of a society that sells everything on sex but clutches its pearls at any sight of sex. The second part is a series of title cards and stock footage that serve as incendiary definitions of political/religious terms. It is also very funny in its irreverence and radical form. The last part is set at the parent-teacher meeting where debates and votes are held. This is where the otherwise tight, snappy film lost me a little bit. The satire gets too drawn-out and (literally) in your face for my taste. But all in all, this is a feistily memorable Golden Bear winner that reflects our hypocritical times without mercy.

In terms of quality, this proves to be an excellent edition of the Berlinale, which cannot be easy considering the circumstances. Hopefully this time next year, I’ll be shuttling between theaters all over Berlin and complaining about the commute again.