The State of the Race: Best Picture and the DGA Five

This is a really weird time to be covering the Oscars. It’s a real weird time period. Just as with the rest of the country, there seems to be a massive disconnect between the silent majority and the very activist minority that is driving much of the dramatic changes across all cultural landscapes in America right now, up to and including the film awards race. Twitter is very heavily involved in activism where films and awards are concerned. This is a year where corporations have had to reshape their messages to accommodate Generation Woke. But honestly, they are still the same powerful people and they’re still running the country – they just have to also pander to make sure they hold onto power. They do that by making big moves like ebay banning the resale of some Dr. Seuss books, or Amazon refusing to list certain books, or Disney firing Gina Carano. No one is valuable in this system unless it props up the people in power who hold all the cards still and always.

One of the biggest ways to make it seem like actual change has taken place is to ensure that the right people get nominations. But the problem with that is the consensus vote. With the exception of the critics and BAFTA a consensus cannot be so easily curated to satisfy the growing demands for anyone but a white man to be nominated for and win awards.

Now we know the five directors whose films are the most admired by roughly 18,000 of their peers who rang in this afternoon:

That’s your DGA five and your strongest Best Picture contenders. These are the five films the most voters picked when given just the title of the film and not the director (I think that’s how they still do it anyway). Of course, sometimes it might mean they just really like the director and not the movie so much. But in general, as the awards go, and as the consensus goes, these are the strongest heading into the race.

Timing might matter and it might not matter. These five have been, more or less, the consensus for a while now. But the DGA is comprised of 18,000 members, and the Academy’s director branch is roughly 500. There is heat on the Academy to be inclusive and though they have never voted any other way they might this year because this year it will be a big deal if they, you know, pick all white men and Chloe Zhao.

In 2012 the Oscar ballots were turned in before the DGA announced – readers of this site will remember that. Only Steven Spielberg for Lincoln and Ang Lee for Life of Pi got into the Oscars but all five DGA nominees had their films in Best Picture, including the winner, Ben Affleck’s Argo.

Two directors were nominated for the Oscar without a corresponding Best Picture nomination since 2009 – Bennett Miller for Foxcatcher and Paweł Pawlikowski for Cold War. Neither had a DGA nomination.

Given this strange year — with so many films in the mix, so many potential narratives that have to be worked through, so much history to be made, and inclusion and equity to be considered — it’s hard to predict what the Best Director lineup will be.

These five films each say something different about America in 2021 – its past, its present and it’s future. Minari takes place in the early 1980s, and the Trial of the Chicago 7 straddled the cusp as the ’60s spilled over into the ’70 — though they are worlds apart. Taking place in 2011, Nomadland feels up-to-the-minute and is infused with the same kind of populism that threads all the way through Fincher’s Mank and our country this year. Mank takes place over a span of the years that led out of the Great Depression, until shortly before the United States entered World War II – not enough people saw the threat of Hitler back then but the fear of Communism, which would grip the country during the Red Scare a few years later, was definitely on the minds of Americans and Hollywood. And Promising Young Woman, featuring a central character who is a trans woman and is about the victims of sexual assault is very much about what is on the minds of so many young women in 2021. Sorkin’s Trial of the Chicago 7 is about rising up against a corrupt government at a time of mass protests, just like now.

There are other films that resonate and other directors who could get in. If the BAFTA is any indication, we’re looking at three possible: Florian Zeller for The Father, Kevin MacDonald for The Mauritanian and Thomas Vinterberg for Another Round, which could also land in the Best Picture and Director category. Remember Michael Haneke showed up in the BAFTA race before the film showed up for Oscar.

There is just one more day of Oscar campaigning of this, the longest season in their history. After that, it’s a week until Oscar nominations. After THAT it’s just a few more weeks and the end is here at last.

Here are the current charts: 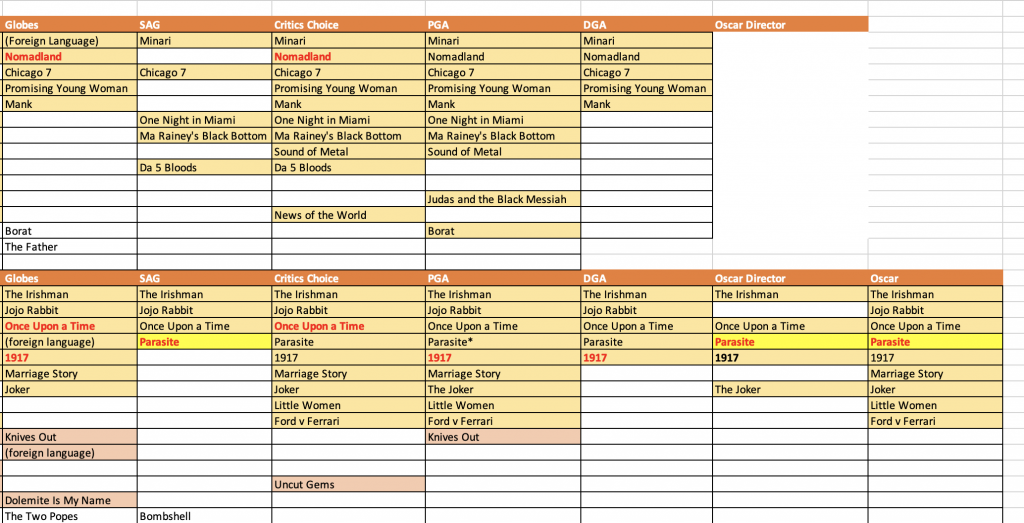 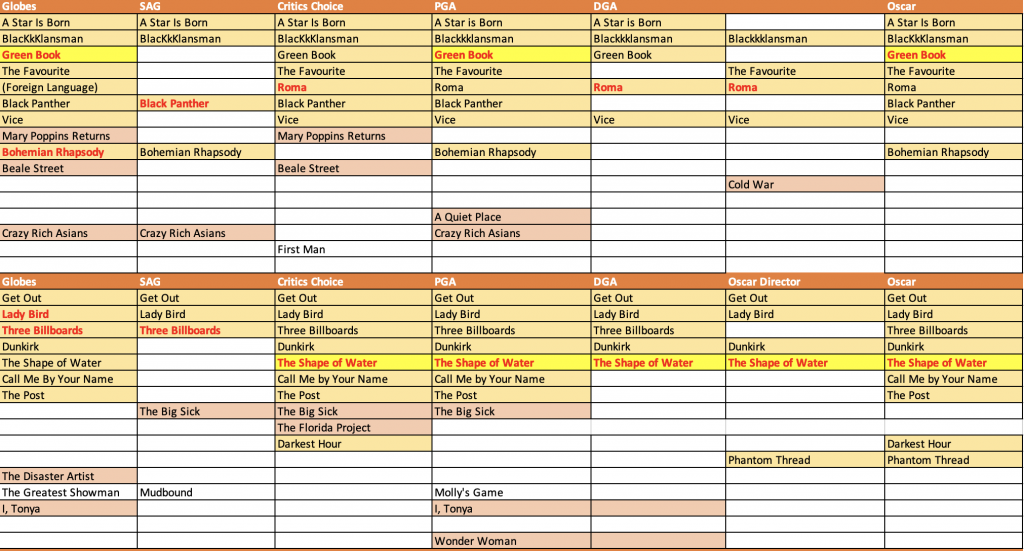 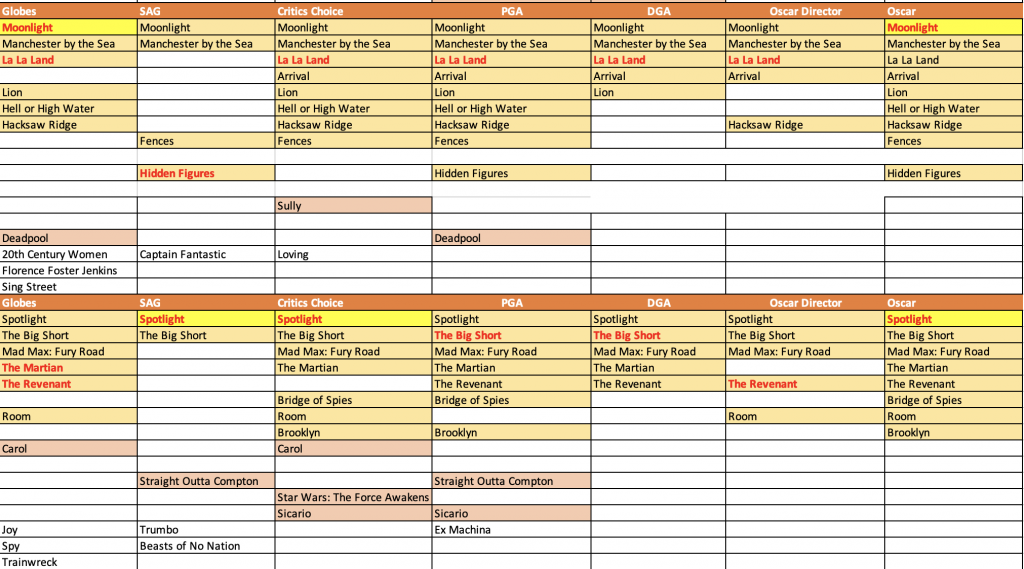 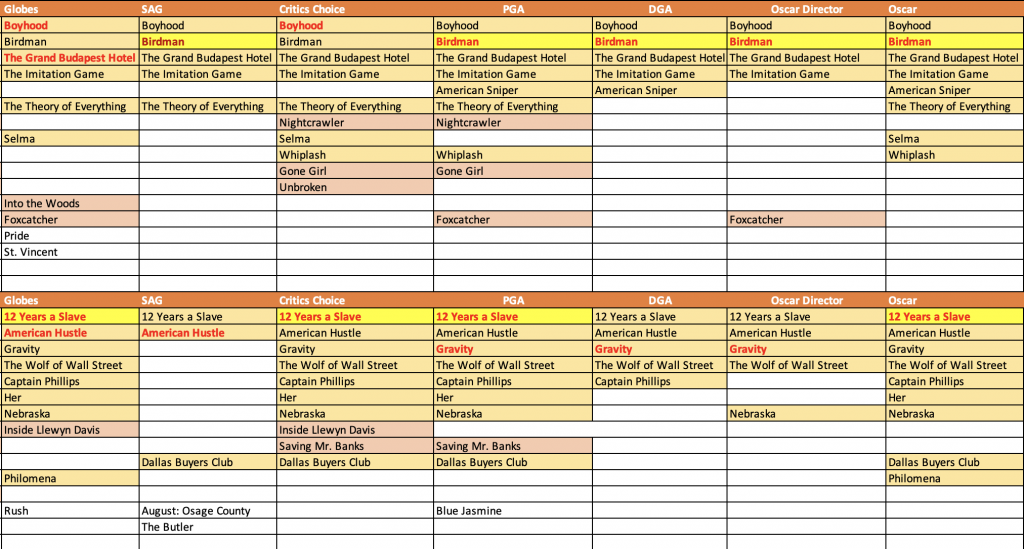 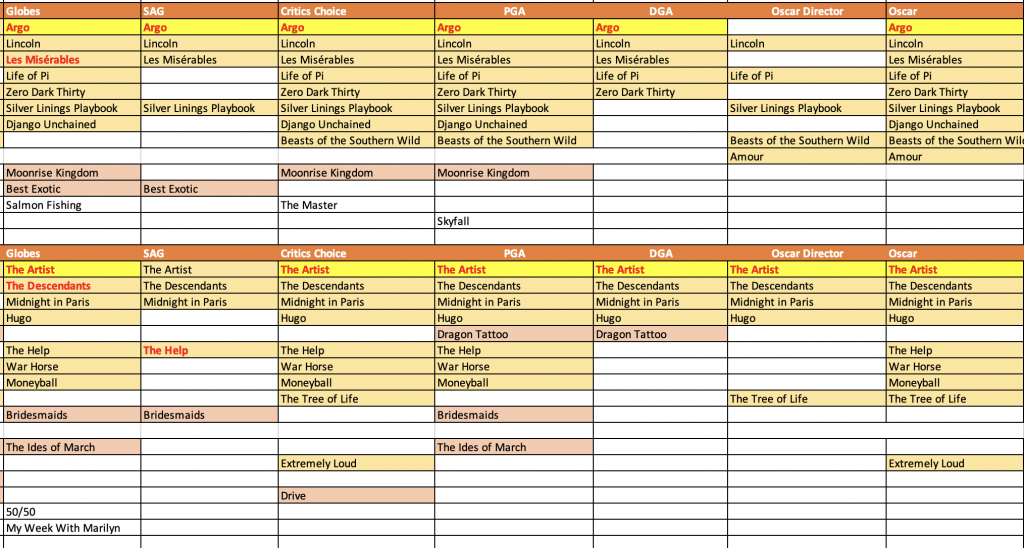 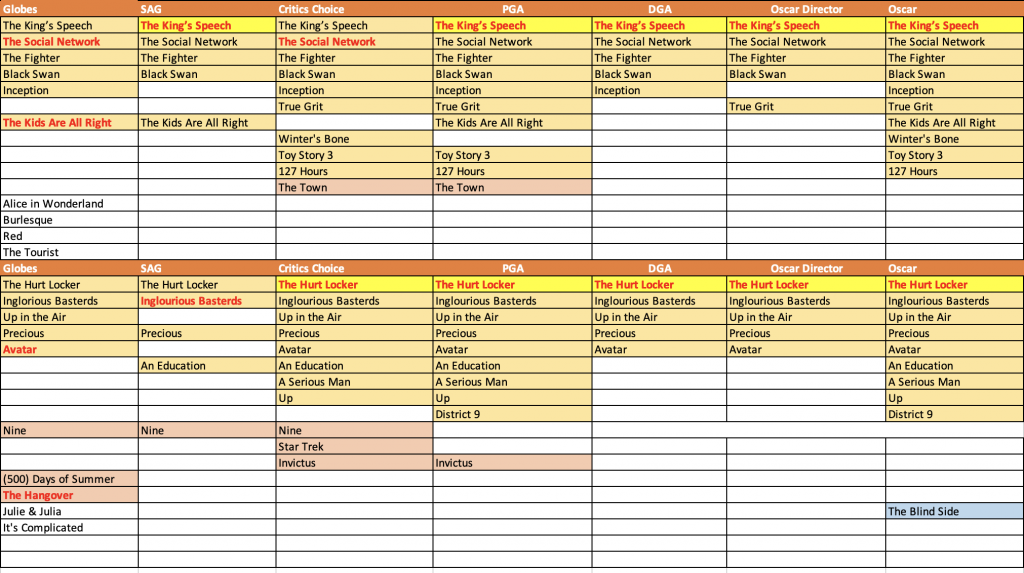 by Clarence Moye
441
No Result
View All Result