Mark Addison’s 2021 Oscar cocktail collection is here. Each drink is inspired by this year’s Best Picture nominees. All of the photos are my Mark Addison, complete with creative mini sets specifically designed for each film the cocktails represent. 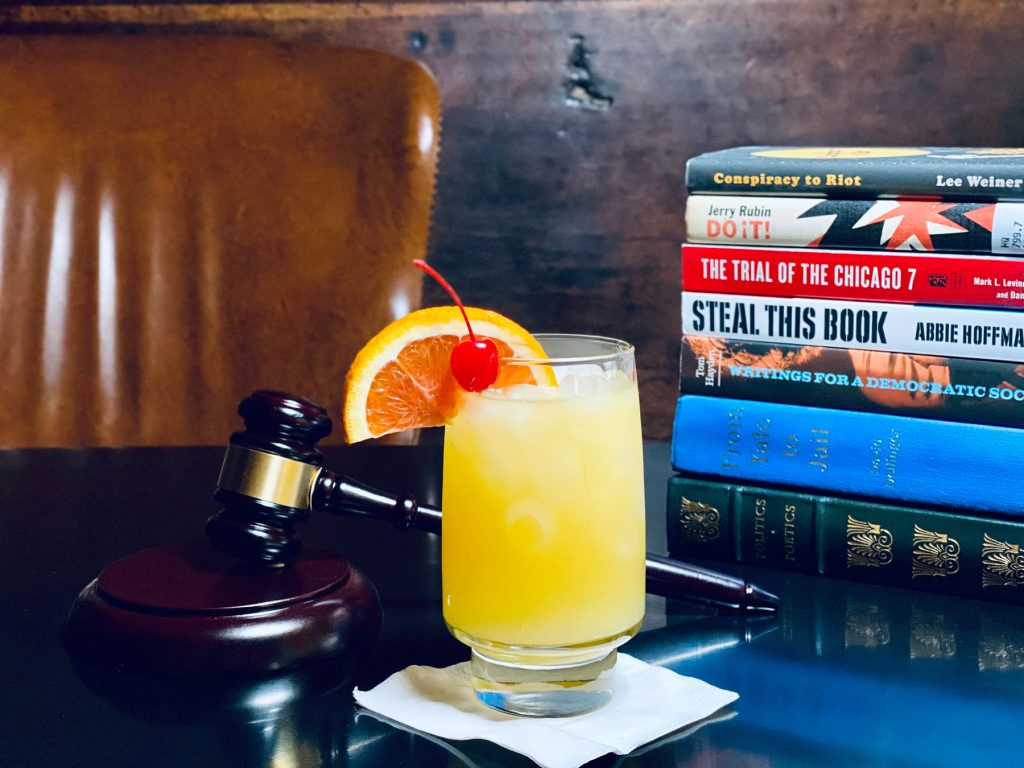 THE TRIAL OF THE CHICAGO 7
Cocktail: SEVEN & 7
The Harvey Walbanger meets the Long Island Iced Tea – a delicious reinvention of these two infamous cocktails. Inspired by late 1960s, early 1970s cocktail culture, the Seven & 7 cocktail is a nod to the film’s title and its seven characters who lead the ensemble cast – this cocktail combines seven “spirits” plus a touch of 7 UP. 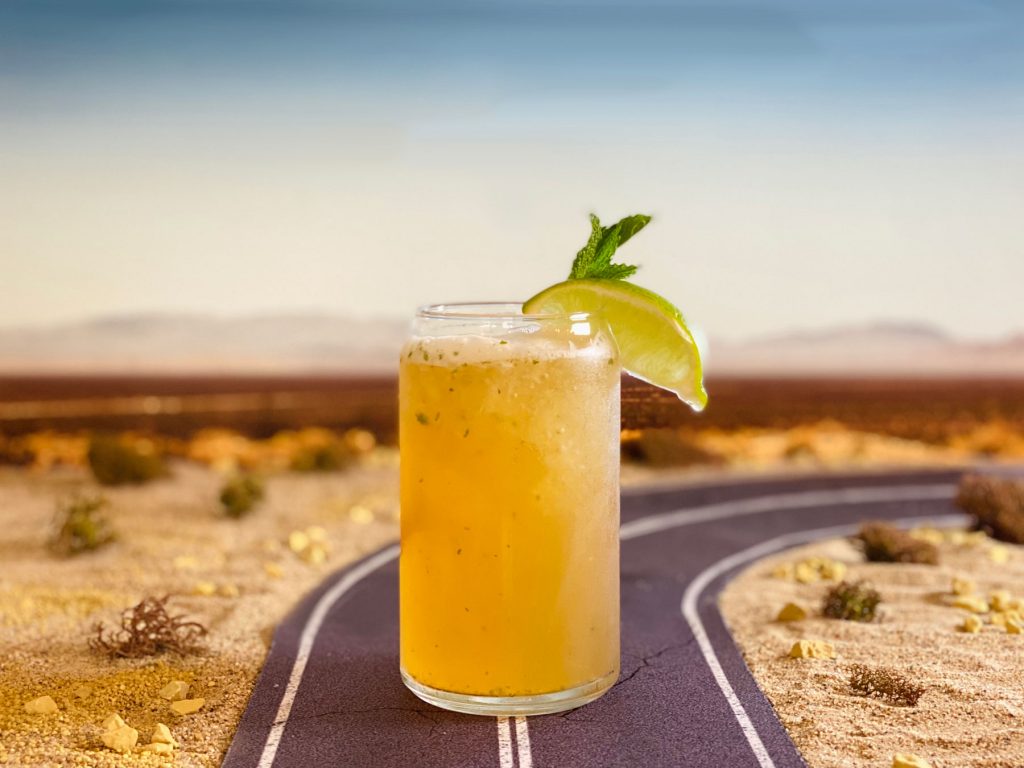 NOMADLAND
Cocktail: DOWN THE ROAD
A refreshingly crushable cocktail with ingredients inspired by roadside dive bars and the American West – including tequila and light beer elevated with the addition of fresh lime, mint, and crushed ice. The name represents the moment in the film where Bob Wells teaches Fern (Frances McDormand) the nomad salutation “see you down the road” in place of “good-bye.” 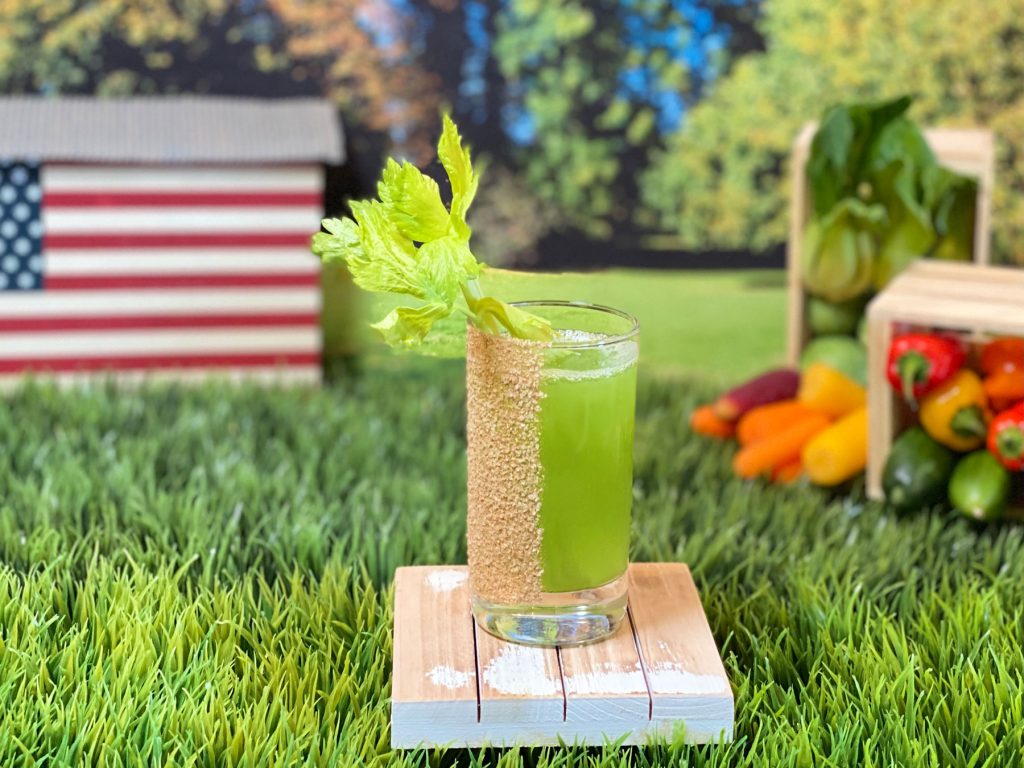 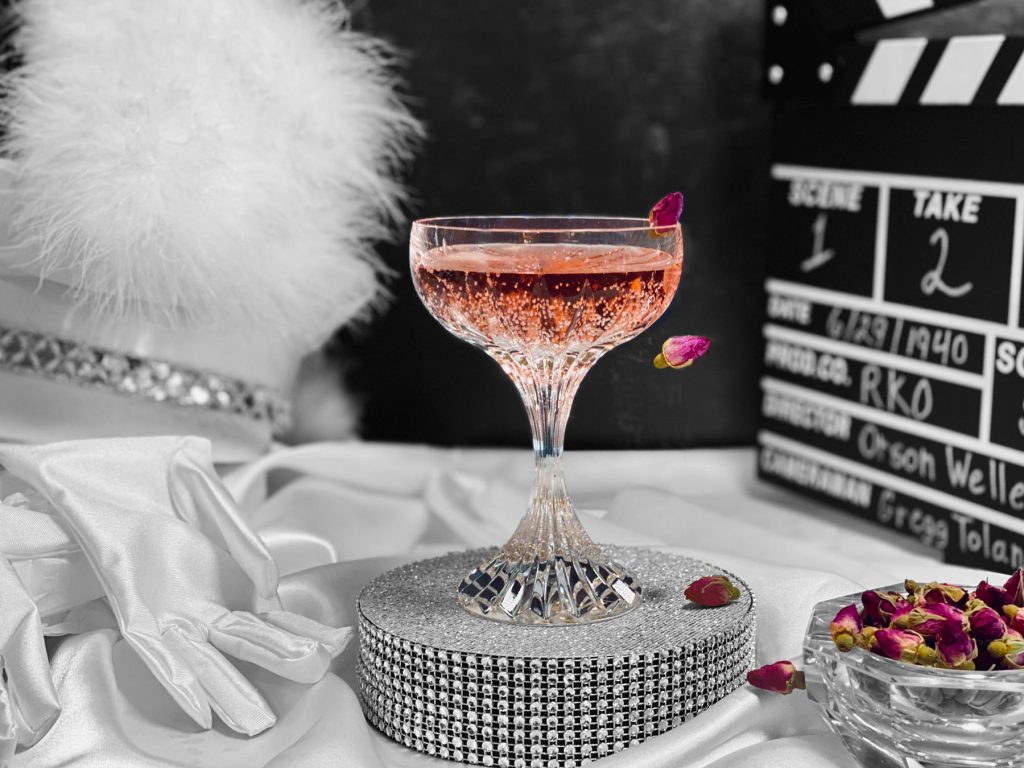 MANK
Cocktail: ROSEBUD
A cocktail inspired by Marion Davies’ nickname, given to her by William Randolph Hearst and made infamous with a line from the film “Citizen Kane.” This classic gin-based champagne cocktail calls back to Old Hollywood with the addition of rose liqueur for a nod to Davies’ nickname. A rosewater spritz completes the fantasy to the iconic silver screen-style cocktail inspired by this 10-time Oscar-nominated film. 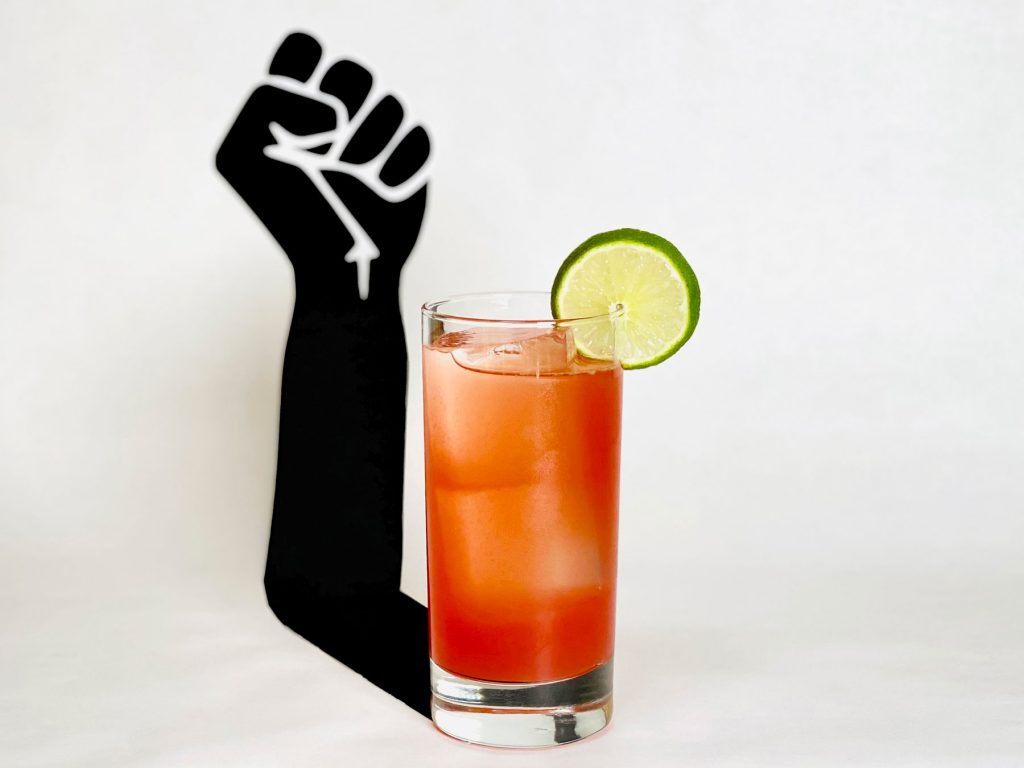 JUDAS AND THE BLACK MESSIAH
Cocktail: BETRAYAL
A cocktail that deceives – like many of the characters in this Oscar-nominated film. The Betrayal is juicy and punch-like in appearance, but this cocktail has a secret – SPICE! Jalapeno-infused Tequila packs a punch, adding unexpected heat to this blood red, citrus-forward cocktail. 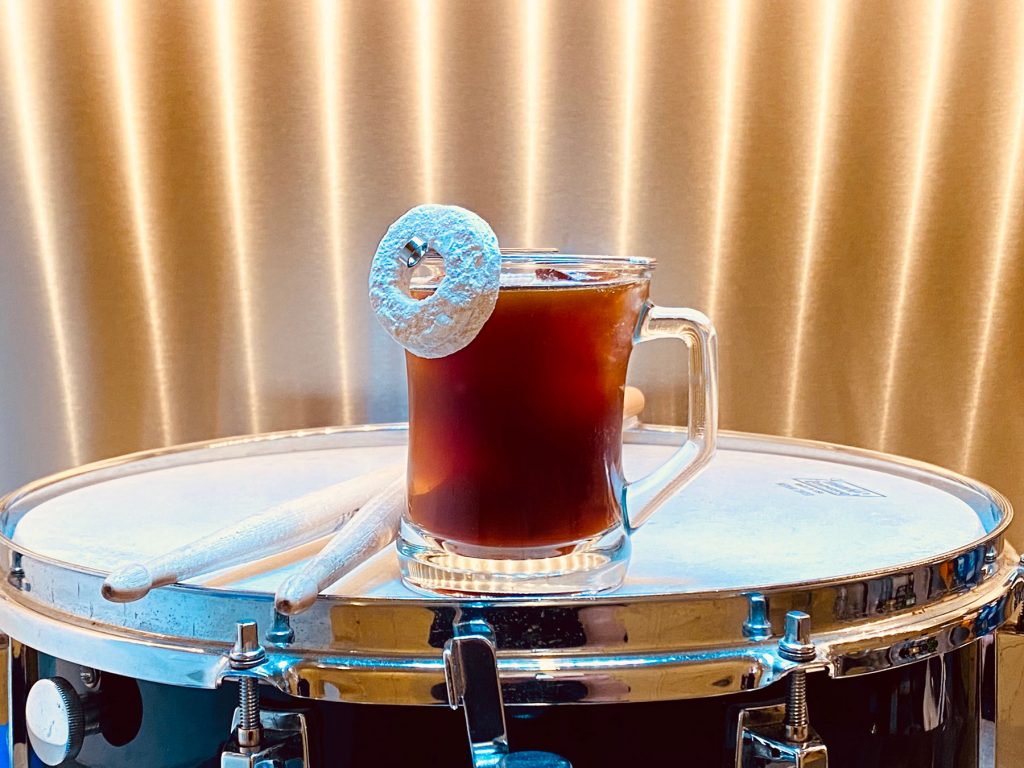 SOUND OF METAL
Cocktail: BLACKGAMMON
Life on the road for a touring musician means late-night shows and long days driving to new cities. Coffee is plentiful and often necessary for those with this hectic lifestyle. Inspired by tour life and named after Ruben and Lou’s band in the film, the Blackgammon cocktail is a spirit-forward take on a strong cup of coffee. The mixture of cola and coffee liqueur and the powdered mini donut garnish is a nod to Ruben’s breakfast of choice during his morning writing sessions. 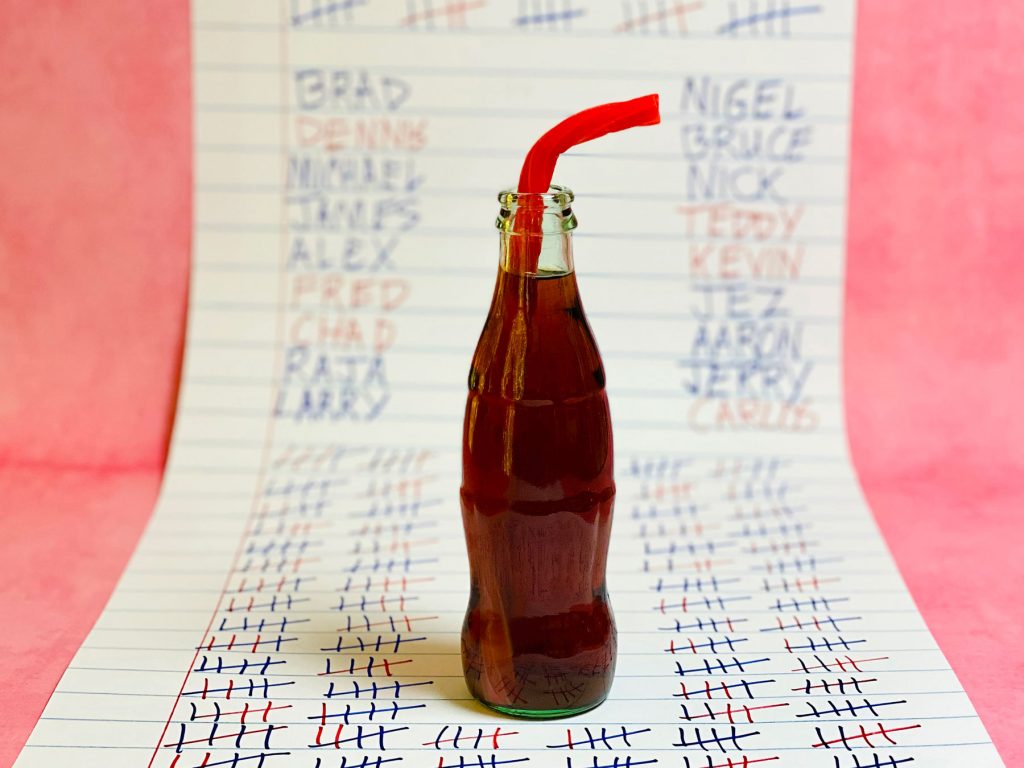 PROMISING YOUNG WOMAN
Cocktail: CULT CLASSIC
The ultimate adult mocktail – The Cult Classic is a nod to the candy-colored styling of the film and Cassandra’s Ginger Ale fake-out in this Oscar-nominated take on a revenge genre film. This non-alcoholic version of a Mind Eraser cocktail will have your “frenemies” duped with the use of non-alcoholic spirits – sip away and enjoy a bonus bite of something sweet – the Twizzler straw garnish! 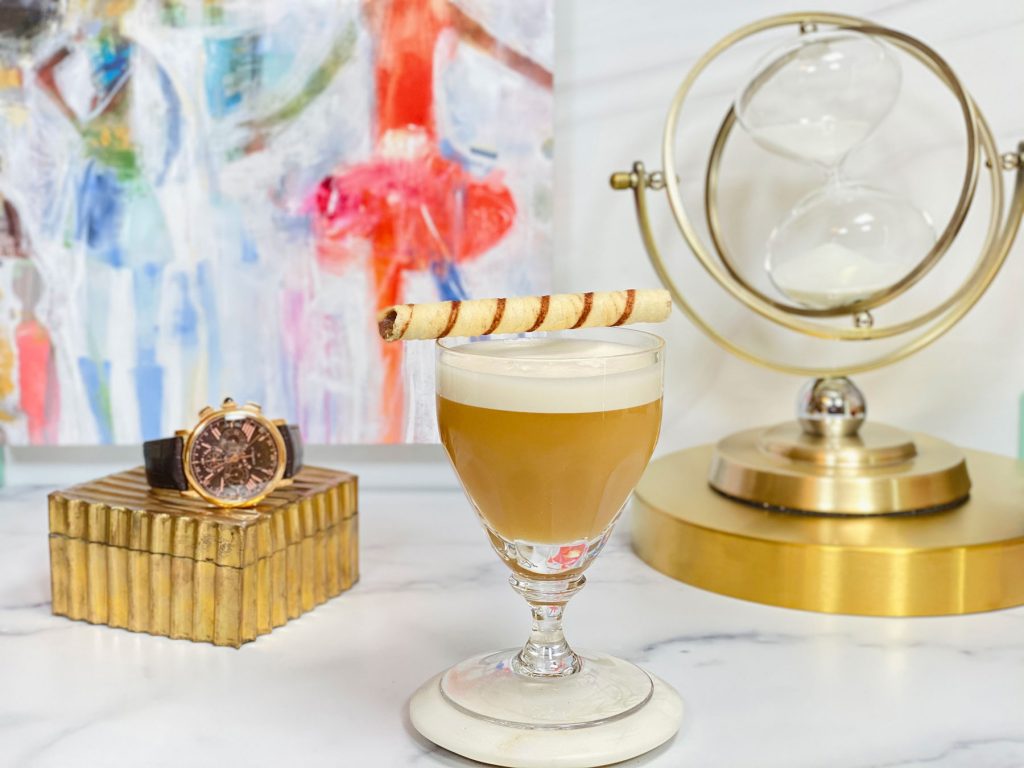 THE FATHER
Cocktail: MOMENT IN TIME
Memory is the centerpiece of this film and the inspiration behind its cocktail – a Moment In Time. Life’s memories are complex, and this cocktail mirrors the mixed emotions that come with nostalgia. Sweet, sour, and bitter elements combine to create a drinkable expression of a memory that lingers and stands the test of time. In this cocktail, the hazelnut and chocolate notes are an homage to Anthony’s beloved daughter Lucy and her painting – Pirouette. The hazelnut cookie of the same name acts as flavor inspiration and a tasty garnish to sweeten life’s bitter moments.