by Joey Moser
in Interviews
0

Matteo Garrone’s Pinocchio is not the fairy tale American audiences remember. Rather, the film stands as a faithful and true adaptation of Carlo Collodi’s original text. It’s interesting to see audiences reacting to the darkness and awesome strangeness of Garrone’s film, and one vital element is the poverty of the characters. Oscar nominated-costume designer Massimo Cantini Parrini leaned into the history and realism of Gepetto’s struggle, and his work is absolutely exquisite.

Gepetto’s dire circumstances come through in his wardrobe, and they are in complete contrast to the rich, red garment he creates for his new son. It’s almost as if he knew how special and spectacular the creation of Pinocchio was as he was giving him life. Pinocchio’s bright outfit–which he wears for the majority of the film–is almost like a beacon of hope in a world steeped in dreariness. The themes of poverty extend to other characters like The Fox and The Cat with their threadbare, distressed outfits. Cantini Parrini needed to make everything looked worn and abused, starting with new outfits and infusing them with a history that would convey their age.

When was the last time that you looked at a classic story in a fresh, beautiful new way? Garrone’s vision of Pinocchio honors an Italian history, and Cantini Parrini’s designs breathe new life into characters we only thought we knew.

Awards Daily: With so many versions of Pinocchio already in existence, what was your initial thought when you joined the film? Where do you start to make a unique version?

Massimo Cantini Parrini: I believe this version of Pinocchio is the closest version of the story written by [Carlo] Collodi. It is the most authentic. The most truthful. It was exactly what Matteo [Garrone] wanted. Collodi’s Pinocchio has never been shown on the big screen. From the book, there were many things omitted from the Disney version that we didn’t see. In the book, The Blue Fairy lives in the world of the dead. It has never been brought out like that before nor have many things. The real strength is the drive and passion and that it is the spirit of the book. We have been very truthful and loyal.

AD: I like that there is so much darkness. It made me feel like I was seeing the story for the first time, and this version accentuates the poverty. I remember thinking that people were going to be shocked. How did you want to display the poverty? Gepetto’s clothes don’t have a lot of color and it’s clear that you took a lot of time to distress them.

MCP: You have stroked the right chord. It is a film that conveys the idea of poverty, and it was the motto and light motif of the movies. We wanted to convey the values of the world of poverty. Even the evil characters, we wanted to show the value of that. It can be found in the costumes too. We wanted [the poverty] to be as tangible as possible so the audience could feel it. I attained a lot of knowledge by looking at photographs of that period of time. Luckily, photography existed at that time, and farmers at the time were linked to the world of the lower social classes in that sense. I studied the historical costumes of the area of Tuscany as well. After this work of documentation, in order to achieve this world, I also looked at many paintings–though art does alter the reality. I got to work after that. We made from scratch 60 new costumes, and we had to tatter and age them. We destroyed them. I worked with a lot of detail because I didn’t want them to appear at all fake. It had to portray that people wore the same clothes for years and years. Decades even. I wanted it to be seen and felt. This is also seen in the costumes of The Blue Fairy. She comes from a richer social class but she has fallen into poverty too and her mansion is in ruin.

AD: Tell me about Pinocchio’s red outfit because he wears it for a large portion of the film. The red is a striking shade. I love the starched hat and the small ruffle around his neck. I think it’s already iconic.

MCP: Thank you very much. It was a long debate and took a long time to decide on the costume for Pinocchio. We made up our minds about the color once we considered that he was always going to be on screen. We decided to make it red because it represents all the human feelings–anger, passion, love, lies. This red really represented Pinocchio completely. I wanted to choose red because we were following him as a ladybird that travels all the sets and places that Pinocchio travels to. The costume has been designed in a simple manner because it was made by Gepetto. He was not a tailor. He couldn’t make as good a costume as a tailor. By the way, Collodi says Pinocchio’s garments are made of paper, and we couldn’t have done that for continuity reasons. His hat was made of breadcrumbs and Matteo said that he was so poor that he would’ve eaten the hat.

MCP: I drew inspiration from the shapes of the costumes of the time from Tuscany, and I drew from my own heritage coming from Tuscany as well. We had eight different copies of the same costumes. We kept adding patches to the costume during the shoot and we had to darn it because it would’ve been tattered. We dyed the fabric, bleaching it out, and aging it. It had to appear aged and we had to understand that Gepetto made it out of an old blanket but it was rare and beautiful. Gepetto had that blanket for years and used it all the time, and the buttons were made of wood because, of course, Gepetto works so well with wood.

AD: I personally love all the marionette’s costumes. There is such a theatricality to them, but they are also aged to hint that they have been used many, many times over. There is a white outfit with some colored diamonds on it. What it’s like to create an ensemble like that?

MCP: In Italy, the Commedia dell’arte is a long tradition which is very precious. As kids, we are used to dressing up in these carnival costumes. For example, Arlecchino is wearing the diamond shape costume or Pulcinella wears the white or Colombina is the lady in the puppet theater. We wanted to maintain this aspect of the touring circus in the sense that even Collodi even placed it in his book. It’s a very precious element of our culture at that time. We wanted to remain faithful and loyal, and I am very happy that you noticed the detail on the fabrics to convey the age and that they are worn over and over. Mangiafuoco, the puppeteer, doesn’t have the means to get new costumes for his puppets, and he has to use what he has. Arlecchino’s costume, by the way, has been made with ancient fabrics, and it took me a long time to find the best materials to make these.

AD: What would you steal to put in your own closet? I will say that Medoro’s white outfit was my favorite. I loved the big white feather on his hat, and I loved his stockings and his coat. So that’s what I would take of your designs, if I may say so.

MCP: I always, always hold onto a mementos for things I design. In my wardrobe in the other room, I have held onto two of Pinocchio’s costumes. In Florence, I have the hat that you so much love. It’s a treasured in my wardrobe. I am a lover of costumes, and I have studied ancient costumes and whenever I work in a film production where we made the costumes from scratch and they don’t belong to the production, I hold onto them. I am a collector of ancient costumes, dresses and garments. I love them deeply. I hope this collection, when I am no longer here, will be passed onto someone who loves costumes as much as I do. Someone with the same passion and feelings. I hope this person will discover my collection as a treasure trove. I want them to be surprised and bewildered by the costumes of Pinocchio. If you are ever in Rome or Florence, we can go out together with that hat.

AD: I will proudly wear that down the street. Trust me.

Matteo Garrone’s Pinocchio is available to stream on Amazon. 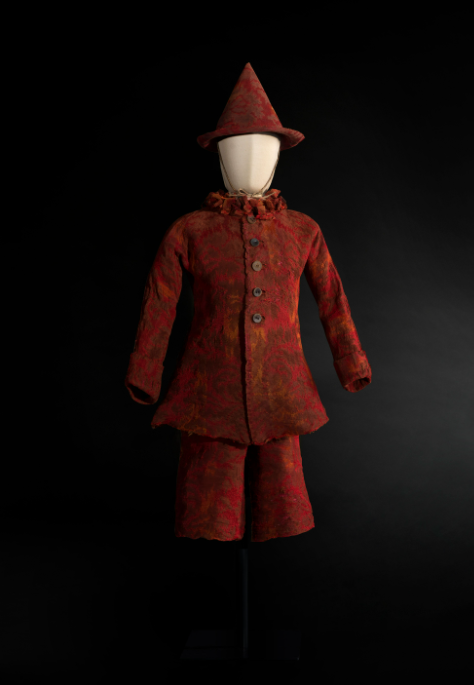 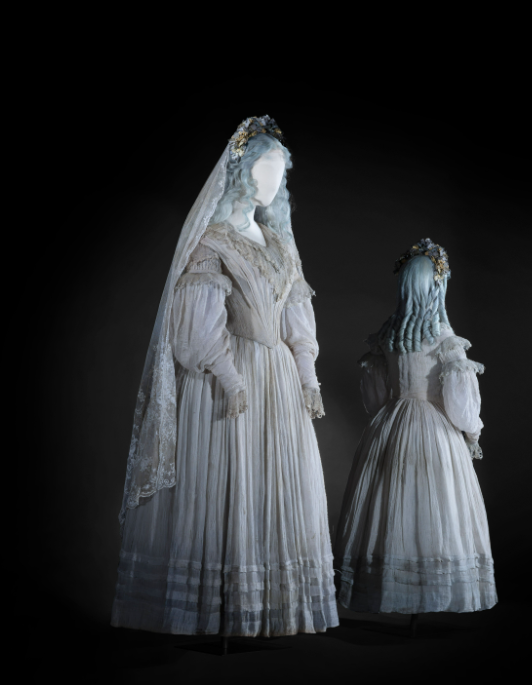 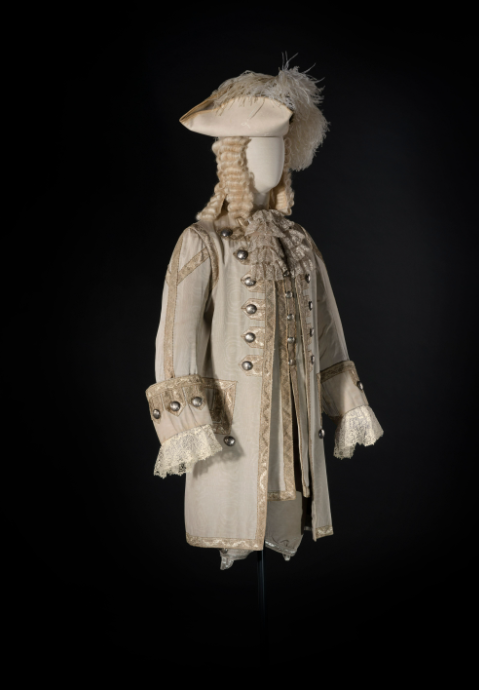 Susan Kelechi Watson on ‘Between the World and Me,’ ‘This Is Us’ and a Year of Firsts