You may or may not know this but AwardsDaily has a newsletter. In the past we’ve used it primarily for sending out breaking news of awards winners. That was all it was for many years now, a perk for AD readers to get our pretty fast news breaks. Lately, we’ve also been using it to relay dedicated blasts by studios who seem to like this kind of targeted advertising as opposed to ads on the site. Although we understand that this feature has tested the patience of some of our readers, it does help keep AwardsDaily in business. If you like the AD community, then one good way of supporting the site — which keeps it free to read, free to congregate, free to party or brawl about — is to subscribe to our newsletter.

To sweeten the pot, however, I will be sending out an exclusive column, for newsletter subscribers only, to talk about where we are in the Oscar race — including news and maybe some random observations about what I see happening at the moment, and perhaps some links to other interesting reads.

To get a taste of what we want this newsletter exclusive to be, our first column is posted below:

Today marks the first column of what will be a weekly Oscar check-in, exclusive to the newsletter. I hope to dazzle you with my observational skills, annoy you with them as well, and hopefully give you a good overview of where we are and what to expect in the coming weeks and months as Oscars 2022 begins anew.

What I’m seeing right now is a continuing climate of fear that I believe has increasingly overtaken much of the left for the past few years. That means, Hollywood and all liberal institutions find themselves on guard and on the defensive for every decision they make, every casting choice, every movie they review, how those movies are reviewed, what kinds of movies get made, etc.

This past year we saw an Oscars race with zero market concerns. If theaters do indeed open and people start going to theaters again with a semblance of familiar normality, then observers will start considering the box-office factor again, and the market will shift things toward what sells and what doesn’t, because it always does. Ticket buyers tell studios and filmmakers what they want to watch, what they’ll happily pay to watch. We don’t really know the audience numbers of the movies on streaming this year. We only know that the common refrain this past year was that, though the films were widely available, a lot of people either had no interest in watching them or didn’t have a way to watch them. That should tell you how few people pay attention to the Oscar race before the nominations are announced. Had they been paying attention, they, like we addicts at AD do, the general public would have been fully aware of all of the movies in the race. But they weren’t.

The market factors tells us a lot about what people really think, versus what they will signal on social media of what they SHOULD think. In a community that is very closely micro-managed, where every choice is carefully scrutinized and humans are constantly being vetted for “rightness” or “wrongness” in what they like, it is hard to know whether we get the honest unadulterated truth anymore. That is especially true with film critics. They are among the most tightly controlled and policed by each other for inherent biases, for words that are offensive or verboten, for attitudes that are uncool. It is simply much easier for a lot of critics to go with the flow rather than push back against it. If you want to know how bad that can be, you might have been someone who either liked or hated Joker, for instance. It will never not be shocking to me that one of the worst attacks I ever received on Film Twitter was for saying I felt that Little Women was not all that great.

It is a terrifying and soul-crushing experience to be viciously attacked on Twitter and honestly, most of film twitter simply want to bypass it. So their reviews must mostly go with the flow. But the market will often run counter to that. For instance, let’s take the movies that were supposedly going to be massive blockbusters because they desexualized the female leads – like the new Terminator movie, like Charlie’s Angels. Like the Tomb Raider sequel.

So, to understand why that was a silly thesis to begin, with one need only look at the Kardashian empire. There, you see the golden triad fully on display: tits, ass, lips. That’s pretty much it. They each have hundreds of millions of followers. Now, do you think those followers are all men objectifying them or do you think they are a fair number of women too — women who like to see pretty sexy women being pretty and sexy so they can pick up tips about how to look pretty and sexy too? Now, if you desexualize female action heroes you are simply removing the single most powerful weapon they possess. Female sexuality is by far the single greatest equalizer on the planet. It is the only thing that can even remotely challenge the patriarchy. It is the only thing that can destroy powerful men. It certainly isn’t all women are. But to take it away is, well, to punish your viewers who are not exactly going to want to pay to watch what they want to see. It’s sort of like putting a shark in your movie and making it a vegetarian. Now, I’m sure there are plenty of people who would want to watch that. It would be sweet, probably, if well written, but really you are watching it because the danger is the shark, that’s what is thrilling about it — to see how long the shark is satisfied with zucchini pasta before he wants some meat sauce.

Alicia Vikander is plenty sexy and trying to make her appear otherwise is a fool’s errand, but the new Lara Croft movie really does make a strong attempt to downplay it, to make it more about athleticism than about sexuality. Compare that to Angie in the first movie in 2001:

And of course the computer game was boobs, boobs and nothing but boobs. Action and boobs.

Over time, this was considered objectifying women – so the backlash was to punish male game consumers for objectifying women. But you know, sex sells my friends. It always has, it always will. The market decides that, no matter how many think pieces are shared on Twitter.

Both Tomb Raider movies made about the same about the same amount of money internationally, which is interesting and telling. But the Angie version made much more in America. So what’s that about? America is a decisively different country than anywhere else in the world. For example, for better or worse, nowhere else that has a thriving movie industry — China, India, South Korea – is as obsessed with superhero movies as the United States. 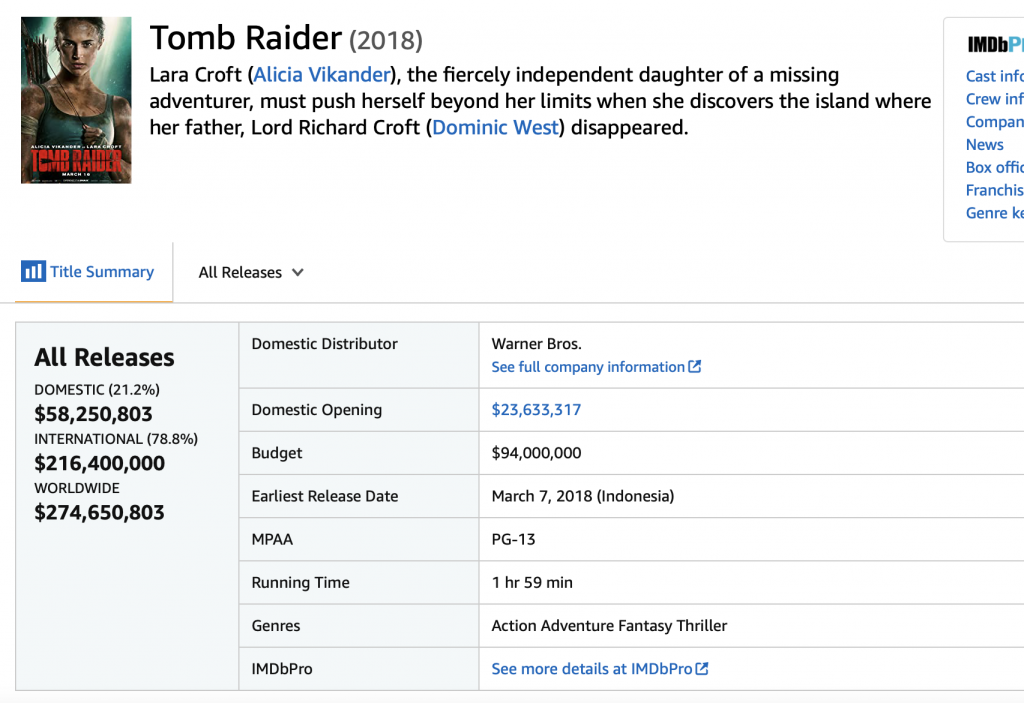 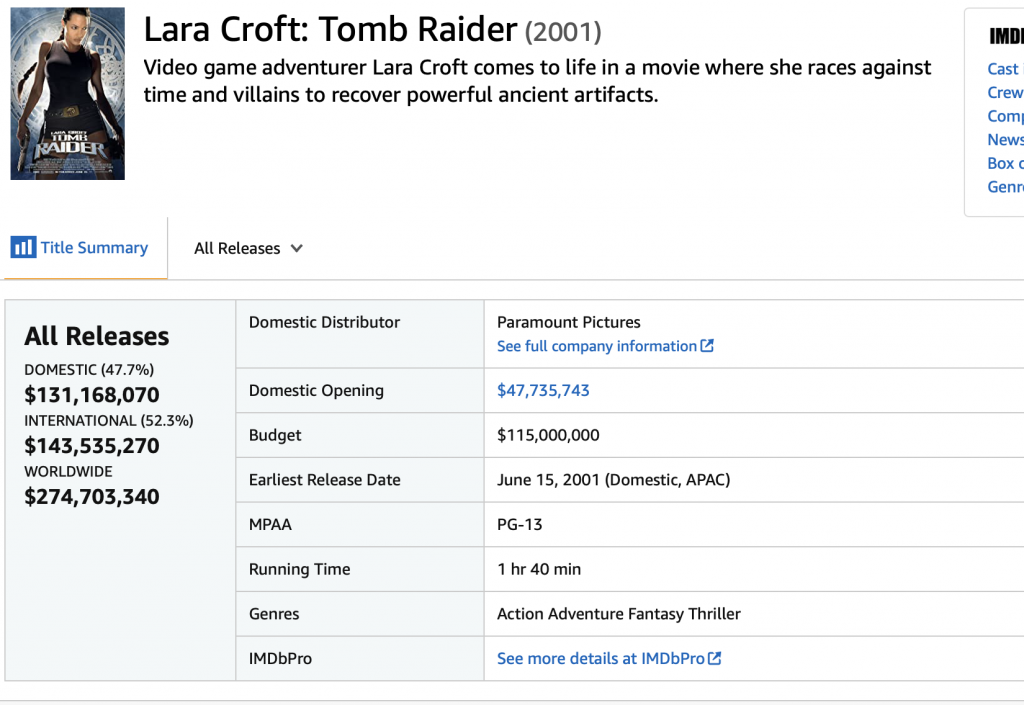 I am only bringing this up to say that once the market gets involved, once we see what people are actually paying to see, or what they are watching, the content is going to shift. Because in a capitalist, market-driven society, what consumers want to pay for is what will always drive content.

Oscar sites are already answering the call to predict 2022. I glanced at a few of these and felt the same kind of despair I usually feel at the beginning of every season knowing that those who cover the race are going to be dictating the race with no end in sight. 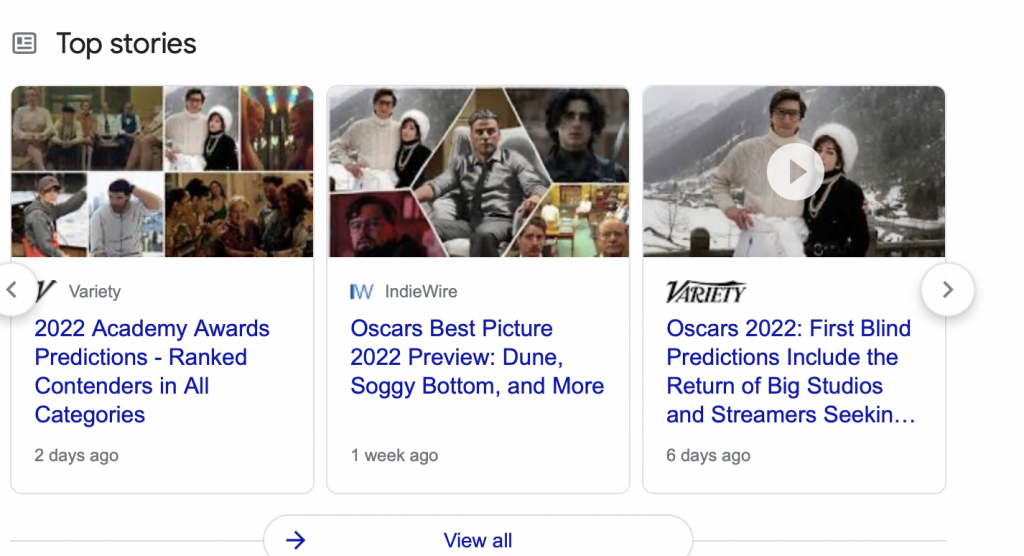 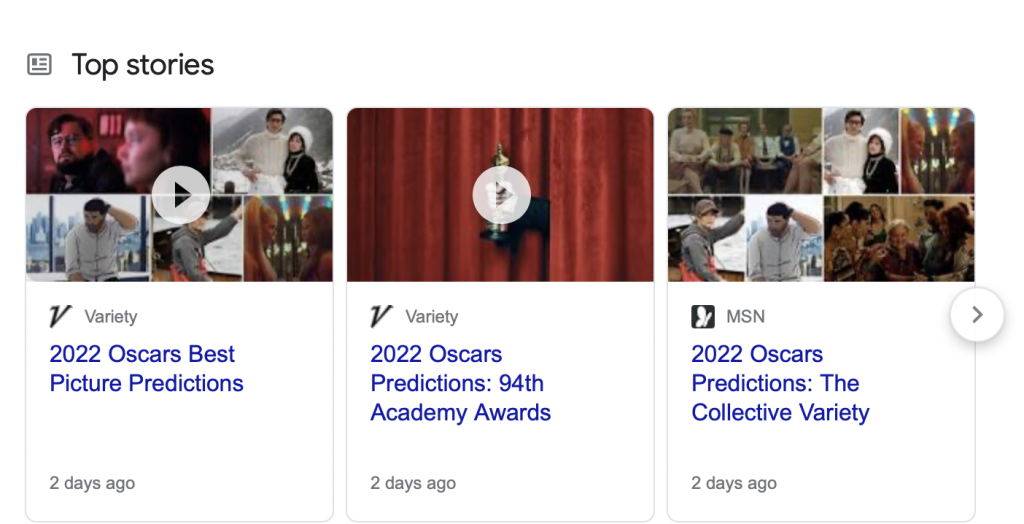 As far as I can tell, the Oscar race isn’t going to see much change from this past year in terms of how the movies are decided. It is mostly going to follow the same basic path. It will start in Venice and Telluride where a few movies will pop in September. Then comes the Toronto International Film Festival. Then, because we’ll be back to the old schedule we’re be straight into critics voting in December, Globes voting in January, industry voting and Oscar voting in February. There won’t be time to take a breather. The 94th Oscars are scheduled for February 27, 2022.

I looked at Paul Sheehan’s list over at Gold Derby and the ones that pop for me without knowing much about anything are:

I choose these movies because I know the director or the stars. That’s it. I am going to try this year to keep an open a mind as much as possible, with more “yes” takes than “no” takes. We’ll see how that goes.

So that’s a sample of what to expect with the AD Exclusive newsletter. We will of course still be posting regular columns here but for the mailing-list only content, please subscribe below.

Genius: Aretha’s Courtney B. Vance Talks About Playing a Famous Man with a More Famous Daughter

David Pittu On the Platonic Love Between Joe Eula and Halston