The 23rd annual Sarasota Film Festival (SFF) kicked off April 30th and runs through May 9th. To compensate for concerns regarding COVID-19, the festival was presented in a hybrid format, featuring outdoor and virtual screenings as well as the regular public theatrical experience. There were many Q&As and conversations, including the one I was fortunate to facilitate with Dream Horse director Euros Lyn. This approach helped the festival continue to thrive and reach both local and national audiences. It also helped make things feel like we are finally getting back to normal, something many of us are striving for following a tumultuous 2020.

Over 200 films were screened for the celebration. Features, documentaries, and short films from both new and established filmmakers were selected for audiences to take in and enjoy. The gala kicked off with Mariem Pérez Riera’s doc, Rita Moreno: Just a Girl Who Decided to Go for It, which examines the life and career of the Oscar-winning actress. The Midnight Horror Special was director Brendan Walsh’s Centigrade, a thriller about a couple who gets buried in their car in the arctic snows of Norway.

SFF also celebrated the Oscar-winning documentary, My Octopus Teacher, with directors Pippa Ehrlich and James Reed receiving the festival’s Excellence in Documentary Filmmaking Award. The film played as the centerpiece for the festival. “We are excited to honor James Reed and Pippa Ehrlich with this year’s Excellence in Documentary Filmmaking Award,” Mark Famiglio, Chairman and President of the Sarasota Film Festival, announced, “and applaud their work with the Academy Award-nominated My Octopus Teacher whose maritime themes and messages are important to the Sarasota community.” You can listen to my interview with Pippa Ehrlich here.

I was asked to be a member of a jury deciding Best Feature at this year’s event. This is the same category I was honored to participate in at the 21st annual festival (2019), where we awarded Ash Mayfair’s extraordinary film, The Third Wife. This year, four films entered the competitive field for Best Feature. 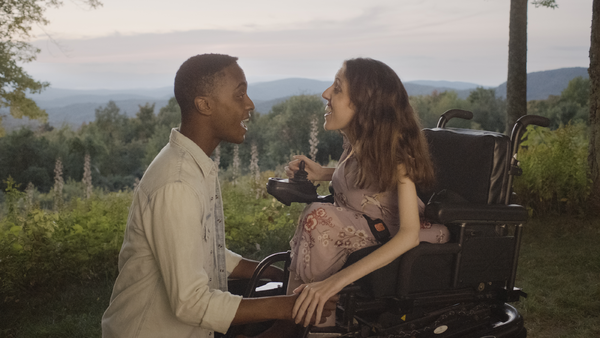 The first film I screened for the competition was Michael Parks Randa and Lauren Smitelli’s Best Summer Ever. An inclusive and diverse cast brings a new perspective to the teen musical in this energizing romantic comedy. Sage (Shannon DeVido) is a young girl with a wicked sense of humor who has fallen for Tony (Rickey Alexander Wilson), the star kicker of his high school football team who dreams of being a dancer. The pair fell in love over the summer at camp, and unexpectedly find themselves reunited attending the same high school. All the cliched teenage drama ensues, but with a twist that makes the genre feel fresh and invigorated. Enthusiastic and full of heart, the film is a genuine crowd pleaser. It is a delightful watch, distinguishing itself with an abundant cast of disabled actors and performers. It is evident how much fun the cast and crew are having, and their joy and happiness is contagious. 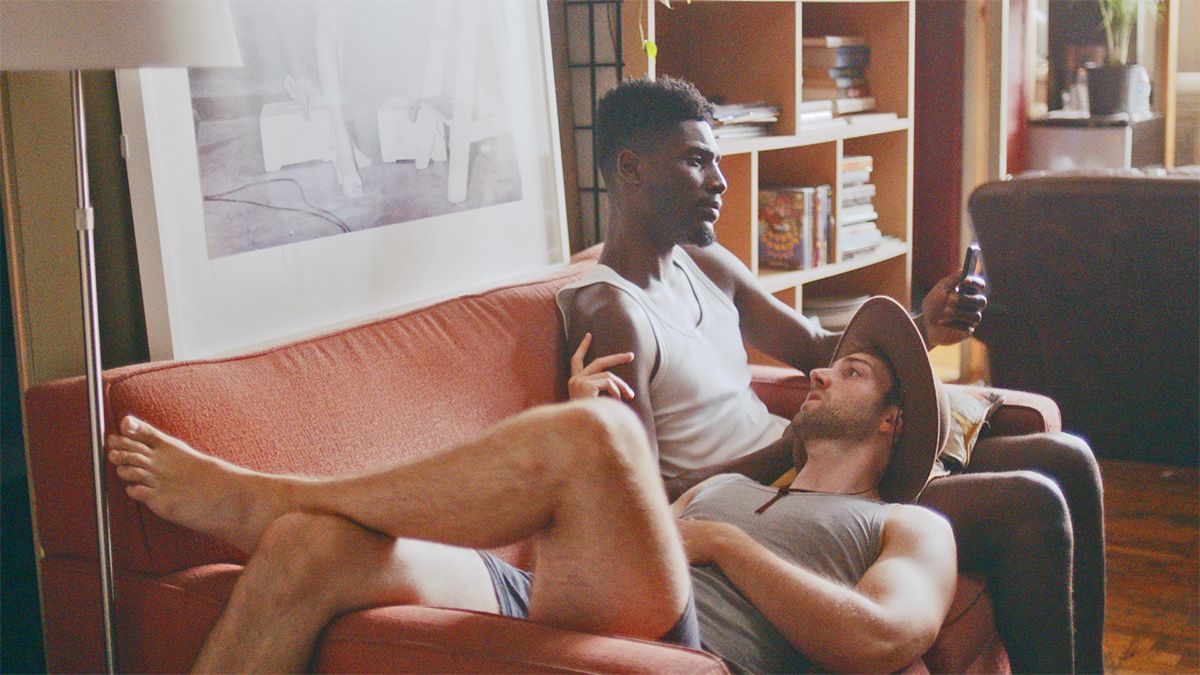 Next up was Matthew Fifer and Kieran Mulcare’s Cicada, an emotional and gripping film about two men falling in love while struggling with their traumatic pasts. The story follows Ben (Fifer) a bisexual male struggling with intimacy. His problems are rooted in a disquieting event that took place in his youth. Ben meets Sam (Sheldon D. Brown), a man of color with deep anguish of his own. The pair navigate their experiences together while coming to terms with what has befallen them. Cicada is a profound film, affecting and tender. The dynamic central performances and gorgeous pictorial imagery aid in the authenticity and contemplation of the narrative. It was my personal favorite of the group. You can read Joey’s interview with the directors of the film here. 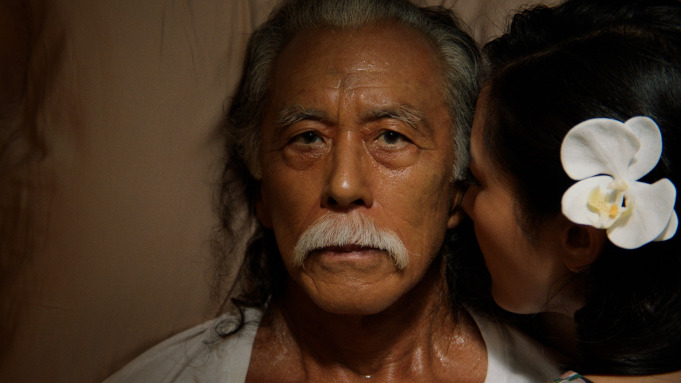 Makoto Yogi’s I Was a Simple Man was the third film I viewed. Masao (played at different ages by Steve Iwamoto, Tim Chiou, and Kyle Kosaki) is an elderly man facing death. As his time is running out, we witness events from his past that would have lingering effects on his life. The film works soundlessly for long stretches and works as an introspective reverie. Tranquil and serene, Yogi’s pace is slow and deliberate, allowing the viewer to soak in different experiences and perspectives as timelines in Masao’s life merge and overlap. There is a grim and exacting tone to the film that might be challenging for some audiences, but those who enjoy complex and esoteric art will find an alluring rhythm in Yogi’s poetic composition. 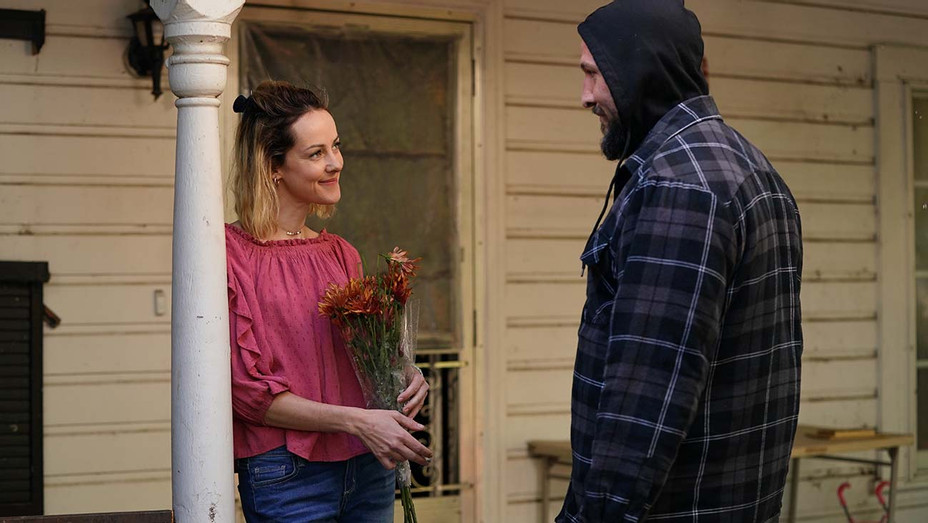 I wrapped things up with Lorelei, directed by Sabrina Doyle. Following a 15-year prison sentence, Wayland (Pablo Schreiber) reunites with his high school sweetheart, Dolores (Jena Malone). A lot has changed over the past decade and a half, however, and Dolores is now the mother of three young children. As the pair reconnects, Wayland begrudgingly becomes a father figure for the trio as he tries to earn an honest living in their grim, blue-collar Oregon community. But Dolores feels restless and seems almost childlike, as she dreams of getting out of her hometown. Lorelei is a bleak and gritty tale about trying to find hope in a life of poverty and desperation. The film delivers two outstanding performances from Malone and Schreiber, the latter of which I have long felt has not been used to his fullest potential. It was great to see him in a leading role, and I hope many more opportunities come from this as a result.

There you have it, folks. A strong lineup for the Sarasota Film Festival’s Narrative Feature competition this year. I will now be meeting to deliberate “best-in-show” with my jury partner. A formal announcement for winners in all categories will be announced Tuesday, May 11.