Cruella May be the Best Film of the Year (so far) Says Variety’s Owen G.

I have to admit I had low expectations for Cruella. This was due to the reaction by Film Twitter, which wasn’t exactly off the charts. But the audience not only gave Cruella an A on Cinemascore, but they also rated it 97% on Rotten Tomatoes. The Disney film is playing in theaters and on streaming (for a cost of $29) and is actually good. The film’s strength is due to the two central performances of Emma Stone — if a star wasn’t already born, she’d be born again with this role — and Emma Thompson as the Baroness. But it’s more than that. It’s a film that’s alive with music and vitality, gorgeous production design and costumes, dark humor and lots of cute dogs.

Emma Stone really has a chance to spread her wings as the central character in a lengthy film. Here is how Variety’s Owen Gleiberman puts it:

2. Emma Stone and Emma Thompson create a master class in mainstream acting. You expect these two to be good. What you don’t expect is how blithely they toss away the playbook that told them they’re acting in a Disney comedy. Stone floored me with how many shadings she brings to the gifted, benighted Estella. Staring out at the world under a red wig and owlish glasses, she’s the eager innocent who gets her foot in the door of the Liberty of London department store, only to learn that her job there is to scrub floors. She’s the cajoling, apple-polishing ladder-climber whose charm doesn’t work on the boss, and she’s the dissolute Vivienne Westwood upstart who creates a new couture out of — literally — ripping up the old one. Then she learns the secret of how she was abandoned as a child, and the revelation spins her over to the dark side, a transformation Stone makes from the scorched earth up. At the Baroness’s grand ball, when she appears for the first time as Cruella (in a blood-red dress and costume mask), she starts hitting people with her cane, and the way Stone does it, it’s no joke; she has made the film’s heroine a cathartic vandal. (But with that sweet lost girl still inside.) Late in the movie, she has an extended monologue shot at dawn, done in a single unbroken take, and it’s stunning to see the two sides of her come together.

I agree completely, so much so that I put Stone on the Best Actress contender tracker. If there was a Golden Globes this year she would be a slam dunk for a nomination and maybe a win, but even without it I think her work here is exceptional and as strong as Joaquin Phoenix who won for playing the Joker.

Emma Stone is a first class ham and at her best she is given full reign to be as hammy as she can be – this was true with her first role in Easy A, true to a degree in La La Land – though somewhat tamped down by playing the romantic lead. Here, she is back in full blown Easy A mode and it is impossible to look away when she is on screen. Funny, tragic, vulnerable, sweet…much more than the role called for.

Here is Gleiberman on Thompson:

And then there’s Emma Thompson. How to describe what she does in this movie? Think of the most sharply pointed, pinpoint scathing Thompson performance you could imagine (say, the acerbic talk-show host in “Late Night”), and kick it up about a dozen notches of misanthropic devilry. Thompson plays the Baroness as a delirious sociopath who controls every moment in every room she’s in, stealing micro power naps under cucumber slices, her voice of doom flowing over the peons in her midst, so cutting in the exaltation of her genius that she turns every conversation into a deadly duel. Thompson makes the Baroness a true monster but a brilliant one, always a step ahead and a step above. Condescension is the heady air she breathes. The sheer style of the performance is mesmerizing, but Thompson keeps tweaking us by upping the ante. She does the impossible by making narcissism shocking again.

He then closes his review with:

6. Is “Cruella” an Oscar film? Of course not. But it should be. In 2018, during that mercifully brief moment when the idea of a “popular” best picture category was floated and shot down, it was tempting to mock the Academy for desperately trying to wedge in the popcorn movies the Oscars were increasingly leaving out. But as bad as the idea was, the real sin was that “quality cinema” and “hit movies” were now being thought of as two entirely separate countries — and it wasn’t just the Academy that was guilty of that thinking. So was the whole Oscar-industrial complex: critics, awards prognosticators, the media karma that now anoints certain movies as “Oscar movies” before they’ve even come out, while the commercial films that might actually have a chance to draw viewers back to the Academy Awards languish in the déclassé pile. I’m not going to get into a debate over whether “Cruella” is a better film than “Promising Young Woman” (though they have more overlap than you’d think). But when I look at performances like the ones the two Emmas give here, my gut says: On what planet is this not as Oscar movie? On a planet of compulsive aesthetic virtue where it’s become unhip to laud a pleasure as unabashedly mainstream as this one.

I agree, which is why even before I read this review I had put this film on the Contender Tracker for Best Picture. And for the same reasons.

An “Oscar movie” really just means a “high achievement in film.” In this case, you have what has to be a high water mark for this kind of movie. It’s early in the year to know for sure how it will shake out but why not start with what we know before we start getting into what we don’t know.

Not to mention, if there is an Oscar ceremony can you imagine Emma Stone showing up to present in that trash dress?

I’d go with the audience, not the critics, on this one – especially if you’re looking for an escape from the last horrid year. Here, a chance to sit back and watch big stars do what they do best. 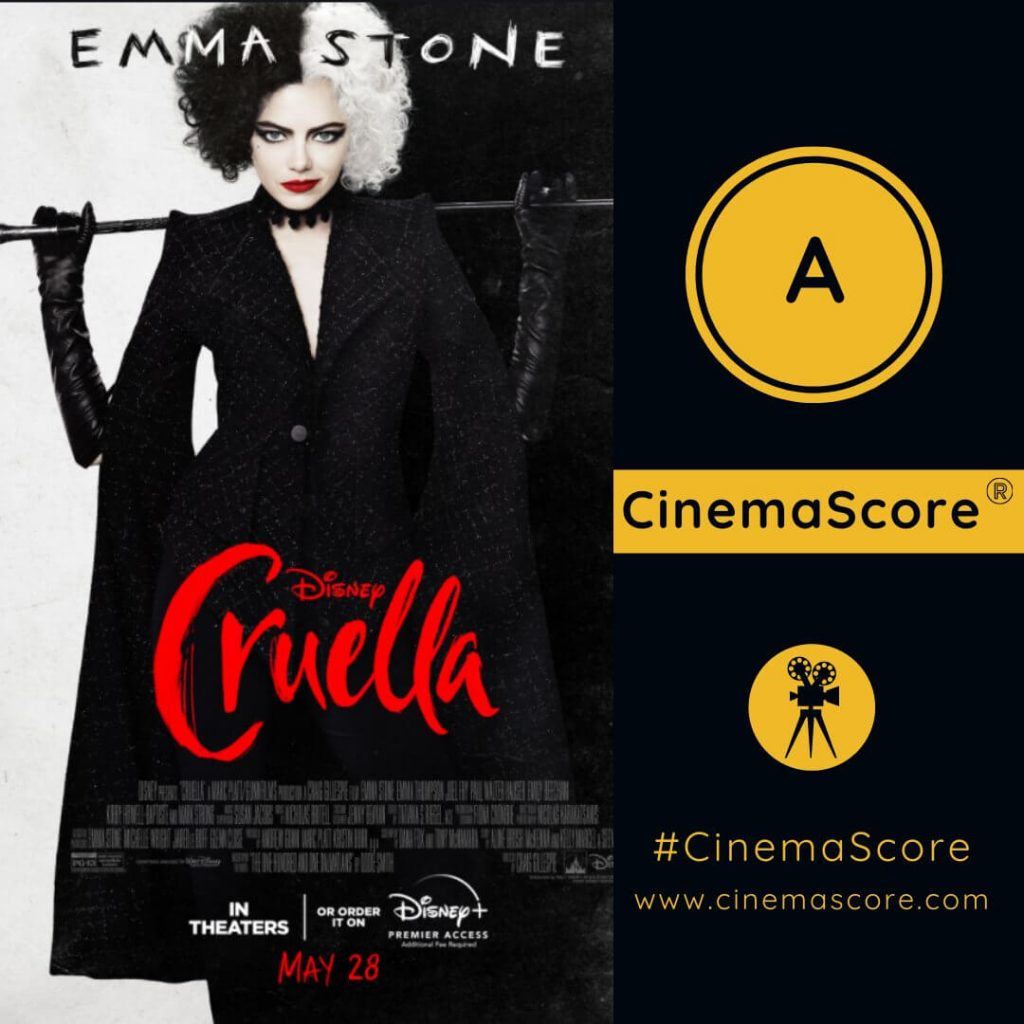 Clarence Williams III and the (should be) Legend of Bobby Shy