by Clarence Moye
in featured
3

Lin-Manuel Miranda is already making a huge splash on the 2021 film year with the drop of today’s In the Heights. And, honestly, we needed it badly. Now, he’s giving us even more to be excited about with the unveiling of the full trailer for Netflix’s fall entry tick, tick…BOOM! Starring Andrew Garfield, the film serves as Miranda’s feature directorial debut. Judging from the trailer, this could be a contender for Best Actor as Garfield seems to let it all out — he sings, he rages, he sees musical notes in a pool! 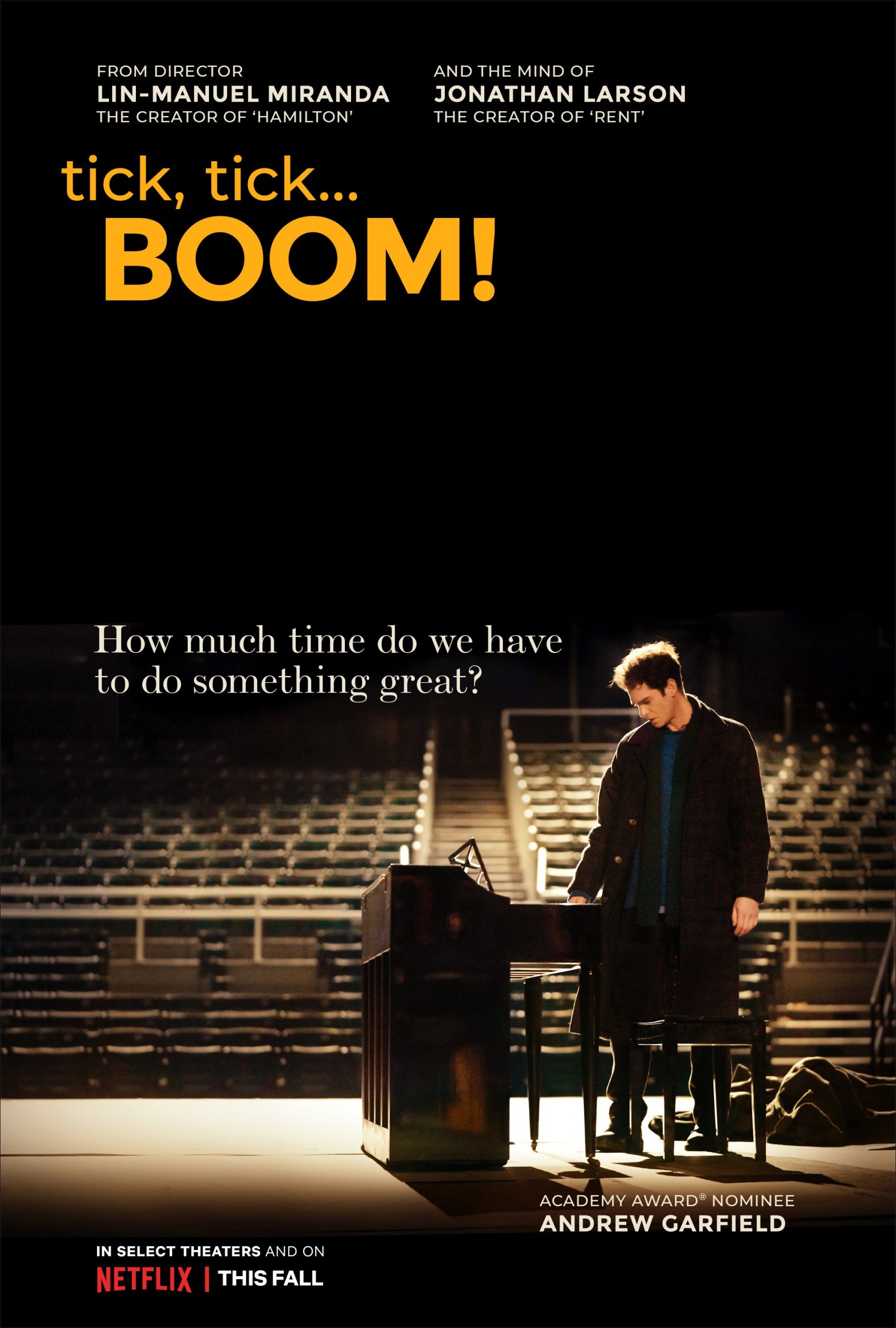 tick, tick…BOOM! is an adaptation of the autobiographical musical by Jonathan Larson, who revolutionized theater as the creator of Rent.

Andrew Garfield plays Jon, a young theater composer who’s waiting tables at a New York City diner in 1990 while writing what he hopes will be the next great American musical.  Days before he’s due to showcase his work in a make-or-break performance, Jon is feeling the pressure from everywhere: from his girlfriend Susan (Alexandra Shipp), who dreams of an artistic life beyond New York City; from his friend Michael (Robin de Jesús), who has moved on from his dream to a life of financial security; amidst an artistic community being ravaged by the AIDS epidemic. With the clock ticking, Jon is at a crossroads and faces the question everyone must reckon with: What are we meant to do with the time we have?

tick, tick…BOOM! will be released in select theaters and on Netflix this fall, 25 years after the Broadway debut of Rent and Larson’s tragic passing.

Glynn Turman on 'Fargo,' 'Ma Rainey,' and the Year of His Acting Life