"You have no idea how hard I fought to get the show."

HBO’s Lovecraft Country is a feast for the senses, and Kalina Ivanov’s production design is some of the most detailed, specific work that I have ever seen. The best kind of atmosphere building will make you want to explore the spaces  you see on screen, but you may have trouble deciding where you want to start first. Ivanov, whose credits include Grey Gardens and the wrongfully-maligned spectacle Smash, was afforded the opportunity to create rich textures and multi-facted worlds for each episode.

Ivanov was encouraged by Lovecraft creator Misha Green to go big for the designs throughout the first season. Not only did she dive deep into the era, but she used her architectural background to enhance the mood of every set piece. Places like the Ardham Lodge and the Winthrop House feel like living, breathing creatures. They’re certainly beautiful but they make you uneasy and there is a sinister quality that amps up the essence of the entire show.

Lovecraft was a dream come true for Ivanov because of the amount of variety in the locations. One episode we are crawling through caves and the next we are in a luxurious department store with detailing that echoes the racism of the era. Ivanov’s work deserves to be recognized for its grandeur and opulence but also how it calls out America’s racist roots. I can’t wait to see what Ivanov does with season two.

Awards Daily: This show takes you on a ride–the way it changes tone and genre. It’s nuts. When you read the scripts and talk to the other creatives, what is the most exciting thing and the most intimidating thing about this first season?

Kalina Ivanov: The mos exciting thing is that we were going to so many worlds. I was given the chance to go back 200 years and invent a magical reality and then go 200 years in the future and play with so many genres and so many themes. You have no idea how hard I fought to get the show. I have never had the chance to do science fiction. Because I have a background in theater, I was very confident that I could handle all of these different genres. When you study theater, you’re studying musicals and operas and Tennesee Williams and Shakespeare and ballet. When you have that in your bones, that’s your foundation and you’re looking for these exciting oppportunities. I don’t know any other shows like this. Even Black Mirror didn’t jump around worlds like we did.

AD: There are so many sets that I don’t know where to start, but let’s go with the Ardham Lodge. I love wood details and the archways. Those pieces of wood coming off the archways look like they are reaching for the characters like fingers. Leti’s suite has the archways but they are white and the wood detailing is in there as well.

KI: You picked up on something that as important to me. When I created these arches, first thing I said to the set designer, Chad Frey, I wanted the arches to have little teeth coming out of them. I wove it throughout the entire season. It’s very attractive but also very menacing.

KI: It’s how Black people live. They cannot live in peace and they know if they walk down the street, they may never come home. That’s the fear from 1955, it’s the same today, and it’s very specific to the Jim Crow era. I wanted to embed that into the set without being over the top. Very attractive, seductive but organic to the structure. The white people who lived in that lodge catered each suite to each character’s fantasy. They were specific to the characters. I started with Leti, and she has a humungous wardrobe in her suitcase. I pitched 1930s Hollywood glamour with some gothic elements. It’s a dreamy suite with the creamy colors–it’s a screen goddess’ room. You can see Joan Crawford in it.

AD: I can definitely see that. What about for Uncle George?

KI: It needed to feel like a gentleman’s library in a suite and we wanted it to feel very British. There is a very strong concept behind Ardham Lodge that were diametrically different styles that have a lot of meaning. One style is the Tudor style of Henry VIII that gives the gothic feel of the lodge on the bottom. On top, with the dome, I wanted a Romanesque arches and the dome itself was inspired by the Carnegie Mansion and the robber barons. I wanted to combine two very rich and bad men. One was in America and one was Henry VIII.

AD: I think episode five, “Strange Case,” is one of the best hours of television I think I’ve ever seen.

KI: A lot of white people have a hard time with it.

AD: For the department store, I love how it was mostly black and white with the wide tile on the floor. The pillars are the same color and the white is on the top to suggest the power dynamics of the time period.

KI: It was a location that we completely transformed. Through VFX we created six floors, but the first floor and the staircase were all real. Thematically, we wanted to show how white people have built America on the backs of slaves. Since that episode is so horrific, I wanted to make that space very playful. I was thinking of Raoul Dufy who did some work for Vincente Minnelli for An American in Paris, and I wanted it to kind of feel like a musical when you walked in. It needed to be lighter but let’s make it visually striking and let’s pull the audience in so there is a relief from the intensity of those scene.

AD: I like the dark wood in the Winthrop House and there is so much in there. The elevator, the wallpaper and the basement are all spectacular. Tell me all about that.

KI: It needed to be a big size so Leti could have a lot of people in there. The house we found was gorgeous and pristine and it had red wallpaper that was kind of inappropriate. We spoke to the family and we went to town. It still looked too new, but since it was architectually protected, I couldn’t break down columns or windows. There wasn’t anything I could phsyically do but aging the paint and restoring it. What I did was add that portion that comes out toward the street that’s leaning and that changed the house. Just that one element changed it. It prepares you for going inside. For inside, we completely wallpapered the first floor. We built on stage the dark room, the basement and the elevators, and we practically used the first floor since there was so much action to the street.

KI: Leti moves in and she’s going to change it. Misha [Green] and I talked a lot about Hiram, the character who did experiments on Black people. In the book, he had a family and a wife, so I asked Misha if we were basing the house off of the character from the book. Did his wife decorate it? Did he have any input? I had to get into that character’s mind in order to get the right look. Misha said that he was a bachelor so that told me everything. What year did he start doing experiments? How long was he there? When did he live there? That’s kind of when you get that you’re designing 1920s wallpaper and before. You’re not inthe 1950s anymore, you’re literally talking 1915 if he lived there for forty years. We copied the stained glass onto the stage. It was a complete transformation.

AD: I have to ask about Daegu.

AD: I love how Ji-Ah’s room has the bed in the center. I guess you can tell me if that is a historical thing? It’s so much of an altar for what she does in that room. The designs have a lot of clean lines and there isn’t a lot of clutter. The exteriors feel like I am there.

KI: I am so glad you are asking me about this episode, because a lot of people aren’t bringing it up.

KI: To create North Korea in the middle of Atlanta…is kind of insane. We weren’t even going to the mountains. I have a background in architecture, so I always know I had to ground it in reality. The research on the hanok was very intense and these women lived in a less glamorous version that you might seen in an American book about hanoks. You always need a little luck in everything and it happened that we hired a woman of Korean descent. She was able to go onto Korean websites and get authentic details so the one in Lovecraft Country is very realistic. We did a deep dive for it and it was so important to think that Ji-Ah is a real person. You can’t start with her as kumiho so you have to fool the audience. I’m very proud of that set.

AD: You’re blowing my mind about all the detailing.

KI: Everything you need is there. Even down to the specific musical cues. Those are written in there.

KI: They’re not added in post-production.

AD: How did I not hear about that?

KI: I call her a genius and women don’t get called that very often. And that’s why it’s very important to know because it was so inspiring to read the scripts. Misha is a very inspiring force of nature. Our conversations were so deep and she has a great sense of humor. She told me to go bold. 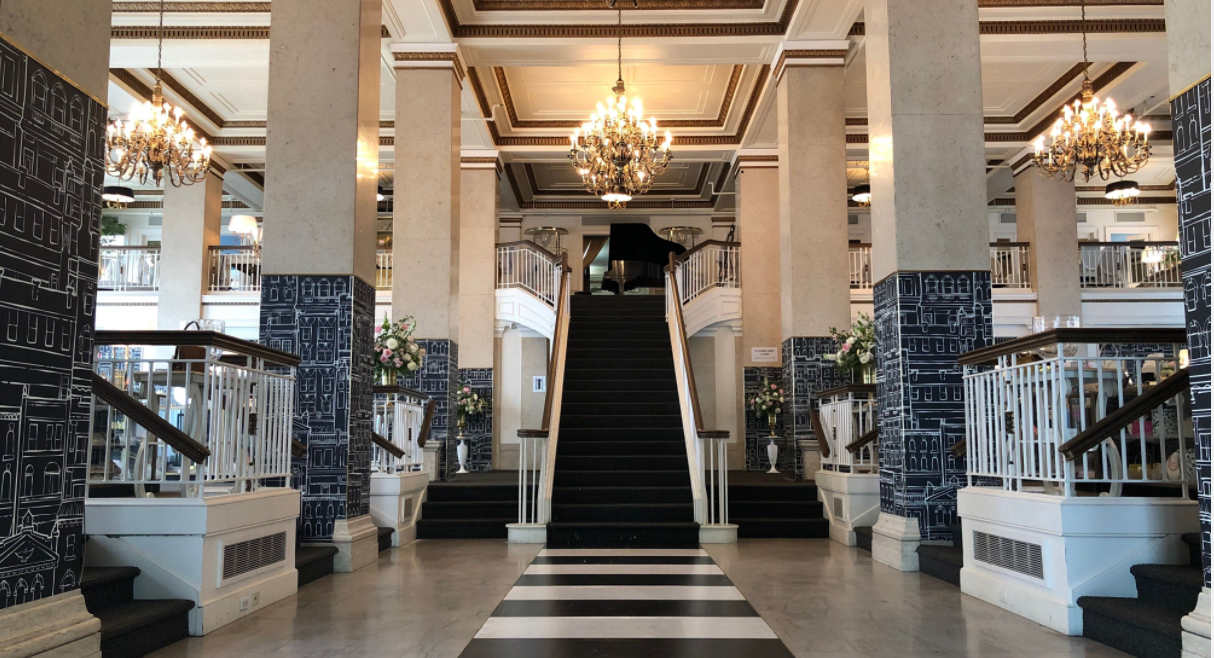 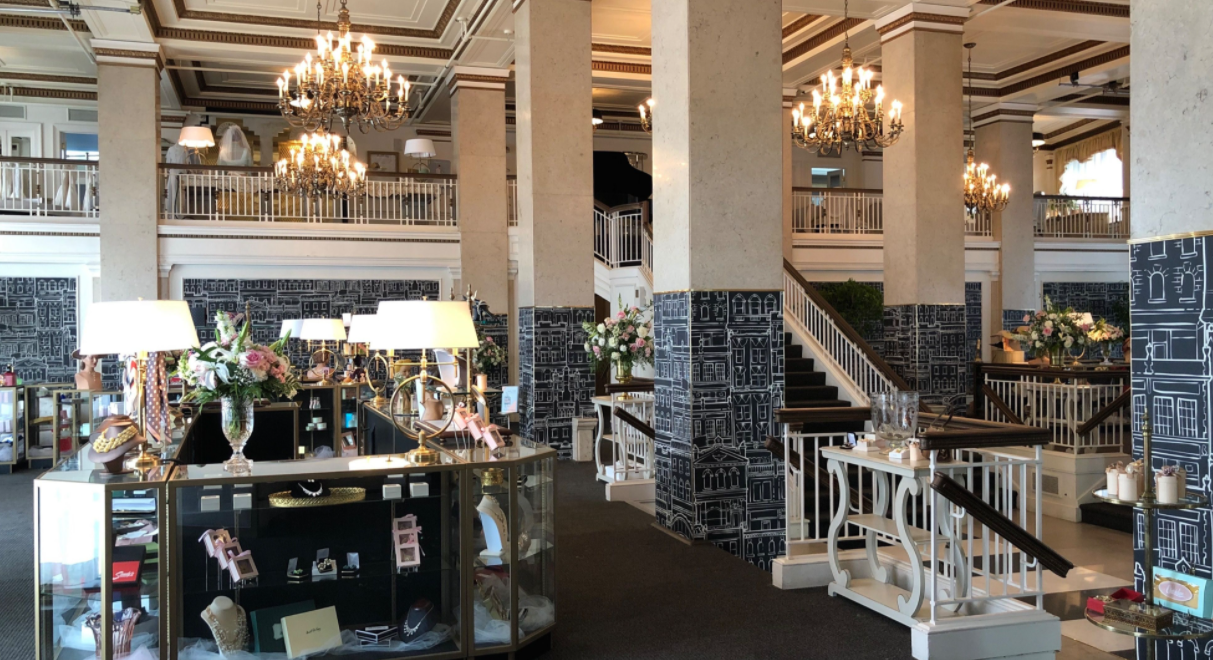 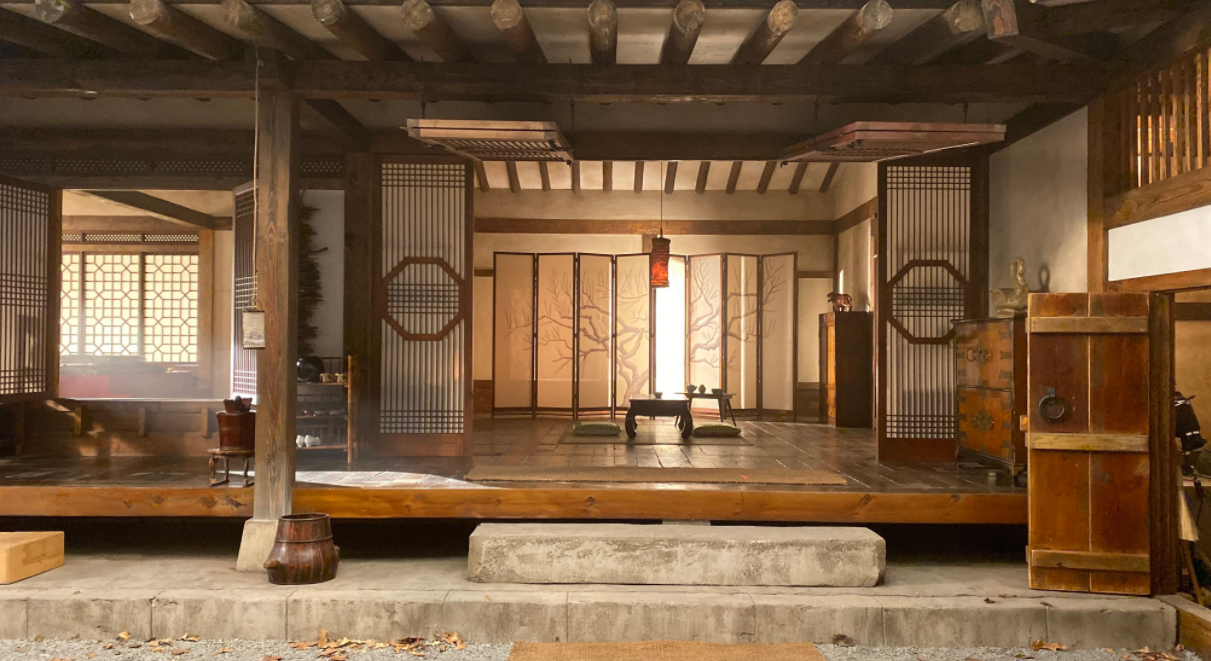 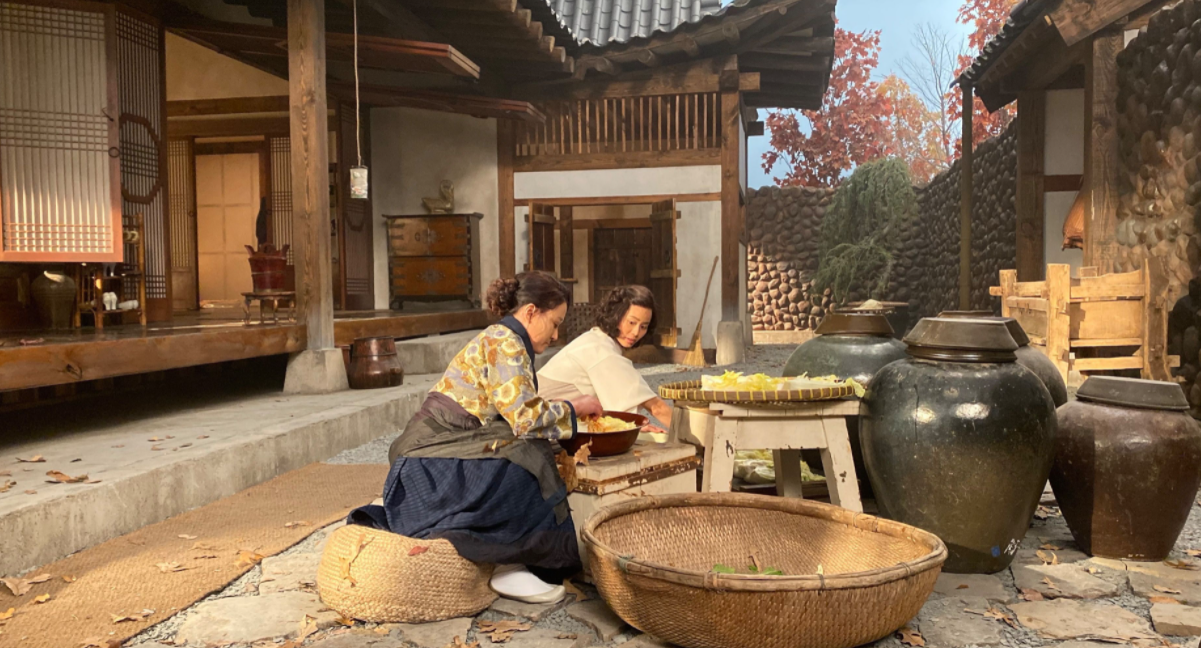