by David Phillips
in ADTV, Interviews
0

The impossibly busy casting director Kim Coleman (seriously, check her IMDB page) knew she had a very specific challenge in her search for the right actors to appear in Showtime’s The Good Lord Bird. Aside from the usual quandary of finding performers who look appropriate in a period production (in this case, the 19th century), she also had to bring in talent that could adapt to the series’ shifting tones. For all of the tragedy in the telling of James McBride’s historical novel, there’s an unusual amount of humor too. Not just chuckle and smirk humor either, but the large guffaw kind that you wouldn’t necessarily expect from a show about the (in)famous abolitionist.

In our conversation, Kim and I discuss how she sought and sifted through her options to select the group of actors who would fill out the cast, and in particular, Joshua Caleb Johnson, the young man who would play ‘Onion,’ a freed slave whose eyes we see the story through.

Awards Daily: How did you get involved with The Good Lord Bird?

Kim Coleman: I received a call from Showtime and Blumhouse to check my availability and they told me a little bit about the project and they said, ‘Kim, we’d like to send you a script. We’d like to have you meet with Ethan and (producer) Mark Richard.’ I read the script, loved it, and we met and we felt like it was a good mix, and they offered me the job.

AD: The Good Lord Bird is a brilliant mixture of tragedy and comedy with tricky tonal shifts. How did that impact your casting decisions?

KC: Ethan and Mark were very specific about the tone of the show and I agreed with them. Initially when I read it, I thought how are they going to pull this off? It was important to me to audition and cast actors with the skill level to play both drama and comedy for this project because it had such a unique tone to it. You could see the humor in these serious situations. It could be a stare, it could be a facial expression, someone laughing hysterically, I just needed actors who were versatile, anf=d who understood the what we were going for. I think Ethan talked to so many actors about the tone to make sure everyone was on point and understood what we wanted to do.

AD: Along with the need to find actors with the ability to do comedy and tragedy, you also have to cast people who aren’t so contemporary that they feel apart from the era that the show takes place in. Did you find it more challenging looking for era specific attributes or was it more the comedy/tragedy mix?

AD: I know Ethan brought in friends and family members for some of the roles. I can imagine that in doing so created a pretty harmonious set to have these known quantities be a part of it.

KC: He wasn’t just bringing in family members or actors he had worked with before, they were on point for the roles. I think for a lot of the roles too, with Ethan – John Brown – being the center of it and everyone having to interact with him, chemistry with Ethan was very important to the story. It was essential that the  actors be collaborative. By bringing in people he had worked with befiore, he knew how they worked and they knew how he worked. It was a more comfortable fit, and my job was to add on to that with the multiple other cast members who fit right into that groove.

AD: I would have never pictured Ethan Hawke as John Brown because Ethan has spent a lot of his career underplaying and John Brown is a very expansive character and you have to play him that way or you’re not doing the role service. Did it at all strike you that ‘Ethan Hawke is going to play John Brown?’

KC: I have to say, it didn’t. I have been following Ethan’s career for many years. He is so versatile, he is so amazing, he is so solid, he is so surprising. I was actually looking forward to his take on that character and I think he pulled it off fabulously. I was not surprised to be honest.

AD: What was it like casting for Onion and to find someone like Joshua for the role? 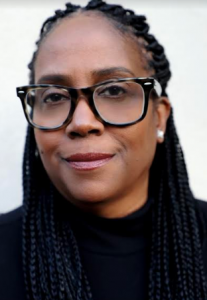 KC: Initially we did a massive search, we saw so many great kids, but when Joshua walked into the room and I auditioned him, he had this sparkle in his eye. He’s a young actor, but he was willing to put in the time. He was smart, he had the humor, he had the knowledge, he wanted to learn more. He was one of the first kids that I auditioned and there was just something very special about him. He was funny and I think he had the qualities. I said to my team, ‘This kid is special. I think it’s worth him meeting with Ethan.’ Ethan met with him and we talked to him, he talked about the book, we talked to his parents, and he was just willing to put in the work and he did a fantastic job. I wanted to make sure that this role of this kid, who is a boy dressed like a girl, that we did this the right way. At the end of the day, it worked on so many levels. He was always that young boy. I thought he did a really great job with his portrayal. Ethan took him under his wing and really worked with him and he really listened. That’s one thing about a young actor, he really listened to Ethan and Ethan was guiding him all the way.

AD: It’s such a tricky part because as you said he’s a boy pretending to be a girl but he’s not really trying very hard to pretend to be a girl.

KC: It’s through the eyes of ignorance that he gets seen as a girl. It would have been easy to have him act like a girl and go ‘Is he a girl? Is he a boy?’ but he was always a boy.

AD: John Brown is a story that needed to be told and has never really been told to this degree. He is that white savior model, only he actually earns it. At the same time you don’t want the show to be just about this white guy trying to save black people. You want it to reflect the black experience at the time too. That’s why I think telling the story from Onion’s point pf view works so well to avoid the “white savior trap.”

KC: Absolutely. We definitely didn’t want that to happen and it didn’t come across like that. They were like partners in crime (Ethan and Joshua). They were working as a team. I think that’s why it was successful because it  did not come across as a story about a white savior. I think that was important to Ethan and Mark and the team involved that that didn’t happen. I think they pulled it off.

AD: One of the things I took note of was how many people behind the camera, directors and writers in particular, that were involved were people of color. Having that perspective always be in the room had to help as well.

KC: That is a very good point. It makes a difference. Our history in America, we have a different perspective and knowledge and we can educate some folks who would never see it from that point of view.

AD: The one note of controversy around the  show has been with the Frederick Douglass portrayal. I had a very interesting conversation with Darnell Martin who directed the episode “Mister Fred” and she was saying that was because all anybody has ever told about Frederick Douglass is this stolid stodgy version of him. When you were thinking about this in bringing in Daveed was it in your mind that ‘We have to find somebody who can really balance this?’ Because you don’t want Frederick Douglass to come off as a joke either.

KC: When we discussed that role, Ethan said Daveed would be great and I agreed. We wanted someone who has that balance. I’ve cast Frederick Douglass before in another film and he plays pretty much the Frederick Douglass that we know from history books. We need to see this character with more colors. The same thing often happens in portrayals of Dr. Martin Luther King Jr.. But to people who knew him, he was funny. He laughed a lot. He told jokes.) I liked that they opened up that door and made Douglass more human. I thought it worked.

AD: It was fascinating to watch Daveed and Ethan act together. They seem like very different types of actors, but they really met each other’s level.

AD: This is a project that could have been done in a more straightforward way that I think would have been effective and maybe even very good, but the degree of difficulty that was added by the tone and the use of humor here…to get that just right is very complicated. Having seen how well it has been received, I imagine it feels really good to have been a part of something that was such a challenging project and then hit its mark.

KC: Yes. I’m very, very, very proud of it. You start off with every project and you don’t know what the outcome will be. From the beginning Ethan and Mark were very specific  about the portrayal – what they wanted the audience to see – and I thought they nailed it and it was one of my projects that I’m most proud to be a part of. I was delighted to work on it.

Sasha, Ryan, and Clarence have been stuck with me since April 27, 2018. Co-creator (with Ryan Adams) of the Reframe series, staff writer, interviewer du jour, and a proud member of GALECA and the Indiana Film Journalists Association. I also scribe on boxing at NY Fights. My essay "My Black Grandpa" was shortlisted as "Best of Folklore" by The Bitter Southerner in 2018. My first work of fiction, "Eat 'Em Up, Tigers!" was published in Detroit Stories Quarterly in the 2020 summer edition.