(In the Series and Performance categories because clearly we're not THAT fearless...)

With the Television Academy announcing the 2021 Emmy nominees next week, ADTV predicts the top categories with plenty of love for The Crown, Ted Lasso, Hacks, and Mare of Easttown.

After months of what might go down in history as the most confusing and ambivalent Emmy season in the history of television, the nominations for the 2021 Emmys will finally be announced next week. In anticipation of next week’s nominees, the ADTV team put together our yearly predictions chart.

This year, there is a lot we agree on. We unanimously agree, alongside just about every Emmy expert, that The Crown and Ted Lasso will dominate the nominations on their way to winning multiple awards come September.  We also have a lot of faith in shows like The Flight Attendant, Pose, The Handmaid’s Tale, and Mare of Easttown.

The categories where we disagree the most are by far the supporting races, especially Outstanding Supporting Actor in a Drama Series – a lineup without any major contender but somehow needs to fill eight slots. Some of us think character actors like Jon Jon Briones and John Benjamin Hickey will prevail while others think that Disney+ will expands its overall reach and sneak in actors like Giancarlo Esposito and Wyatt Russell. However, we’re all in agreement that the recent buzz for In The Heights will push Anthony Ramos to a surprise nomination for his performance in the In Treatment reboot.

Beyond the obvious contenders, there is a lot of room for surprises. On top of that, there is room in the drama and comedy series races for multiple headscratchers that no one saw coming, even with the possibility for a show or two to sneak into the top category without any other major nominations. In fact, it’s a possibility that massively popular shows like Cobra Kai, The Boys, and even Mythic Quest earn series nominations without any other primetime nominations.

But what are we underestimating? With the new Television Academy, we’ve seen voters go all out for ensemble instead of spreading the wealth among many shows. Will the actor heavy ensembles behind Bridgerton, Ratched, The Handmaid’s Tale, and Saturday Night Live overperform? Can a younger voting body push forward the underappreciated duo of Maya Erskine and Anna Konkle? Will this be the year that the actors branch completely sheds their genre bias and welcomes in actors from shows like The Mandalorian, The Boys, and WandaVision?

Another interesting element to keep an eye on when nominations are announced is how recently cancelled shows perform. There was a lot of fan support for the second season of Zoey’s Extraordinary Playlist before NBC cancelled it in the thick of Emmy voting. Will that sink its chances or will fans of the show rally behind it? Then there is HBO’s Lovecraft Country, a show that has had a complicated run but is still in many predictions. HBO quietly cancelled it last week after voting closed. Is that a sign that it could possibly be shut out next week?

Every year the Emmys surprise us more and more but this might be the year we truly see a field of nominees that truly shock us. And we couldn’t be more excited. 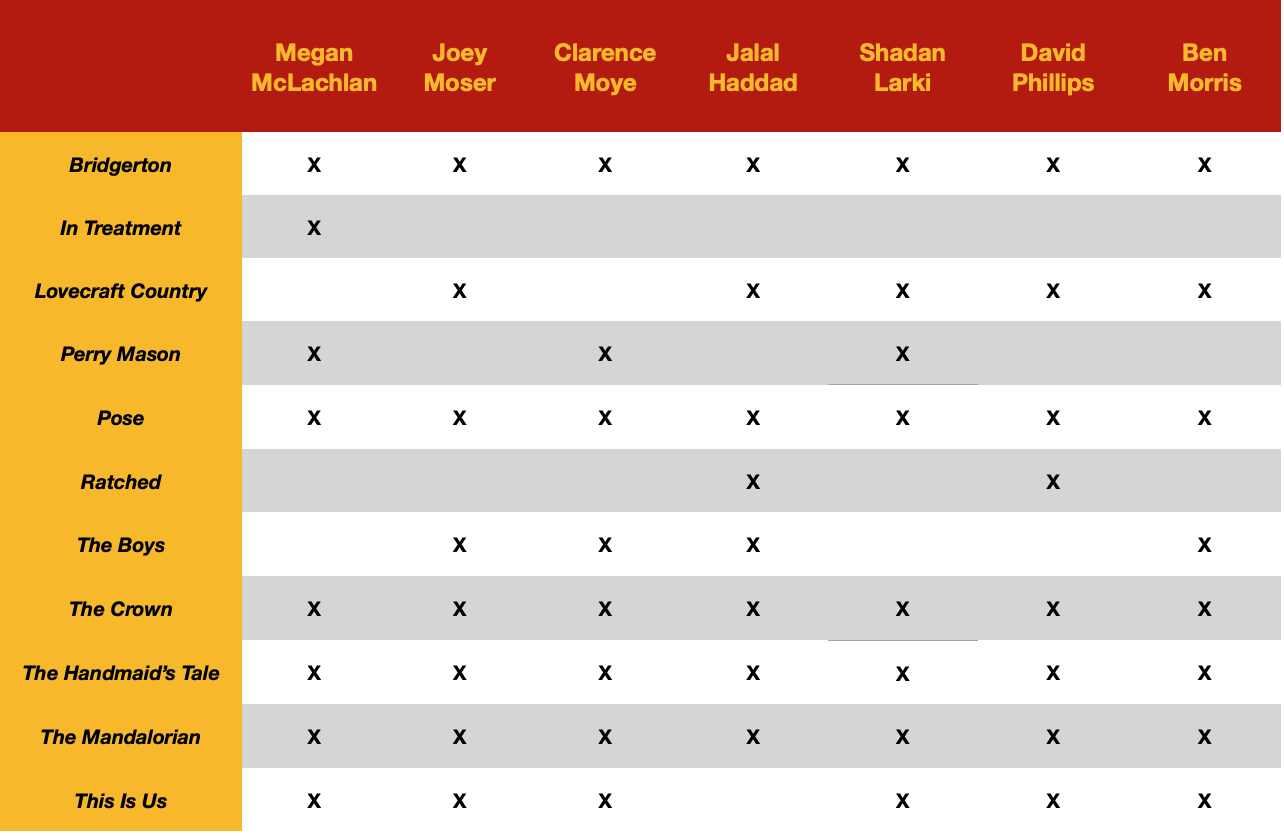 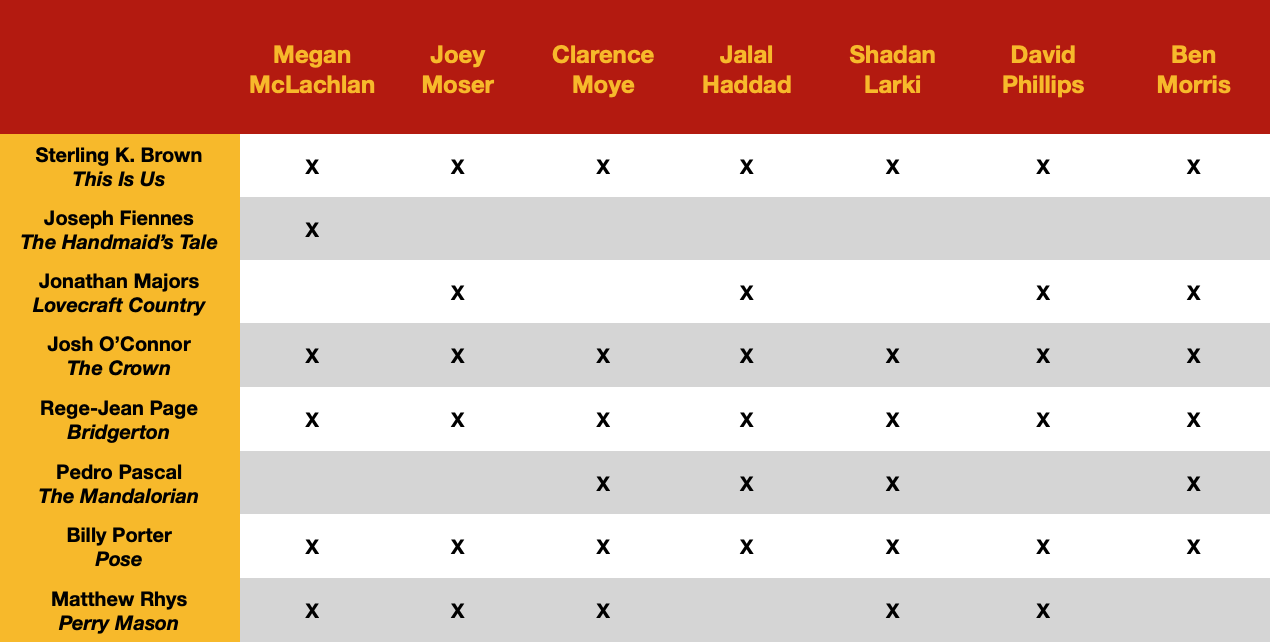 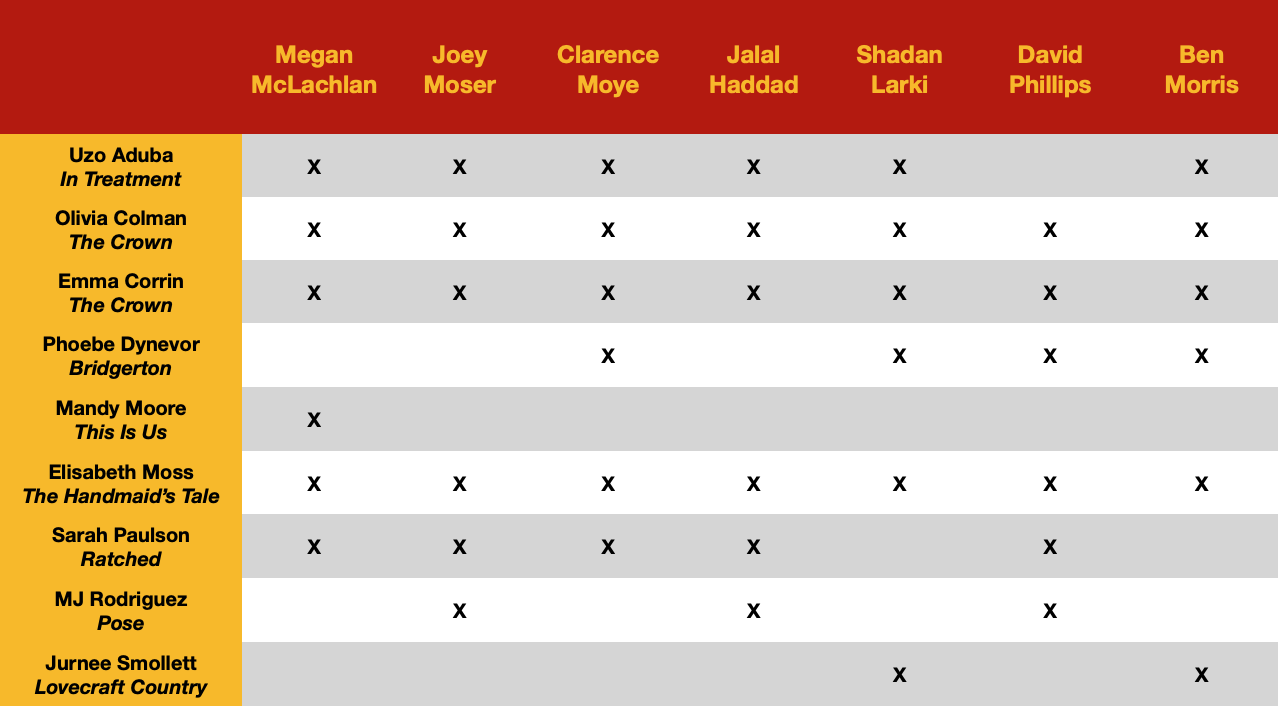 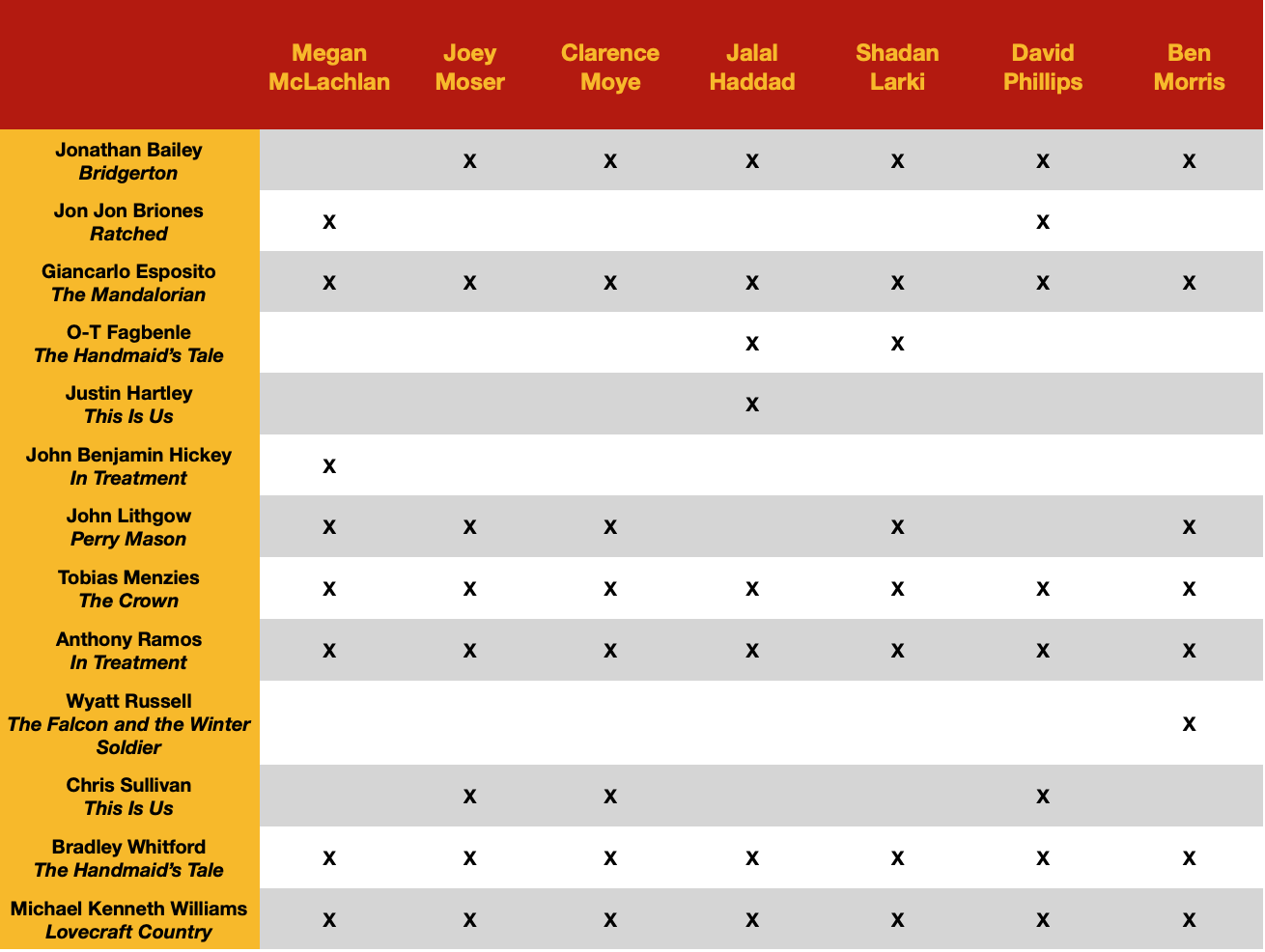 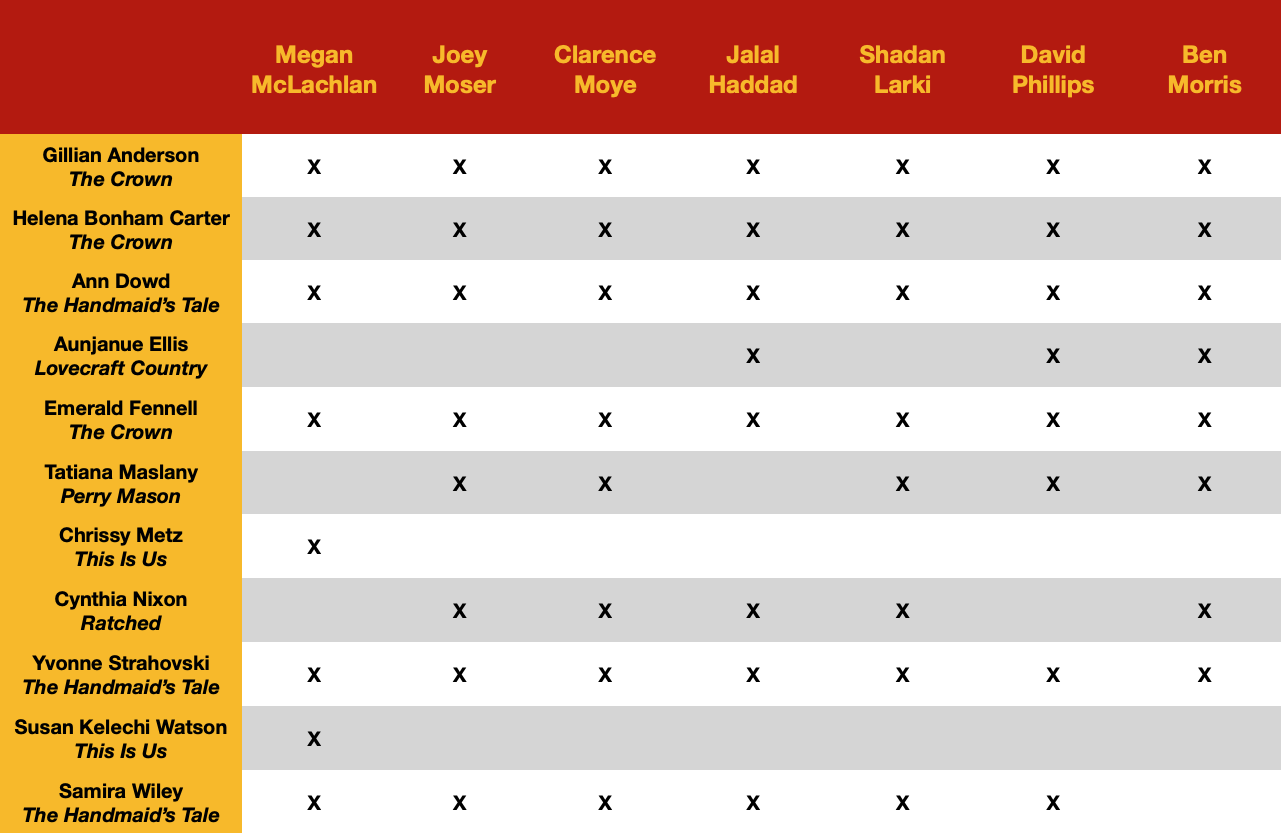 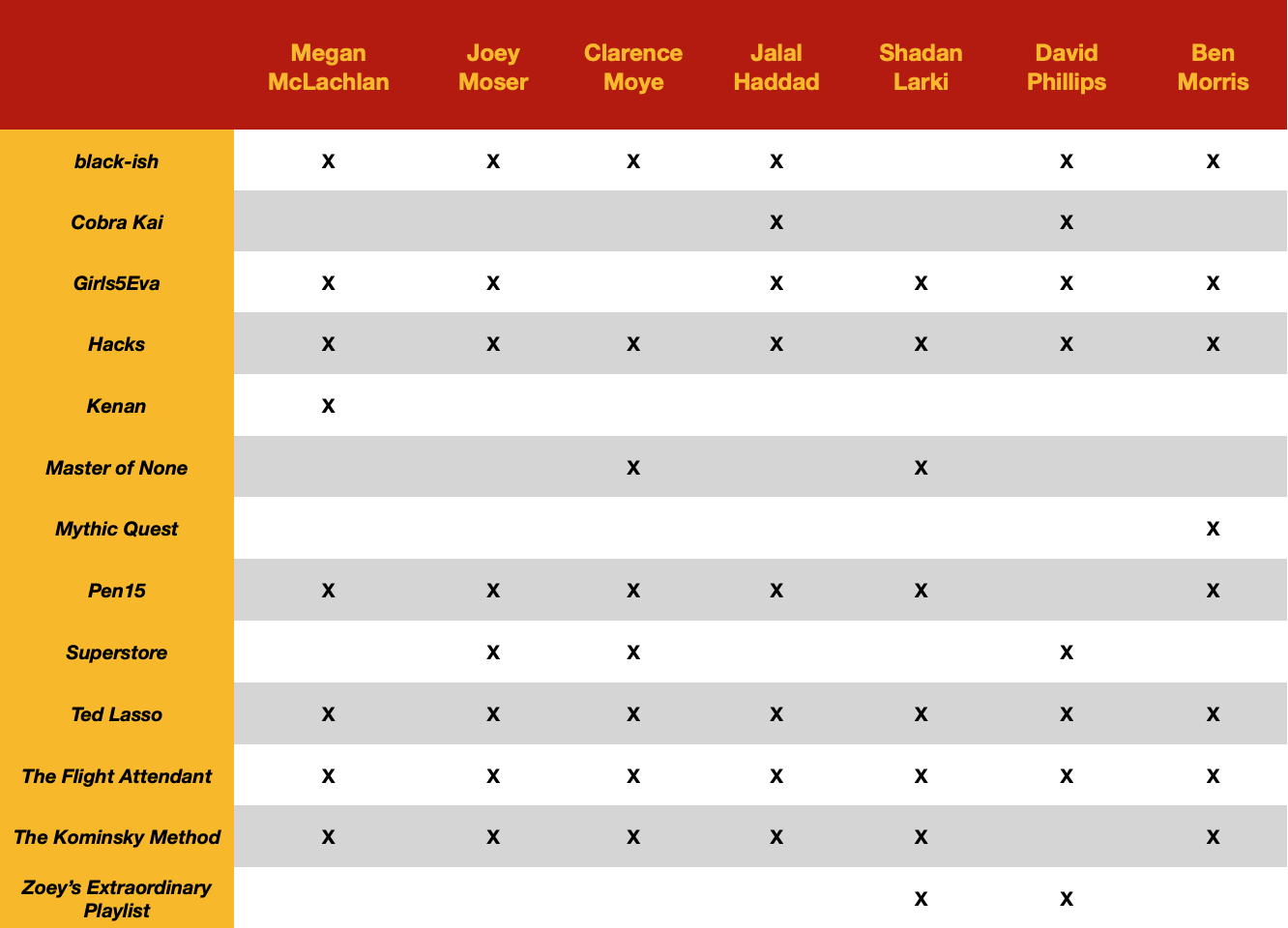 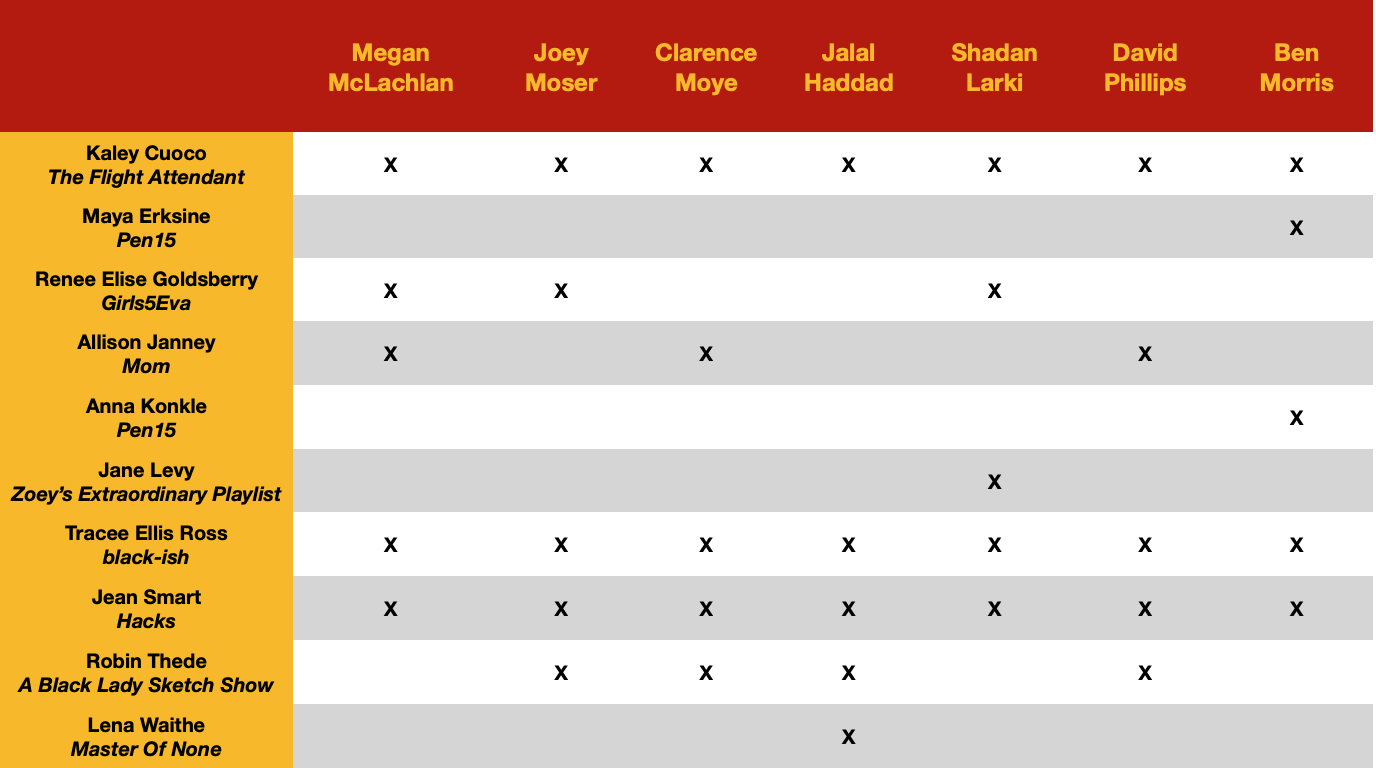 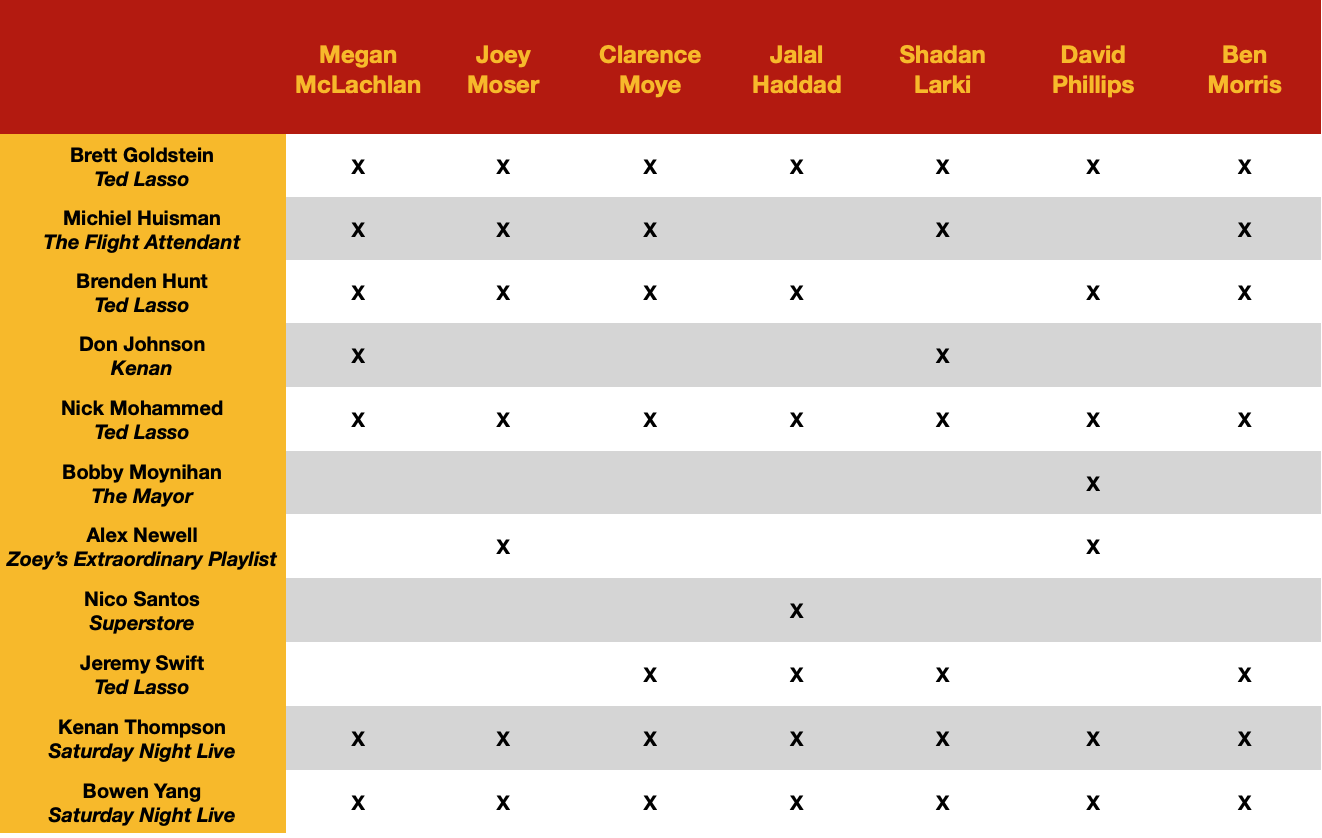 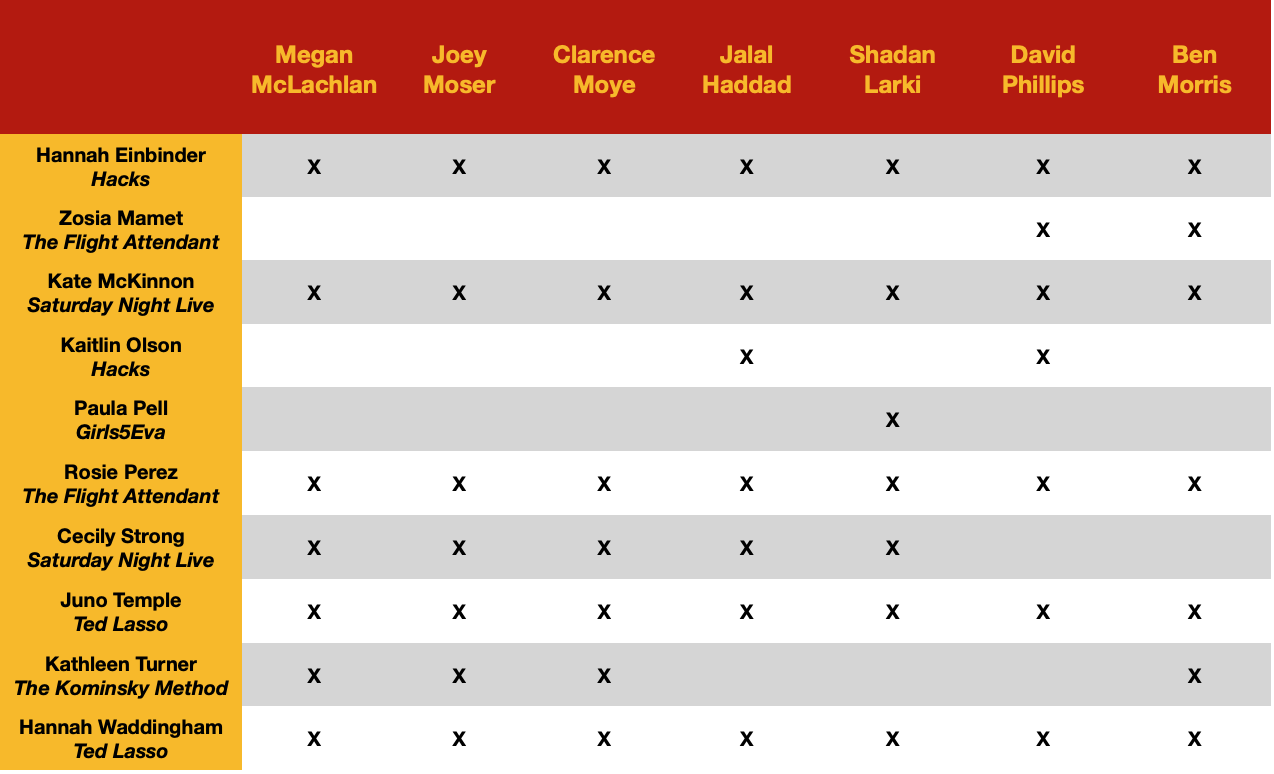 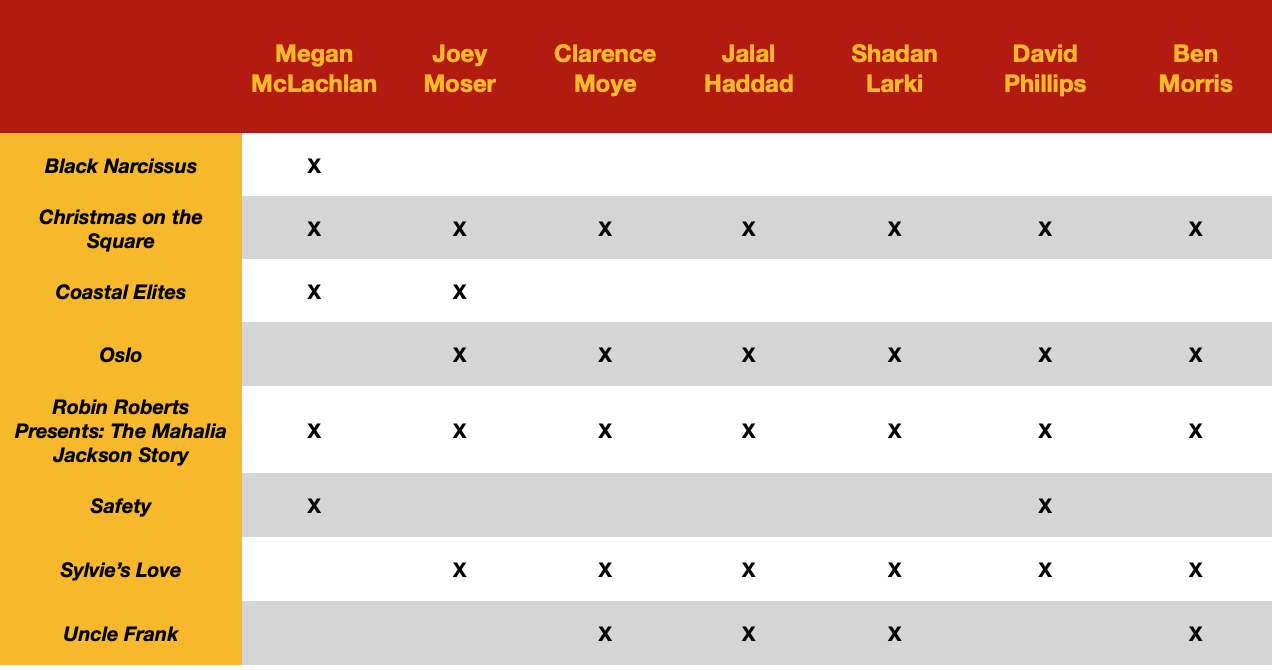 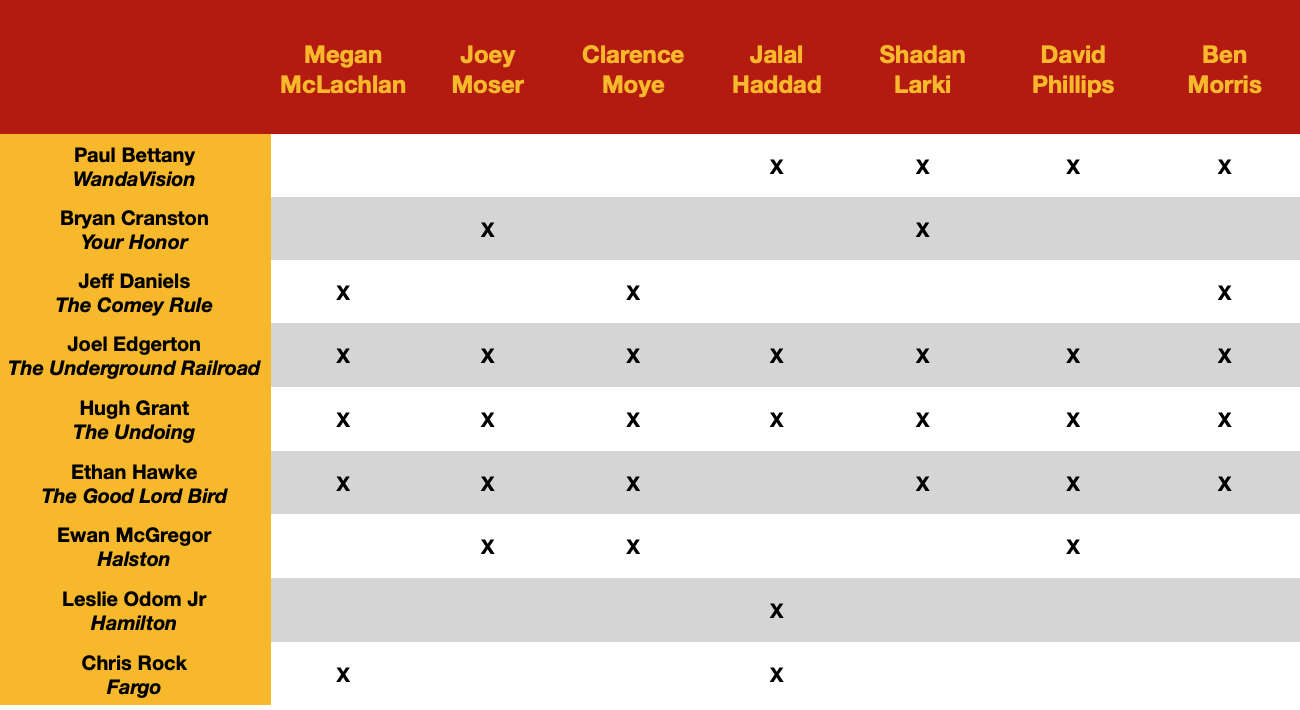 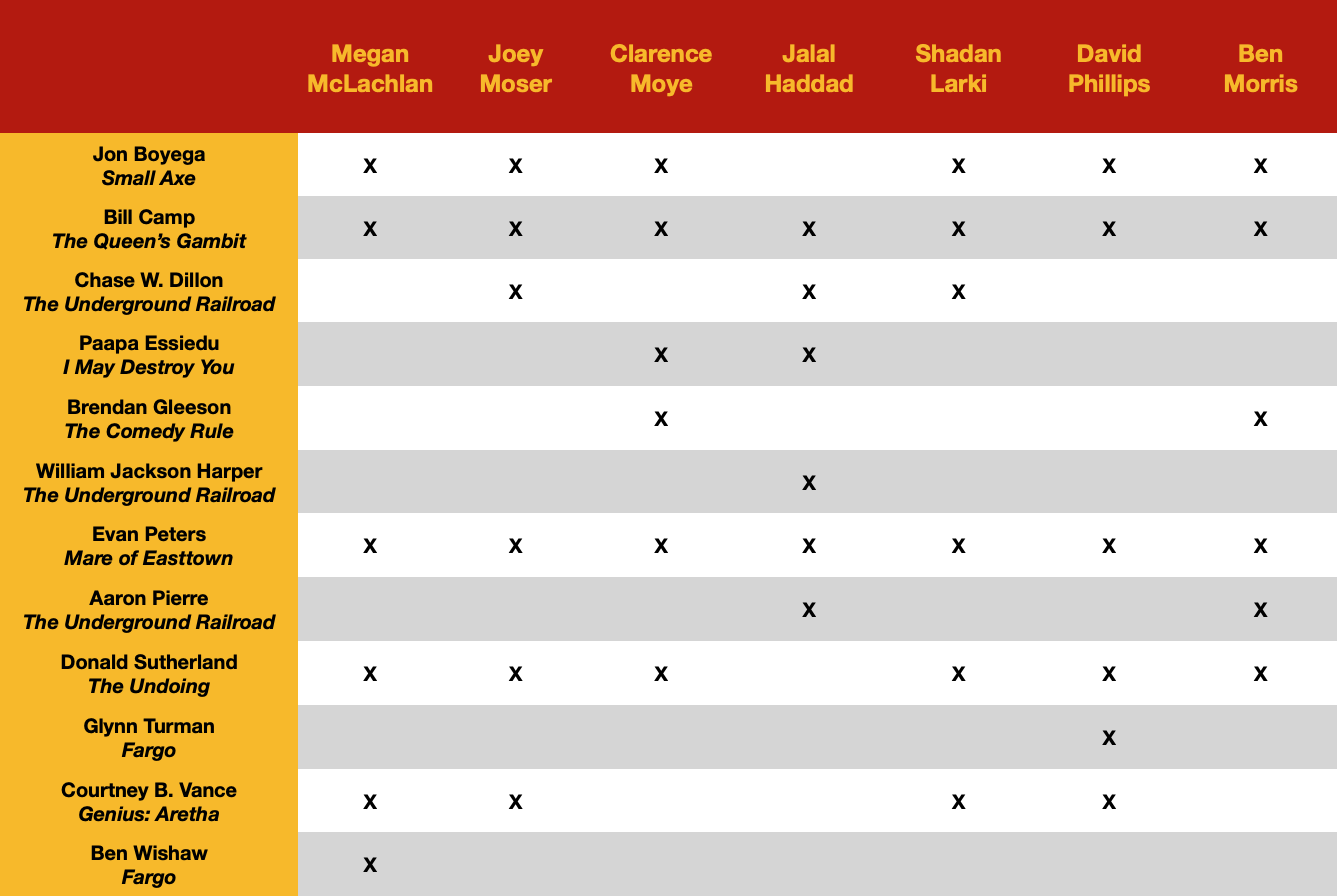 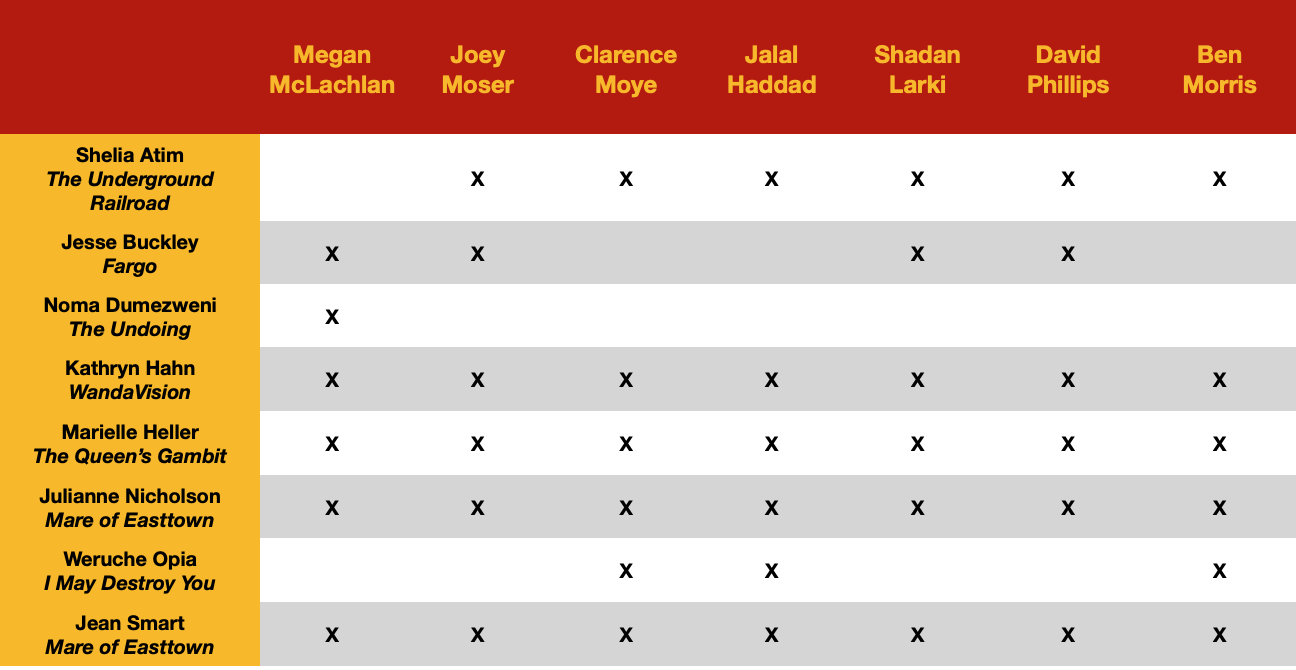 Cannes Dispatch - The Worst Person in the World