Well it isn’t a party until Paul Verhoeven says it is. The 82-year-old Dutch legend returns to the Croisette following his hugely successful, Oscar-nominated ELLE with a dark tale of faith, sex, truth and intrigue that proves yet again it is quite simply impossible for Paul Verhoeven to make an un-entertaining movie. BENEDETTA walks a fine line between farce and high drama, taking on heavy subject matters with a naughty wink, it’s a riot from start to finish.

Set in the 17th century, the film introduces us to the titular heroine when she’s a little girl, being sent to live at a convent in the Italian town of Pescia. Rather untypically for a child, Benedetta shows no fear or sadness to part with her parents. If anything, she looks elated to finally be dedicating herself to her calling – being the bride of Jesus. As she grows into a young woman (played by Virginie Efira), Benedetta’s obsession with marrying the man on the cross gets more and more intense. She has graphic dreams in which those who stand between her and her designated Husband get killed violently.

One day, an abused girl named Bartolomea flees from her tormenter to join the convent and is assigned to the care of Benedetta. A curiosity between the two women quickly turns into attraction and before you know it, they’re getting creative with a handy Virgin Mary statue. MEANWHILE, Benedetta’s fantasy dates with the Savior gets biblical as she she’s found with stigmata wounds suggesting martyrdom. Despite her protests and suspicions, the reigning Reverend Mother (Charlotte Rampling) heading the convent is replaced by Benedetta following the miracle. But the drama only begins when some of the sisters start to question Benedetta’s self-proclaimed gift, the disgraced Reverend Mother seeks the support of church officials for revenge, and a deadly plague threatens to sweep Pescia.

I don’t know why I still go in a Verhoeven thinking it might be trash (the guy who did BASIC INSTINCT and ROBOCOP knows a thing or two about making movies!), but he really does go out of his way to find the most over-the-top material. I mean, a medieval costume drama about lesbian nuns prominently featuring the Virgin Mary as a dildo? How does this NOT become a total parody and just implode under its own silliness? And yet somehow Verhoeven manages to keep the dramatic core of the film intact on top of the brazen tongue-in-cheek humor. The level of control and tonal fine-tuning required is mind-blowing. 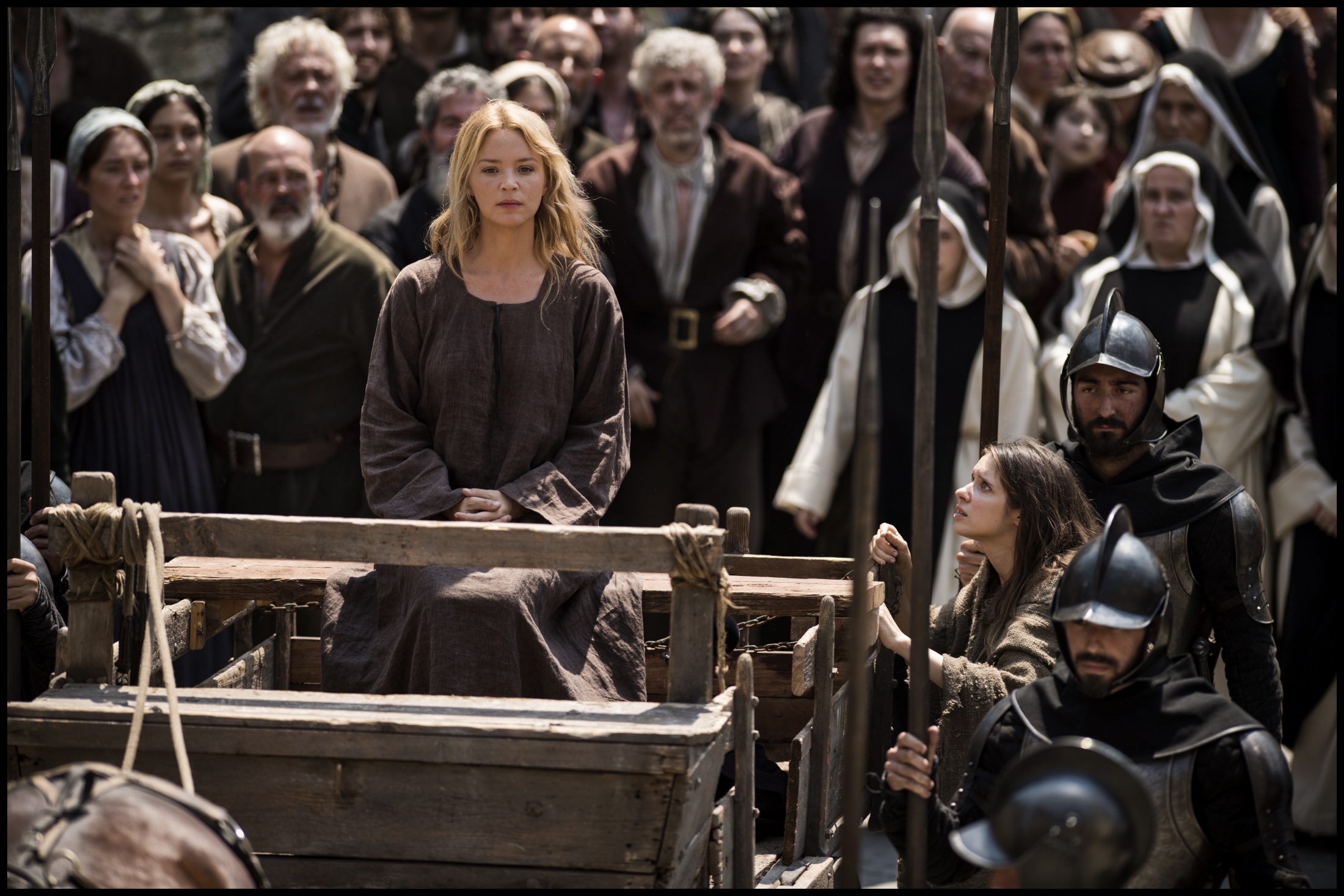 For all its craziness, BENEDETTA is ultimately a film about truth – whether perceived, manipulated or divined. We never learn definitively if Benedetta was indeed miraculously stigmatized or inflicted the wounds herself. A church tribunal with an agenda reaches its conclusion by resorting to inhumane means. Benedetta’s equals and even her lover have their opinions, some of them must pay a terrible price for it. And perhaps most interesting of all is her own view of the matter. Is she really a vessel for divinity and here to protect believers from the plague? Or is she a power-hungry, pathological liar who’s been hatching her plan since childhood? Or is she something in between, someone so caught up in a belief system they can no longer tell what’s in their head?

The film asks compelling questions and keeps you guessing ‘til the very end. Efira does a fantastic job maintaining the protagonist’s inscrutable façade. She’s entirely relaxed in a role that’s exposed in every way, yet you are never quite sure what goes on underneath that serene, supremely assured expression. Rampling is terrific, too. Playing a character that’s ruthlessly scheming, bitter and jealous, she brings conviction, dignity, and never allows the portrayal to get cartoonish. In a late scene where the two nemeses meet for a last exchange, the actresses beautifully communicate the shift in their power dynamics and further feed the mystery with a tantalizingly whispered message. An effective, dramatically charged moment.

I don’t think Paul is coming for the Palme this year (although that would be hilarious), but it’s so wonderful to see a master filmmaker do what he does best. BENEDETTA is ridiculously fun but never feels unserious or less than expertly crafted. Production and costume design are both ace. The editing captures the interchanging comedic and dramatic beats and gives the film its steady pulse. All in all, this is a Verhoeven jam through and through. You laugh at something über-camp one minute and feel compelled to think about the oppression of female sexuality the next. It’s a Non for the faint of heart and the easily offended, but a big fat OUI for everybody else.