In the Summer of 1969, a multi-cultural concert event took place in New York. The festival featured a variety of performers destined to become part of the Rock & Roll Hall of Fame. The gathering was both a time to celebrate the artistry of its era and a means to peacefully protest the atrocities taking place in our country. Man was landing on the moon while black communities were suffering from poverty and children were being sent to die for their country in Vietnam. Sex, drugs, and melodies permeated the air amid a societal revolution.

And while all this can be said for the well-renowned Woodstock Rock Festival, the event I am referring to is the more obscure Harlem Cultural Festival that took place in Mount Morris Park over the course of nine Sundays from June 29 to August 24, 1969. If you are wondering why you might have never heard of a concert that featured headliners like Stevie Wonder, Sly & The Family Stone, The Temptations, Gladys Knight & The Pips, B.B. King, The Isley Brothers, Chuck Jackson, The 5th Dimension, and Nina Simone, then you are not alone. That is exactly what director Ahmir “Questlove” Thompson investigates in his documentary Summer of Soul (Or, When the Revolution Could Not Be Televised). 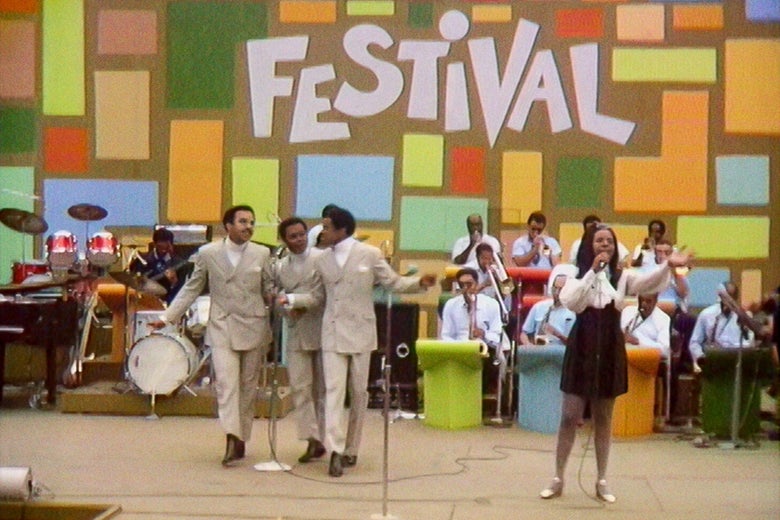 How could such an immense event – spanning half of a summer and drawing in around 300,000 people – fade into obscurity? As the old saying goes, history is written by the victors – or in this case those who have held power over our society. After all, many of us have only recently heard of the Tulsa massacre of 1921 – in which a white mob attacked residents, homes, and businesses in the predominantly Black community known as the Black Wall Street. Is there any real surprise that an historic event like the Harlem Cultural Festival could be swept under the rug for nearly 50 years?

The footage of “Black Woodstock” was shot by producer Hal Tulchin and then stored in a basement, where it sat for about 50 years unpublished, until now. Questlove skillfully sews footage of the concert together with a sequence of interviews with those who were in attendance. The event was more than just a jubilee of music. It was a celebration of Black pride, with inspirational speeches from Reverend Jesse Jackson and a dynamic reading of “To Be Young, Gifted and Black” by Nina Simone, which from my point of view, stole the show.

Summer of Soul is a resonant, vigorous, and illuminating time machine full of emotion and ethnology. You’ll come for the music and stay for the history lesson.

Questlove’s doc debuted at the Sundance Film Festival in January. The movie went on to win both the Audience Award and the Grand Jury Prize for Documentary at the fest. It currently boasts a 99% from critics at Rotten Tomatoes, and an audience score of 98%. Metacritic also posts a must-see score of 96%. Superbly cut and directed, it is the best film I have seen in the first half of 2021, and one I hope to see pop up in the conversation for Oscar’s Best Documentary Feature race.

Summer of Soul (Or, When the Revolution Could Not Be Televised) is distributed by Searchlight Pictures and is now streaming on Hulu.