A headline I’ve dreaded ever since this project was announced finally happened! Originally set to bow at Cannes in 2020, Wes Anderson’s 10th feature premiered one year later on the Croisette today, and – as if anybody should have any doubt about this – it’s a doozy. Witty, nostalgic, exceptionally pretty, THE FRENCH DISPATCH proves the Anderson brand is still among the best of what Hollywood’s original studio filmmaking has to offer. Irrésistible.

The film revolves around the titular magazine founded by an expatriate from Kansas (Bill Murray) and featuring the work of American reporters living in France. Following an obituary announcing the death of the founder/editor, the film unfolds as in print form, divided in different profiles and themes corresponding to the contents of the magazine. The first main story, introduced by a flamboyantly drunk lady (Tilda Swinton), is about an imprisoned artist (Benicio Del Toro), his female guard/muse (Léa Seydoux), and how his fresco masterpiece painted on the walls of his jail in France ended up at a museum in Kansas City. The second story, reported by a sharp feminist writer (Frances McDormand), tracks the student revolution in France headed by an idealistic boy (Timothée Chalamet) and his female opponent (Lyna Khoudri). The last story is recalled by a veteran food journalist (Jeffrey Wright) which somehow details the kidnap of the son of a police commissar (Mathieu Amalric) by a local gangster (Edward Norton).

As one has come to expect, the film is packed to the brim with great actors. In addition to those mentioned above, other A-listers that made an appearance include Saoirse Ronan, Christoph Waltz, Adrien Brody, Willem Dafoe, Elisabeth Moss and many more. It’s not hard to imagine why actors jump at the chance to work with Wes Anderson, as the experience probably feels like playing the most elaborate dress-up and also just who wouldn’t want to be a part of such exquisitely envisioned, impeccably realized worlds found only in his films? You can tell the cast is having a ton of fun, especially Swinton, who always so visibly relishes playing up the idiosyncrasies of Anderson’s creations. And we thank her for that. 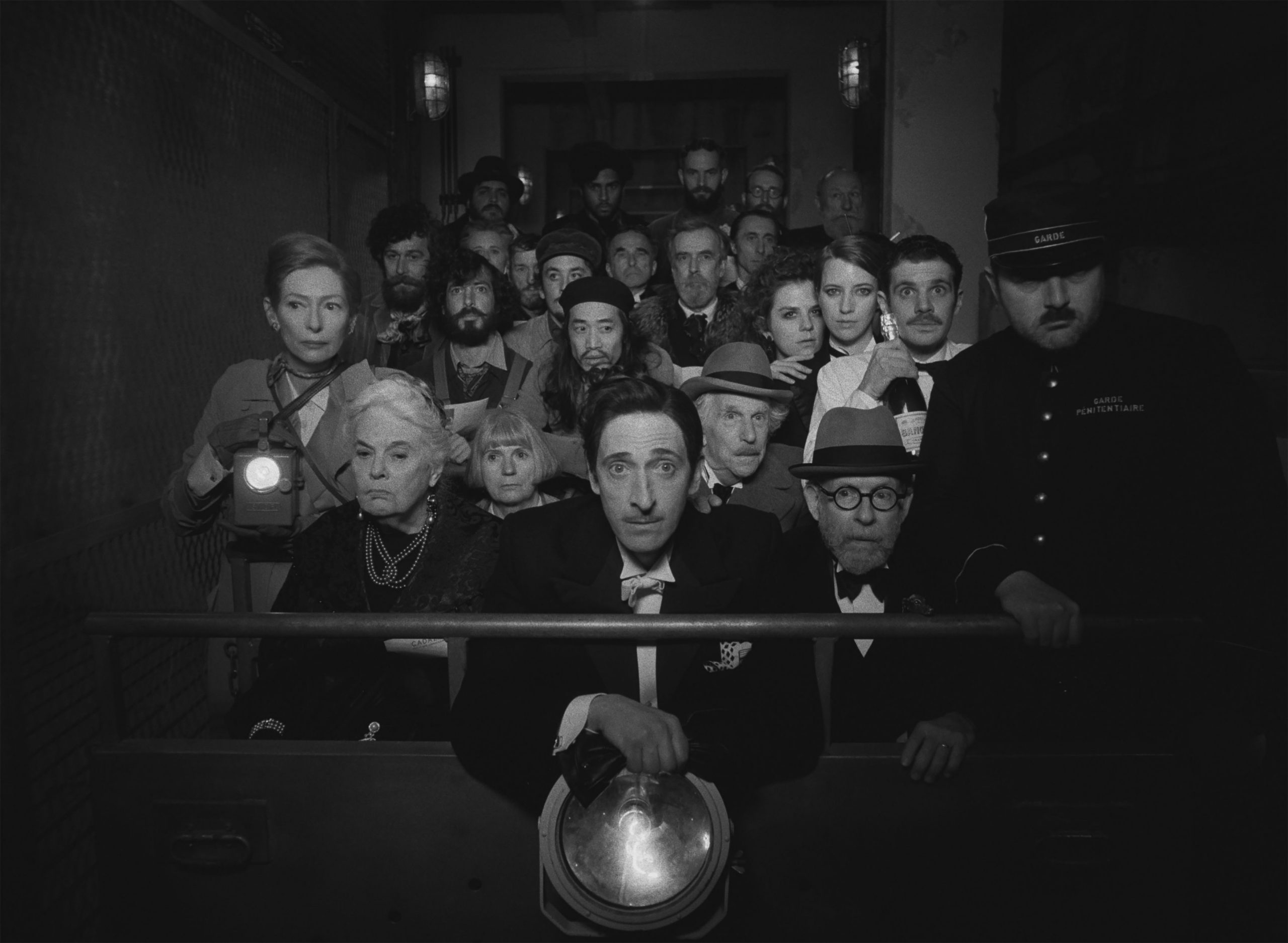 To recreate 20th century France seen through the eyes of American expats, Anderson has recruited his usual group of collaborators. Oscar winner Adam Stockhausen (THE GRAND BUDAPEST HOTEL) is responsible for the production design which looks like a dream. The aged, stonewashed exteriors and the vibrant, symmetrical interiors evoke a storybook romanticism that’s good enough to eat. And the sets are not just eye candy. In certain scenes walls fall away and floors move about to reveal new, surprising backgrounds, further adding to the dizzying impression of being inside one giant dollhouse. The same can be said of the thousands of props and decorations used throughout the film. Every last one of them seems to be purposefully designed, down to the damp little notebook Chalamet has in his hands. These are just optics, yes. But to witness every aspect of an imagined world so vividly brought to life is simply magical.

The cinematography by Robert Yeoman is superb. The film freely switches between color and monochrome without discernable reasons. The b&w footage, especially in the prison and the student riot scenes, has a cool retro air about them like old Truffaut movies. And the rush of colors breathes great fancy into the frames. Speaking of fancy, two-time Oscar winner Alexandre Desplat is back with another fabulous score. Warm, offbeat, whimsically momentous, it’s a symphony of quirks that captures the sweet lightheartedness of the film.

All the chirpiness aside, THE FRENCH DISPATCH is also a lovely nod to journalism and good ol’ print media of yesteryear. And a conversation that Wright’s character shares with the police commissar’s cook at the end of the third story pays homage to the expat way of life and concludes the breezy comedy on an unexpectedly poignant note.

Like print media, Anderson is a rare breed in today’s film industry. So much handiwork goes into creating his films – from the original screenplays to the often astounding amount of practical effects – that they always feel special. It seems kind of crazy to me that he has never won an Oscar or an official prize in Cannes. We shall see if Spike Lee’s jury will change that and give this all-around delightful film a deserved push for the next awards season.

How to Watch Today's Emmys Announcement