Late-fest masterpiece incoming! Palme d’Or winner Apichatpong Weerasethakul (UNCLE BOONMEE WHO CAN RECALL HIS PAST LIVES) returns to the Croisette with MEMORIA, his first feature shot outside of Thailand, and it’s an absolute marvel. Mystical, contemplative, piercingly beautiful, it asks existential questions in such enthralling ways you respond with your whole being.

The (very) sparse plot revolves around Jessica (Tilda Swinton), a European woman traveling in Colombia visiting friends. Jessica can’t sleep, for she keeps getting jolted awake by a loud, mysterious noise. The doctors can’t help her. None of her friends seems to hear it. Together with sound engineer Hernán she’s able to approximate this sound in her head, but still can’t figure out its source. When her journey takes her to the depths of the Amazon jungles, she meets another, older man named Hernán (Elkin Díaz). This encounter of two random humans would go on to unlock histories and emotions that touch us all.

As was the case with Apichatpong’s other films, MEMORIA hovers over a space straddling dream and reality. Here the line is even blurrier given the insomniac heroine. On top of that, we get conflicting information on whether certain people are dead or alive, and two Hernán’s who may or may not be the same person. All this is addressed without much fuss, the way we tend not to mind paradoxes in our dreams and just accept them as they are. Which is one of the things I love so much about Apichatpong’s films. It’s as much a stylistic choice as a philosophy, and it opens up one’s mind.

The other recurring theme of his filmography – afterlife – is also featured here. In the final act, Jessica asks the older Hernán to sleep and he promptly obliges. A five-minute shot follows in which we see him lying face-up in the grass, eyes open with no signs of life. When he eventually stirs awake, Jessica calmly asks what was death like. To which he responds with the same nonchalance: “it’s ok, I just stopped”. The scene not only adds to the overall surrealism of the film, but communicates a serene, undramatic attitude towards life and death that I find wonderfully soothing. 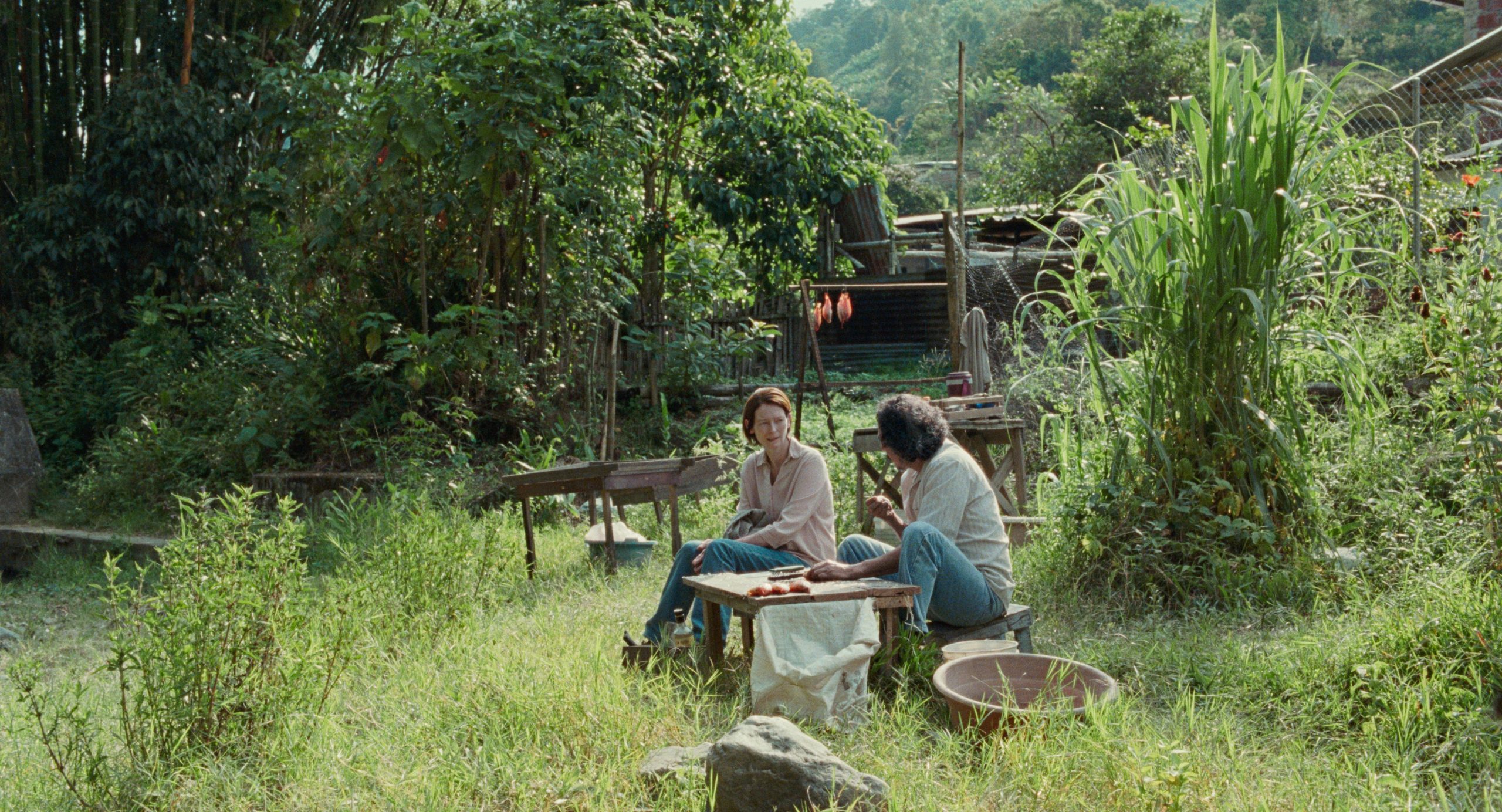 More than anything, MEMORIA is about memories – personal, collective, planetary. Jessica traveling by herself, possibly tracing the friendships and experiences she’s shared with her late husband. Colombia remembering a traumatic past of war and unrest. And those excavation sites Jessica visits yield the oldest memories of all, mementos of lives and loves from the dawn of civilization. When Jessica lays her hand on Hernán towards the end, something fantastical happens and she bursts out crying. Everyone can have their own interpretation as to why. What I got from it is an overwhelming sense of connection, an understanding that we are all haunted by our memories, no matter how different they might be.

A connection is also shared by Thailand and Colombia, two countries on opposite sides of the world yet both scarred by a history of authoritarian regimes. This probably prompted Apichatpong to make the movie in south America in the first place, and it contributes to a deep sense of purpose to be found even in the most abstract, enigmatic scenes.

Of those MEMORIA has plenty. Apichatpong, as always, does not structure the movie along a neatly defined narrative. Instead, it’s very impressionistically composed, cutting from one shot to the next often without apparent reason. And he lets scenes run long, observing a face or landscape with zenist concentration that might test some viewers’ patience. These are fair warnings to those who prefer their movies explained or need to see something “happen” in every scene. It really doesn’t have to be that way, though. Free your minds, guys! If I’ve learned one thing from attending these film festivals, it’s that stories can be told in SO MANY different ways. They can be as loud and explicit as TITANE or AHED’S KNEE, as densely, meticulously written as DRIVE MY CAR or THE WORST PERSON IN THE WORLD, or they can be as quiet, implicit and nonverbal as MEMORIA, and still hit you hard.

Honestly, when you have an endlessly watchable performer like Swinton and the enormously talented DP Sayombhu Mukdeeprom (CALL ME BY YOUR NAME) in front of and behind the camera, pondering the image they create would just be a joy. There’s a lushness and poetry to the Amazonian jungles shot by Mukdeeprom that invites you to consider their every detail. And Swinton can’t help but intrigue with her otherworldly striking face. In one scene she simply looks on as a group of musicians perform a lively tune. Her facial muscles are so still and unmoving she doesn’t appear to be doing anything, and yet one feels compelled to read and decipher that fascinating non-expression all the same.

Even with a hugely eclectic competition slate, MEMORIA stands out by a mile. It’s entirely its own thing and shimmers with grace and wisdom top to bottom. I’m a little worried about its award chances this weekend, because it feels like a love-it-or-hate-it kind of film. But let’s not get ahead of ourselves. Tomorrow I will see the last four competition films – there does seem to be an endless supply of them this year – and report back with predictions.