I happened to catch a tweet yesterday wherein someone – I can’t remember who – brought up Lady Gaga as a possible Best Actress contender and that she will be a “fan favorite” judging by a photo Lady Gaga posted to her Instagram (reposted at Indiewire): 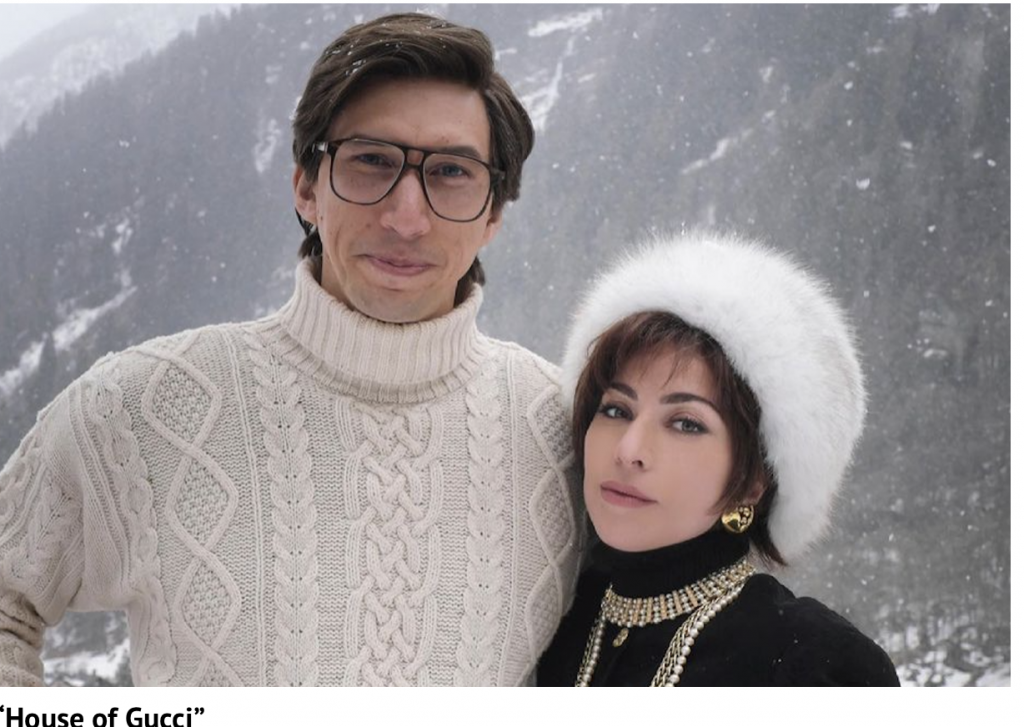 You can find more info about the film, and more stills, over at Indiewire.

But it got me thinking, what exactly does “fan favorite” actually mean? Does that mean the Oscars or the Screen Actors Guild will care? I don’t think so. But Twitter will come into play in the Best Actress race, of this we can be certain. Last year, for instance, war broke out between the Carey Mulligan fans and the Viola Davis fans. In the end, Twitter would be rendered moot when Francs McDormand won.

Twitter will impact the Oscar race this year the same way it impacts everything else. It might not have the power to drive home a Best Actress win, but it can still mess with careers, force apologies, get people fired and derail potential contenders, not to mention canceling the Golden Globes.

There was some hope that once Trump was out of office and Biden took power that some of what is driving what we call “cancel culture” would die down. But strangely enough, that hasn’t happened. So we have to be aware of what is coming. The Oscar voters, and industry voters overall, can and should push back against the ongoing “persecution and purge” disguised as “consequence culture.” It has created a climate of fear and one in which great art cannot and will not flourish.

So let’s take a look around the web and see where people are for Best Actress, starting with Variety’s Clayton Davis:

It is interesting to see where the two are taking the race, what they’re basing it on and who they believe will become the eventual nominees.

Right off the bat, at least where Twitter is concerned, if your eventual list has Lady Gaga AND Kristen Stewart in it sparks are going to fly in a major way. Probably no one else online, save Meryl Streep, has as big of a fandom as either of these two. Stewart’s fans are particularly active online — and I must say, probably my favorite fandom. They are never mean. They are always decent. She would be proud to know that, I would imagine.

However, it is so early it is impossible to tell. Last time we visited Best Actress we talked about the “Oscar story” and the various ways that could go. Last year, the Oscar story didn’t matter as much online but rather how industry voters were seeing the nominees. While most of us online, and many of the early awards, weren’t focusing on Frances McDormand. But it would turn out that those who really liked Nomadland would credit McDormand along with the movie.  As a friend told me, she IS the movie so if they like the movie they’re going to like her. But it would still be strange that a Best Actress won without either the Globe or the SAG award.

I still think the Academy is going to want to break the Halle Berry stat and bring home only the second Black winner since Berry won in 2001, twenty years ago. The best way for that to happen is for there to be only one Black nominee rather than two. With two, there will be vote splitting if they are looking to make history. Yes, I know people will say it shouldn’t matter how many contenders there are – but it DOES matter, Blanche. It DOES. It matters because some voters won’t be voting on whether they like the performance the best, they will be voting to break the shut out of Black actresses in the Best Actress race. Someday it won’t be true, but as of today, it is still true.

At the moment, this is the one “Oscar story” that will still stand.

For Frances McDormand she obviously had all three. It is too soon to know whether these performances will stack up but many of them give us something sight unseen, and that’s “likability of role” because we know their real-life selves:

Of course, not all of these real life people were “likeable,” but you have to figure it will help Stewart how much people love Lady Di, and De Armas, considering how much people still love Marilyn, and of course, most beloved of all, Aretha Franklin, who has the benefit of how much people also love her singing and the songs she sings. That is why she remains at the top of my list.

Here is a rough estimate of how I see it going down (based on nothing but a hunch):

That is where we are in mid-July, my friends. Not much to report, but for what it’s worth. What are your top ten names?

Cannes Dispatch - Will Win / Should Win