The producing team talks to Awards Daily about inspirations for the box office hit and about that lavish Disneyland premiere.

by Clarence Moye
in featured, Interviews
0

Jungle Cruise, Disney’s latest park attraction turned action film, held its world premiere on July 24 at the Disneyland resort. The location made for a perfect evening as the cast, crew, and guests walked in the same locations as Walt Disney himself would have walked. It lent the proceedings an aura of unmistakable nostalgia, not only for the historic park but also for the kind of event Hollywood hasn’t seen since well before the COVID-19 pandemic struck.

Disneyland also houses the very first incarnation of the inconic ride, which greeted guests when the park opened in 1955.

To Jungle Cruise producers John Davis and John Fox, the evening made for a beautifully perfect spectacle, the kind that only Disney can pull off. It helped launch the film that would eventually become a worldwide box office hit, a challenging feat considering both the growing COVID-19 pandemic and the film’s availability at home on the Disney+ streaming network. 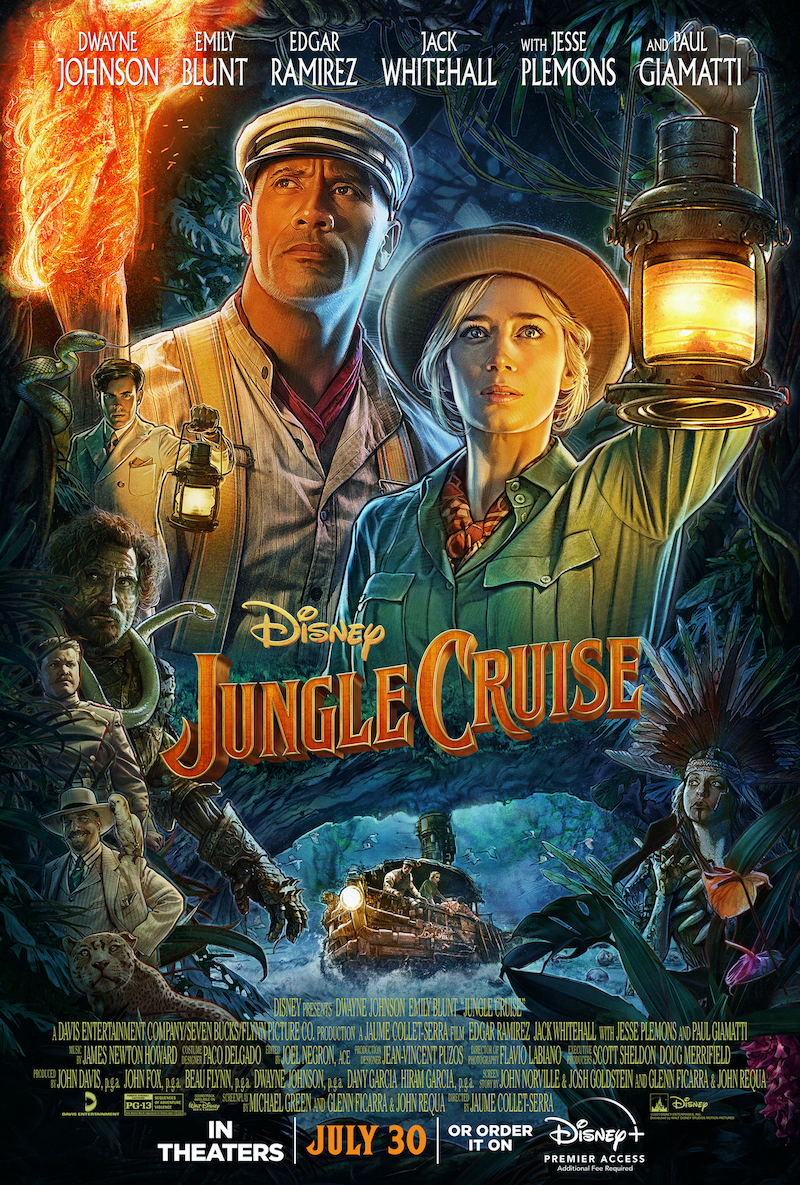 “It was fantastic. You wait your entire life to have your premiere in Disneyland. It was big. It was epic. There were 1,700 people. They built an outdoor theater,” Davis gushed. “We had the park to ourselves afterwards. There’s no higher level of excitement for a movie producer than having that park for your premiere. It was epic.”

Jealous? I certainly am.

Jungle Cruise didn’t come without its challenges, even before the eventual postponement and multi-platform launch due to the pandemic. The project kicked around Disney for over a decade until Davis and Fox took over in 2015, bringing none other than Dwayne “The Rock” Johnson along for the ride. They envisioned the film as a 4-quadrant family film that would serve as a throwback to some of the greatest action adventures in film history. The film shares the undeniable DNA of those that came before it: The African Queen, Raiders of the Lost Ark, Romancing the Stone, and Disney’s own Pirates of the Caribbean.

To find that inspiration while remaining faithful to the original ride, Davis, Fox, and Johnson were granted access to a kind of Holy Grail location for all things Disney.

To hear them describe it brought chills.

“We were taken into this vault. This vault has all of Walt Disney’s original concepts and drawings and thoughts about the park and about this ride. It was this amazing experience,” described Davis, who remembers visiting the ride as a child after Disneyland opened. “We took a lot of drawings with us. We stuffed them in our back pocket, and we have them in our houses.”

He’s joking, of course. At least I think he’s joking…

“What we actually took away was a reverence for Walt’s vision for the ride. I very much felt this obligation to honor what Walt created. That’s the fine line when developing the movie,” Fox explained. “You very much want to honor not only the ride itself but also modernize and build out the story. You make it cinematic. I definitely walked away feeling we have to do right by Walt. We can’t screw this up.”

Davis and Fox explained how their vision for the film, coupled with that of Johnson and director Jaume Collet-Serra, helped modernize the very ride that inspired the film. Before the film premiered, Disney removed several elements of the ride that would be deemed culturally insensitive today.

One of the major updates in the Jungle Cruise film is to center the story on a female protagonist, played by Emily Blunt. Blunt’s Dr. Lily Houghton comes across as a female Indiana Jones, unafraid to overcome hundreds of a deadly obstacles. As Johnson’s Skipper Frank says early in the film about the Amazon, “Everything you see wants to kill you — and can.” But Blunt’s Lily emerges as a swashbuckling heroine and turns the male-centered narrative on its head.

It’s a fresh and exciting take on traditional norms that audiences welcomed.

“In many ways, she’s the alpha. She’s definitely driving the story, and we liked the energy of Dwayne being on his heels at times. He’s perfectly perplexed by this by this woman and her strong behavior,” Fox enthused. “I think that’s a great character arc for him to eventually come around to seeing her as an equal. Somebody who can lead.”

Jungle Cruise is in theaters now and available on Disney+ with Premier Access.

Bill Maher vs. The Oscars