by Clarence Moye
in Trailers
20

Fran Kranz’s Mass released its official trailer today ahead of its October 8 premiere. Mass details the meeting between two families whose lives have been destroyed by a school shooting. It’s a difficult watch, yes, but it’s ultimately an incredibly rewarding experience. When the film screened at this year’s Sundance Film Festival, audiences immediately buzzed about the powerhouse, awards-worthy performances from its cast – Ann Dowd, Martha Plimpton, Jason Isaacs, and Reed Birney. Each actor, in my opinion, gives the performance of their career, and it’s a joy to watch such a brilliant display of the power of acting.

Mass opens in theaters on October 8. 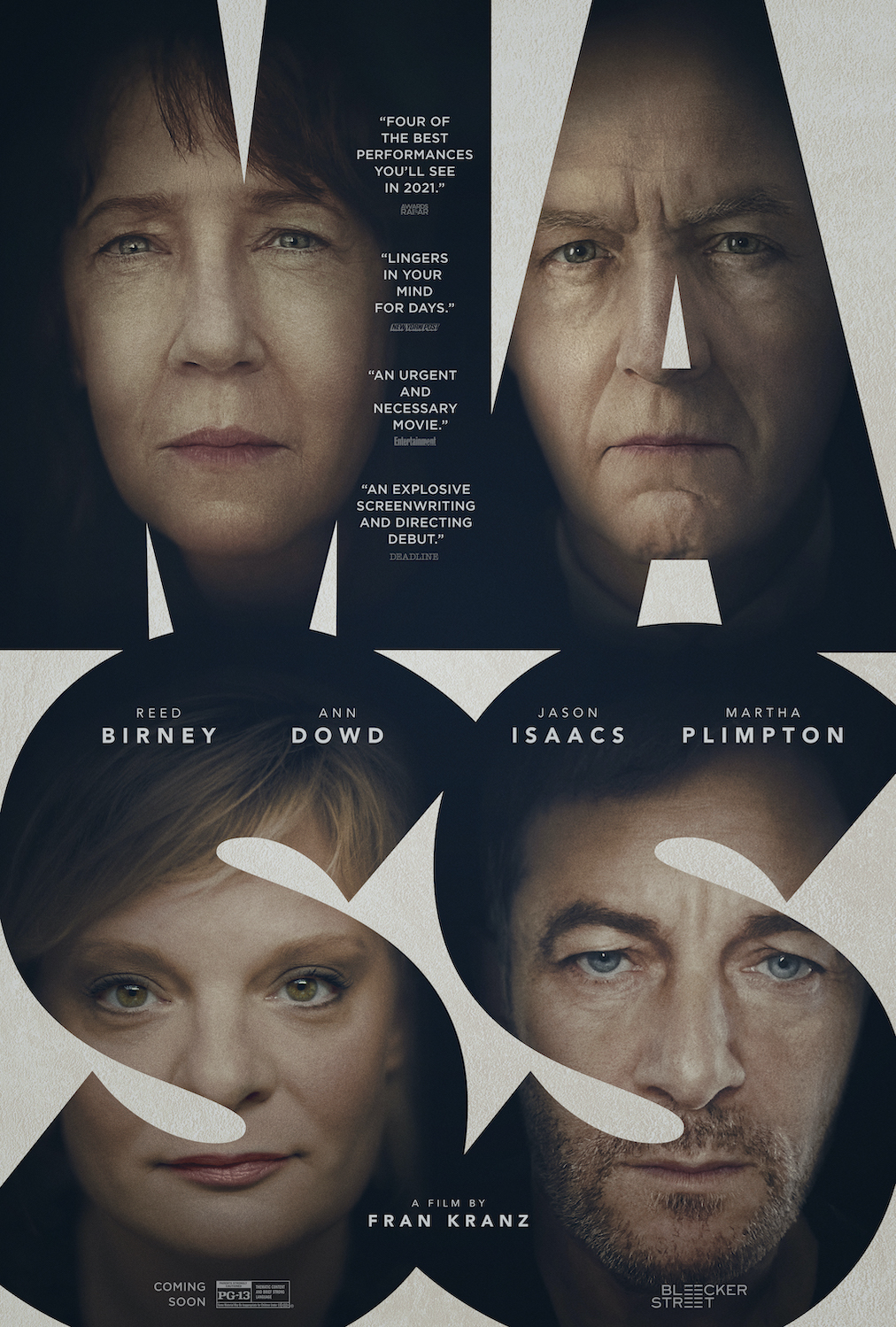