Two of the most anticipated titles of the 78th Venice Film Festival made their world premiere today on the Lido. While I think they are made for very different audiences, each film succeeds on its own terms and presents an unmistakable vision of its maker.

First up is Chilean director Pablo Larraín’s Lady Di drama SPENCER. Set over a Christmas holiday in the 90’s, the film follows Diana (born Spencer, played by Kristen Stewart) as she struggles to fit in the Royal Family and find happiness in a world where she doesn’t belong. What people should know about the film is that, although its subject matter is one of the most famous people that ever lived, this is not your typical biopic at all. We are not going through milestone events in Diana’s life or getting any kind of reenactment that aims at historical accuracy. Instead, the film is composed of private conversations, anecdotes, fantasies, flashbacks that most likely did not take place but add up to a hypnotic collage of impressions that brings you closer to a very special person.

As aptly described by its opening title card, SPENCER is best understood as a “fable from a true tragedy”. One should ignore questions of “How could this happen?” or “They couldn’t have known that about her” from the start and just be swept away by this jazzy interpretation of someone we all think we know. It may take some getting used to – the scene where the Princess tears off her necklace at dinner and eats up the big fat pearls one by one comes to mind – but once you’ve settled into the film’s singular groove, it’s liberating and rewarding in a way formal biopics never are. This is the genius and audacity of Larraín, who already played with the rules of the genre in JACKIE and now tries to completely deconstruct it and freestyles.

He is aided in this endeavor by DP Claire Mathon (who also shot PORTRAIT OF A LADY ON FIRE and PETITE MAMAN and is a name you should remember), whose photography is so softly dreamy every frame feels somewhat surreal, and composer Jonny Greenwood (who also scored, yes, THE POWER OF THE DOG), whose fanciful, jazz-fueled score adds to the unpredictability of the narrative. There’s a montage towards the end of the film where Diana decides to finally break free. We see her dance to the most romantic music across gardens and hallways, ballrooms and open streets. It’s completely unrealistic but conveys the essence of someone with such eloquence and love you feel your heart break a little.

Stewart is great as Diana – not necessarily in the traditional biopic kind of way but how she portrays the suffocation and the thirst for freedom. I think she looks nothing like her and I’ll leave it to the accent police to decide whether she sounds the right amount of posh. But this movie isn’t about any of that. She understood the assignment and delivered a lively, heartfelt performance that transcends mere mimicry. Of the supporting actors, Sally Hawkins stands out as Diana’s only friend among the royal staff. The truthfulness of her words in a late, emotionally baring scene is very affecting and probably expresses what many of us feel about Diana. 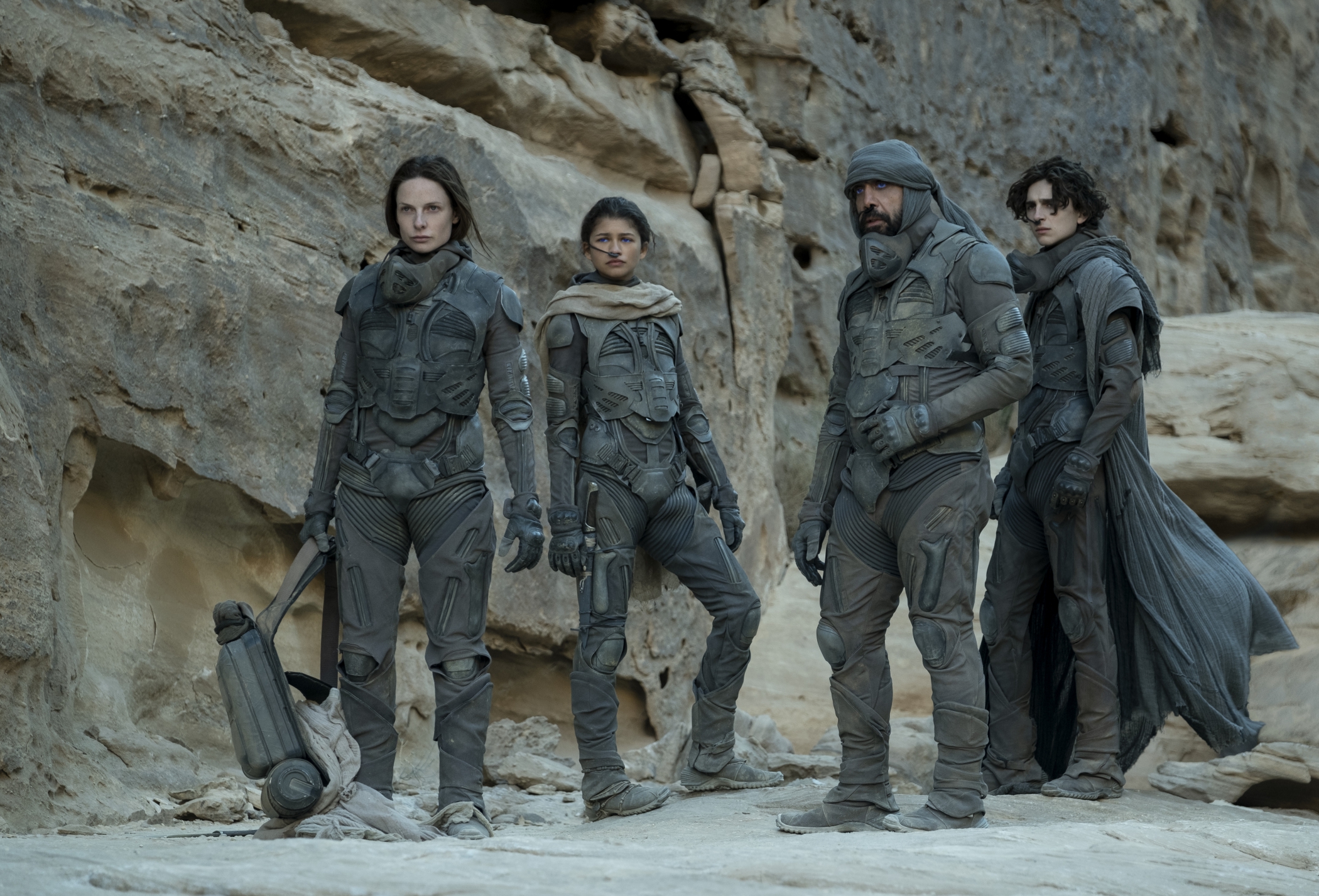 The experimental, impressionistic nature of SPENCER contrasts starkly with the latest screen adaptation of DUNE, a massive sci-fi extravaganza that has the task of visually translating Frank Herbert’s epic novel and making it fun and entertaining. Well, Canadian director Denis Villeneuve did just that.

Filmmaking for the masses is not easy. Just ask David Lynch, whose version of DUNE (1984) was poorly received and bombed at the box office. As far as I can tell, they haven’t changed the plot much. At the center is still the House Atreides from the planet Caladan which is entrusted by the interstellar Emperor to take over the desert planet Arrakis and protect the “spice”, the most precious material in the universe that’s only harvested there. The kind leader of the Atreides, Duke Leto Atreides (Oscar Isaac), vows to join forces with the indigenous people of Arrakis called Fremen, who have been tyrannized under the foreign rule of the House Harkonnen. But when the Atreides arrive on Arrakis, they realize perils await in the form of giant sand worms, a planned comeback of the Harkonnens and the Emperor’s diabolical calculations.

I’m not a sci-fi guy and often get frustrated by the dozens of planets, tribes, peoples, elements thrown in the mix. Which is why I consider it a feat in and of itself that Villeneuve managed to tell this vast, complicated space saga with such clarity and fluency. I probably still missed how the heir of this House from that planet got this particular superpower from that witch with the unpronounceable name, but overall the plot is smartly laid out and the conflicts distinctly presented. Before you know it, you’re fully on board ready for interstellar warfare.

Technical aspects of this film are top-notch all around. Cinematographer Greig Fraser and production designer Patrice Vermette capture not only the scale but also the doomed beauty of Herbert’s imagination. Bob Morgan and Jacqueline West’s costumes for the countless tribes and species are quite literally out of this world. Especially loving the updates made to the veiled get-up of the Reverend Mother (Charlotte Rampling) and the ghostly robes of Lord Baron (Stellan Skarsgård). Hans Zimmer did the most Hans Zimmer score (with emphatic touches of ethnic music) but it works beautifully. And the entire sound department deserves recognition for the design of an intricate, all-encompassing soundscape.

I also think Timothée Chalamet is a better, more compelling Paul Atreides than Kyle MacLachlan thanks to the regal composure and princely charm. Rebecca Ferguson impresses too as Lady Jessica with the fierceness she brings to the character.

The film loses a bit of momentum in the last half-hour when it’s laying the groundwork for an eventual sequel. Otherwise the whole thing flies by at a clipped pace. Honestly? Kudos to Warner Brothers for supporting this kind of epic auteur filmmaking that is not a commercial safe bet anymore. Treat yourself and see this one on the biggest screen possible.