Recapping the First Two Days of the Telluride Film Festival

Returning to Telluride has been everything I had hoped for so far. It’s been great catching up with old friends and meeting new ones. While it takes a short while to adapt to the mile-high air, the astonishing mountain scenery never fails to dazzle. To say this place was a sight for sore eyes is an egregious understatement.

As with every year, the Telluride programmers have loaded us up with too many outstanding films on their slate – a problem we are always happy to have here. Considering all the obstacles they had to overcome to make this event happen, I can’t say enough how appreciative I am to the showrunners and staff that continue to make this the greatest film festival on the planet.

Each year, the festival opens with a Patron Screening that is kept a secret until the last moment. Recent films to hold that honor include He Named Me Malala, La La Land, and Ford v. Ferrari. This year, the fest chose Michael Pearce’s Encounter to kick things off. The film stars Riz Ahmed as a troubled father trying to protect his sons from an alien incursion. Pearce was drawn to the family dynamic of the story, especially the role of the imperfect father – something that has been quite the trend these first couple of days at Telluride.

To no surprise, Ahmed delivers a sensational performance. On the heels of his Oscar-nominated role in Sound of Metal, the British-Pakistani actor is quickly becoming one of the finest actors in the business. Pearce paces the film well enough, though at times the script comes up a tad uneven and feels a bit manufactured as it moves along. Ahmed is the big reason to seek Encounter out, which has one of the more memorable final scenes of the year.

Ahmed was scheduled to receive one of the three tributes this year (the other two being Peter Dinklage and Jane Campion). Unfortunately for us, there were last minute complications that kept Ahmed from attending. Peter Dinklage, however, was here for the world premiere of his new film, Cyrano.

Following Dinklage’s tribute, Joe Wright came out to introduce his marvelous feature that he somehow was able to make during the pandemic. What followed was pure magic. A retelling of the classic tale, Dinklage stars in the titular role, while Ohio native Haley Bennett plays the alluring 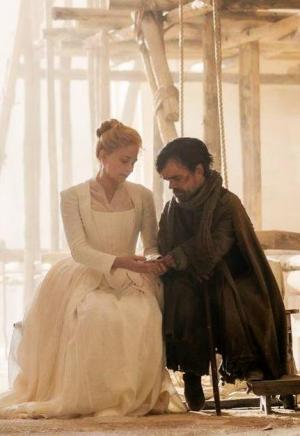 Roxanne. The love triangle is completed with Kelvin Harrison Jr. as Christian.

Flush with lavish set designs and exuberant costumes, Cyrano is an absolute crowd-pleaser that will make for an attractive Christmas Day release. Dinklage is amazing – it’s a Best Actor-winning level performance – and Bennett continues to impress the hell out of me with each role she takes on (see her in last year’s The Devil All the Time if you have not already). I dare you not to fall in love with Cyrano.

On day two, we started off with the film that will likely be the best of the festival – Kenneth Branagh’s nostalgic passion project, Belfast. Shot in austere black and white, the film retells a year in the life of Branagh’s childhood. Fraught with traumatic rioting that plagued Ireland in the late 60s-80s, Branagh’s family lived in a Protestant/Catholic mixed neighborhood and were subject to violence as a result.

Newcomer Jude Hill exquisitely captures the essence of a 9-year-old Branagh in this coming-of-age story. What Branagh was able to get out of this young man is something remarkable. He is charmingly hilarious and affecting and is the heart of the film. The rest of the cast provides you a sure-fire SAG Ensemble contender with Jamie Dornan and Caitriona Balfe as Branagh’s doting parents and Judi Dench and Ciaran Hinds as the beloved grandparents. While Balfe’s performance is likely the best-in-show, I have long been a fan of Hinds and would love to see the veteran actor receive awards recognition. His role and performance seem the type that would garner attention from awards’ bodies. He is both comic relief and a wise patriarch for his family. Dornan was impressive as the agitated father trying to provide for his family while keeping them safe in this tumultuous era – despite the former making the latter a complicated mess for the family. 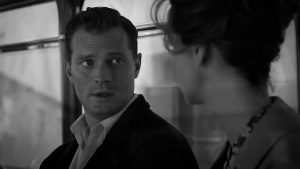 Hysterical, joyful, and full of love of country, Belfast is a soaring cinematic achievement. Evoking the spirits of Cinema Paradiso and Roma, this is Kenneth Branagh’s career-best work. It is clear that his entire heart is in this film. I was overcome with emotion throughout the film – his astute script moving me from laughter to tears consistently. Belfast is bravura filmmaking and a triumph not to be missed.

It is always hard to move from a movie like Belfast to whatever is up next. That is one of the (very) minor complaints I have about film festivals. There just isn’t enough time to let a film simmer before moving on to the next one.

Take this into consideration when I come off a bit lukewarm in my reaction to King Richard. Will Smith will certainly be a strong Oscar contender for his portrayal as Richard Williams, the stubborn-but-dedicated father to tennis legends Venus and Serena. The girls are played wonderfully by Saniyya Sidney and Demi Singleton, and Aunjanue Ellis is the anchor of the film playing their mother, Brandi. 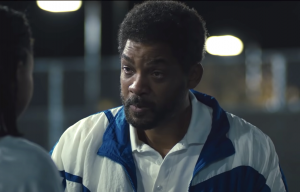 Ahmed, Dornan and Smith are similarly outstanding as they play three fathers who – despite their shortcomings – do their best to protect and love their children. King Richard is a big-hearted film that, in an ordinary year, would clean up at the box office. It’s a feel-good movie, reminiscent of The Blind Side. Smith has a good shot of following in Sandra Bullock’s shoes come Oscar time, and the film could easily crack the Best Picture lineup as well.

I finished the day with Sean Baker’s Red Rocket. The director of The Florida Project once again delivers a sordid and granular film. Like the rest of his work, Red Rocket does an excellent job depicting an authentic slice of life in a dead-end, destitute town full of amusing characters. While the subject matter feels a bit icky, there is something about the film that I gravitated to – perhaps the fly-on-the-wall approach is just something that fascinates me. Simon Rex gives a first-class performance in the film, though I am not quite sure this will be something the Academy eats up (subject matter; full frontal nudity).

The first two days provided quite a return to our beloved Telluride. And while I have enjoyed every film I have seen so far to varying degrees, I just can’t seem to shake the emotion of Belfast. The film just won’t leave my mind. I look forward to talking more about the dynamics of this film and more throughout the year.