And the healing has begun

It’s not easy finding universal stories now. Our specific preferences are catered to across the board, from music to politics to news to reality, and yes, to movies. We build fandoms and exist separate from one another, even if, by design, movies were meant to put us all together in one room to react to the vision of storytellers who have an hour and a half or so to tell us everything we need to know.

But some films make that really easy because they tell them effortlessly. Wisdom is not something you are born with. It is something you acquire through a lifetime of lessons. Good lessons. Bad lessons. Kenneth Branagh has had them all. But it wasn’t until lockdown and everything that came with 2020 – a transformative year for almost everyone – that he finally decided to start at the beginning. Now, he was remembering the last time his family had been on lockdown and why. That story finally came knocking loud enough that he could no longer ignore it.

That knocking turned into Belfast, the best film of the Telluride so far.

Belfast is a love letter to a place, a place Branagh celebrates in vibrant color in the first frames with the music of none other than Belfast’s own son, Van Morrison. Now, those of us whose entire lives have been inspired by Van the Man are a goner from Second One. Are you kidding me? Crawling out of the era of darkness, amid paranoia, suspicion, mass hysteria, the horrors of war, a near-civil war, and here I was in the mountains of Telluride watching a movie that is anchored by Van Morrison music? How did I ever get this lucky?

Branagh very much called on Van Morrison for inspiration, as he utilizes the same mixture of lightness, sensuality, and deep emotion that Morrison evokes in his music. Van Morrison, of the Irish heart and the Belfast spirit who now must tangle and wrestle with a political movement that might decide what he personally believes is worthy of condemnation. But it doesn’t really matter. They can’t touch the art.

Belfast is the work of a writer and director who not only has the material well in hand but has found his voice in a way we’ve never seen before in his work. Maybe it took a lifetime for him to get here, but gotten here he has. Within the first five minutes, as the highly saturated brightness of full color desaturates and becomes moody black and white, we are dropped into the life of a young boy making his way on the war-torn streets of Belfast, his family’s home.

Jude Hill plays Buddy, the towheaded Branagh, a good kid with a bit of a quirk who is just figuring things out for the first time. So many necessary lessons are given to him in this early part of his life. Caring about this film means caring about him, and if you do, Belfast is a movie for you. And that is where the universality comes in. We’ve all been that young. We’ve all had lessons given to us in similar ways. Good lessons. Bad lessons. We remember the dizzying sensation of first love or those who tempted us to the dark side.

All around Buddy are the adults who would shape how he saw the world. His grandparents, played perfectly and brilliantly by Judi Dench and Ciarán Hinds, his distant, stoic father, played by Jamie Dornan. But the most important person in his life is clearly his mother as portrayed by the exceptional Caitriona Balfe. Buddy is blessed with two parents who love each other, two grandparents who love each other living in a place that they never want to leave.

The story takes place during one of the most violent eras in Belfast’s history, where rising division and rage took the form of two opposing tribes – the Catholics and the Protestants (a war as old as time). But it was bad. People were dying. Bombs were going off. There were only three choices. Join in the (pointless) fighting, cower in fear on continual lockdown, or leave.

The main conflict in the film is about whether to abandon Belfast in hopes of building a better future for Buddy and his brother, or whether to stick it out. I won’t spoil that ending, but just to say that Branagh makes the point that “home” is a state of mind. Belfast is a place that goes with you wherever you go. Where we come from shapes who we are. There is no getting rid of that.

Despite it taking place decades ago, the events in Belfast feel very timely, as we have never been as divided in this country as we are now except during the Civil War. Belfast digs into this hatred and division beautifully, effortlessly. It is one of the good lessons Buddy has to learn. That people are not defined by their religious beliefs. They are defined by their character, which is separate from what they believe.

Belfast is a film that gives more than it takes. It requires nothing of you except to let this glorious story and its wonderful characters wash over you. The truth is I did not want the film to end. I wanted to live in this world as long as possible, with a writer and director who knows exactly what he’s doing with every word, every shift in tone, every gesture, and every frame.

After the film’s sustained applause and Kenneth Branagh took to the stage, the audience stood up, as they usually do. But what was so surprising was how they stood up again at the end. Two standing ovations for the film and for Branagh, whose interview was almost as good as the movie.

Branagh was making us laugh throughout the Q&A. So when it turned serious, I had been jotting down a note on my phone – I heard him make a kind of funny noise and I laughed. Stupidly. The whole theater had gone silent. Branagh had reached a point where he was getting choked up. And while I felt embarrassed I had misread the moment I thought it was something Buddy would have done. So I guess it wasn’t so bad.

What made him tear up was the memory of Belfast, and specifically how Van Morrison’s singing has the spirit of the place in it. That was why, he said, it was so important to use the music. He closed the film with my own personal favorite Van Morrison song, The Healing Has Begun. Branagh did on film what that song expresses so well. Out of pain, violence, and trauma – there is healing, there is celebration, there is bringing back to life those things that make us wondrous creatures. Love, lust, life. It is all there in every frame of Belfast and in every note of that song.

Here’s to you, Kenneth Branagh, and this great great film you have made. Thank you for making it. It is a gift to those of us left so wrecked by such a hard year. It is a triumph of exceptional writing and directing. Of cinematography and acting. It isn’t a film you could have made at 20. Maybe not even at 40. But now, 21 years into the millennium, the time was exactly right.

And listen, listen, listen, here’s to you, Van Morrison, you King of Kings. I don’t care what you believe or what “religion” you choose. To me, it’s all about the music. If Twitter wants to come for you, I’m coming for them. It is our albatross that we are living through times of petty tyrants. Your songs, your music – they have moved so many for so many years you have earned you your place in the pantheon. Any honest person knows that. If they don’t, it’s high time they learned.

Our own lives have lessons in them. Good lessons. Bad lessons. Each of them must be processed and then passed on to the generations who follow us. That has been true as long as humans have been. Every so often, those stories are put in the hands of geniuses. We look to them to help us through the worst. Then we look to them to rescue us. It is a heavy burden to carry. Some are good at it. Some aren’t. Branagh has given us great movies and not so great movies.  With Belfast, he had made his masterpiece. 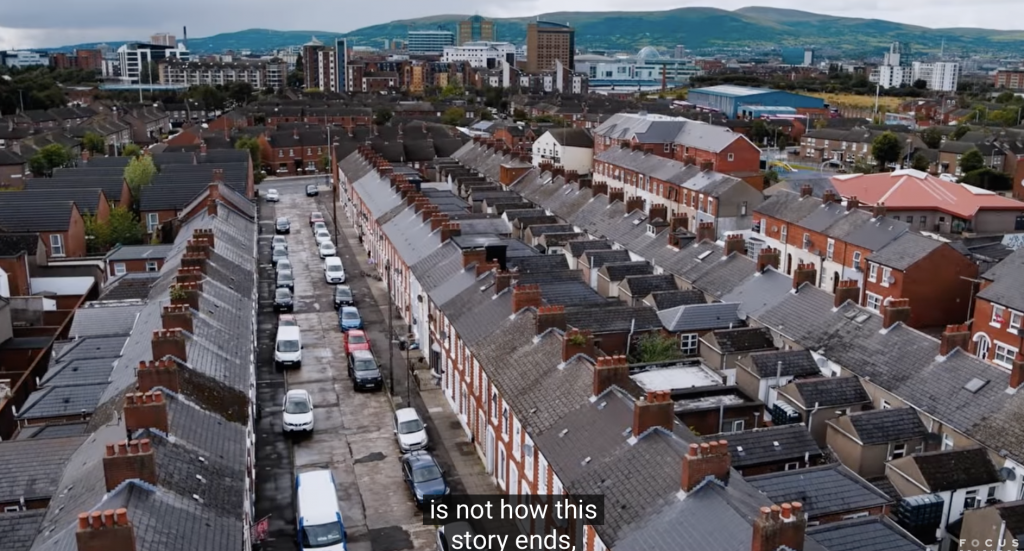 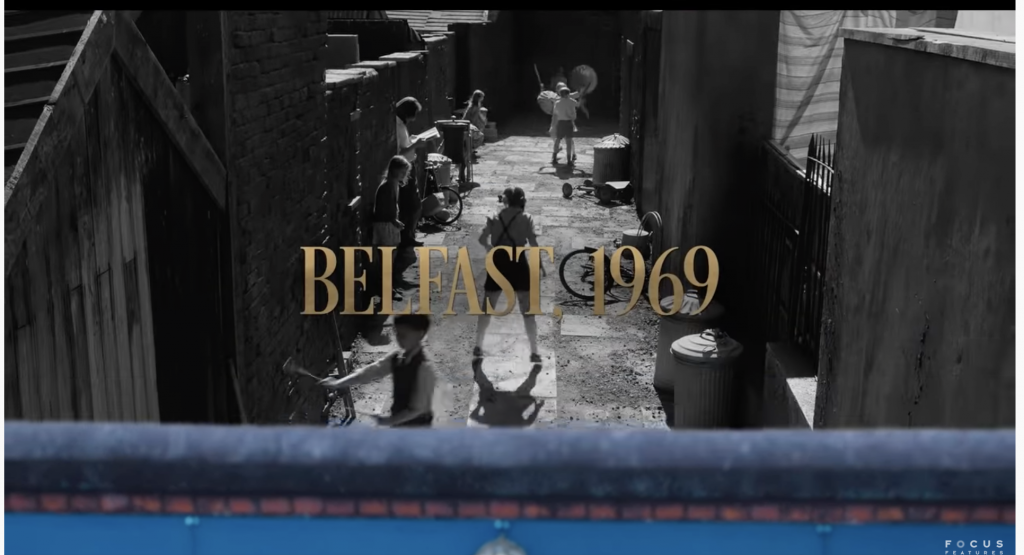 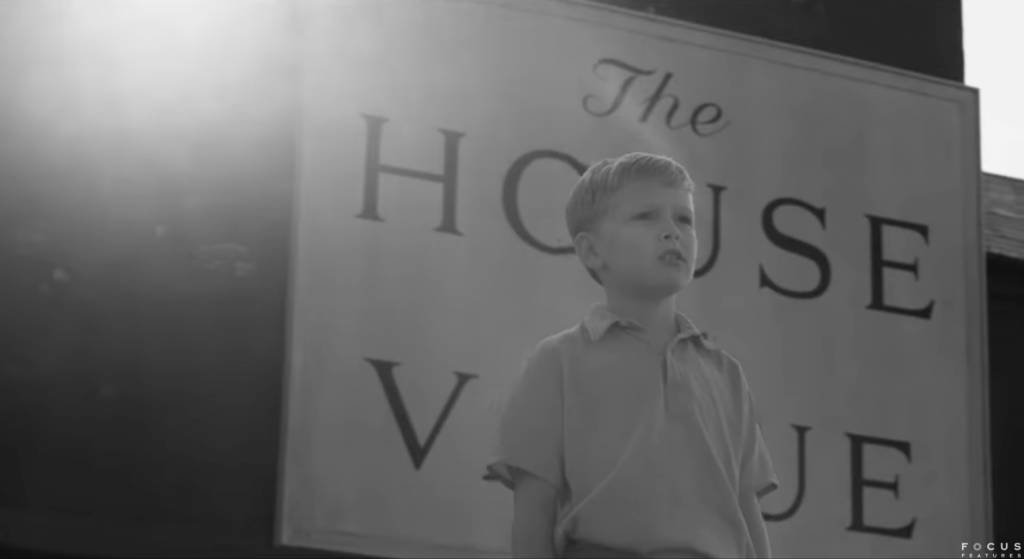 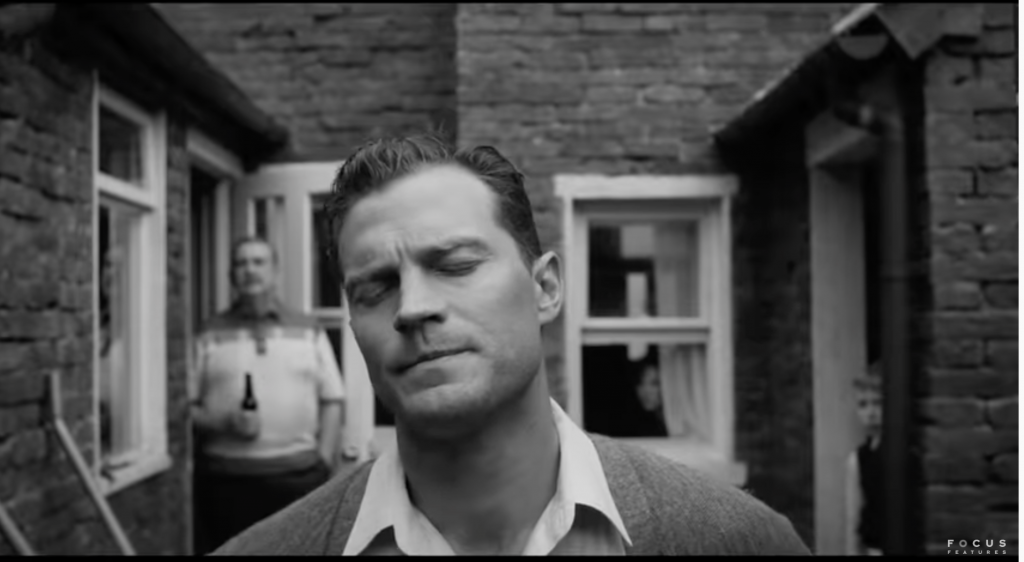 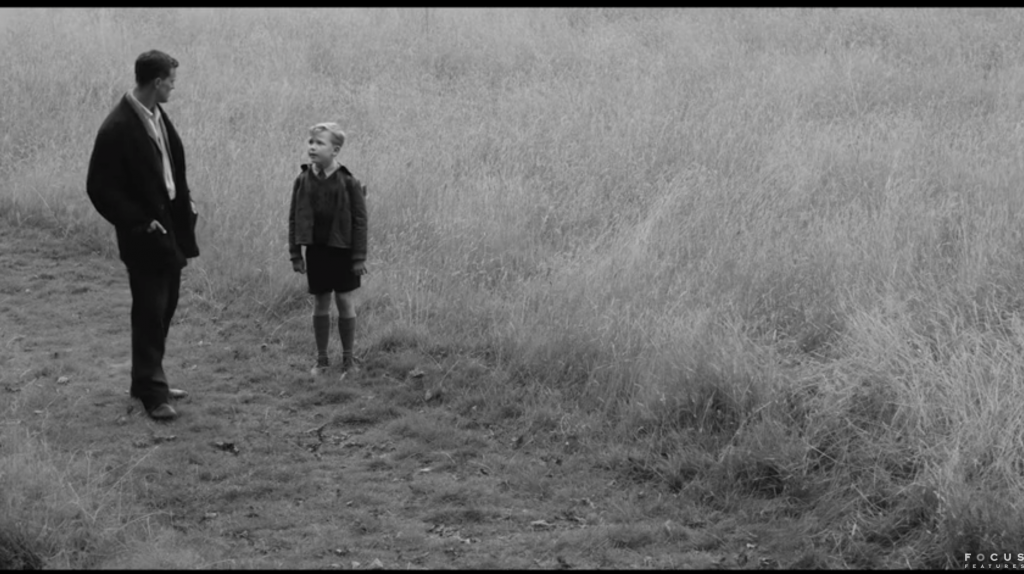 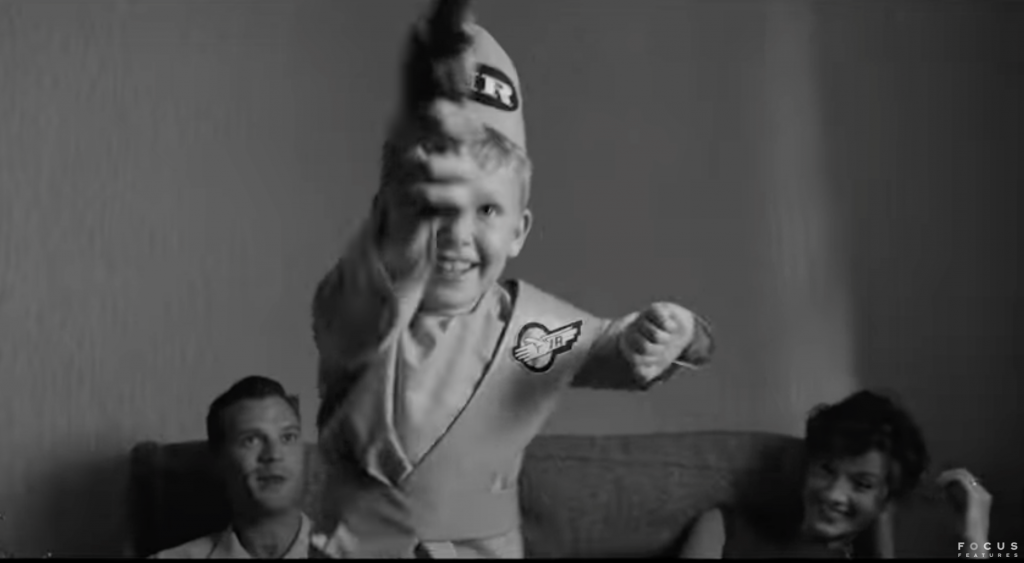 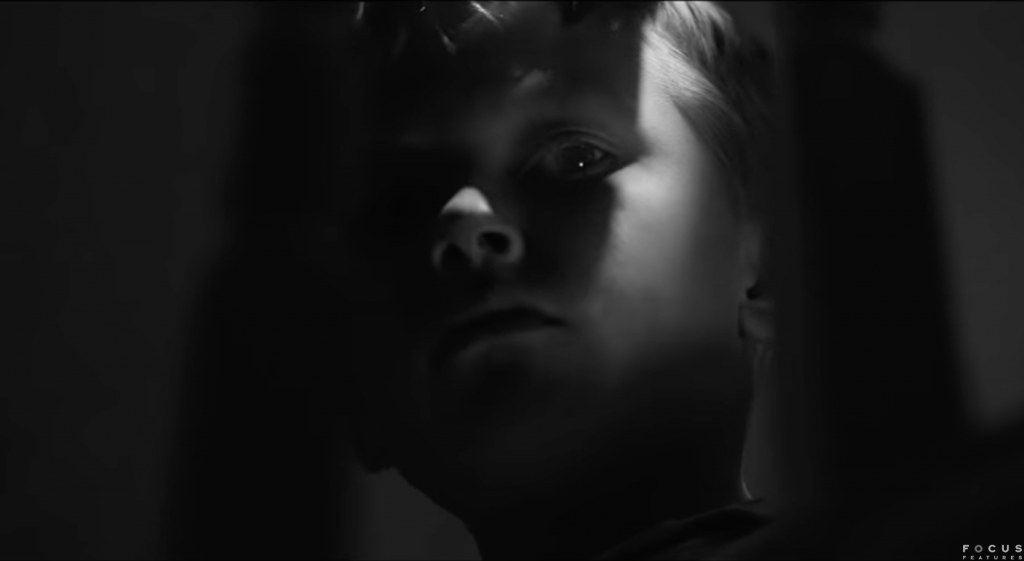 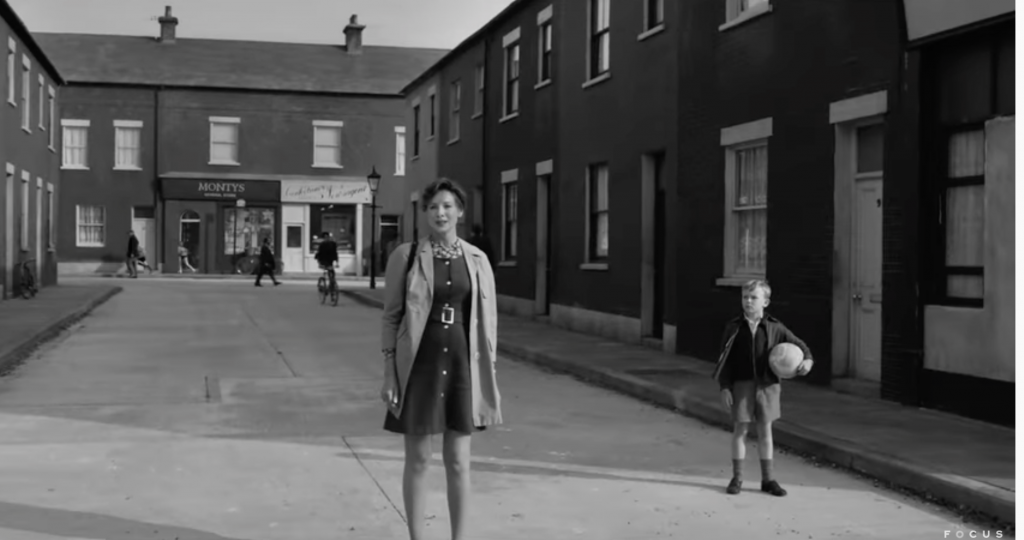 Recapping the First Two Days of the Telluride Film Festival