At film festivals we’re served dramas for breakfast, lunch and dinner, so anytime something that doesn’t take itself so seriously comes along it feels like dessert. Today we got two of those.

Argentinian directors Mariano Cohn and Gastón Duprat’s OFFICIAL COMPETITION, a comedy about actors starring three of the biggest ones in Spanish-language cinema, is quite a riot. It tells the story of an aging billionaire who decides to finance the making of a prestige film as his legacy and hires eccentric awards-winning director Lola (Penélope Cruz) and two big-shot actors for the job. Of the two men, the older Iván (Oscar Martínez) is the esteemed veteran who’s all about the craft and rejects flying first-class on principle. The younger Félix (Antonio Banderas) is the Latin superstar who’s crossed over to Hollywood and probably hasn’t been inside a commercial aircraft in years. When the three Artistes with various degrees of ego problems get together to make the film, hilarity ensues.

As someone who has seen too many prestige pictures, I love the premise of this film. Not only is the clash of different worlds and personalities always funny but, beginning with the first meeting between the clueless money guy and the self-important filmmaker, the story probably illustrates how many of these vanity projects get made a lot closer to reality than people realize. That element of truth brings out the real comedy of the ridiculous situations. This applies also to the scenes of rehearsals where Lola comes up with zany exercises for the cast to do and the two actors compete with their methods trying to top each other. The process of filmmaking can look funny anyway. Add to that the particular sensitivities and insecurities of those who do it for a living, and the comedic potential is limitless.

All three main actors are superb and you can tell they are having so much fun mocking themselves. Cruz plays the pansexual post-feminist auteur brilliantly straight-faced. Her obliviousness to the insanity of her requests and directions is to die for. Banderas gets the most laughs as the lazy, narcissistic movie star. A scene early in the film where Lola asks him to perform different levels of drunk on a numeric scale brought the house down. Martínez has the least flamboyant part but pokes fun at the serious actor-type just as memorably. The scene where he analyzes the work of a noise artist with his wife comes to mind. Throughout the film you keep thinking how good these three are, playing to the comedy of the material while making a serious drama at the same time. At one point Félix pulls a prank on the other two to trick their sympathy, and the comedic payoff is so seismic only because all three of them are consummate performers and on the absolute same wavelength. Simply delightful to watch. 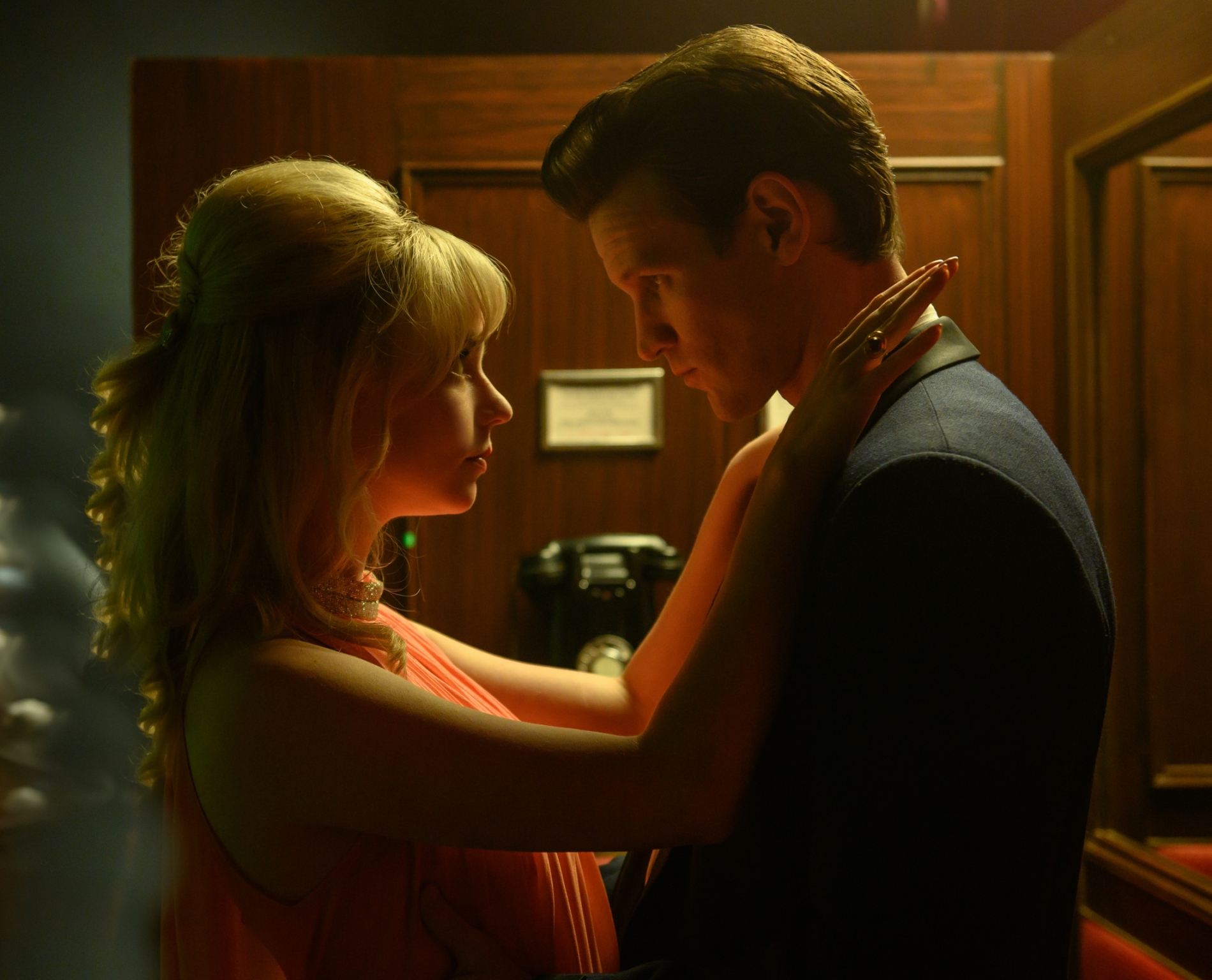 Another entertaining – if not really funny – watch is British writer/director Edgar Wright’s time-jumping horror romp LAST NIGHT IN SOHO. The story follows country girl Eloise (Thomasin McKenzie) who moves to London to pursue her dream of becoming a fashion designer. The move turns out to be rougher than expected, until one night she opens her eyes and steps out into 60’s Soho in the body of sexy wannabe singer Sandy (Anya Taylor-Joy). Although she always wakes up in her old bed as her sorry self in the morning, the nightly escapades into a better time as someone else become her refuge. But the fun doesn’t last as the life of her alter ego takes a darker turn and demons from the past start to haunt her waking hours.

I find the twisty screenplay very effective in certain parts but less so in others. The premise is certainly very intriguing. And Wright shoots Eloise’s first night out as Sandy with so much groove and pizzazz, complete with nifty mirror tricks, it’s hard not to be dazzled. But the whole mid-section of the film is a little wobbly as I find the “rules” for the crossover to be rather unclear. This never fails to bug me in films where you feel invested because of certain dos and don’ts. If these are not communicated clearly, it’s harder to really get into the silliness. Luckily the film has a strong third act that is properly surprising, takes the story in a completely different direction, and earns the blood-soaked finale fair and square. No complaints there.

Wright is one of the few directors working today who studios still trust to make these mid-budget, adult-oriented original movies. For that reason alone I’m always rooting for him. With SOHO, he expands his feature filmography into pure horror territory and I like it. The controlled mayhem feels like a natural fit to me. Shout-outs also to Steven Price for the snazzy 60’s soundtrack and to Odile Dicks-Mireaux for numerous instantly iconic, character-defining costumes.