The Telluride festival ended far too soon. There is always that mixture of “I want to go home” and “I don’t want to ever go home again.” We can’t LIVE in Telluride, we Oscar bloggers. We are invited to briefly taste its riches before scattering back into the various places we came from, and it’s almost 100% guaranteed most of those places aren’t going to be that pretty. For a few days, though, this was our lives – hustling from screening to screening, our plastic badges dangling around our necks identifying us as festival interlopers. Masks at the ready. Some heavy backpacks in tow. Proper mountain attire.

Almost immediately after a movie the Oscar chatter begins. It used to work in reverse. Extreme hyperbole and dramatic proclamations were mocked and discouraged. But now, because of Twitter everyone is like a potentially viral tweet the minute they see a movie. I’m guilty of this for sure. Lines like, “She’s definitely winning.” “That movie could win Best Picture.” “That is not getting any Oscar love.” But the truth is, we do not know. The Oscar race is fluid, not static. Things look one way in the serene mountain village of Telluride, but we’re not even to Halloween.

Remember, we still have to get through Thanksgiving, the holiday season, New Year’s, then a whole long month before voters have ballots in hand. Counting this month, that’s five whole months. When the Oscars were earlier, of course, everything WAS over by December. But we’ve got many movies to see. I only spoke to one person, Gregory Ellwood, a longtime Oscar vet, who said this out loud: there are many more movies to see and things are going to change.

There are some things that can be understood, especially if you listen to the actual festival-goers and not the critics/bloggers who want to be “right” and want to be “right” as early as possible so they can say they “called it.” It’s a truly silly and insular game but, in its own way, fairly cut-throat. No one would actually believe it if they saw it up close. In Elizabeth Chai Vasarhelyi and Jimmy Chin’s exceptional documentary, The Rescue, a group of misfits who like to dive and explore underwater caves ended up being the people who saved a group of Thai teenagers trapped inside. No food, no light – they somehow survived for ten days before they were found. It is one of the best films I saw at Telluride and worthy of a Best Picture nomination it’s so good, but it also celebrates people who were rejected by normalcy and gravitated towards something abnormal and then turned out to be better at it than even the Thai Navy SEALS.

The Oscar bloggers are kind of like that except minus the heroes for a lifetime, saving lives and celebrated by all who learn their story. Oscar bloggers are a band of misfits who are interesting in this one specific thing and know every last thing about it. Like cave diving, it’s a thing not only can no one imagine doing this intensely, but no one would want to do it this intensely. That’s because watching movies for some of us is to always be Oscar-ing.

What we do never really mattered much. It still doesn’t matter, but it matters more than it used to because the film industry seems to be on life support with the only thing to inspire people to still make movies at all is either for money or for art. And if it’s for “art” films have to compete in the Oscar race because any kind of buzz could mean success or failure for a movie, at least on the smaller scale that art can still exist in movies.

Oscar bloggers work somewhere between the publicists and the voters – curating, positioning, herding movies into a smaller pile, hopefully driving the best to the top so that by the time Oscar voters get to them they will know which ones we motley crew have decided are the frontrunners. We help build a consensus for them so they can then decide whether or not we got it right. Is that movie actually good or is it a lot of hype?

It can sometimes rob you of the better part of the movie-going experience. Enjoying movies. Believe it or not, I’m old enough to remember when there were maybe 100 film critics total. Now almost everyone who watches movies is a critic, watching with that critical eye, examining them for “flaws,” and trying to pin-point those flaws, aiming for a certain kind of structure. What was good, what was bad. At Rotten Tomatoes now, a big movie will get something like 400 reviews. Is that what movies were for? Is that what watching movies is supposed to be about?

Maybe. Maybe not. Maybe we’ve tightened the screw too hard and now it’s become useless. I think, save for one movie, I loved almost everything I saw at Telluride. And, like so many people I talked to there, it was hard to tell if it was actually the movies themselves or the fact that we were out among people. PEOPLE. Real live people. There was no way to keep COVID totally out because Telluride is not a closed city with a vaccine mandate. And of course even if you’re vaxxed you can still get it. If you are masked you can get it. It is a very contagious sticky little virus, but the good news about being vaxxed is that you know if you get it, god willing and if you are in reasonably good health, you will have symptoms but it won’t kill you. So it was worth the risk to bring it all back. We did what was required of us – wear masks everywhere, get tested, get vaxxed, weigh the reduced risk – but we all still said it was worth it to go, and boy was it ever. We can’t let COVID take everything. To quote someone at a party the other day, “We can’t let the virus win.”

The festival was run expertly by the Telluride team, Julie Huntsinger at the top of that list. We had a couple of rainy days and then that heartbreaking blast of sunlight, that crisp thin air, those craggy intimidating peaks, that crystal clear creek running through town. Nothing could ruin it.

This year, for the first time, I’m going to be putting together a “vlog” for you all once I get back to LA, dump my content, and edit it. Hopefully, that will give you a better idea of the big picture. But for now — you probably aren’t here for my random musings. Let’s get to the Oscar-ing part of it. What were the Oscar gets? It’s funny, you just never really know. But here is what I came away with from what I saw and heard:

These are the “rules” I tend to follow when thinking about Best Picture. If the years between 2011 and 2020 were “think five, not ten,” the rules now, and for 2009 and 2010, are “think ten, not five.” Think TEN because that is how many Best Picture nominees there will be. That makes it much easier to land a nomination and it broadens the types of films that will get in. With five, the movies tended to be the same kind of movie. With ten, you had a wider variety. For instance, in both 2009 and 2010 animated films got in. Movies like District 9 got in. We’ll do a deeper dive on this a bit later, but for now, movies that are “bigger” will definitely do better under the new system, as will “smaller” movies.

Passion drives nominations but general like and love drives wins. So, if people passinately love a movie but a lot of people hate it, that helps it get nominated, but it generally can’t win. Hate is a Best Picture winner killer, but it doesn’t really hurt for nominations as you only need a specific number of number ones to place. It helps to still be top five, obviously, and in total a film is going to need about 1,000 people to like it and love it to land a spot.

With these things in mind, here are my own Best Pic gets from Venice and Telluride:

There are still films left to be seen at Venice, then Toronto is up next, along with the New York Film Fest and finally, the AFI Fest. That’s all before the standard release films hit in December. So as you can see, this is really just the preliminary phase. But this is what we do. For better or worse. We chase Oscar.

I will come away from Telluride with a lot more than the Oscar thoughts rambling around in my head. I will remember what it feels like to be around people who know you for who you are rather than the part of you people know through social media. I will remember how fast time goes, and how it could all be over in seconds. I will remember how it feels to sit in a room full of people who are with a movie. It feels good. Really good. It is a reminder that movies aren’t really meant to be enjoyed solo, although they can be. They are part of a long tradition of communal storytelling, essential to the human experience. That is what applause is for. To unite people in common cause, to feel enthusiasm and appreciation. Belfast received two standing ovations for its premiere, and the news of record standing ovations in Venice always make headlines. To feel a cross current of love is really what the whole thing is about. To then mill around with others and talk about the movies extends the experience further.

Seeing movies in a room full of people is like sugar, sex, rainbows in the wake of a storm, – ain’t nothing like the real thing, baby. 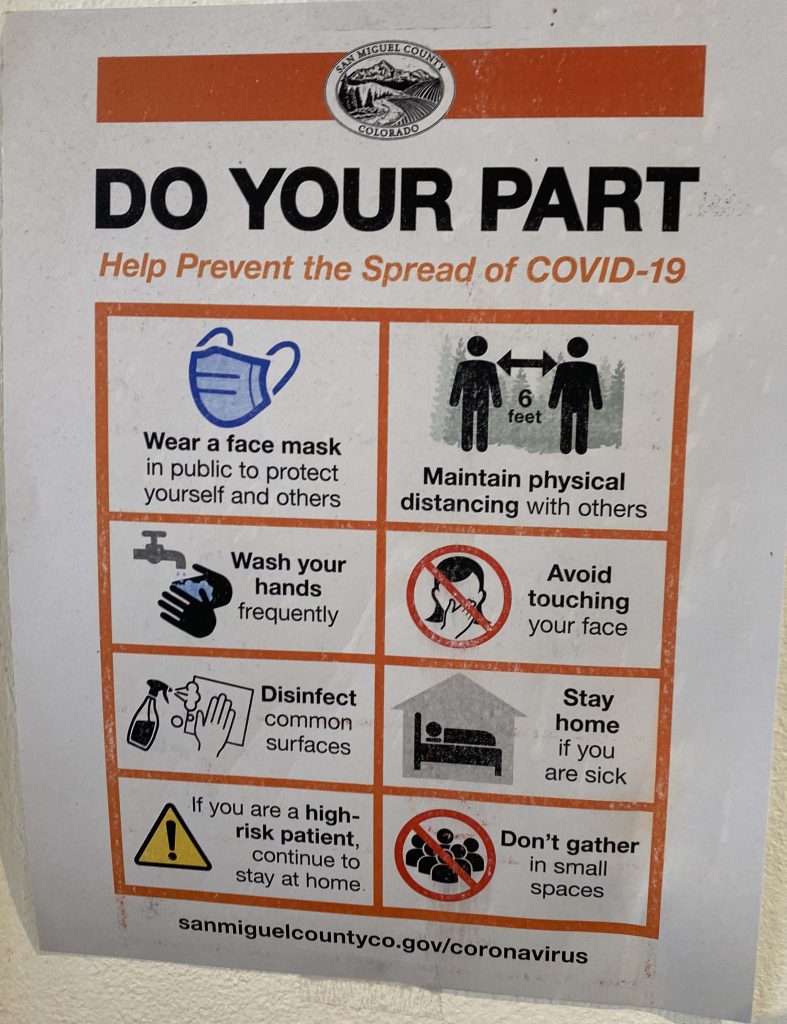 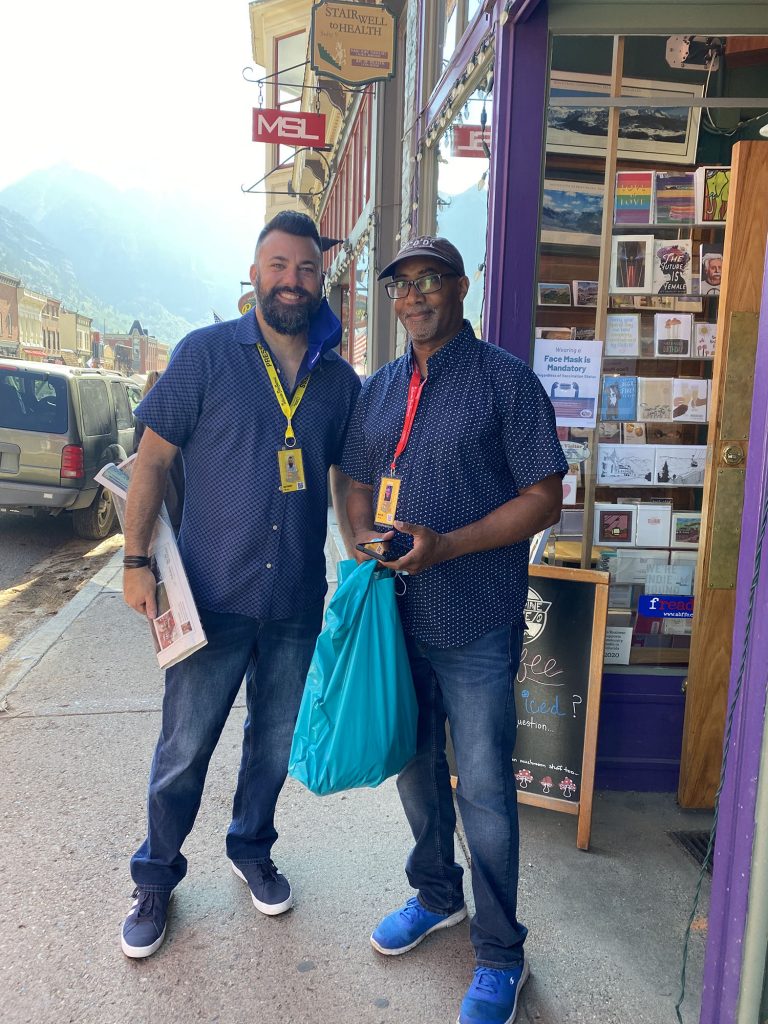 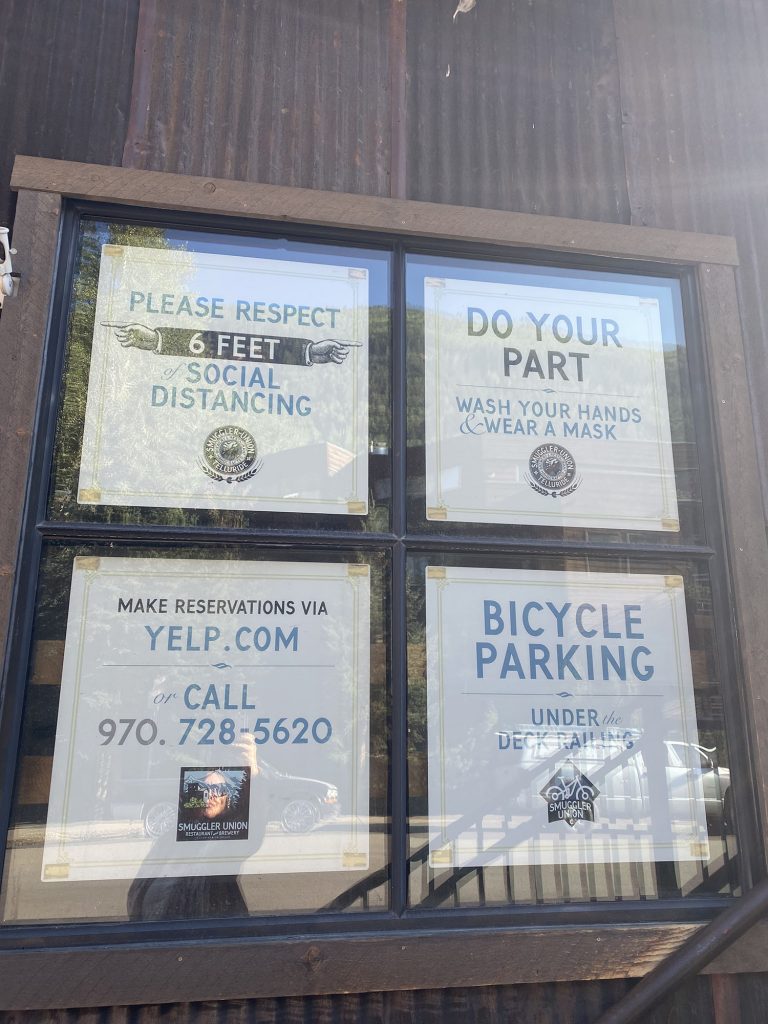 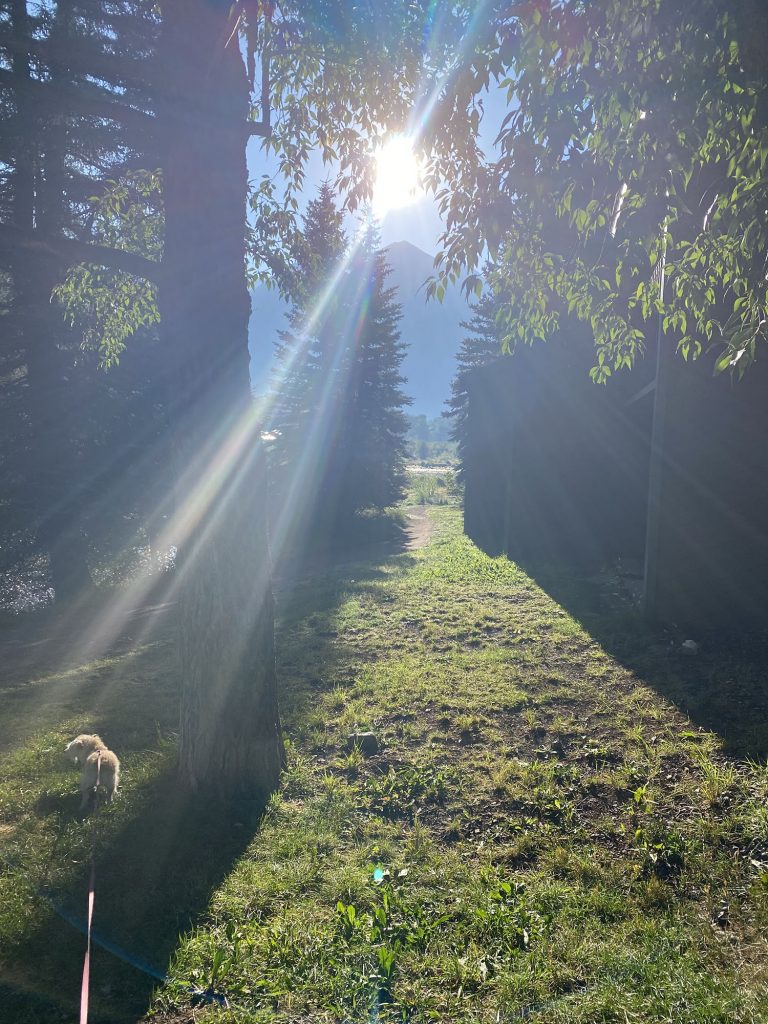 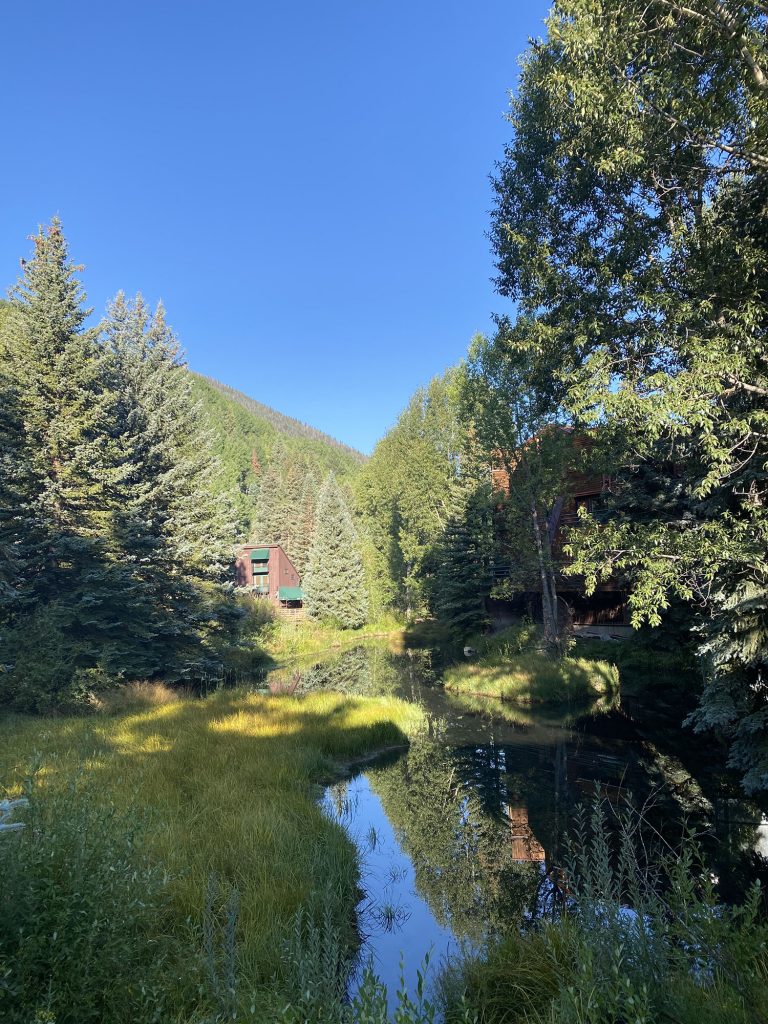 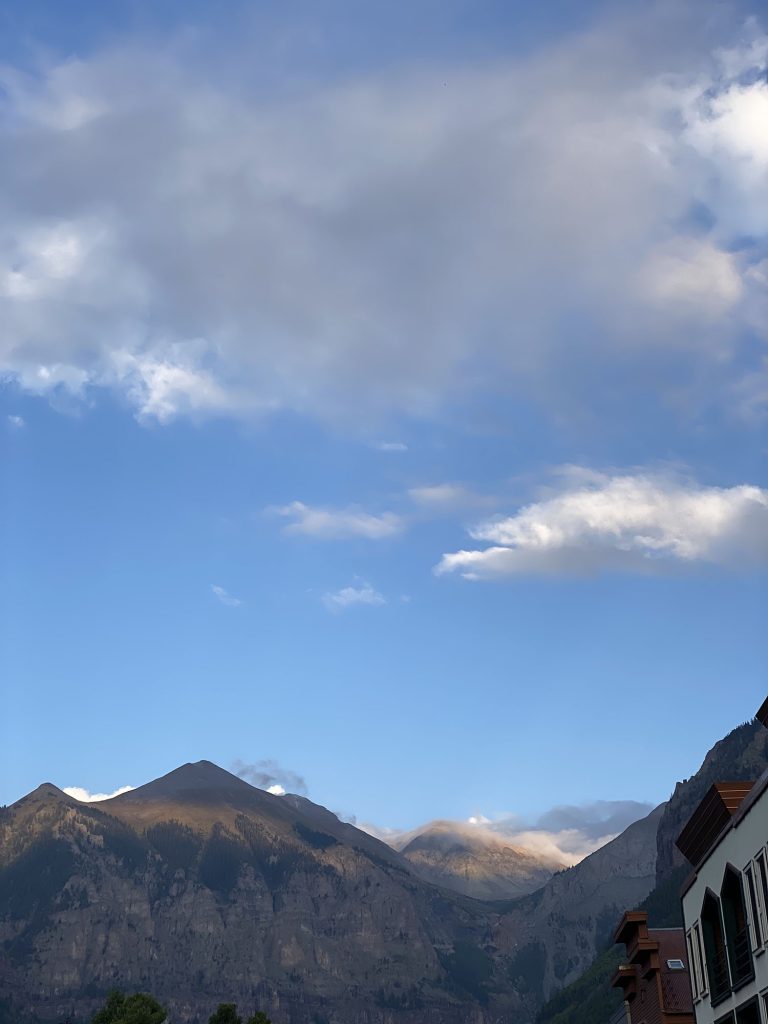 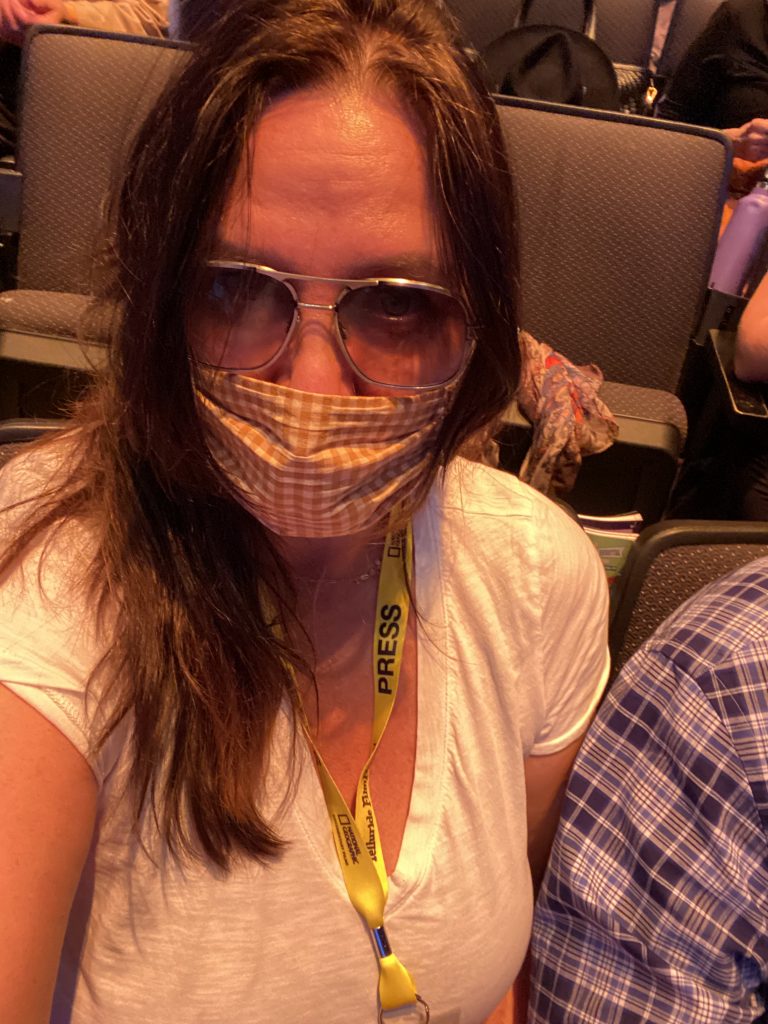 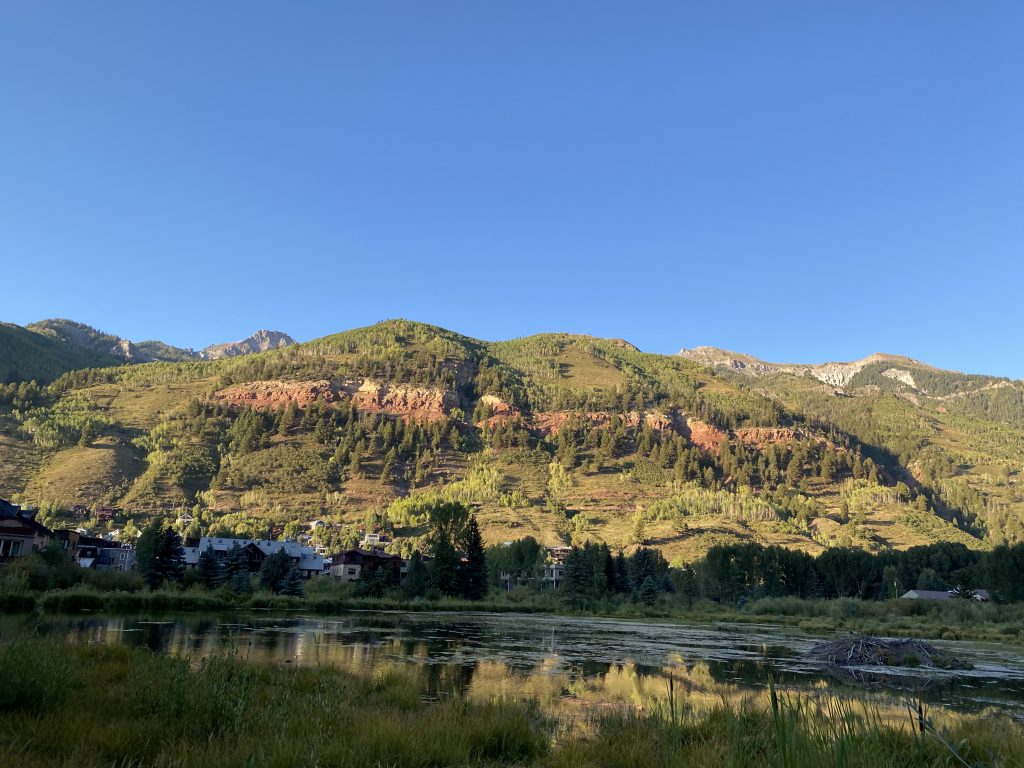 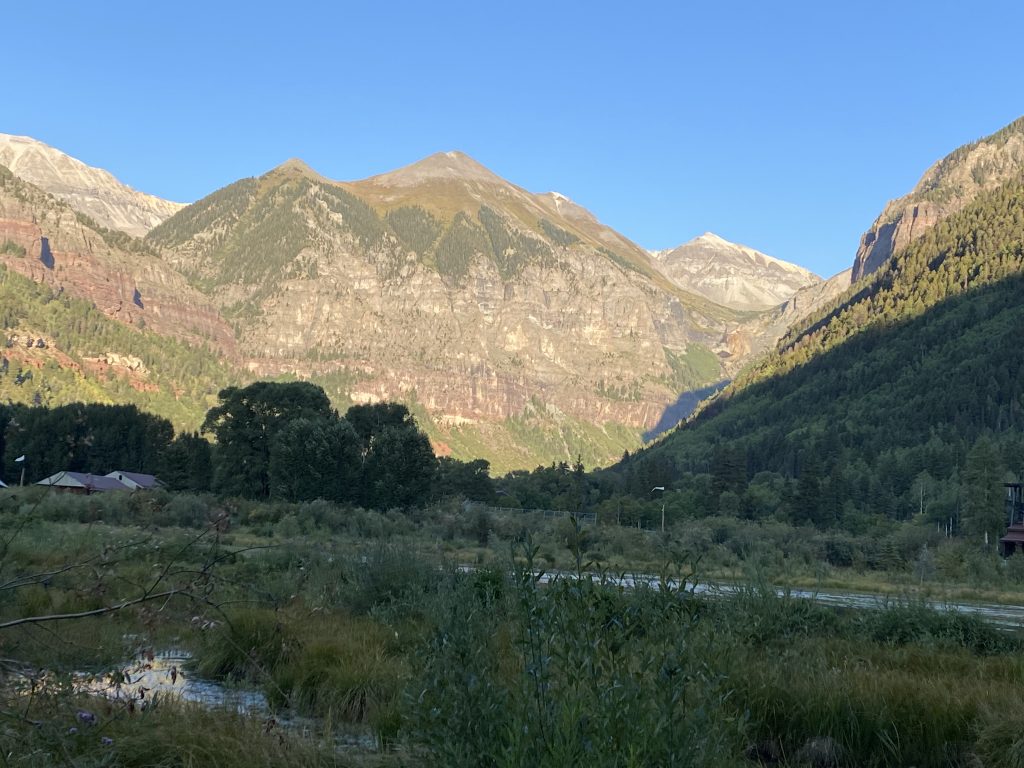