We’re revealing the thoughts and preferences of voting members of the Television Academy in our annual Emmy Confidential series.

We’re finally down to the final week before the major Emmys are revealed on Sunday, September 19th. With all of the campaigning, advocating, and bingeing behind us, Team ADTV had the opportunity to talk to some voters to see what was going through their minds as they cast their votes. This is what we call our Emmy Confidential series. 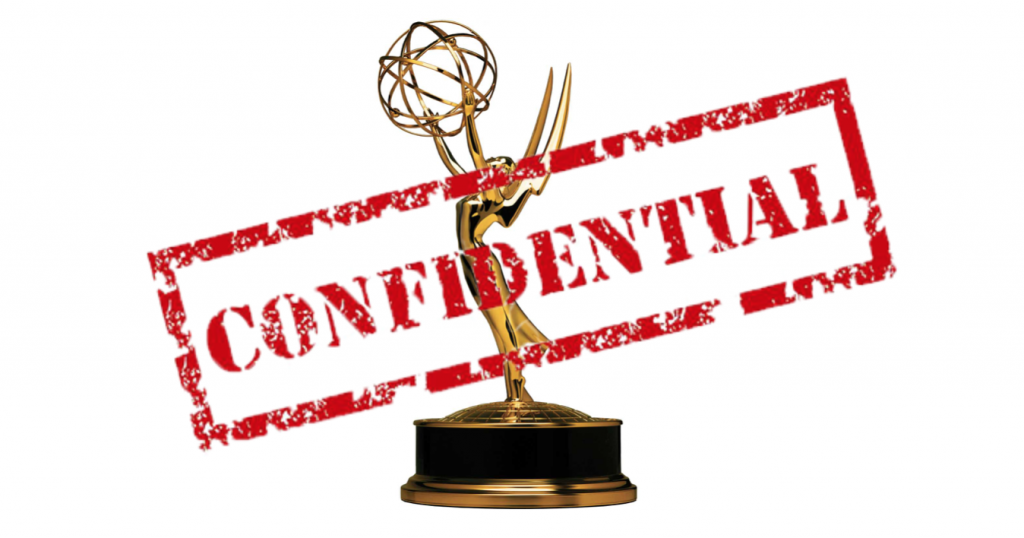 First up, our Producer found this year unexpectedly compelling with more series eliciting strong emotions than in years past. That is excluding the Comedy Series race, which our Producer believed had too many slots to fill. It was the Limited Series race that gave the Producer the most pause, delaying the completion of the Emmy ballot until later than usual. That final choice between a handful of very good series became a tough call to make.

But first, the Drama race…

Lovecraft Country – I almost wanted to love this show. I almost wanted to choose it in protest, but I also didn’t want to throw my vote away. I’m glad they all got nominated, though. I mean, look, it wasn’t perfect. It was kind of messy at times, but I thought it was bold. I did vote to nominate it. So that’s that’s sort of as far as I would go with it.

The Boys – I voted for this in Season One, and I’m glad it made it in this season. I just think it’s so fun how it turns the superhero movie on its head. I think it’s just enjoyable. They all seem to be having a fun time making it I think it’s fantastic.

Bridgerton – I did put it on my nomination ballot. I would never vote for it to win, but it was a big hit. It was enjoyable. It’s well made. I’m sort of glad when something like that makes it in. It’s something a lot of people have seen.

The Crown – I was shocked how much I loved this season. I did not even make it through Season Two and Three, which I’ve just mostly found dull. It just didn’t work for me. Probably because I grew up in the 80s and know all these characters at this point in their lives, I just thought they did an incredible job with it. It was just riveting. The acting was incredible. It was the first season where I just couldn’t stop watching, and I made it through that weekend. One last thing I have to say, shout out to that episode with the intruder which I thought was fantastic. He should have been nominated for Guest Actor.

The Handmaid’s Tale – The series is becoming diminishing returns. I loved it in Season One. I voted for it. I’m glad Game of Thrones was ineligible so it had its sweep. I still respect the actors and everyone doing it. I’m sort of checked out of it. I still watch, but I can’t say I’m excited every week when the episodes show up.

Pose – I think it was one of those obviously groundbreaking and historic. It’s one of those series that I respect more than love at this point. I’m glad Mj Rodriguez got nominated. I’m glad it’s a show that exists because it’s great that their stories are being told.

I voted for… The Crown.

Emily in Paris – The one thing I have to put on record is I made fun of the Golden Globes when they nominated Emily in Paris. I thought that said a lot about that organization and, cut to July, and I find out my colleagues decided it was worth nominating as well. I’m embarrassed that that happened. That’s all I can say about that. Search Party is right there!

Cobra Kai / Pen15 – There’s two that I don’t really watch but I do respect: Cobra Kai and Pen15. I like what they are. I just haven’t really watched much of them. I know that sounds weird to say. I do still think they’re good shows, and I have tons of friends that love both of them.

The Flight Attendant – I just thought it was an enjoyable, fun series. I was happy that Kaley Cuoco was able to produce something like this. It just suited her. It was just a perfect show at a perfect time when I just needed something to watch. I think everyone felt that way.

The Kominsky Method – I don’t like it. I tried Season One. There’s another one where I actually know people who love it. I’ll just say that it’s just not my thing.

Black-ish – I used to watch. I think it’s a great show, but it’s another one I just sort of eventually just fell off. Oddly enough, I still watch grown-ish, though.

Hacks versus Ted Lasso – This obviously came down to Hacks versus Ted Lasso for me. They are both great shows. Hacks came down to the force of Jean Smart’s performance. It’s funny and the other characters are good. Ted Lasso just had a little bit more for me in terms of the number of actors that turned in incredible performances. There’s something about that overwhelming positive attitude. The whole thing worked for me.

I voted for… Ted Lasso.

The Underground Railroad – So this was the category that made me hold off because I had the hardest time. I think all of these could actually deserve to win and would be fine with that. That’s not even including Small Axe which deserves to be in here as well. Amazon just dumped this all at once and literally no one talked about it. We got 10 hours of Barry Jenkins which is fantastic, but I still have three episodes to watch. I liked what I saw, but it just didn’t have the buzz.

WandaVision – Shocked how much I loved it. I’m not a Marvel fan really. I was just blown away. By the way, I loved it so much that I went back and watched all The Avengers just to really understand how Wanda and Vision fit into it, even though they’re literally in about 10 minutes of any of these movies. It’s still just far more depth and creativity than I would have ever expected from the Marvel Universe. That sounds like a horrible backhanded compliment, but I thought they did a wonderful job. In a different year, I could have voted for it. I would be perfectly fine if it won.

I May Destroy You – This was sitting on my DVR for ever, and I finally watched it this past May. I was just blown away by it. I obviously heard everyone talking about it. When she or the show wasn’t getting nominated, people were upset about it. I didn’t even know what to expect out of it. It just felt so personal. It’s just so raw. It was just incredible.

The Queen’s Gambit – I loved it as much as everybody else. It was just beautifully shot. They made chess interesting. It was a fun ride. It swept through the through the winter awards season because it was definitely the best in the category at that time.

Mare of Easttown – Another one I got sucked into. I loved Kate Winslet – she was fantastic. It’s been sort of hit or miss this last decade for her in the roles she’s taken. I was just blown away about how great she was. Talking about another show just about grief and processing grief, that sort of was the whole point of the show. It felt like the mystery was sort of secondary to that.

I voted for… I May Destroy You.

Oscar Podcast -- Telluride and Toronto and the Best Picture Race