In looking over Oscar history, it seems clear that in the era of the expanded Best Picture ballot, most of the acting winners will come from Best Picture nominees, but especially Best Actor and Best Supporting Actor.

Actors have the most influence over what wins Best Picture because the acting branch is so much bigger than any other branch. The acting categories are decided by plurality vote. The Best Picture category is decided by a majority vote using the preferential ballot. The main difference is that a performance can be divisive and still win — what drives it will be passion. With Best Picture, the preferential ballot does not like divisive at all. What drives it is passion but it also has to be something people push to the top of their ballots even without passion. For instance, if Glenn Close was up against Olivia Colman on a preferential ballot, Close might have beaten her because she might have had more down ballot votes than Colman, who would have more top ranking support.

It has happened but it’s rare. It could have happened, but predicting both was a major risk, given the patterns of the past.

Having ten slots for Best Picture is going to shift how Best Picture will be decided. Passion will matter, but not as much as it mattered from 2011-2020, when there was a choice of anywhere between 5-10 nominees. You were looking at voters’ top five, not their top ten. But with ten, they are going to be more flexible with what they choose. However, given that, it is even more likely than not that the acting winners will come from one of the ten. 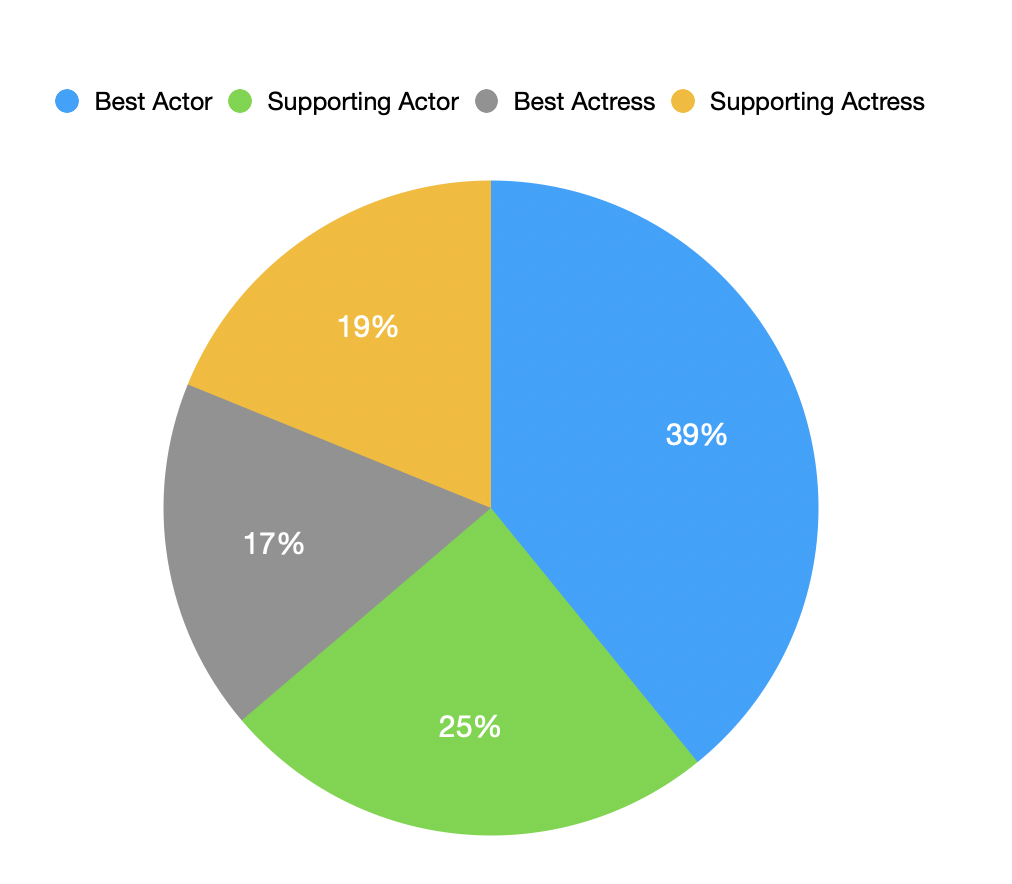 It has only happened twice that all four acting categories went to winners who did not star in Best Picture nominees:

Which category is most likely to win without a Best Picture nomination?

That means if you are going to pick one winner in the acting categories from a non-Best Picture nominee, there is a good chance that is coming from Best Actress, almost as good a chance coming from Best Supporting Actress, less of a chance for Actor and Supporting Actor. Most importantly, you should aim for only choosing one of the four, unless you have very good reason to believe another 2011 will happen. In that year (and only that year) did two actors not in Best Picture nominees won. Every other year just one winner in the acting categories did not come from a Best Picture nominee.

So what does all of this mean?

It confirms what we’ve always known: actors are the most influential branch in the Academy. But it also means that voters like to spread the wealth when they have a lot of Best Picture contenders.

The simple rules are:

3/4 of the acting category wins will go to a Best Picture nominee.

Category most likely to be from a Best Picture nominee: Best Actor/Best Supporting Actor

Category least likely to be from a Best Picture nominee: Best Actress

Category most likely to match with a win, along with Best Picture: Actor/Best Supporting Actor

Category least likely to match with a win, along with Best Picture: Actress/Best Supporting Actress

So, in terms of this year, the pundits at Gold Derby have it right now as: 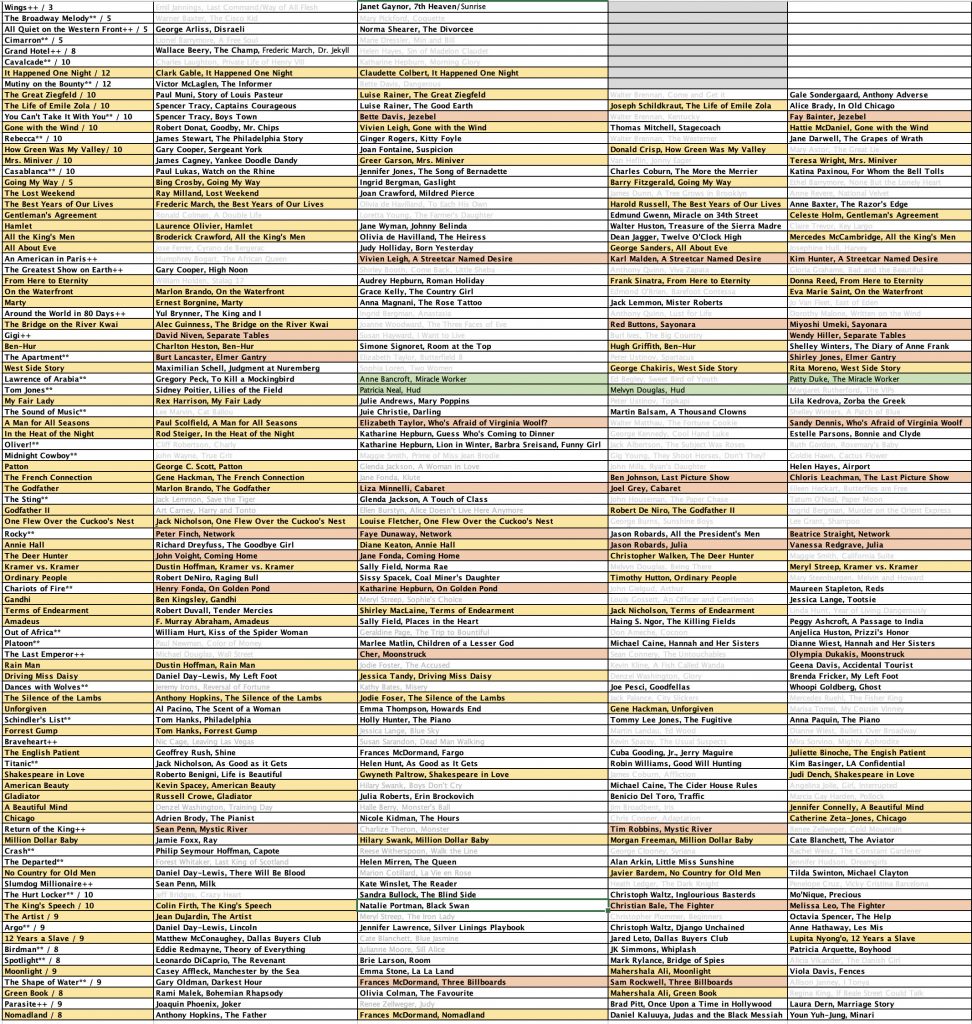 by Sasha Stone
64
No Result
View All Result