Mia Hansen-Løve and Vicky Krieps Speak On Art and Love

Bergman Island is one of the more intricate and contemplative films you will see this year. Set on the alluring Swedish island of Fårö, Mia Hansen-Løve’s gorgeous film is deeply personal and self-reflective. Fårö gained its nickname by being the adoptive home of Swedish filmmaker Ingmar Bergman, who famously used the island as the backdrop for many of his films, including Scenes From a Marriage. He lived on the island until his death in 2007. There are plenty of Easter eggs and hidden charms in the film that a seasoned cinephile can link back to the mythical figure.

Vicky Krieps and Tim Roth star as Chris and Tony, married film directors staying on the island seeking inspiration for their next projects. The pair is at opposite ends of their careers: the former trying to find her voice while the latter is a seasoned filmmaker hosting screenings of his own movies. Their age gap shares a resemblance with Hansen-Løve and her former partner, director Olivier Assayas. The comparisons don’t stop there, as Krieps and her director have a similar physical appearance and age. The younger actress in the film, Mia Wasikowska, even shares a name with her director. 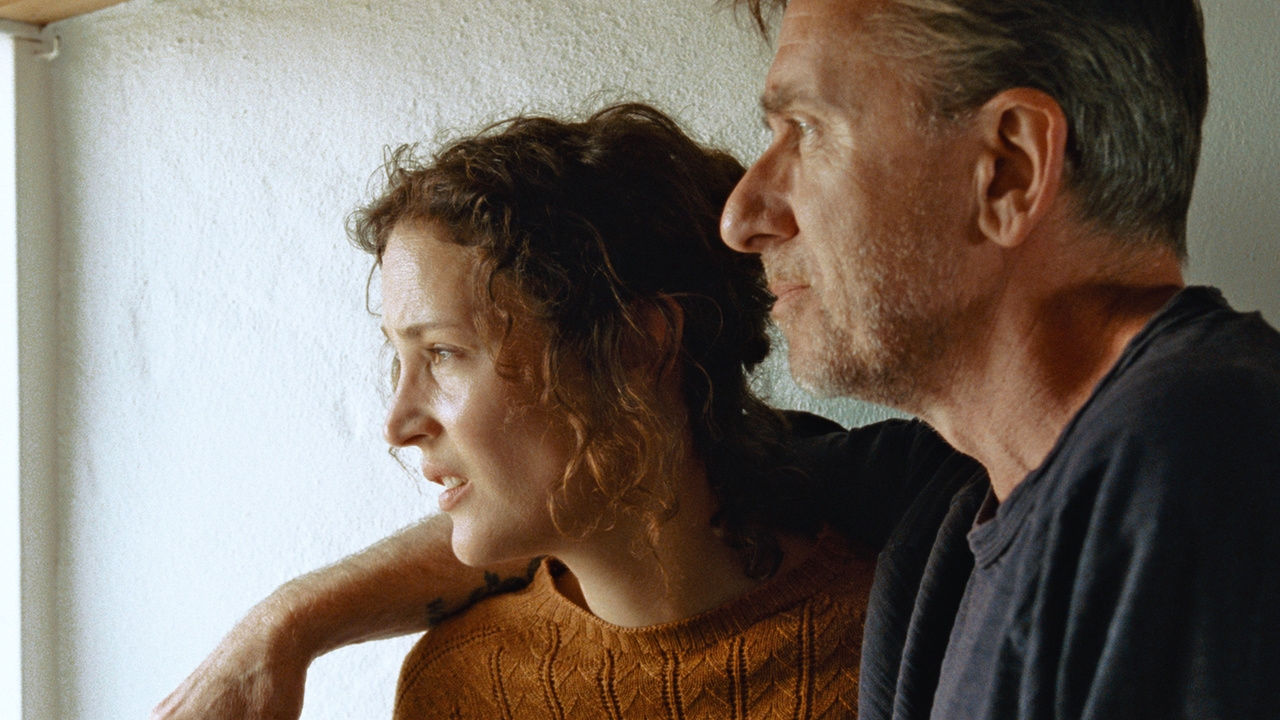 Bergman Island works best as it transforms into a movie-within-a-movie. Hansen-Løve masterfully weaves the tales of her two on-screen surrogates together, blurring the lines between reality and fiction. As the film gravitates towards Wasikowska’s character, Amy, there is a deeper sense of what the director’s intentions are. Amy’s story is being told through The White Dress; a script Chris is writing. Like her creator, Amy is also a young, aspiring filmmaker. This parallel connects the writer to her character in similar fashion that Chris is tied to Hansen-Løve. Amy, like Chris, is struggling with the creative process and the contrasting pressures that might be placed on a female artist. All three women seek the freedom to tell their story however they choose and to draw inspiration from wherever they seem fit.

Bergman Island is a charming and meditative look at the endeavors of both art and love. I was absorbed by its dreamlike effect, which has lingered in my mind for days since screening the film. Krieps is as precise and lucid as ever, perfect in the role of the challenged writer trying to escape the colossal shadows of both her husband and the film’s namesake.

I had the pleasure of speaking to both the accomplished writer/director and her exceptional actress.

Bergman Island is distributed by IFC Films and will arrive in theaters on October 15th.

No Time (for Movie Theaters) to Die