Peter Dinklage Is Cyrano, Here Is the Trailer

by Sasha Stone
in Trailers
48

One of 2021’s best musicals finally gets a trailer. The film has been seen already in Telluride but now there is a much clearer look at the singing, the atmosphere, and of course, the great Peter Dinklage.

Experience the greatest love story ever told. Watch the official trailer for #CyranoMovie now, from director Joe Wright and starring Peter Dinklage, Haley Bennett, and Kelvin Harrison Jr. – in theaters this December. Directed By: Joe Wright Cast: Peter Dinklage, Haley Bennett, Kelvin Harrison Jr., Bashir Salahuddin, and Ben Mendelsohn About MGM Studios: Metro-Goldwyn-Mayer Inc. is a leading entertainment company focused on the production and distribution of film and television content globally. The company owns one of the world’s deepest libraries of premium film and television content. In addition, MGM has investments in domestic and international television channels, including MGM-branded channels. 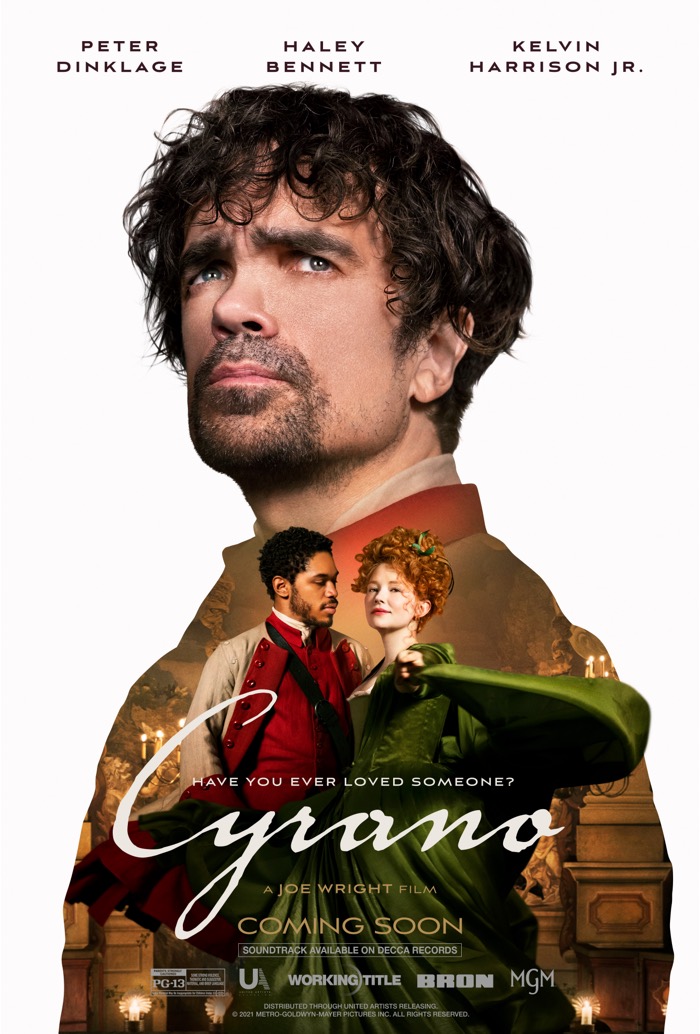