The male protagonist, especially the American male protagonist, is having a moment. As I was recording my latest episode of Goldtripping, which I have not updated since December of 2020, I was looking at the male protagonists from 2013 from the lens of 2021. I could see the “lost men” much more clearly than I ever could. I remember noticing it then and wondering what was going on inside the heads of the still-mostly male and mostly white Academy.

There was Joaquin Phoenix in Her, Bruce Dern in Nebraska, Leonardo DiCaprio in the Wolf of Wall Street, Christian Bale in American Hustle, Tom Hanks in Captain Phillips, Matthew McConaughey in Dallas Buyers Club and Chiwetel Ejiofor in 12 Years a Slave. It was a very male-driven year but there was something prophetic about it. If you look closely at these men you will see that with the exception of McConaughey (the Best Actor winner) and Ejiofor (in the Best Picture winner) you will find mostly purposeless men. Lost men. Helpless men. Trapped men. Greatly flawed heroes.

A while back I wrote about the pendulum swing as plotted out in the book Pendulum: How Past Generations Shape Our Future, which is an interpretation of Neil Howe and William Strauss’ book The Fourth Turning. Both of these theories see American life in 80-year cycles. The last cycle of these is usually the most disruptive and often violent: the Revolutionary War, the Civil War, WWII, etc.

In Pendulum, those 80-year cycles are divided into two 40-year cycles. These are either “me” cycles or “we cycles.” According to this theory, which was predicted all the way back in 2012 in Pendulum (back in 1997 in The Fourth Turning), we are in the last gasp of the “we” cycle. The “me” cycle is all about individualism and the hero’s journey. Traditionally, not just in this country but globally, that would be a male hero, or male protagonist. The “we” cycle is about thinking collectively rather than individually.

On the one hand, everything has changed. It looks from the way films are cast that all of the efforts to be inclusive have succeeded. If you look at any major movie or television show you will see the puppet strings quite visibly. They are wearing their diversity efforts loudly front and center because, if they don’t, they know they will face outrage or disinterest online.

On the other hand, nothing has changed. It just looks like it has. 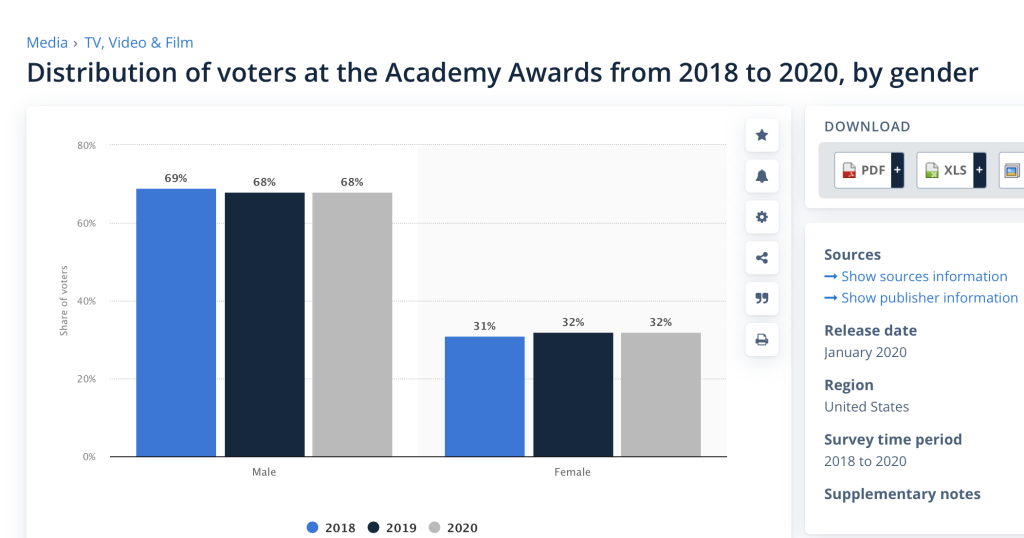 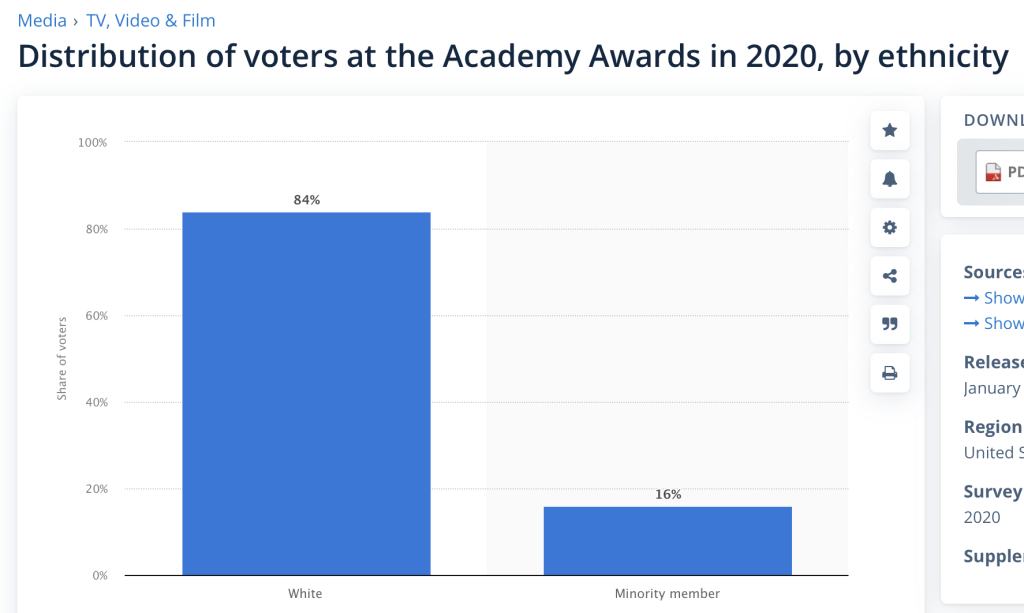 So essentially, we have an illusion of change being pushed by the entire cultural left, and a reality that is poised to confront it. The reason being is sooner or later it’s hard to keep an illusion going. If the country is still 60% white, and the industry is still mostly white and the Oscar members are still mostly white, then the illusion that it is a more diverse community will stop ringing true at some point. But that point is not now. Right now, everyone feels as though genuine activism has been achieved. That is where we find ourselves in 2021.

One only needs to visit the Academy Museum to see this on full display. There are no exhibits on Louis B. Mayer or Harvey Weinstein, arguably among the most influential figures in Academy history. There is no studio system or star system at all. There is nothing that would remind anyone of the Academy’s actual history, or at least what most people think about when they think about the Oscars. Instead, it is a beautiful erection of modern-day virtue to educate visitors on what they’ve left behind for the past 94 years as they pursued their own heroes’ journeys.

I say this not to humiliate them or to call them out or to make anyone feel bad, but just to point out that we’re all sort of floating through an “Emperor’s New Clothes” kind of moment. People know the truth, but they can’t say it because they are pressured to go along with it, and they don’t want to be thought of as bad.

I imagine there will be a backlash and a pendulum shift. But until that happens we will be keeping the plates spinning in the air. That is why, by the way, Will Smith in King Richard is a blaring green light for the win. Not only is the performance great, and not only is the movie great, but there is no conflict with how Hollywood presents itself. He’s portraying a black man who pushed two of the most successful female tennis champs in history. It’s a great story and one that probably illuminates what 2021 is about more than just about any other.

I’d throw in Respect too, come to that. And CODA. All three of these films meet the requirements as they’re made by, written by, and starring either BIPOC, women, or people with disabilities. I don’t know if all three of these movies will get in, but I know that because of who is behind the camera they will be given more consideration than they would if they were, say, directed by white men.

However, Belfast, which is male-driven in front of and behind the camera, is doing well despite what 2021 is all about. There is something warm-hearted about it with its final message of healing. We need that too. I’m not sure how these two dynamics will play out by the final act. I guess we’ll just have to wait and see.

Let’s take a look at the winners in the era before the expanded ballot, back to the 1990s.

But ff we look at the Best Actor winners in the era of the expanded ballot, we see that only twice, in 2010 and 2011, did Best Actor and Best Picture match:

This year, our frontrunners are very much heroes for this era. If we look at the five strongest heading into the final gasp of the season, we have:

And a fifth slot to be determined. Some of the names tossed about would include: Bradley Cooper in Nightmare Alley, Matt Damon in The Last Duel, etc.

But again, the thing to note is that only twice in the era of the expanded ballot has Best Picture and Best Actor matched:

I don’t know what it says about the Oscars that these go together less. But just for fun, let’s look at the past 20 years prior to the expanded ballot.

So it didn’t really happen that often without the preferential ballot in play. It seems voters always prefer to spread the wealth. However, it does seem like most Best Actor winners star in Best Picture nominees, but for a handful of times.

What it appears to look like so far this year is that we will have a split between Actor and Picture, at least according to history. But then again, you never know.

Let’s do a poll. Which five do you think will be nominated for Best Actor?